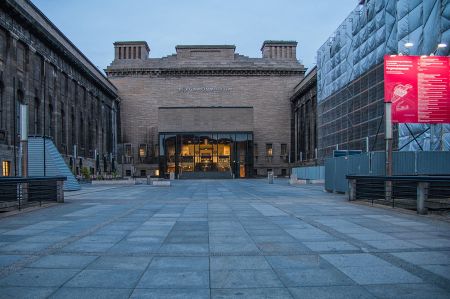 Of course, the point of discussion always comes up as to whether it is right to present cultural assets far away from their original location as “loot” or as “rescued cultural assets”, whatever the perspective of the individual.

Discussions about this will certainly continue and disputes in this regard are inevitable. The positive thing about it is that the fundamental public interest in preservation is finally growing.

Pergamon - Looted art and/or protection from destruction and loss 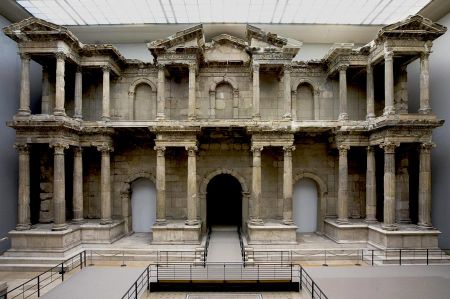 Magnesia, Pergamon, Didyma, Hierapolis and many other places would certainly have disappeared completely today if there hadn't been people like Carl Humann who took care of the excavations and seizures. In the 18th and 19th centuries in particular, tons of the really precious marble from ancient cities was simply burned to extract lime. What treasures have been lost? And the destruction is still in full swing in many regions.

After several years of traveling through Turkey, we can say quite clearly how good it was that people like Humann, Hallerstein and Amelung were able to at least partially protect cultural assets from destruction. How good that there were and are places that help to protect and preserve these cultural assets, even if military conflicts make this seem almost impossible.

So thanks to Carl Humann and thanks to the Pergamon Museum!

In the years 1897 - 99 the first complex of the Pergamon Museum was built by the architect and master builder Fritz Wolff. At the opening in 1901, a portrait was ceremoniously unveiled in honor of the archaeologist Carl Humann, because Humann was one of the driving forces behind the construction and thus the accommodation of his own finds from Pergamon, Priene and Magnesia. Unfortunately, the building had to be demolished as early as 1908 due to severe subsidence in the ground. 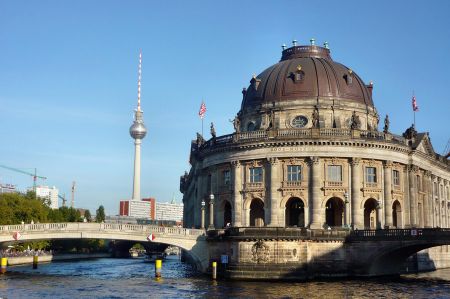 As early as 1906 there had been plans to replace the first museum with Wilhelm von Bode, who had been Director General of the Royal Museums since 1905. Important monumental finds in Babylon, Uruk and Assur would not have made it possible to house them in the first Pergamon Museum anyway due to their size. In addition to the antique architecture in the north wing, the new, larger museum should also house German art from the post-antique period and the south wing should house the Islamic art department. Alfred Messel was the architect who designed the building in neoclassical design. Since Messel died in 1909, his friend Ludwig Hoffmann, city councilor for construction, took over the construction work.

Despite the start of construction in 1910, the construction work could not be completed due to the First World War 1914-18, the November Revolution of 1918 and the inflation of 1922/23. Only in 1930 could all three wings of the museum be completed and the museums opened.

Return of the looted art to the GDR 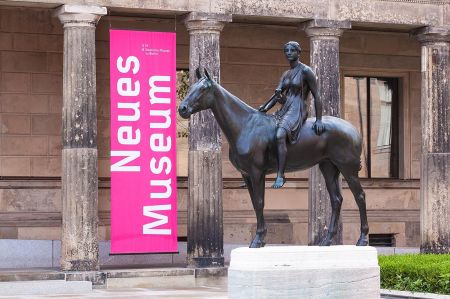 The Pergamon Museum was hit during the first air raids, and later even badly hit. Fortunately, a large number of the monumental pieces had been safely walled up and most of the exhibits had been moved to other locations. At the end of the Second World War, the Russian army had then taken large parts of the exhibits to Moscow and Leningrad as spoils of war, since a large victory museum for Stalin was to be set up there. It was only in 1958 that Moscow returned large parts of the inventory to the GDR, so that the Pergamon Altar could also be rebuilt in its 1930 form. However, much of what used to be in the museum has been lost, burned in the Fiedrichshain anti-aircraft bunker or still housed in the museums of Moscow, here mostly in the Pushkin Museum, and in the Hermitage in Saint Petersburg.

This also applies to Priam's treasure, which, despite a contractual agreement between Russia and Germany in 1990, has still not been returned, prevented by the Russian parliament and the directors of the museums in Moscow.

Since the reunification of the two German states, a master plan for connecting the individual museums has been in the works. The Pergamon Museum is to be linked to the Bode Museum, the New Museum and the Old Museum by an archaeological promenade. The Cologne architect Oswald Mathias Ungers won the architectural competition for the redesign of the museum complex on the so-called Berlin Museum Island.

The highlights here are quite clear:

At the moment there is an additional absolute highlight: the architect of the illusions, Yadegar Acisi, has designed a 360° panoramic image of ancient Pergamon, giving the visitor the impression of being in the middle of the ancient metropolis. But visit this exhibition yourself!

Where else? The entire "Panorama of the ancient metropolis" Pergamon can now be seen in the Berlin Pergamon Museum / by Frank Kallensee

BERLIN - If that's the case, it was a gift of love. Egypt's Queen Cleopatra is said to have venerated 200,000 scrolls from Pergamum as a replacement for the library in Alexandria that burned down in 47 BC. From her beau Marcus Antonius, who was then in charge of the east of the Roman Empire. It remains to be seen whether that actually happened or whether it was just one of the propaganda ducks of the later Emperor Augustus. Either way, this story illustrates the rank that Pergamon was accorded among the cultural capitals of antiquity. And this rank will now be celebrated for a year where Pergamon became known to the world: in Berlin's Pergamon Museum.

Art from the Depot: Panorama of the ancient metropolis 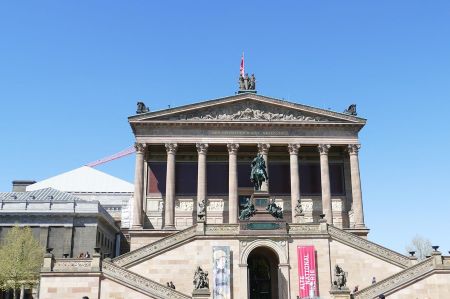 For the first time since the self-taught archaeologist Carl Humann recovered the giant battle frieze of the famous altar from the soil of Asia Minor in 1878, historical artefacts and scientific findings have now been completed into a “panorama of the ancient metropolis”. Two world wars, a cold war and the division of Germany had prevented such an exhibition so far. It was made possible with 1.6 million euros donated by the Federal Ministry of Research for the “Berlin Sculpture Network” project.

There are also plenty of sculptures to look at. Items from the depot that have never been shown before, but also items on loan, such as the four “Little Gauls” from Naples, which testify to the military might of the Attalid dynasty of Pergamene. The Capitoline Museums will deliver the much better-known “Dying Gaul” from Rome to Berlin. The phenomenal bust of Philetairus, whose career began as the general of Alexander the Great and ended as the founder of the empire in Pergamum, is already on site (and also came from Naples).

His heirs then advanced the city and country around it. How, of course, is best confirmed by the Zeus altar erected under Eumenes II from 170 BC. A fine “parrot mosaic” or the statue of Athena, armed with a cruciform aegis, suggest that palaces and temples were not spilled either. The latter was one of the "city saints" of Pergamum, along with Dionysus and the mother of the gods, Cybele. The visitor encounters this trinity after passing a white light cube, on the walls of which the family trees of the entire Greek Olympus can be studied. There is a lot to study!

Meanwhile, the exquisite ceramics and the noble folds of robes, carved in marble, of those sculptures tell of civic self-confidence and high taste, which may have made the gymnasion an aesthetically appealing educational institution.

Guaranteed mind-blowing - look at the world of Asisis 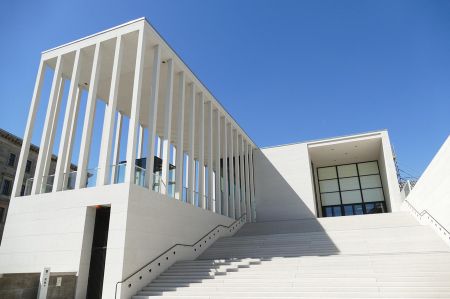 Admittedly, most of the pieces have been spoiled by the passage of time. But before the “rubble show” there is something that takes the exhibition title quite literally and helps to classify the fragments: namely a panorama. 23 meters high, 103 meters long and 360 degrees round, it allows a view of Pergamon as it looked on a spring day in the year 129. The Berlin architect and painter Yadegar Asisi, who already operates panometers in Leipzig and Dresden, installed it at his own expense in the courtyard of the Pergamon Museum. A kitsch mix of Werner Tübke and architectural drawings may skew some. May be. It's still overwhelming.

Designer trucks in Geiselwind - trucks with a difference