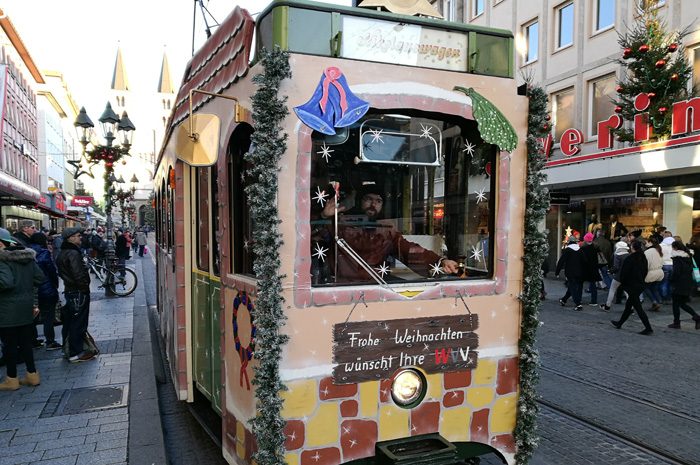 On the way to the Christmas market in Würzburg, our first route should take us to the old Main Bridge, the oldest and until 1886 even Würzburg's only bridge crossing the Main.The bridge connects the old town on the right bank of the river Main with the opposite fortress Marienberg. 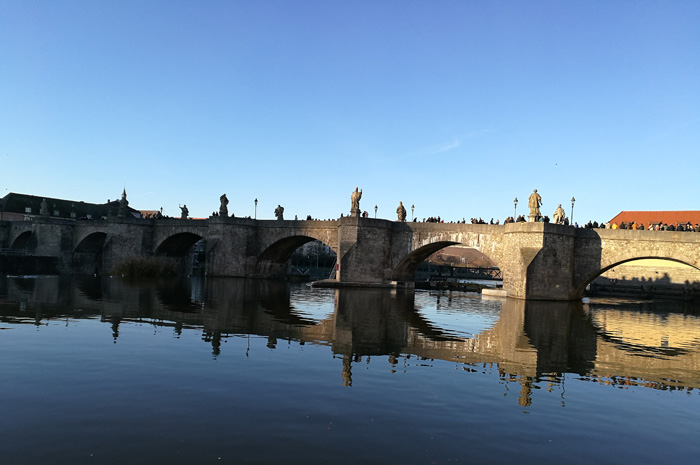 The first, Romanesque stone bridge at this point was already built around 1120 under the control of architect Enzelin, until that, just a ferry was available. When later on the former foundations were found, how is written in the Vita, at same place they found the statues of the pagan Freya sanctuary, which had been thrown down there by the three missionaries St. Kilian, Kolonat, and Totnan. 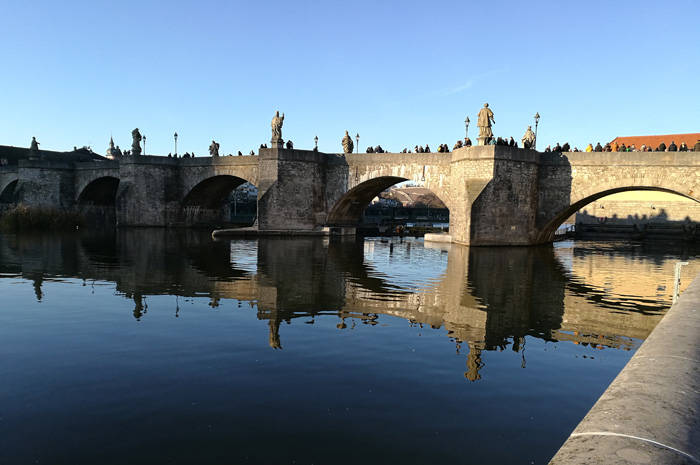 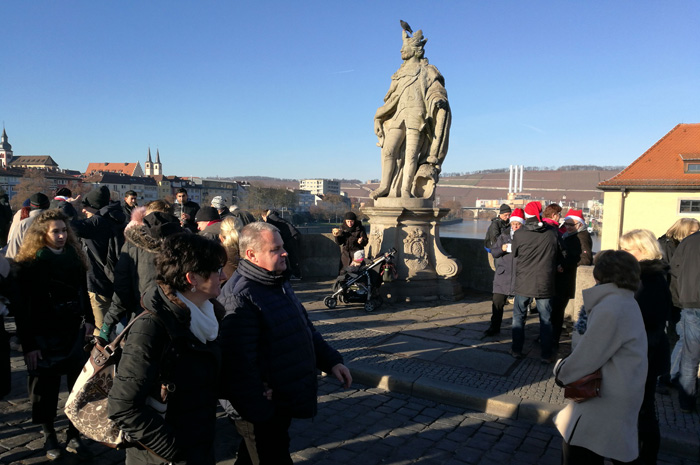 Today, the bridge is the point of attraction for all kinds of occasions, here you can stroll, chat and consume, why not, despite the cold, in the Advent season. 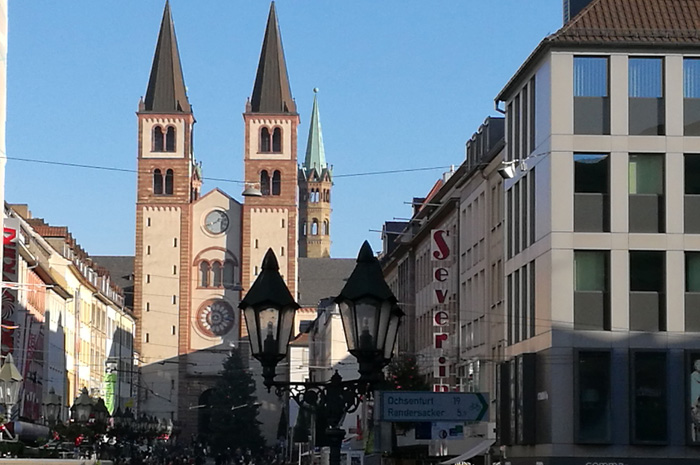 In front of us lies the St. Kilian's cathedral of Würzburg, a Roman Catholic church consecrated to Saint Kilian. The cathedral is the episcopal church of the bishopric of Würzburg. With its double tower facade and a total length of 105 meters, it is the fourth largest Romanesque church building in Germany and a masterpiece of German architecture during the time of the Salian emperors. 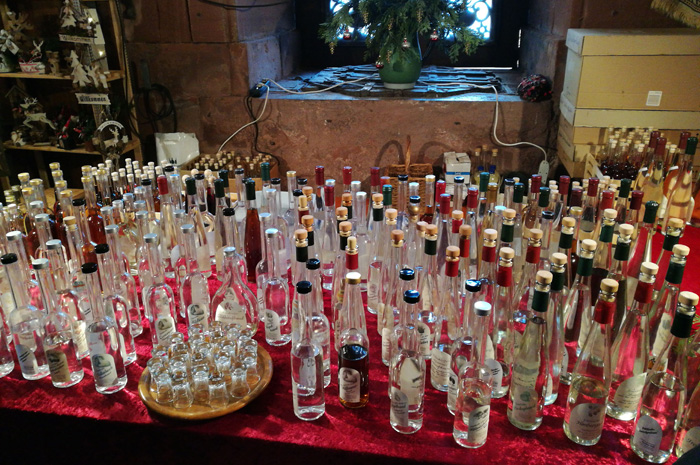 For two years now, Christmas stands are placed at the beginning of the newly designed pedestrian zone, which have increased the appeal of the Christmas market in Würzburg. On Saturdays and Sundays, an additional handcraft Christmas Market is also held in the historic inner courtyard of the town hall, Domstraße. 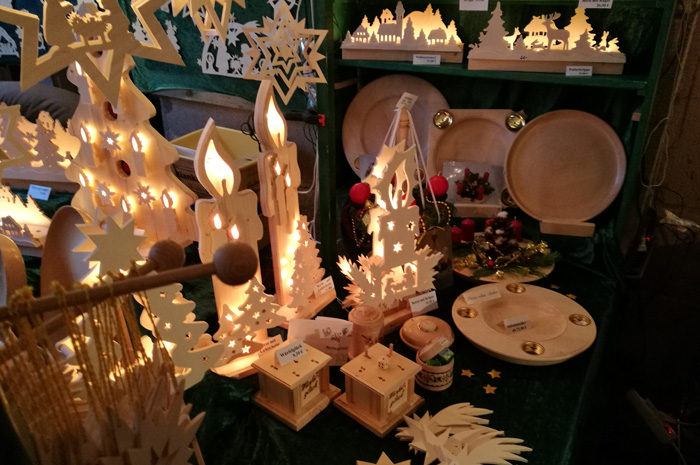 There you can directly get offers of 30 artists and craftsmen like: silver and gold jewelry, self-made Christmas tree balls, original oil paintings and watercolors, dolls and puppets, pearl jewelry, wooden toys, wicker baskets, woolen accessories and much more - all handmade! 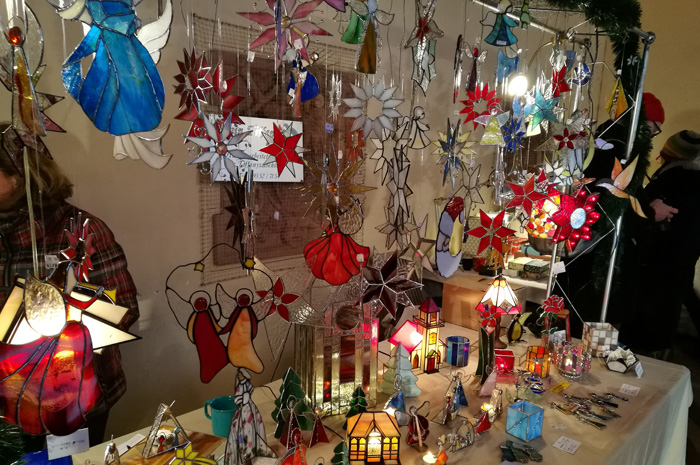 The artists' Christmas Market is open from 26th of November every Saturday from 10 am to 7.30 pm and on Sundays from 11 am to 7.30 pm. The huge new Christmas pyramid and the new food stalls, in particular also the nativity and candle sales stands were well accepted by the visitors. 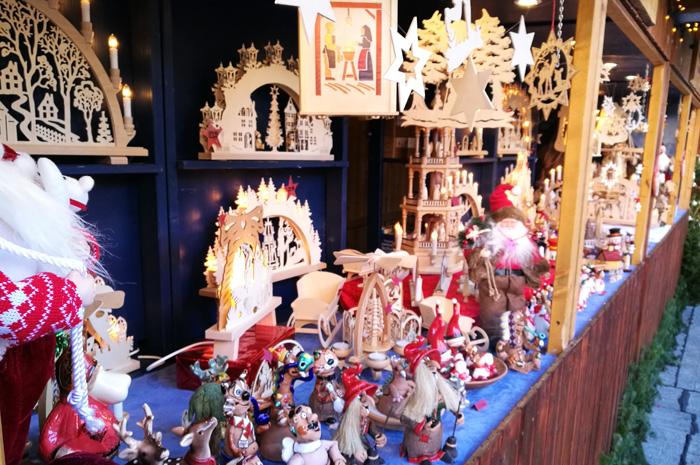 A total of 22 stands are now placed in the Eichhornstraße and the Christmas market will be guided to the newly designed square. In the new area, attention was paid to a colorful mixture in the selection of stands. Amongst others, there will be sausages, confectionery, children's carousels and numerous Christmas sales stands, as well as crafts. 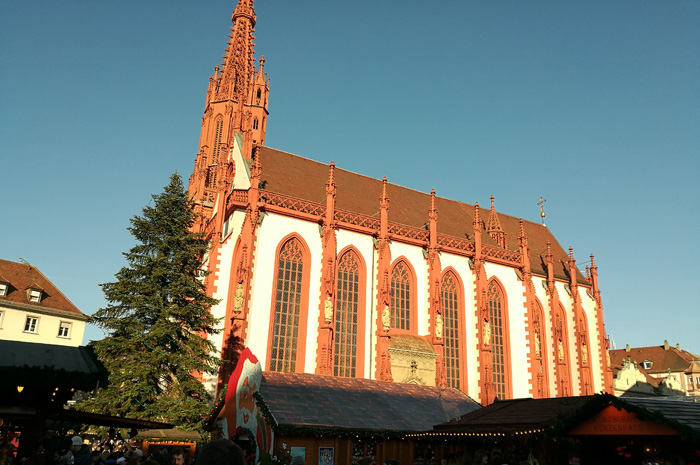 Around the Marienkapelle, a gothic church building from the 14th century, the original Christmas market is placed. Despite its size, the Marienkapelle is a church chapel, since the building was erected as an atonement by the citizenship and therefore not endowed with parish church rights.

The spirit of Christmas in Kitzingen - it is shinning