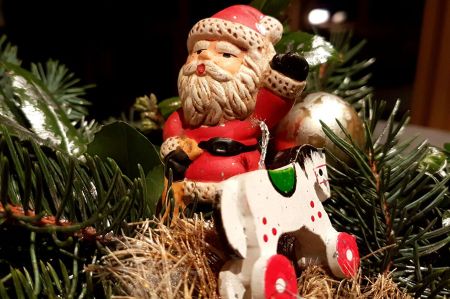 If you believe or not, there has been a real Saint Nicholas, to whom we owe so much pre-Christmas entertainment today.

As a son of well-to-do parents from Patara, Nicholas always tried to work on ideas to the benefit of the poor and the oppressed. His most well-known beneficence is shown in many different church pictures were he organized a reasonable dowry to three sisters who were too poor to be married. Not being married at those times means lot of stress to parents, so Nicholas decided to put a sack full of gold coins into the window of the girls house to get them married and allow them to find their earthly happiness by this event. Another pictures shows St. Nicholas with three golden apples instead of coins, which has become a common motif of Western paintings. 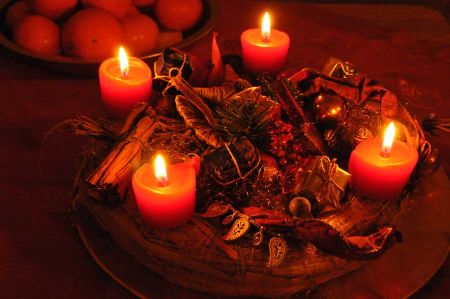 The number "three", a symbol of completion, e.g. of the triune, is often encountered in the saint's miraculous stories. According to another legend, three Byzantine officials who were wrongly accused and sentenced to death could save their lives and in return raised three children, who had been dismembered by a cruel innkeeper (how horrible!). Thus Nicholas became the patron saint of the children, all the girls, who were able to marry and of all who were in danger, the oppressed and the poor at all.

He saved seamen from distress too. That is why he is also the patron of the sailors, the carpenters and all who are engaged in shipbuilding.

Saint Nicholas - as a patron of oil producing business 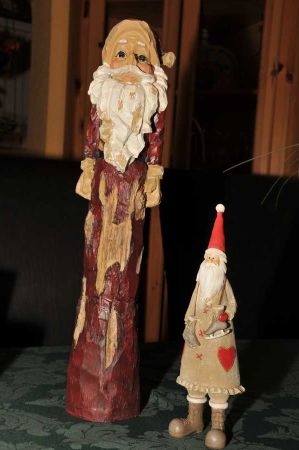 What had happened in Myra those days? Myra was threatened by a famine, no food at all in the town, when three (!) Ships loaded with grain were on their way to Constantinople. All entreaties and supplications did not help, the sailors did not issue any grain, they were afraid and to be justified, that they would be severely punished on their arrival in Constantinople if the cargo was not complete.

Then Nicholas appeared and negotiated. He assured the sailors that they would not suffer a loss if they agree to unload some of the grain. The water line was marked with a line on the side of the ship and sack by sack was taken from board. 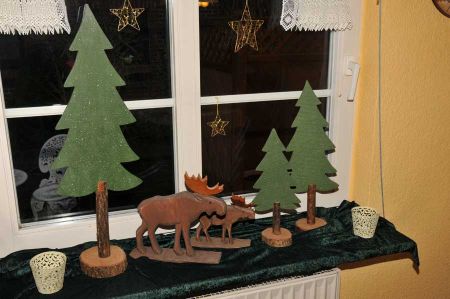 And behold, the ship did not rise, it was not easy to believe. When enough grain had come together at the harbor mole, Nicholas stopped. Everyone was speechless, whether the miracle had happened. The sailors went on, the grain was sufficient to overcome the famine, and the miracles around St. Nicholas were richer with another mythology.

Saint Nicholas of Myra (* between 270 and 286 in Patara, December 6, 326, 345, 351 or 365) is one of the most famous saints of the Eastern Churches and the Latin Church. His feast day, the 6th of December, is celebrated throughout Christianity with numerous folk customs.

The modern Santa Claus grew out of traditions surrounding the historical Saint Nicholas, a fourth-century Greek bishop and gift-giver of Myra, the British figure of Father Christmas, the Dutch figure of Sinterklaas (himself based on Saint Nicholas), the German figure of the Christkind (a fabulized Christ Child), and the holidays of Twelfth Night and Epiphany and their associated figures of the Three Kings (based on the gift-giving Magi of the Nativity) and Befana.

Saint Nicholas of Myra - a Christian Character in Demre

Walk to the ancient town Kyaneai in Lycia