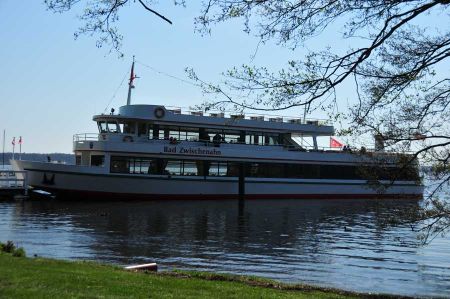 One of the numerous North German legends states that the emergence of the Zwischenahner Meer was a devil's work (Düwelswark).

According to the legend, the devil tried to prevent building a church in Oldenburg by bothering the construction progress and by that wanted to prevent the completion of the church. The idea of ​​the devil was to simply overfill the church with sands. Following this idea, he ripped out a large piece of wood next to Zwischenahn with adhering soil and flew in the direction of Oldenburg to destroy the church. On the way to Oldenburg the Düwel /devil was irritated by three crowing cocks, however, was so confused in his plans that he lost his way. Shortly before the city border of Oldenburg, he dropped the ravaged forest. At this point, the small and large Wildenloh, forest area growing on sandy ground, which still puzzles scientists today. And the place where the forest was torn out filled itself with rainwater and today forms the Zwischenahner Meer. 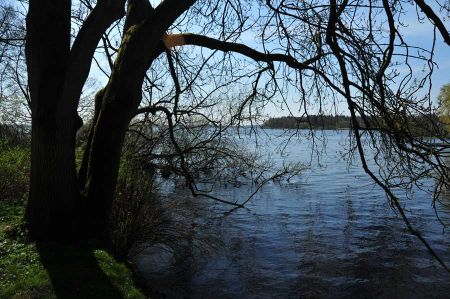 Legends, as we know are just part of the truth, the actual cause of the emergence of the Zwischenahner sea course, of course, is completely different, as the science could clearly prove. The Zwischenahner Meer is located above a salt dome as a remnant of the Zechstein Sea from the Permian era about 250 million years ago. The lake formation could happen, as it caused groundwater-induced saline leaching to a collapse of the salt dome and the overlying deck mountains. In the resulting a hole formed the Zwischenahner sea. A characteristic of lakes of this origin is usually a large depth in relation to the diameter. The Zwischenahner sea is however quite flat and therefore seems rather untypical. At the Zwischenahner and on the Rostruper shore, however, steeper edges can be detected. They are strongly blurred by the powerful sludge layer at the bottom of the lake.

Reeds and cattails line the banks of the Zwischenahner Meer 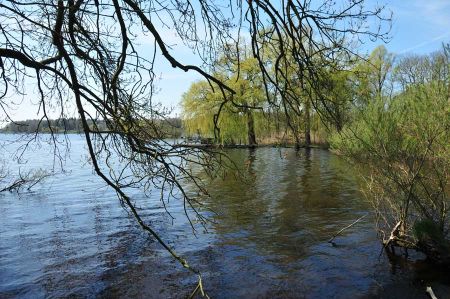 The shores of the lake are almost completely overgrown with reed, also called Reith or Reet. Today, the width of this reed belt about 8-10 meters in contrast to earlier times, when it was 200 meters. The congestion of the sea with boat traffic caused a decline in the reed growth and the formation of gaps in the green belt. To counteract this, the private use of motorboats on the lake is completely prohibited and the number of surfers has been significantly reduced. Moreover, a ring canal was created around the sea which ensures that no sewage water from the surrounding communities is discharged into the lake, which would have led to further overfertilisation.

You will find cattails on the bank, which are called lamp cleaners in the region, which are even included in the coat of arms of Bad Zwischenahn. In summer, the Marsh Ragwort attracts attention with its yellow flowers. Close to the shore, yellow pond roses, white water lilies, swans, hedgehogs, blood-wicker and water sprinkles, which attract many nature lovers. No wonder then that the cyclists have discovered the lake and its surroundings for themselves. The well-developed cycle path network contributes significantly to the number of visitors.

Dreibergen - destination of the white fleet on the Zwischenahner Meer

Our approach to the Zwischenahner sea was the small village Dreibergen that lies on the north shore of the lake. In Dreibergen the Otterbäke, a creek about 12 kilometers long, flows into the lake.

The name of the village Dreibergen is derived from three heaped hills on which the counts of Elmendorf had built the castle Elmendorf in the Middle Ages, today barely recognizable. The entire former castle site has been under nature conservation since 1943, thus forming another destination for cyclists and boaters.

Since the late 1970s and early 1980s, another legend circulates on the Zwischenahner Meer, a giant catfish with 3.50 meters in length, which is said to live in the lake. It is compared to the Loch Ness monster with whom it has in common that no one has ever seen it. However, as the legend is a tourist attraction, a bronze statue was dedicated to the catfish in the market square of Bad Zwischenahn.

Visit to the Visbek Bride - Street of Megalithic History