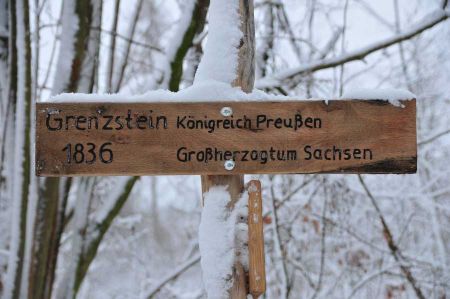 Once again on our hiking shoes, we noticed a new sign board in the forest above Billroda, the inscription of which referred to a boundary stone of the Kingdom of Prussia.

Our interest was aroused, as the inclined reader can certainly imagine. Of course we know that we are on historically significant ground in the Naumburg, Weimar and Erfurt regions. Last but not least, we are familiar with the history of the Battle of Nations in the fight against Napoleon, especially since we had already visited the Völkerschlacht memorial a few years ago.

The Battle of Nations and its Effects 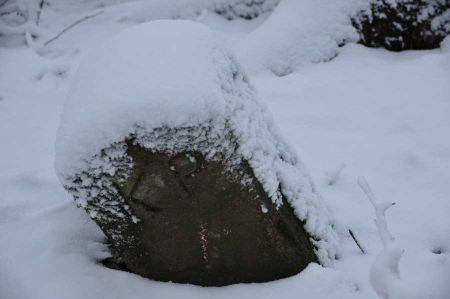 The Battle of the Nations near Leipzig from October 16 to 19, 1813 was the decisive battle of the Wars of Liberation of Napoleon's armies. The troops of the allies, mainly Russia, Prussia, Austria and Sweden, fought against the united troops of Napoleon Bonaparte.
With up to 600,000 soldiers from over a dozen countries involved, this battle was probably the greatest battle in world history until the beginning of the 20th century. In this most important battle of the War of Liberation against Napoleonic rule, the numerically superior allied armies of the Austrians, Prussians, Russians and Swedes brought Napoleon Bonaparte the decisive defeat that forced him to withdraw from Germany with the remaining army and without allies. Of the approximately 600,000 soldiers involved, 92,000 were killed or wounded in the battle.

The 91 meter high Völkerschlacht memorial was completed in Leipzig in memory of the hundredth anniversary in 1913. This landmark was erected near the area where the most violent fighting took place and most of the soldiers fell.
And what the imposing Völkerschlachtdenkmal is on a large scale, the boundary stones are on a small scale - witnesses to history. 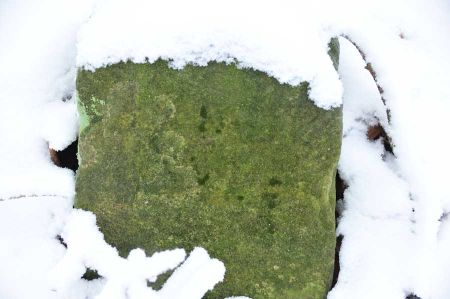 The historical significance of the cultural monuments “boundary stones” can be seen in the monument text of the State Office for the Preservation of Monuments in Saxony: “After the end of Napoleon's rule, the borders of Europe were redefined at the Congress of Vienna from September 18, 1814 to June 9, 1815.
Saxony, which had fought alongside Napoleon and was among the defeated, had to cede almost two thirds of its territory by decision of the victorious powers. Almost all of these areas were assigned to Prussia and became part of the Prussian province of Saxony. The new border ran - beginning in Wittig (today Wilka in Poland) on the Wittig river across the Upper Lusatia, met the Elbe at Strehla, continued west to Schkeuditz and finally ended south of Leipzig at today's border with Saxony-Anhalt. Even today it can be traced back to the division of the church provinces of Saxony and the church province of Mark Brandenburg and the regional church of Saxony. 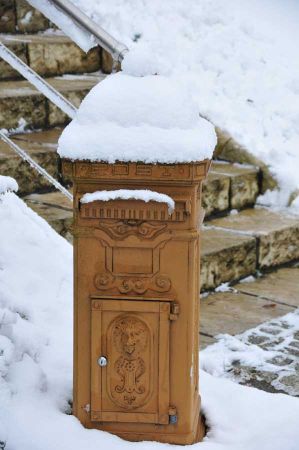 The first marking of the newly created border line was made in 1815 using wooden stakes erected in pairs. The distances between the boundary signs were not uniform, but referred to local conditions such as ditches, rivers or roads and varied between 200 and 4,350 meters. From 1828 on, the wooden border posts were gradually replaced by much more solid border stones, the design of which goes back to Prussian designs and which are known as pilars (Spanish for "pillar"). A total of four types of boundary stones can be distinguished. They are numbered from east to west, with the counting starting anew on the Elbe (right Elbe boundary stones number 1 - 212, left Elbe number 1 - 76). East of the Elbe, the stones between number 1 and number 82 are initially designed as a pair of granite blocks, between which a runner stone marks the exact boundary. From number 82 to 148, truncated pyramids stand directly on the border line. Then the forms alternate unsystematically between slender sandstone steles and truncated pyramids with plinths. Several volunteer local researchers have compiled essential findings on the course of the former Saxon-Prussian border.

The property of the Saxon-Prussian boundary stones as a monument results from their historical significance, they are reminiscent of a decisive event for Saxony's history. The public interest in preservation is based on the great attention that individual people, groups and communities pay to these stone testimonies of history. In the meantime, several publications have appeared, more extensive documentation is available and signs have even been put up on at least one section of the former border”.