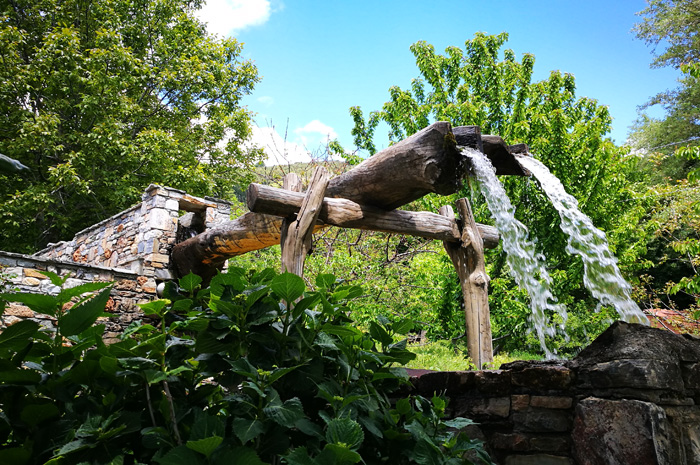 It ultimately was the note of the campsite owner of Camping Sikia, which prompted us to take a discovery tour around the mountain massif of the Pelion, which even, quite interesting to learn, even offers a small ski resort. 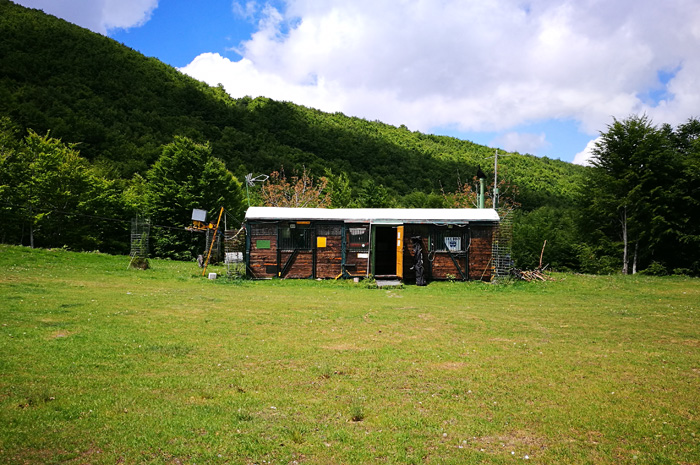 At an altitude of 1,624 meters on the massive Pourianos Stavros, a huge parking lot indicates that during winter this area is probably a lively destination too, especially since the important port and trading city Volos is not far away. (cabin at the ski resort) 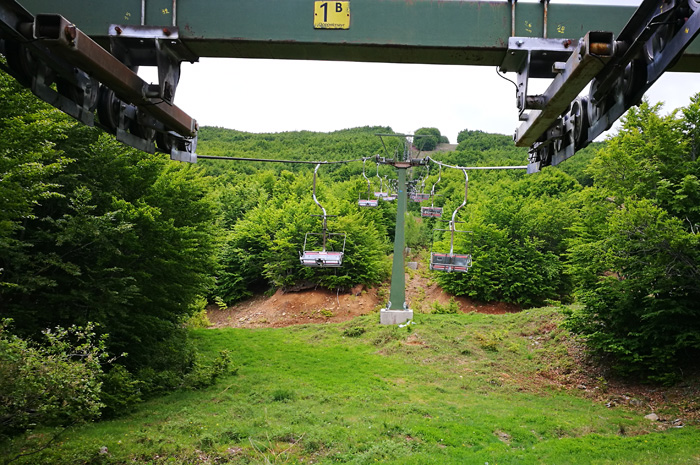 Now, however, it is spring and everything is green and flourishing. Due to its lush vegetation and its mild climate, it is popular with the Greek population, but also many strangers use pelion as a second home. 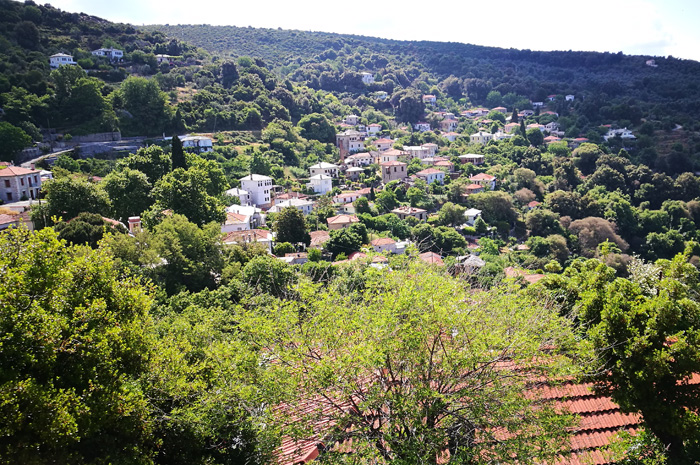 Pelion, the different spelling has also irritated us somewhat, so we sometimes write Pilio as well, there are more than 40 mountain villages and coastal towns, some of which can look back on a long historical past. 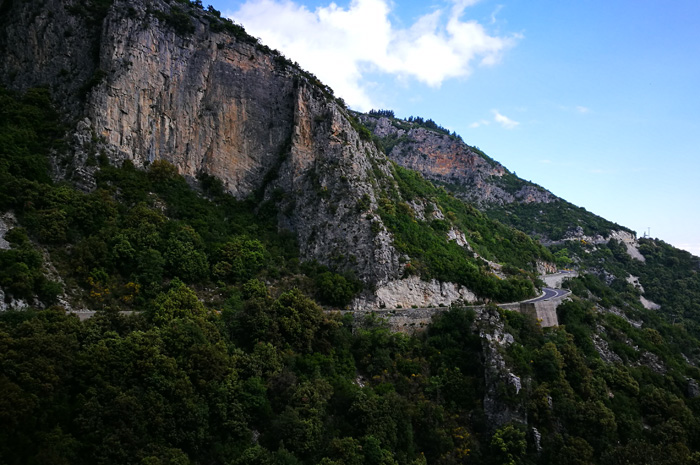 In mythology the Pilio was known as the home of the Centaurs. Cheiron, whose cave was at the top of the Pliassidi summit, raised Achilles. In the mythology of Mount Olympus, the aloids pushed Pilio on top of  Mount Ossa. 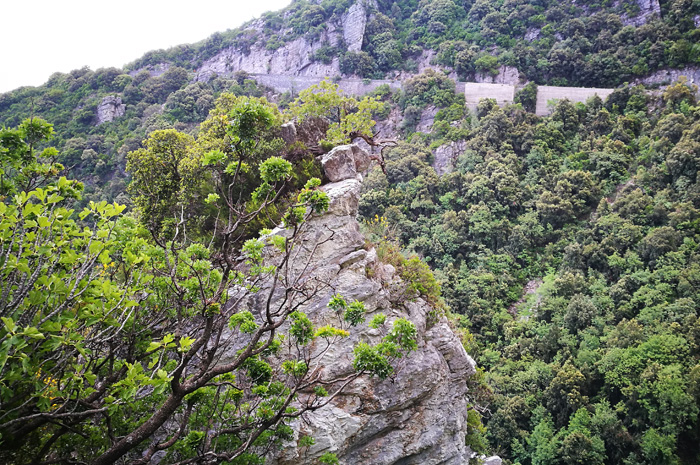 From the harbor town of Iolkos (either Dimini or today's Vólos), Jason and the Argonauts started to search for the Golden Fleece. 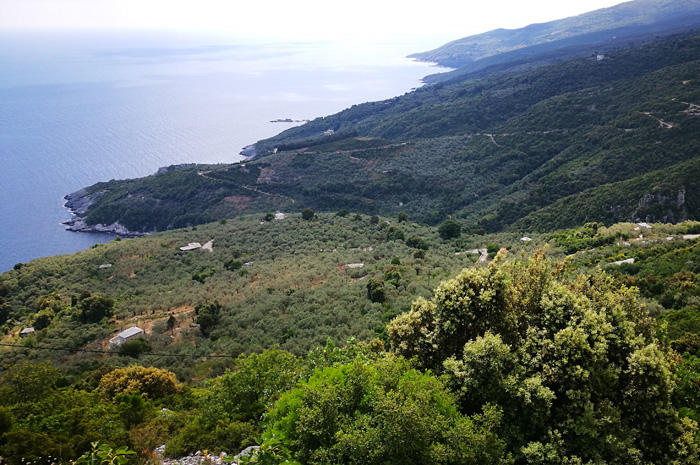 In addition to the legendary traditions, the Pilio is a testament to an ancient settlement in Pourí near Zagora (today an official archaeological site). 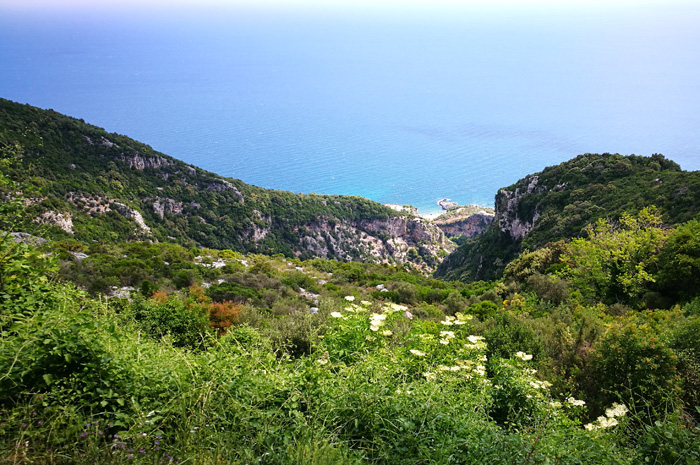 In the north-east, about 4 km southeast of Véneto, there are a large number of sea caves on a rocky cliff. 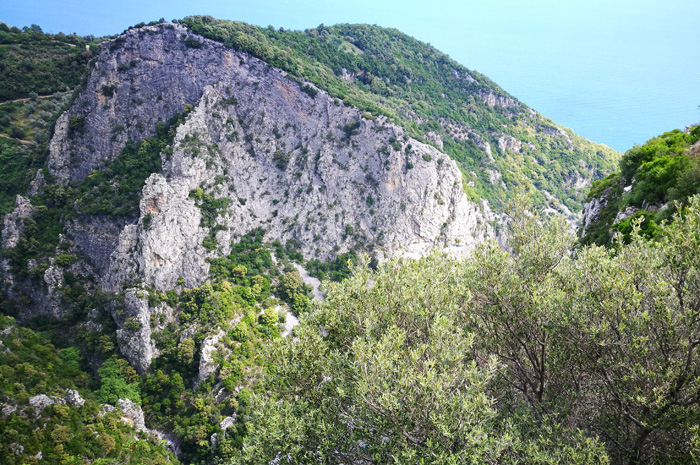 It is highly probable that these are the "ovens" - ipnoi, of which Herodotus reports: Here the Persian fleet under Xerxes I will have lost many of their ships during a storm (Herodotus). 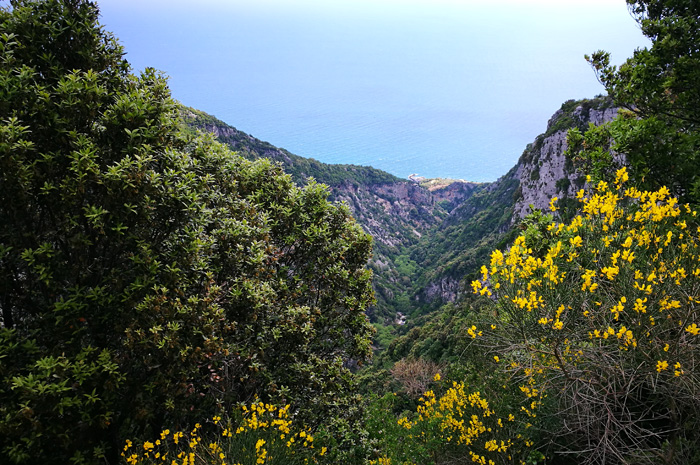 The geographic conditions made the Pilio almost unassailable for the Turkish squatters in the Middle Ages. The coastal regions were very sparsely populated; there is only one natural port on the side of the Aegean Sea (Damouchari (d'amour chari = 'thanks to love') - a former Genoese fortress with traces of a castle). 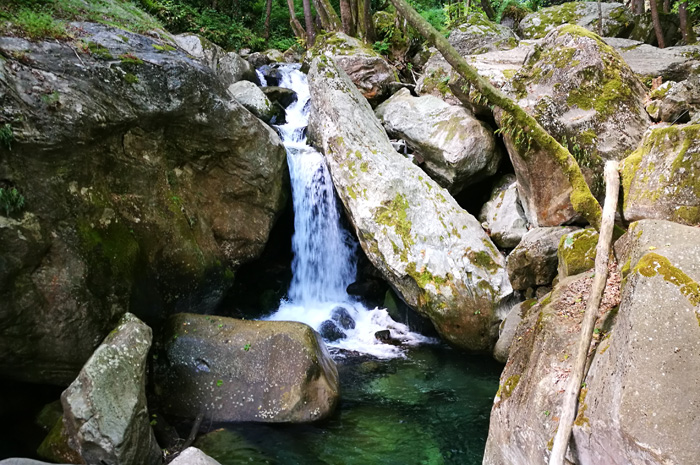 Each of the small fishing villages had a main town located further inland, most of which was not visible from the sea. 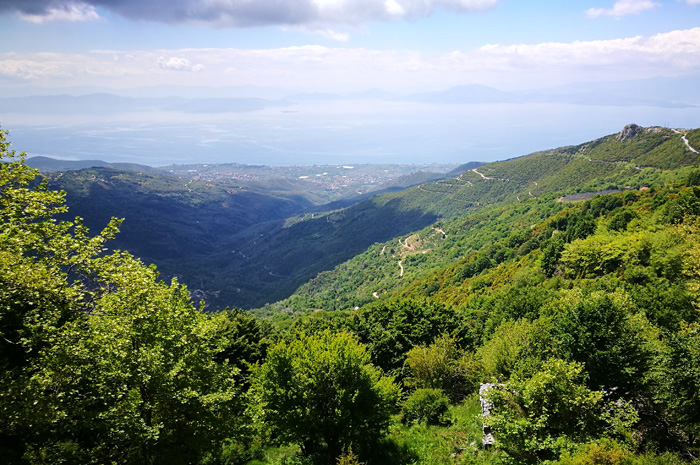 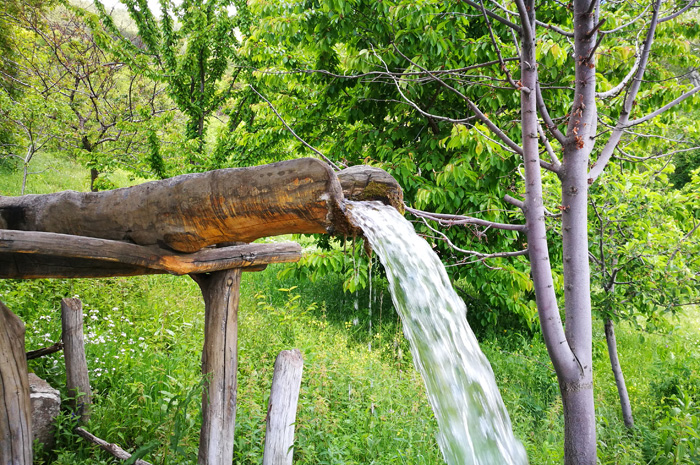 In these circumstances the Pilio was never occupied by Turks. In addition, the Pilio region enjoyed a special right through an agreement with the Ottomans, giving the people from Pelion some sort of autonomy similar to the island of Chios.

Day trip to Volos to explore the Pelion Railway