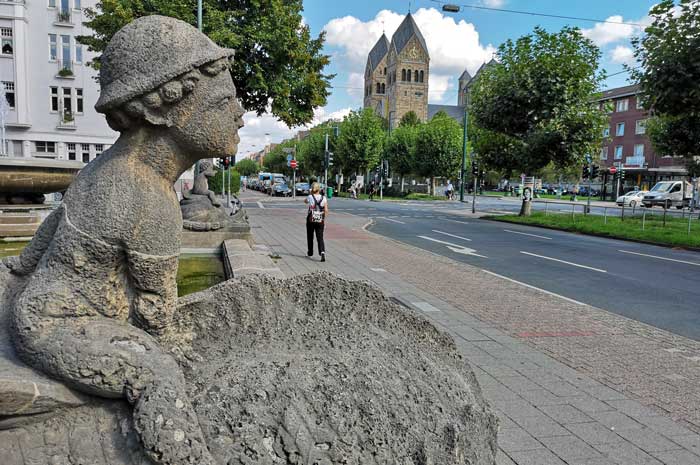 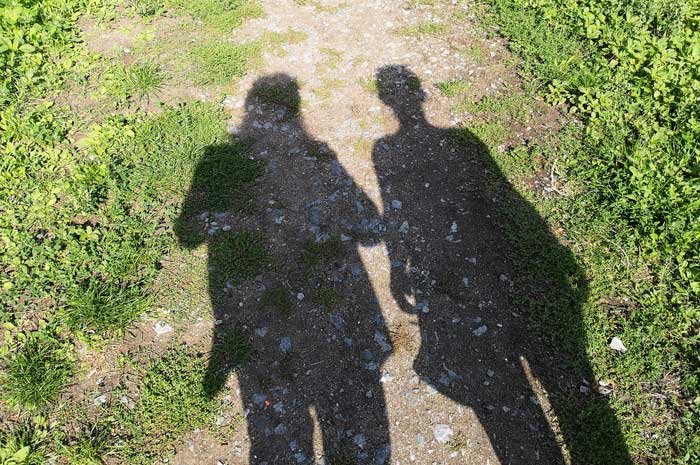 This time we had found another accommodation (no longer the campsite) during the trade fair and had already arrived in the early afternoon, so that there was still time for a short walk, starting of course on the banks of the Rhine river. 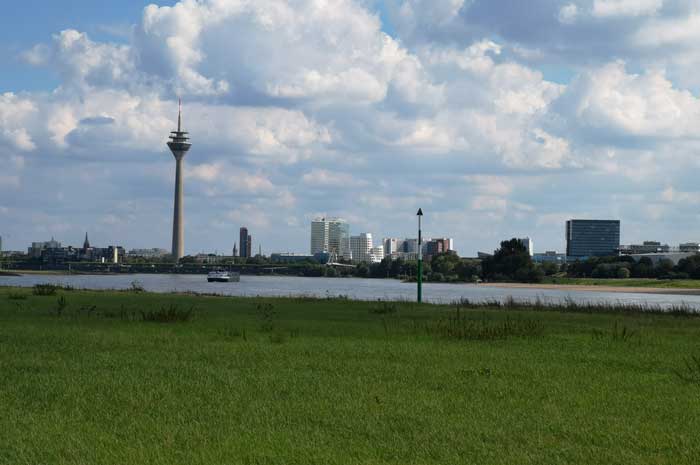 We first went along the Rhine to Luegallee, which brought us to Barbarossaplatz, which is located in the Oberkassel district on the left bank of the North Rhine-Westphalian capital Düsseldorf. 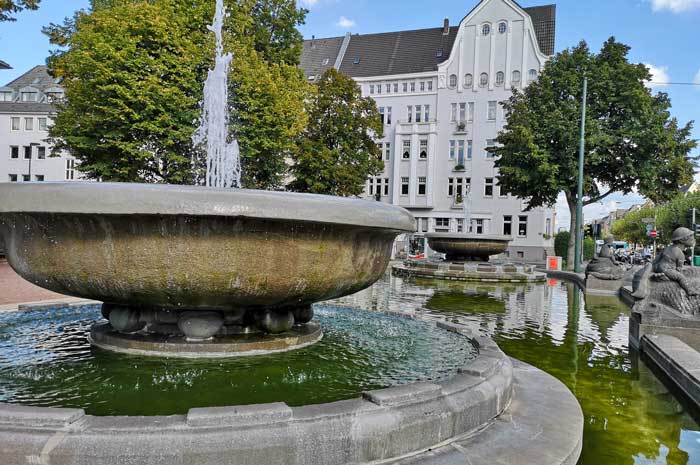 The 35-meter-wide Luegallee, lined with plane trees, begins at Luegplatz just behind the Oberkasseler Bridge and leads straight in a westerly direction across Barbarossaplatz to Belsenplatz. 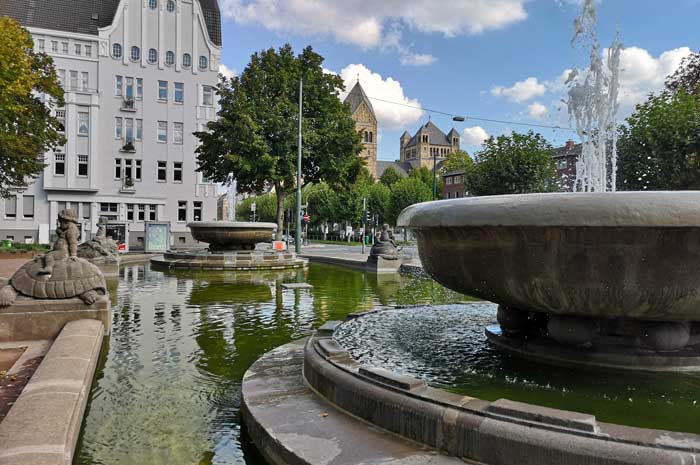 The Luegallee is surrounded by a four-storey building and thus additionally emphasized. On two thirds of the route you will find the St. Antonius Church, a solitary building that, along with the Oberkassel town hall, with the district administration of District 4 on Werner-Pfingst-Platz, has a special position in the urban structure. 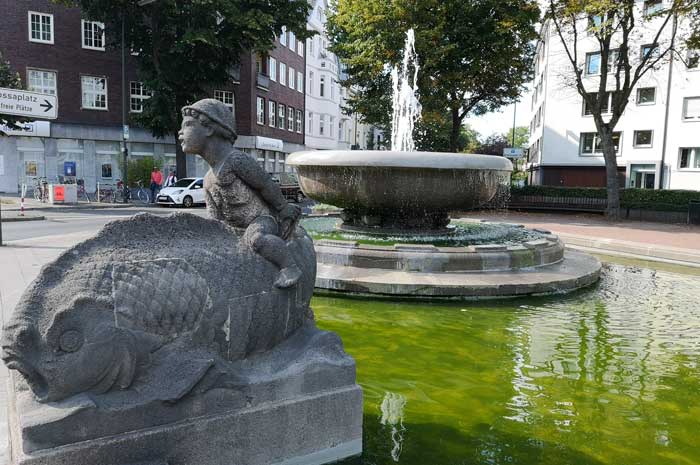 Barbarossaplatz is a double square that is cut in the middle by Luegallee. Below the Luegplatz is the main entrance to the largest annual fair on the Rhine. Maps from the 1890s have names such as “Chaussee von Neuss” or “Chaussee von Crefeld”. Luegallee was inaugurated on July 17, 1909. 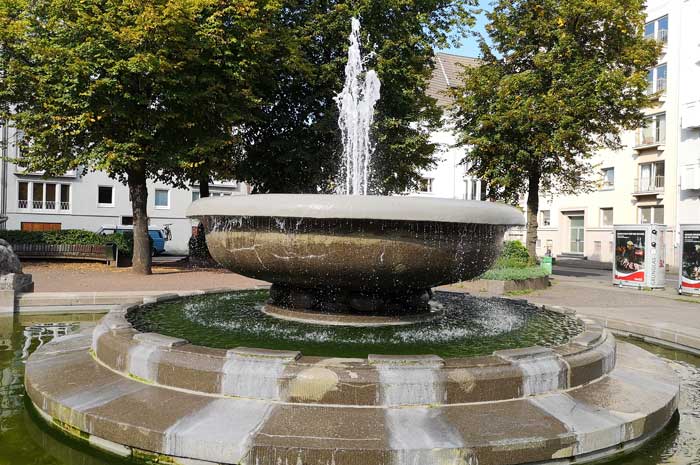 It was created as part of an urban development project that accompanied the construction of the small railway line from Düsseldorf-Oberkassel to Krefeld by the Rheinbahn. 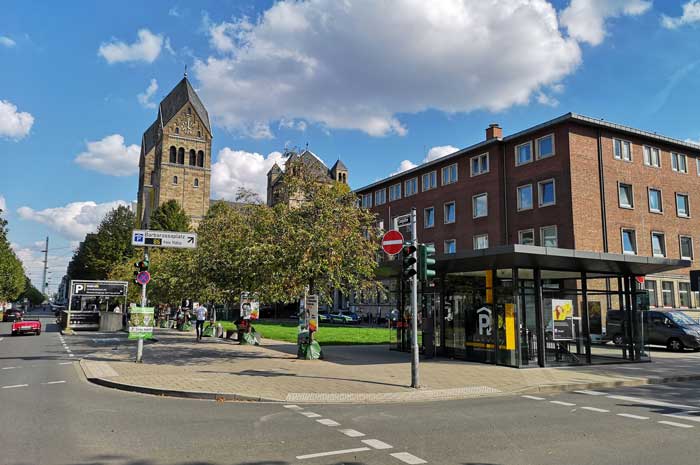 From the outset, Oberkassel was designed as an upper-class quarter, with Luegallee forming the central traffic axis and shopping street. The Antonius Church was built between 1909 and 1910. 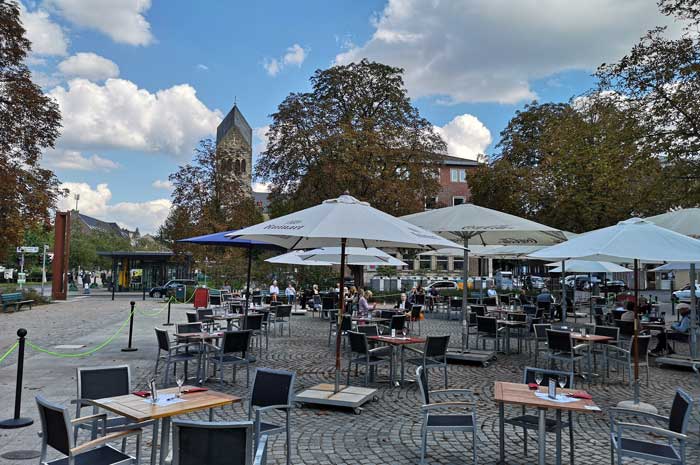 In the time before the First World War, spacious apartment blocks were built, such as the "Kyffhäuserblock" in the year 1912. In the first weeks after the outbreak of the First World War on August 1, 1914, Luegallee was the scene of the farewell to the soldiers who were moving to the front. 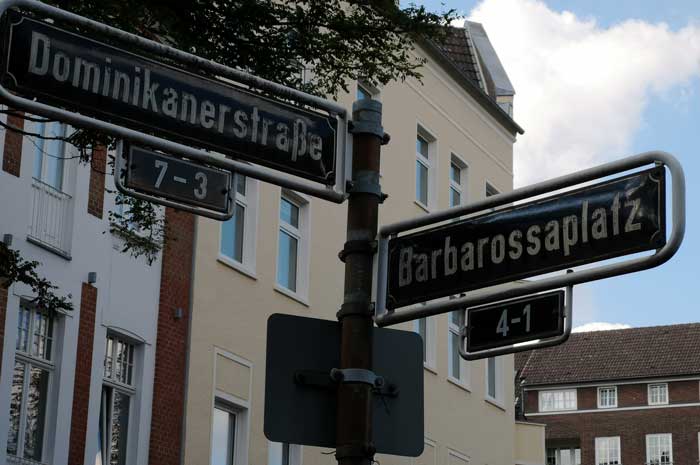 As part of the National Socialist plans for the "Gau capital Düsseldorf", the Luegallee was planned as a green area in the middle of a newly built "Kraft-durch-Freude-Stadt". Both, the plans of the National Socialists and the bombing war Luegallee survived, just like Oberkassel as a whole, largely unscathed. When American tanks advanced on Luegallee on March 3, 1945, German troops blew up all of the Rhine bridges, including the Oberkassel Bridge, which was then known as the “Skagerrak Bridge”. 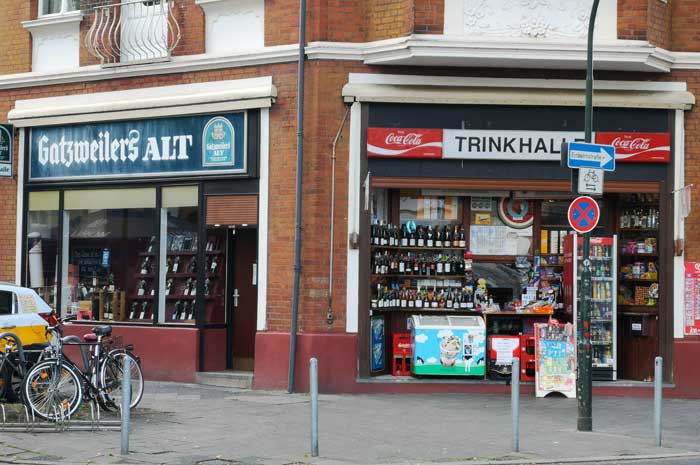 For the first time since 1898, Luegallee and Düsseldorf on the left bank of the Rhine were separated from the parts of the city on the right bank of the Rhine. At the end of 1945 an unstable pontoon bridge was set up and in 1948 a temporary solution that lasted for almost three decades. The current bridge was not put into operation until 1976. 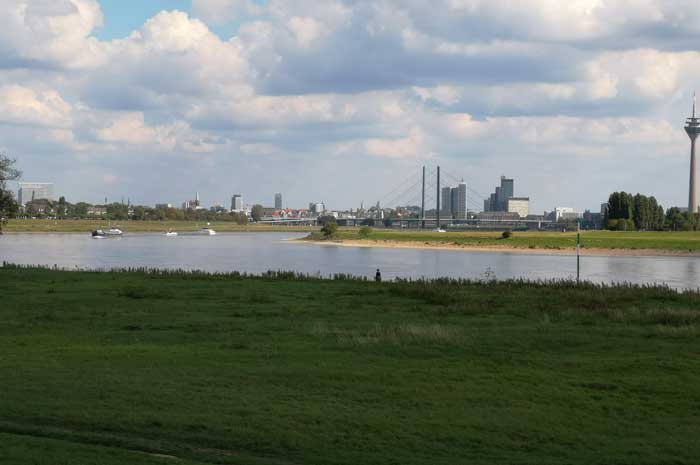 Today, Luegallee is a busy city boulevard with a wide range of goods and services as well as numerous restaurants, mostly tailored to the needs of the wealthier Oberkassel clientele. 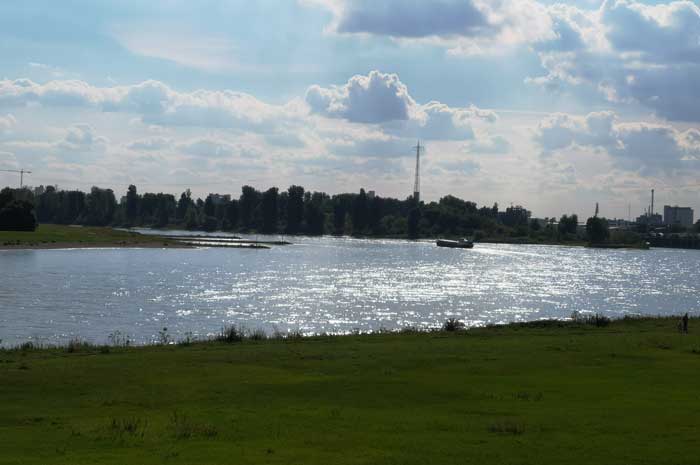 A nice walk that brought us back to the Rhine and with it to our accommodation. Tomorrow is trade fair day: The Caravan Salon of Düsseldorf.