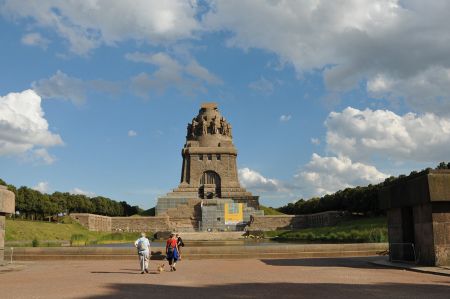 After our extensive visit to the Leipzig Zoo, the large panorama picture "Amazonia" by Asisi in the Panometer, Detlef led us on a short tour of Leipzig city center, which we started directly at the Gewandhaus, which is world-famous for the Gewandhaus Orchestra and the Thomanerchor. 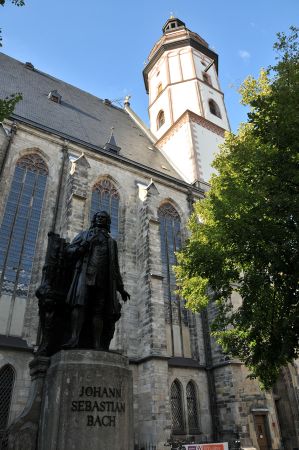 Some historic buildings in Leipzig's city center are reminiscent of the stays and places of work of some famous personalities.

There is the Mendelssohn House, where the composer of the Gewandhaus lived until his death. Just outside in Gohlis, on the city limits, Friedrich Schiller lived for a few months in 1785 while he was working on his poem "To Joy", which Ludwig van Beethoven later set to music in his 9th symphony.

During our circular route we also reach the Thomaskirche, the place where Johann Sebastian Bach worked, a Gothic building from the 15th century, where performances by the St. Thomas Choir often take place today.

Were people, planners and architects stupid? 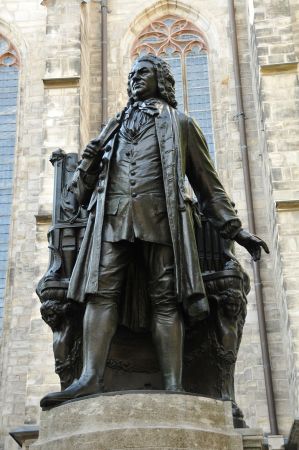 Above all, our research on the Roman cities has clearly shown what a great culture was already implemented in ancient Rome to supply the population in the cities. The supply of fresh drinking water and the disposal of gray water have always been part of a city.

It is still proudly proclaimed in literature today that Leipzig already had drinking water supply in the 16th century!? What a technical advance. How could Roman culture simply disappear over a period of almost 1600 years? This was the case in almost all European cities. A question that comes up again and again when looking at old cultural assets. Was the supply of fresh water no longer important? Were people, planners and architects dumb? How else can the loss of these techniques be explained?

The first issue of the illustrated newspaper appeared in 1843 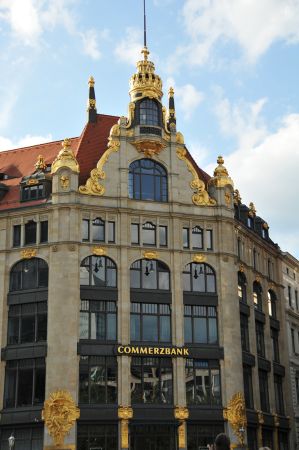 Following the model of the city of Amsterdam, public street lighting consisting of 700 lanterns was introduced in Leipzig for the first time on the evening of December 24, 1701, as we accidentally noticed when a group of city tourers with an official city guide in the immediate vicinity gave their explanations. For this purpose, the city administration hired lantern keepers who had to light the oil-powered lanterns as darkness fell, ensure that the oil was replenished according to a specially defined burning schedule and also extinguish all the lanterns in the morning. 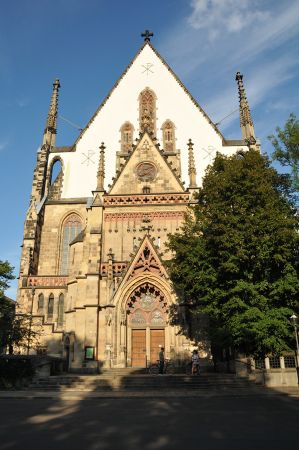 As one of the oldest universities in Germany, the University "Alma Mater Lipsiensis" was founded in Leipzig in 1409. In 1519, Martin Luther, Andreas Karlstadt and Philipp Melanchthon met with the Catholic theologian Johannes Eck here at the University for a debate about the Bible and its meaning, which was to go down in history as the Leipzig Disputation. Twenty years later, the Reformation was finally introduced in Leipzig by Luther and Justus Jonas.

Perhaps the reasons for the events in the course of the Monday demonstrations in 1989, which gave such a decisive impetus for the turnaround in the GDR, can also be found at least in part in this historical past. The large number of peacefully demonstrating citizens of Leipzig, including Kurt Masur, have had a lasting impact on the city's reputation and have made the term "Leipziger Freiheit" a marketing term. The focus of this peaceful revolution was always the Nikolaikirche, which made the room for prayers for peace and thus the starting point of the Monday demonstrations as an essential part of the political change. This example clearly shows the role in which the church is important to people. Not for self-portrayal and to preserve old and outdated power structures.

Crossroads of Via Regia and Via Imperii 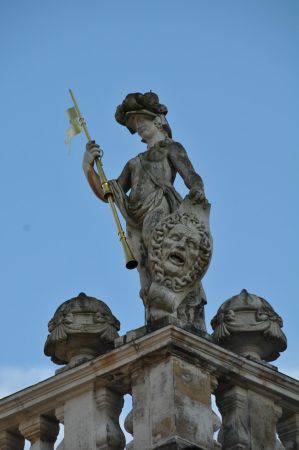 Leipzig had already developed into an important trading center when it was granted city rights around 1165. Traces in the excavations in the area of ​​today's Matthäikirche by Herbert Küas show the first traces of the city on both banks of the Parthe as early as the 9th century.

The city of Leipzig was officially founded in 1165, when Margrave Otto the Rich of Meissen granted market and city rights at the intersection of the Via Regia and the Via Imperii.

Shortly after the founding of the city, the construction of the Thomaskirche and the St. Nikolaikirche, which were built in the Romanesque style, took place. The Nikolaikirche was later converted into a Gothic hall church. 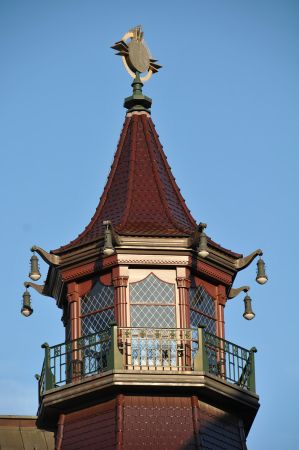 With the granting of market privileges, Leipzig gradually became an important trading center, especially in the field of fur trading and further processing into fur semi-finished products for furriers and the tools associated with this production and later also the machines. Along with London, Leipzig became the international trading center for the fur industry, which led to Leipzig's tax revenue of up to 40% from the fur industry alone until 1913. Hard to imagine today. This development was accompanied by Leipzig's progress in terms of its importance as a trade fair city. Already in 1190 there were the first fairs in the area of ​​fur trade in the city. With the elevation to imperial trade fair city in 1497, Leipzig's importance increased again and even developed into a trade fair city of European standing. On December 20, 1937, the name of the city was changed to "Reichsmessestadt Leipzig". 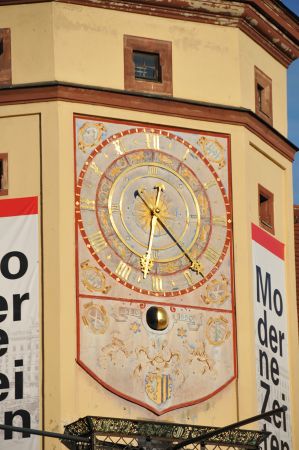 The successful rise to a trading town was followed by a certain wealth in the town itself. This economic boom can still be seen today in many historical buildings, including the town hall in the form of a Renaissance building from the years 1556/57. What is particularly striking about the construction of this town hall is that it was not built according to the rules of the time according to axially symmetrical dimensions in the front view, but was carried out according to the rules of the golden section. In particular, the town hall tower, which has moved out of the central axis, indicates a great urban self-confidence and the course of an independent path in Leipzig. The master builder, councilor and mayor of Leipzig, Hieronymus Lotter, had the town hall and several other buildings, including the old scales on the market square, major parts of the city fortifications and the Moritzbastei built in the years 1551 to 1554. Despite the myth of the impregnability of the Moritzbastei, Swedish troops managed to overcome the bastion during the Thirty Years' War.

Monumental Monument to the Battle of the Nations 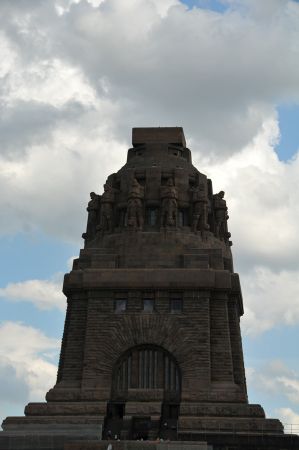 When the Battle of the Nations near Leipzig took place in 1813, as a result of which Napoleon's troops and their allies had to accept a heavy defeat against the armies of Austria, Prussia, Russia and Sweden, Leipzig was almost the center of the world. After losing the battle, Napoleon had to abdicate and was eventually exiled to Elba. Today the quite monumental Monument to the Battle of the Nations commemorates this event.

Detlef chose to end our city tour in such a way that we also got to see the terminal station in Leipzig. After the first long-distance route was set up as a Leipzig - Dresden connection in 1839, Leipzig slowly developed into a transport hub in central Germany. In the years between 1902 and 1915, one of the largest terminal stations in Europe was built in Leipzig, which is still very impressive and impressive today for rail traffic at the highest level.

Despite the really short time, Leipzig made a deep impression on us, so that we will certainly come to the city for another visit, perhaps during a trade fair event. There are many more destinations to visit, then with more time for the details.

The Zoo in Leipzig is a real magnet for visitors

By camper or caravan from Tasucu to Northern Cyprus?