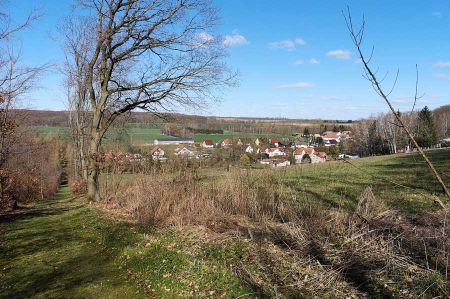 In difficult times when contact with other people should be completely avoided, a hike through the forest is one of the few ways to escape the confinement of the city, the home and the conflicts within the family cramped in the house.

This is not only true for these times, because a hike always makes sense. The great outdoors, fresh air and exercise are always good for the body and soul. How nice when the path through nature in the area is possible and this path can also offer attractive and new insights. If roe deer crosses the path right at the start, curiosity about the unknown is twice as great. 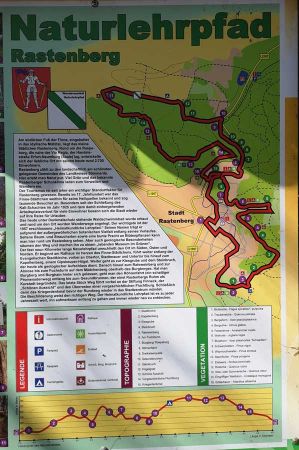 It was the same for us when we made our way from the village of Billroda in Saxony-Anhalt to the village of Rastenberg in Thuringia, first following the stream of the Lossa, then up a wide green path into the forest. From here, the hiking trails were mostly well marked, occasionally interrupted by a wind break, and yet with some confusion due to the paths of the forestry workers, who had probably wandered through the forest somewhat haphazardly, we finally found our way back to the Lossa, which was here winds in large loops parallel to the country road through the Mühltal.

A little later we were surprised when we came across a huge swimming pool that was of course without water at this time of year. Slightly dilapidated in some parts of the pool edges, so that we could not initially assess whether it was only dilapidated and therefore without water or was waterless for later renovation purposes. 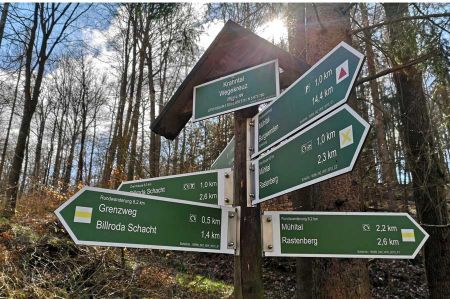 The research later revealed that we had come across the so-called forest swimming pool in Rastenberg, which had already been inaugurated in 1925. The swimming pool has a huge water surface of 5000 m² and is idyllically located in the middle of the high forest of the Mühltal. Today it is a listed building. In the changing rooms of the swimming pool, which have been converted into a museum, the history of the bath is to be clearly illustrated, which will motivate us to visit again later. There is even an association that is committed to maintaining the forest swimming pool. We are happy to support the association's search for helpers who are willing to help renovate the bathroom.

A little later at the "Drei Kaiser Quellen" 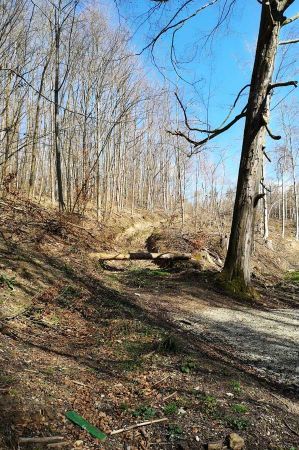 As early as 1646, iron-containing medicinal springs had been discovered near the village of Rastenberg, which gave the mayor of Hickethier hope to open a spa in the city. But as early as 1648, these first mineral springs dried up again - probably as a result of construction work. With newly drilled medicinal springs, the city gained a certain income through the renewed bathing operation until 1822, a few of the city's leaders saw themselves on the way to a development like in Baden Baden, where financially strong clientele had found themselves on the basis of hot water and its healing effects. so that later even casino operations settled. Today no longer an option on the Internet, because with casino online the gaming enthusiast brings his casino business into his own home.

When potash salts were increasingly mined in the nearby potash wells near Billroda, Lossa and Bernsdorf between 1907 and 1924, this also had an impact on the spa business in Rastenberg. Today, it is mainly the forests, interspersed with numerous hiking trails, that attract nature lovers and hikers.

We made a short stop shortly before the start of Rastenberg, ate the obstration we had brought with us and returned to the forest on the hiking trail, not least in accordance with the circumstances and, if possible, not to meet other people to pay our respects.

Since there were several routes back through the forest to Billroda, we chose one of the alternative routes, this time along the main path. A hike of about 12 kilometers came to an end.