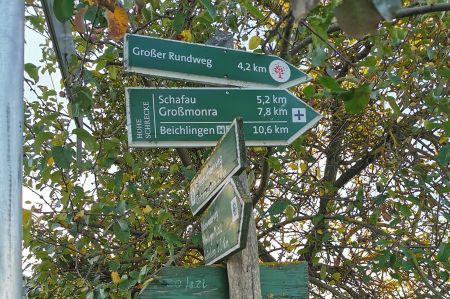 Kölleda was once known as the peppermint town, even if today the area under cultivation of the aromatic mint is not very large. We had decided to take advantage of the glorious November weather to finally try the cycling and hiking trail to Kölleda.

Coming from Billroda, a first section unfortunately had to be completed along the country road. A little better planning and preparation on our part would have been enough to immediately recognize two alternatives as a better solution: 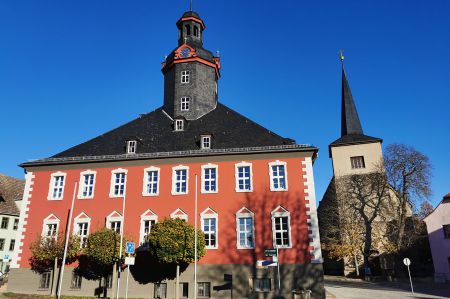 Through the forest in the direction of the forest swimming pool near Rastenberg, then to the cycle and hiking trail to Kölleda

Along the Kaiserweg to Lossa and there entering the cycle and hiking trail to Kölleda.

Whatever the case, it went at least a little way along the country road to Rothenberga to the former railway bridge, over which the cycle path to Lossa already runs today. Turn left here and we came to the bike path. A little later we pass the Bachra dam, cross the country road one last time and are then on the bike and hiking trail to Kölleda, which was also heavily frequented that day, i.e. walked or driven on. After about 22 kilometers we had reached Kölleda. 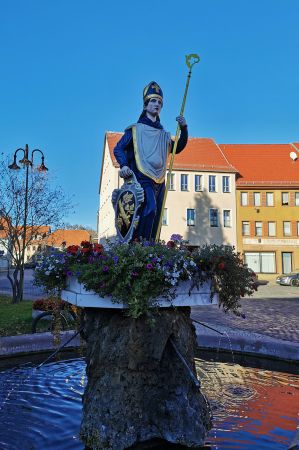 We first drive through the venerable "Backleber Tor" to the roundabout, not without a stop at the Backleber Tor, where the Förderkreis für Heimatgeschichte Kölleda e.V. has found a home for its exhibition cycle "Against Oblivion". In the current exhibition, the Förderkreis brings the history of the former Kölleda air base and aviation office back to life in more than 400 photos. The initiators tried to keep a chronological sequence. The documentation begins with the decision to set up the Aviation Office and continues through the construction phase, the entry of the troops on December 1, 1936, through to the heavy air raids in 1944 and the dismantling in 1946/47.

In addition to various original aircraft parts, tool and spare parts boxes, as well as finds from the airfield site, the interested visitor can also expect a detailed model of the airfield facilities as they existed in 1944. 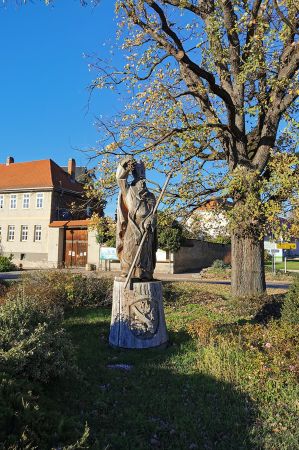 Just around the corner and we get to St. Wippertikirche, also called Wippertuskirche, which was built as a town church before 1404, around the time when Kölleda was granted town rights. It is an originally Gothic building. The inscription above the church door, which faces the market square, names the consecration in 1496. The year 1542 above the old sacristy door records the rebuilding of the church after it burned down in 1538 and the introduction of the Reformation.

The fountain in the immediate vicinity dates from 1584. It bears the only Wigbert monument in Germany. The water comes from a spring in the Backleber corridor. The pipe laid is the oldest water pipe in Kölleda. Water used to be used to brew beer. Today the fountain is a symbol of the city.

But back to peppermint 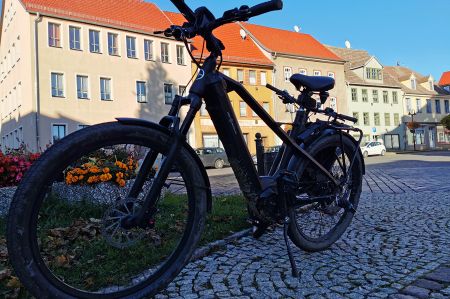 Although peppermint is hardly ever grown anymore, it is experiencing a renaissance as an advertising medium for Kölleda. In March 1999, the city presented its giant tea bag, filled with 15 kilograms of peppermint, at the town hall and thus made it into the Guinness Book of Records. The following plants can be seen on the peppermint bed in the museum garden of the local history museum, which was laid out on August 14, 1999 to mark the 125th anniversary of the peppermint railway: Kölleda peppermint, Thuringian peppermint, Russian peppermint, apple mint and creeping pennyroyal as underplanting.

We're already a little late, because we're supposed to go back to Billroda, although the Hohe Schrecke was still very appealing. In general, the numerous hiking and cycling trails are always worth a visit, as the German writer Ludwig Bechstein so aptly put it in his book "Wanderungen durch Thüringen": 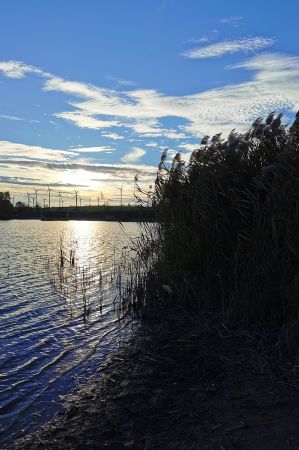 “The journey to Cölleda passed the old manor house of former state rulers, to whom the entire golden Aue was subject, the Beichlingen Castle. This little town, jokingly called Kuhkölln, often suffered from fire, and thanks to its new construction it presents a pleasant sight. It got its joke name from the very successful cattle breeding, for which, in addition to arable farming, the type of land and location are excellently suited. Gardens and orchards and extensive fields with grazing herds gave a satisfying picture of rural peace and blessed bourgeois and rural prosperity, but could not invite to long stays."

Market Church of St. Cosmas and Damian in Goslar