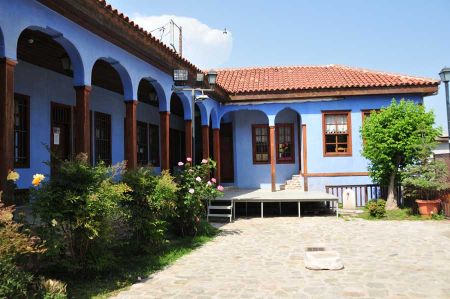 After extensive sightseeing of the aqueduct of Kavala, we went up to the old town.

The old town of Kavala is located directly above the harbor and with its Ottoman houses from nearly 500 years of influence by the Ottoman Empire worth visiting, the winding narrow streets and stairs offer lot of photo opportunities and attractive sights such as the castle, the Imaret, the mosque, the churches and other monuments of Kavala.

The castle, situated on the hill above the old town, is also considered a landmark of the city. The largest part of the castle was built in the 15th century and because of that is well preserved. To get up to the castle, it takes a good 20 minutes on foot, starting from the harbor. Please pay attention to the signs, as many streets in the old town end as dead ends.

Ottoman buildings are the highlights of the old town 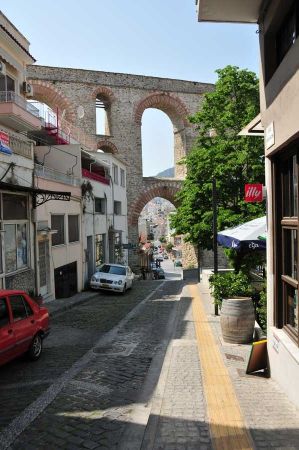 The ascent through the old town is a bit arduous, but absolutely worthwhile. Not recommended during the summer heat, much better in the early morning or late afternoon. Alternatively, the Trainaki is recommended if you are not that good on foot. A wonderful view of the sea and a great view across the city are worth the climb. Some simple romantic cafes and restaurants invite you to linger.Very close to the Panagia church on a schoolyard is a small lighthouse with a lookout point, from which one has a magnificent view across the sea to the island of Thassos. From there, a path leads down to rocks in the sea, which are a romantic place to relax or bathe. Shortly before the rocks, the path divides and leads either to the harbor, or around the headland, always along the fortification wall, back to the parking lot below the Mohammed Ali statue. This "Wall-Circle Path" is highly recommended.

The Halil Bey Mosque in the Old City, located about halfway up to the castle, consists of the Halil Bey Mosque, built at the beginning of the 20th century, a 16th century minaret and a madrassah. The mosque was built on top of an early Christian basilica, the foundations of which have been uncovered. The whole complex was renovated a few years ago and is in best condition. 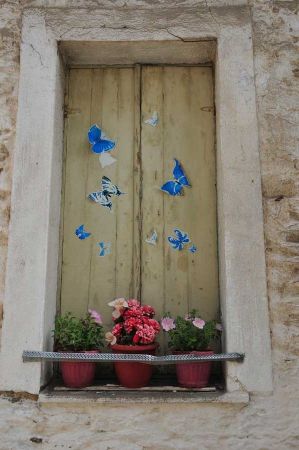 The Mohammad Ali House (born 1769 in Kavala, is considered the founder of the last Egyptian dynasty, which ruled Egypt until 1952). It was built around 1780-90 and contains a museum that shows the living conditions of an oriental provincial nobleman at this time. With 330m2 of living space, it was the largest house in the city at the time and is one of the stately homes of 18th century Ottoman architecture in Greece. For today's conditions, it looks rather small, but is still worth a visit. A lovely garden belongs to the house too, in which currently a bar-restaurant is operated and where a very special atmosphere prevails, especially in the evenings. Next to the Mohammad Ali House you will find an imposing bronze equestrian statue of him.

In 1817, Muhammad Ali Pasha donated the construction of the Imaret, a mosque, a madrasas, and poorhouse on the city wall of the Panaghia Peninsula overlooking the harbor below. The historic oriental building, with its domed roofs, chimneys, vaults, cisterns and patios, was faithfully restored in 2004 and today represents an architectural landmark that houses a hotel.

Built between 1817 and 1821 by Mehmet Ali (founder of the last Egyptian dynasty), the Imaret is a classic example of Islamic architecture. 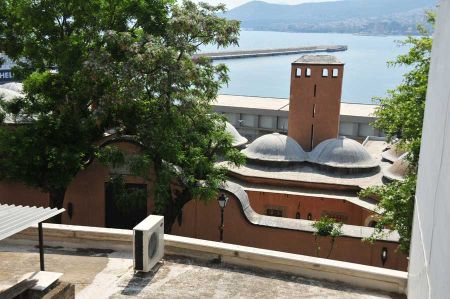 Originally a training ground for Muslim priests, it later served as a retreat for Greeks from Asia Minor who were expelled after the Greek-Turkish War (1919-1922). In 1967, the Imaret was closed and abandoned to decay. It was renovated in 2001 and transformed into a luxurious and elegant hotel, offering a unique atmosphere. Who is not a hotel guest, can have a coffee, so as to get an insight into the interesting interior.