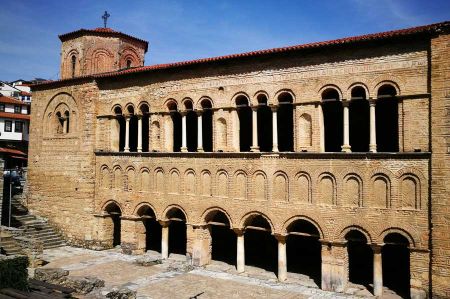 For every culturally interested visitor to the ancient Roman city of Ohrid on the Via Egnatia, the Sophia Church should be part of the visitors program, not just because of the structure of the building but especially because of the numerous sculptures and wall paintings inside. Ohrid has long been one of the cultural and religious centers of the Bulgarian Empire and one of the centers of Orthodox Christianity of the Slavs and of Southeastern Europe.

Since 880 there was a Slavic-Orthodox bishopric here and shortly after the first Slavic university was founded here. Ohrid is thus the origin and center of the Old Slavic church culture. With the rulership of Tsar Samuel (958-1014), Ohrid even became the Bulgarian capital before the city was occupied by Byzantine troops in 1018. 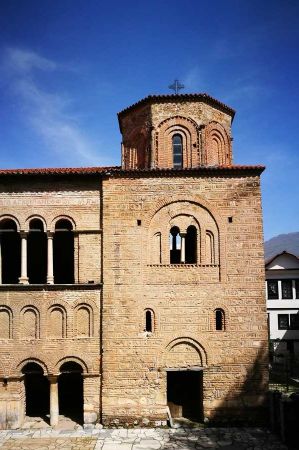 The St. Sophia Church or Crkva Sveta Sofija in the center was built on the foundations of an early Christian church between 1037 and 1056, during the reign of Archbishop Leo of Ohrid, a clergyman of Greek descent. Everywhere in the building structure remains of previously existing parts of the building can be seen, which were already being used far before in the "mission". But the contemplation of the re-used pillar part allows conclusions to the Hellenistic period (see at the theater). Leo was archbishop of the autocephalous archdiocese of Ohrid and was appointed by Byzantium (Constantinople). He built a three-nave church with three apses, a mighty dome on top of the central part and a bell tower in front of the west facad.

Around 1317, Archbishop Grigorye had extended the building by a large, two-storey Exonarthex with porch, two other domes and galleries upstairs. The Turks later rebuilt the church into a mosque, destroying the bell tower, central dome and interior galleries. They inserted the still existing Minbar and whitewashed the frescoes, which - unintentionally - saved them over the centuries. These were uncovered in the fifties of the last century and are among the greatest achievements of European art history.

Frescoes and murals from the 11th century

The oldest paintings from the 11th century are completely preserved in the sanctuary and narthex. In the vaults of the sanctuary the monumental Ascension of Christ can be seen: Christ is carried to heaven by four angels, while the apostles and Mary remain on earth; including a frieze adorned with praying angels. In the apse-cone, the enthroned "Our Lady with Child" is depicted in frontal view. The portrayals of the sacrifice of Abraham, the forty martyrs of Sebaste on the frozen lake, and the portraits of the Slavic apostles Cyril and Methodius in the narthex are among them the most important works. The frescoes of the narthex upper floor and exonarthex are from the 14th century. They tell a multitude of different themes with many picturesque details, as well from the Old Testament. Several signatures (eg at the sword of the archangel in the image of Reue David) point to the master Johannes Theorian.

The frescoes of the master of the Sophia Cathedral are an example of the confrontation of local art with the influences coming from Constantinople. The master, who may have been sent from Byzantium, shows one of the many creative achievements of the region here, coming from Byzantium and also from Ohrid on the medieval world of the Balkan countries. Not only for this reason the frescoes in the Church of Sophia as part of the city Ohrid today are World Heritage Site. 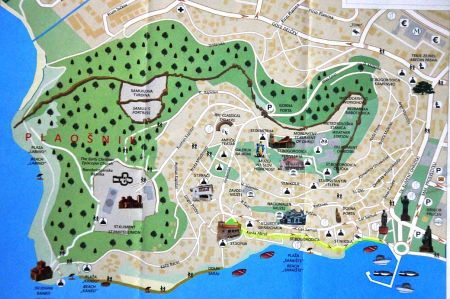 The master of the Sophia Cathedral of Ohrid painted in a field of tension between the already mature, coming from antiquity West Byzantine art and the pursuit of local independence from the central empire and its style specifications. It is striking that the frescoes were painted with blue and not, as usual in Constantinople, with a golden background. The works also testify despite the removal of knowledge of Romanesque frescoes emerging in "Latin" Italy and of a certain orientation of the region on Venice and the whole of Italy - even if his pictures still strictly follow the schematic presentation of the time before the picture dispute.

The Slavic character of the pictures has been preserved 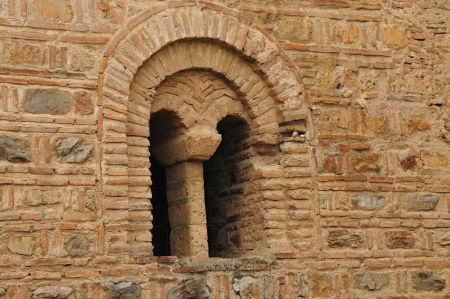 The master drew his inspiration mainly from the rich tradition of Byzantium and submitted himself to the rules and ideas of his clients. His painting style is based on mature solutions and recognized schemes. Nevertheless, he shows in color choice and representation of architecture an independence that makes his work in the church to a masterpiece of a new painting in the Balkan region of his time. It shows that the elite in the nobility and also the church of the region was largely Hellenized. The Slavic character of the archdiocese of Ohrid was therefore only cultivated by the lower clergy, but a comparison with the Russian masterpieces of the same period, also derived from Byzantine art, such as the frescoes and mosaics in Novgorod, shows that the art in Ohrid does not so strongly bound to the Byzantine models. The frescoes in Ohrid can be seen as interpretations of the texts of John Damaskenos, a Syrian church father of the 7./8. Century, who had entered the picture dispute against the Emperors Leo and Constantine for the worship of images.

Transformation of the church to a mosque

After the conquest of the region around Ohrid by the Ottoman Empire between 1385 and 1408, the church was converted into a mosque, the belfry, the central dome and the inner galleries were demolished. After the Russo-Ottoman War of 1877/78, the rule of the Ottoman Empire ended in the region, and the Church of St. Sophia could be returned to its original function as a Christian church.
All the frescoes in the church of St. Sophia had been painted over as a mosque during the reign of the Ottoman Empire and the use of the church during this time and were forgotten. Between 1950 and 1957, the frescoes of the master of the Cathedral Sophia and other subsequent painters were rediscovered and are now regarded as a significant work for the region and its history of art, but also for the understanding of the entire European art development. Not only for this reason the frescoes in the Church of Sophia as part of the city Ohrid today is a World Heritage Site.