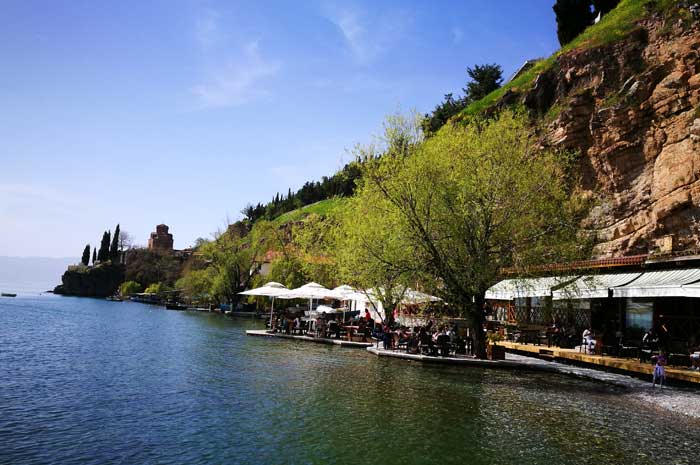 Those who have made it in Ohrid to the St. Sophia church in the city center should, after their visit, which is really worth due to the ancient Christian murals, go down to the lakeshore, where you meet with an unexpected special of Ohrid. 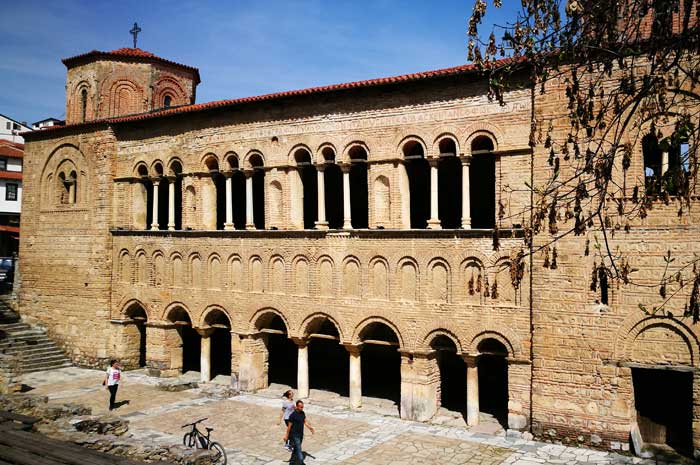 At first it looks as if the impasse ends right at the lake shore, then you notice the wooden footbridge that leads through the lake to a few small restaurants and cafes, even some idyllic bathing spots. 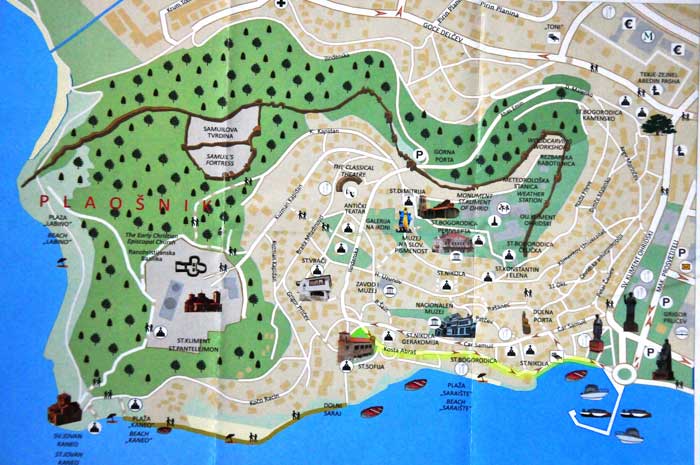 Although the violent storm had caused quite a bit of chaos here a few weeks ago, the paving planks have now been replaced so that visitors can go to the shore pavilions and beaches and finally to Ohrid's most famous photo opportunity, the St. Jovan Kaneo chapel. 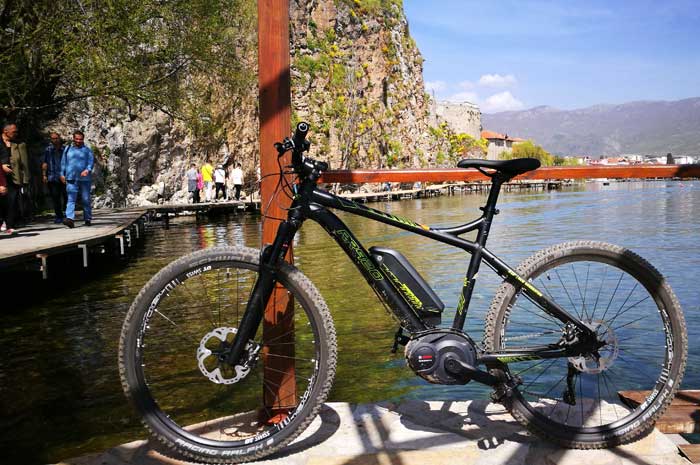 Somewhat unusual for Europeans, there is still no railing at the restored wooden footbridge leading along the long cliffs. On the other hand, you can only fall into the water, so what should happen. 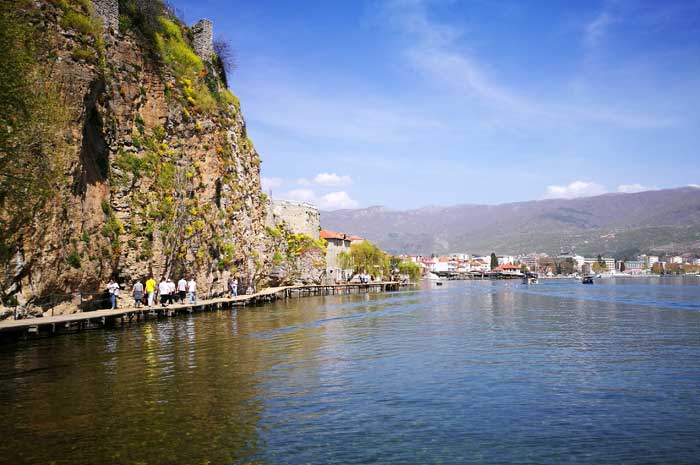 Of course, the season in Ohrid is still to begin, so the progress of the season preparation is not very advanced, as the main visit months are unfortunately limited to July and August. 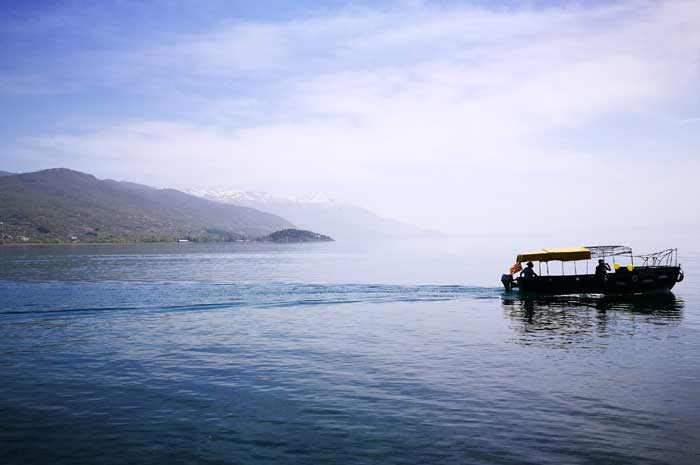 Then, however, it is cratering here at the pier facilities, as there are numerous tourists from the former Yugoslavia, who still consider Lake Ohrid to be a really attractive holiday destination. 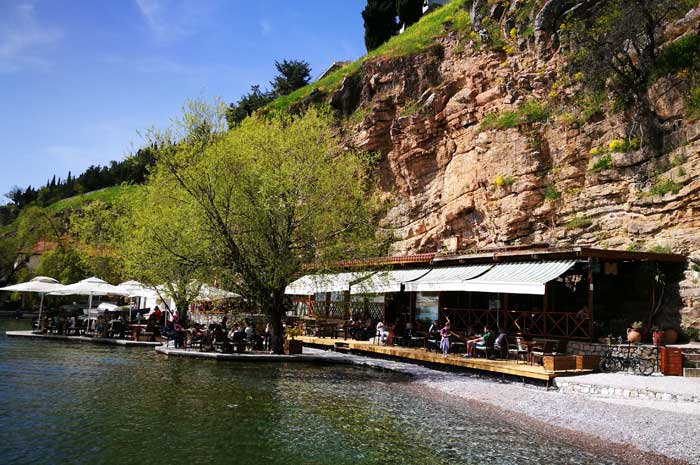 Best season is for the non swimming guest is May and June, for those who would like to go swimming rather September and October, say before or after the summer holidays. 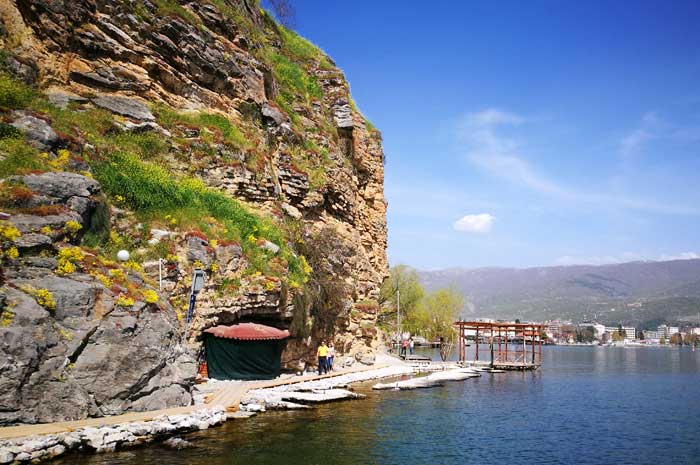 Striking are also the numerous young guests from Turkey, which, according to statements of tourism-active residents, however, are not enough to compensate for the long winter months financially. 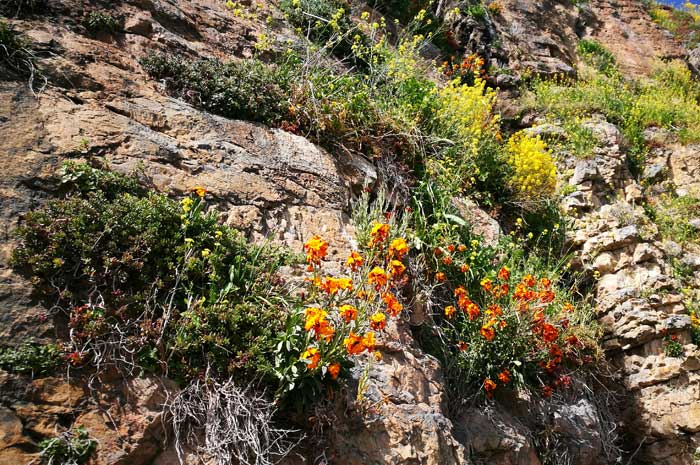 Places such as Camping Rino could therefore be convinced that it is the year-round tourism that would do the region good, not only high visitor numbers in the two summer months. A year-round opening time of the campsites is however one of the conditions. 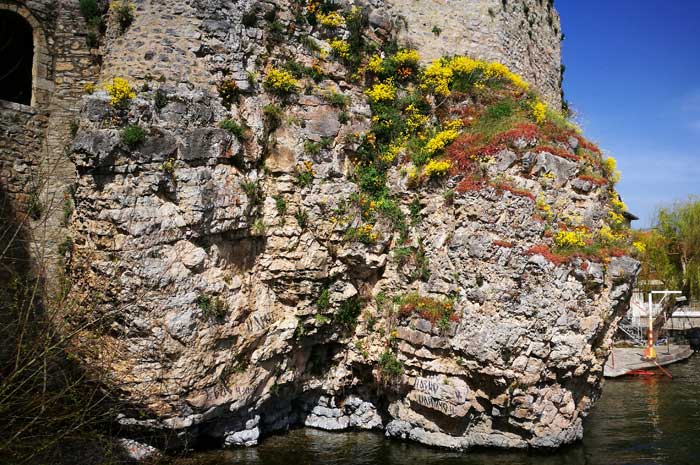