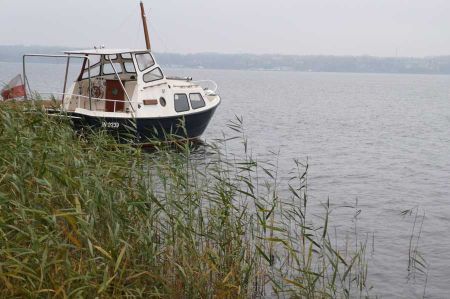 On the road again in Poland, we had been looking for accommodation in the vicinity of Legionowo for the night and found what we were looking for right on the banks of the Zegrze reservoir.

The Zegrze Reservoir is a reservoir fed by the Narew and Bug rivers, located in the Masovian Voivodeship just a few kilometres north of Warsaw. The lake is extremely popular with water sports enthusiasts and serves as a local recreation area for the citizens of Warsaw. Already on arrival we met numerous vehicles with boat trailers, which now in November brought their boats to the "dry land". The area is very well developed for tourism, so there are numerous marinas and excellent accommodations, as well as numerous excellent gastronomic establishments, as we were able to experience several times.

To the Zegrze reservoir in glorious sunshine 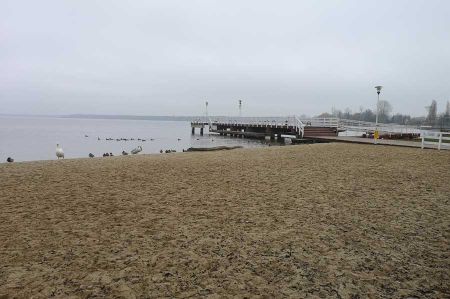 Our arrival time was so convenient that we had enough time to explore the area a little. We also quickly learned some details about the Narew River and its tributary the Bug. As on many points, the scholars argue about who of the two is the mainstream and who is the inflow. It didn't matter to us, because the Narew is a current example of how, contrary to the hydrological features, a name decision can make the tributary appear as the main river. The river system here is dominated by two main drainage lines, that of the Narew and that of the Bug, which only meet shortly before the confluence with the Vistula. The dominance of the bug results scientifically from the following characteristics: 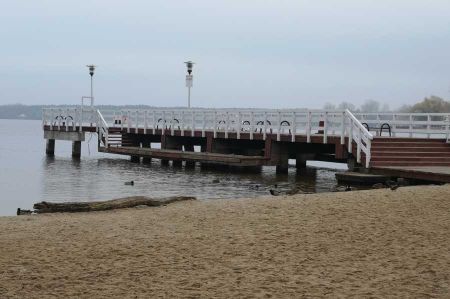 Before the Zegrze reservoir (33 km²), located at the mouth of the Bug and Narew, was built in 1962, the Bug was the main river in the neighbouring countries. After the damming, the Narew appears to be the more important river because of the wider valley and the locally constant flow direction. On December 27, 1962, Prime Minister Jozef Cyrankiewicz declared that the name Narew instead of Bugonarew would henceforth apply to the lower reaches of Poland.

However, the reservoir is suitable for water sports: swimming, diving, sailing, kayaking and sunbathing. Pleasure boats and houseboats from Warsaw can reach the lake via the Vistula-Bug Canal, which connects it directly with the Vistula.

Some interesting details about the Narew

The source of the Narew is located in the Białowieża Forests in Belarus, north of the city of Brest. The river runs several times in strikingly changing directions through glacial valleys and wide meltwater channels that were created in the run-up to the soft ice age inland ice. At Nowy Dwór Mazowiecki north of Warsaw, the Narew flows into the Vistula from the east, shortly after it joins the Western Bug, which is larger at the point of confluence.

The strongly meandering Narew River is accompanied by numerous oxbow lakes and tributaries and is considered to be one of the last preserved anastomosing rivers in Europe. Up until a few years ago, 151 species of birds were breeding here in great density, such as the spotted moorhen, small moorhen, water rail, bittern, bluethroat and swirl.

The Upper Narew Valley was protected as a Narew Landscape Park in 1985. Part of it has belonged to the Narew National Park since 1996.

Historical significance of the Narew

Together with Pisa, Vistula and San, the Narew was supposed to form the boundary between the German and Soviet spheres of interest, as agreed in the secret additional protocol to the German-Soviet non-aggression pact of August 23, 1939. In the subsequent diplomatic agreements, especially the German-Soviet Border and Friendship Treaty of September 28, 1939, this border was moved east to the Bug at the request of the Soviets and Poland was thus divided for the fourth time, so that the Narew was no longer playing a border Role anymore. 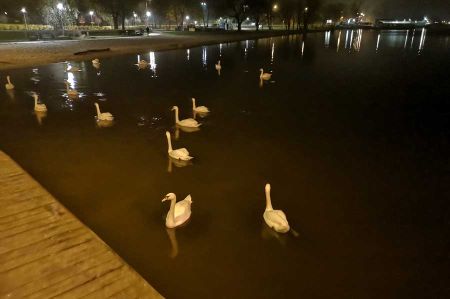 We then slowly started back, the darkness came quickly and somehow surprising. At the back of the jetty we noticed a young woman who posed selfie-like in the water. Of course, the shimmering water beckoned in the backlight, but should you accept a cold or something worse?