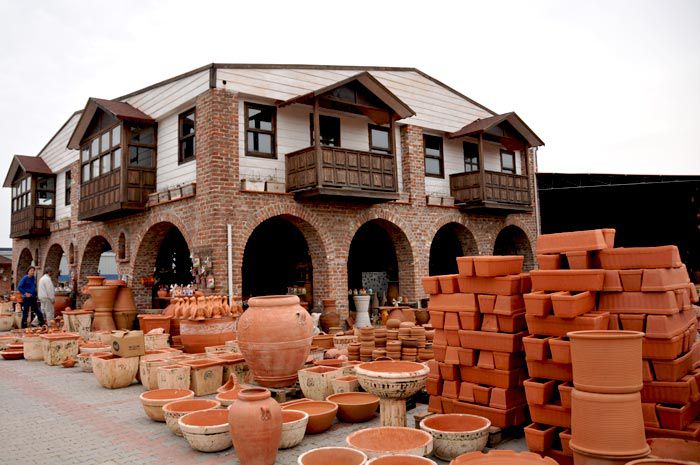 For the 60th anniversary celebration of Goethe-Institut Izmir and project presentation, we were in Izmir, The Pearl of Aegean. The idea of spending the weekend at the Pottery Factory in Menemen, took place due to the president of the Menemen Potters Association Ertan Saruhan. We spent our Saturday with Master Taner and Mehmet in one of the oldest pottery factories of Menemen. 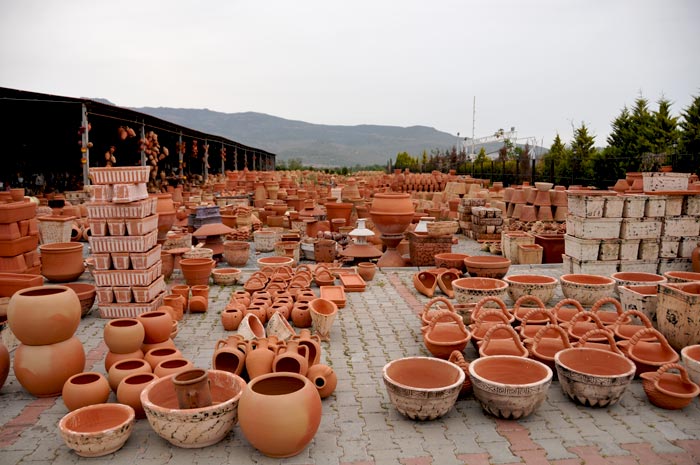 Approximately 30 pottery factories which are members of the Menemen Potters Association, present their products at the exhibitions on Izmir-Çanakkale highway, but it is not possible to find the real artworks there. In order to reach out the artworks of Menemen masters, you need to visit pottery factories, listen to tales of masters and share these narratives. 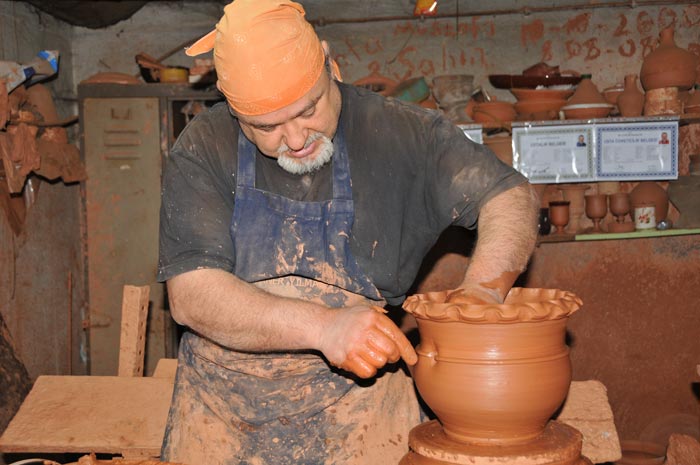 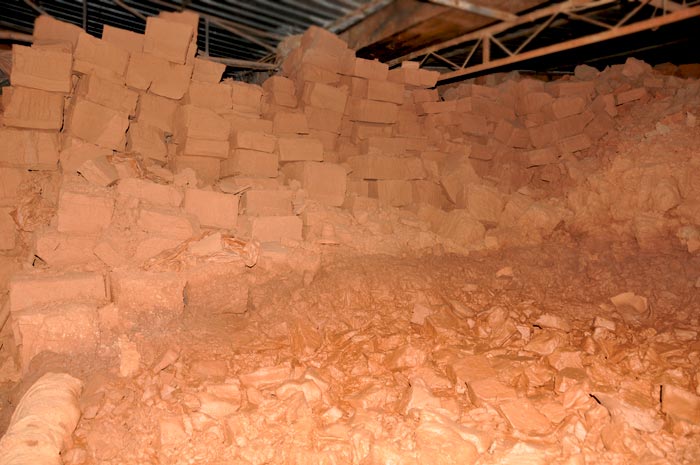 The first step of pottery making is to gather the convenient clay soil from the area in the process of turning soil into mud in special pools. Then, drained and cleaned soil is dried until it gets thicken. For shaping, it is turned into mud again with water and it is shaped manually on the wheel. Pottery, which is left to dry is cooked in a special oven. Sometimes it is varnished for preventing the water leakage. In Menemen, majority uses LPG oven, but there are factories that use electric oven. 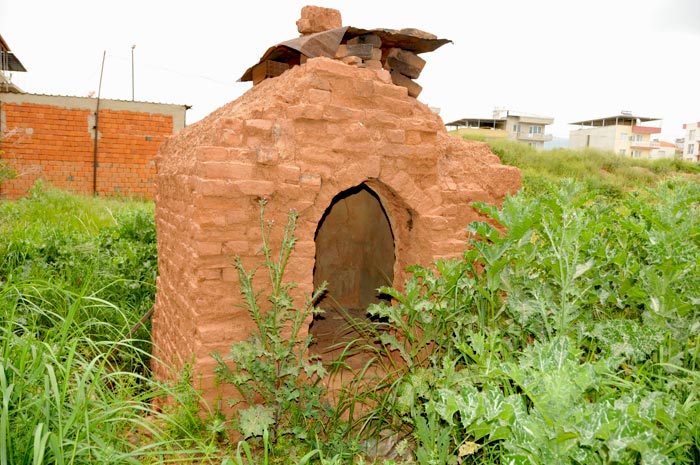 From the Neolithic age, without any important production change, "The Art of Pottery'' continues its existence in Turkey's most of the regions and it is a common art form. Besides of hand building, molding and firing are other shaping forms of pottery. Potters of Menemen produce earthen wares, pots, vases and ornaments by this ways. 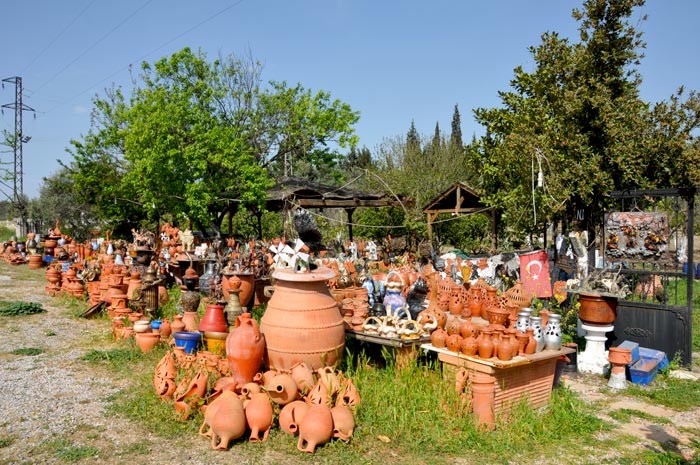 In lodge to pass the night, we headed towards the citrus garden of Sabahattin Vardarlı, the oldest pottery master alive in Menemen. We were tired, so, we gave a break to the night chat. In the morning, while listening to his stories about the art of pottery and his expectations of the future, we took a walk to his exhibition in his garden on the Old Foça road. Sabahattin Vardarlı is a pottery master who was honored by UNESCO as Living Human Treasure. While he was showing us his artworks which have different tales, we felt the resentment of enjoy in his voice. As an artist, he needs motivation to create new artworks. However, he remarked that the art of pottery does not get the attention and value that it deserves. 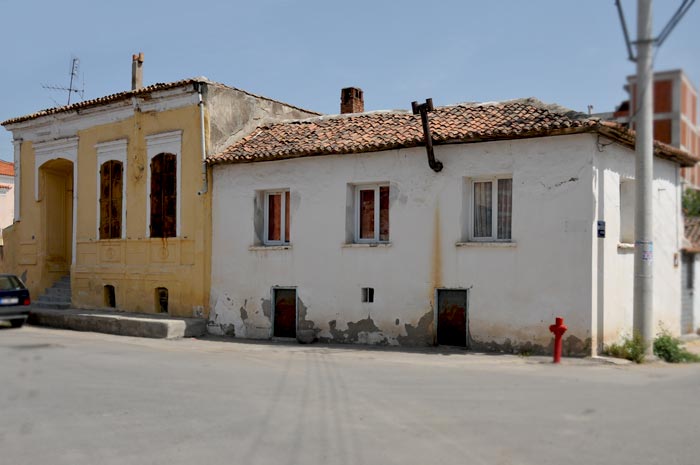 Later on a breakfast full of art and conversation in a wonderful spring morning, we set out to beat the pavements of Menemen under the leadership of Ertan Saruhan for taking photographs of historic structures that witnessed history. It has been believed that the settlement started about 1000 B.C. in Menemen, where became the homeland of so many civilizations. We were impressed by the beauty of Greek houses in the Greek neighborhood of Menemen, but we did not know what to do about the destruction of these beauties except documenting them. 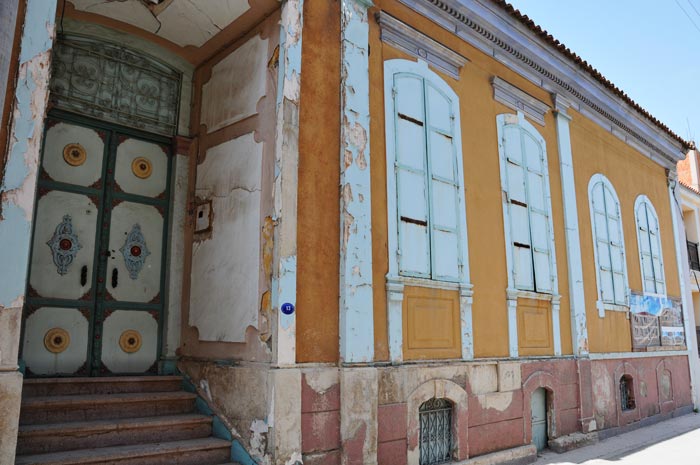 The church which was used by the Greek population before the Turkish War of Independence has been restored recently and tenaciously it continues to witness its own history against the mentality that wants the destruction of history. Until the beginnings of The Turkish War of Independence, Menemen pottery was carried on by Greek potters for centuries. After Greeks had left the regions at the end of the war, families from different towns took over the wheels and Menemen pottery has survived until today. 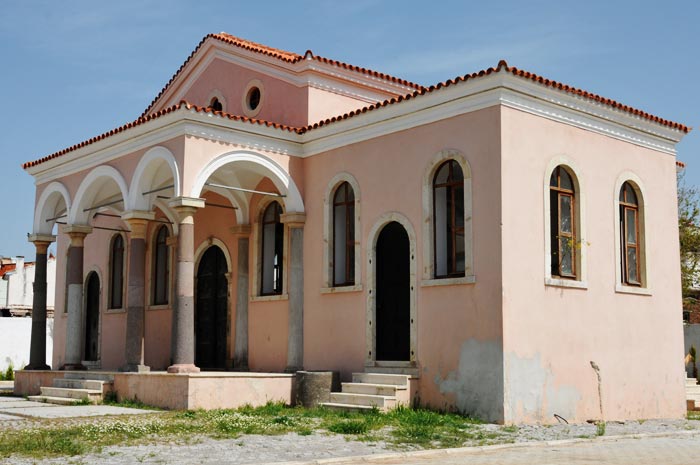 The church of Agios Konstantinos, also known as Greek Church, is considered that was built at a date between the second half of the 19th century and the beginnings of the 20th century. We went on the Menemen city tour and stopped in Tashan. Since its tablet is lost, the construction date of Taşhan is unknown. We had a break to rest in this living example of Islamic architecture and visited both different craft shops in the public house and the Menemen Potters Association office. 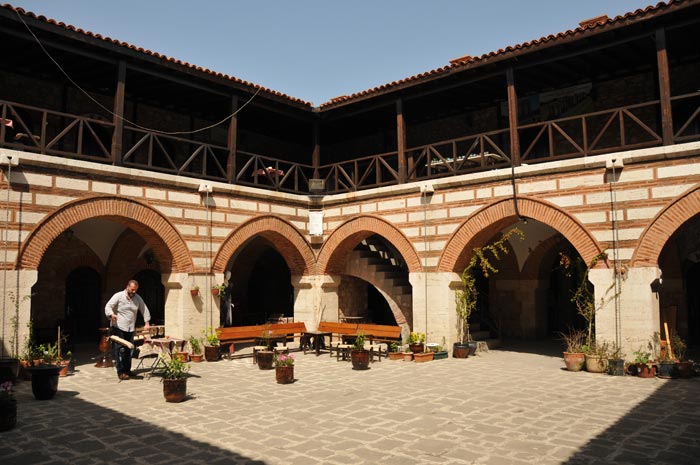 Tashan is one of the most important historical legacies in Menemen that it was constructed for the accommodation of caravans travelling along the Silk Road, with Mehmetpasa Mosque, covered bazaar and Turkish bath. After the restoration in recent years, it started to give service to tourism. 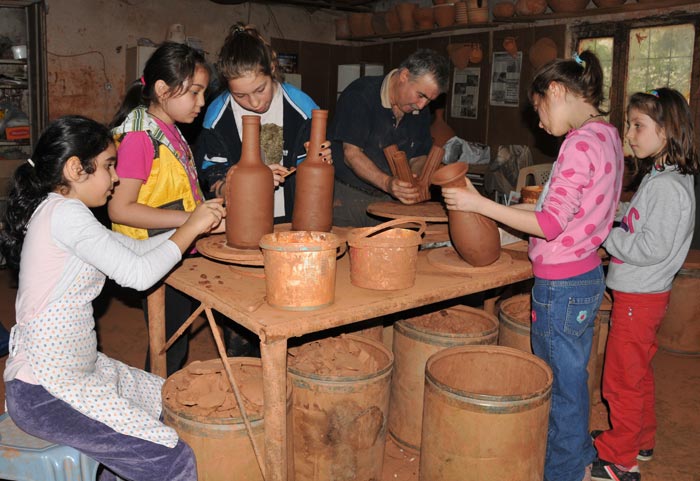 We visited The House of Priest, which is one of the oldest and precious structures of Menemen that survived until today. Then, we stopped by at the factory of Master Taner and Mehmet. There was a nice Sunday activity. Master Mehmet was teaching the practice of decorating with the technique of scraping leather tough potteries taken from the wheel, to the students from Bayraklı district of Izmir. 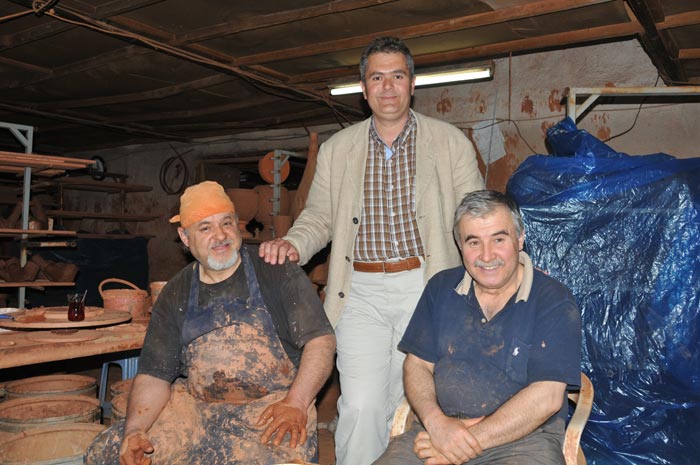 Pottery factories require support for the survival of pottery art and it is necessary to attract the next generation’s attention to pottery profession. The president of the Menemen Potters Association Ertan Saruhan presents the Menemen Potters Village project aiming to overcome all of the difficulties and obstacles in front of this craft.