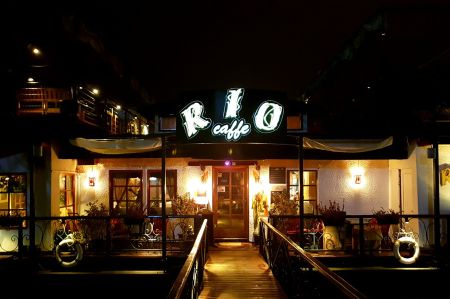 After a few days of organizational office work in Germany, we supposed to go via Brunn am Gebirge (further talks on the planning / designing of a camper stop) to Belgrade, where an interim overnight was planned.

Once again, the travel time was planned in a way that at least one further tour of the city in Belgrade was possible, which this time was to take us along the Danube. We had chosen a floating hotel for the interim overnight, which should turn out to be a flop, as the announced parking plot was not possible. Beautifully located and only on foot through the park attainable, we were sorry, but except solution then to have to change, since the offered parking would reach of the hotel costs. What a pity!

Just the way through the park and along the Danube with its floating restaurants and bars compensated our sadness what else could we do then reorientation to another hotel. just by the way, we found some floating hostels on the river too.

No other city on the European continent can boast as many names in different languages and cultures as Belgrade, due to its changing history. From the Celtic and Roman Singidunum to the Byzantine Singidon, the strategically important fortress and settlement was also called Alba Graeca until the 19th century.

This name indicates the time of Byzantine pre-eminence in this Balkan region. In Byzantine sources the city was called Veligradon - a slight modification of Belgrade. The city was also known as Alba Bulgarica, Bello Grado (Italian), Nándorfehérvár and Landorfehérvár (during the rule of the Hungarians in the Middle Ages) or Greek Weißenburg, how it was known in the 19th century in the German Reich. During the reign of the Ottomans, Belgrade also got the nickname of Dar Ul Jihad, which meant as much as House of War, House of Freedom as well as hills of struggle and glory.

As Beograd, the white city, the Serbian metropolis first appeared in 878 in a letter from Pope John VIII to the Bulgarian prince Boris I as episcopus Belogradensis. The name probably goes back to the light color of the limestone used for the construction of the fortification, while the Avaric name was lost historically.

Belgrade is really characterized by a dynamic and diverse culture. The city, through its former border between the Orient and Occident, as well as the position of Yugoslavia during the Cold War, provides a unique cultural mixture. A certain nostalgia to the great time as a former residence of the so-called "Red Monarch", Marshal Josip Broz Tito, when the city was also the "capital" of the block-free movement, still resonates with the inhabitants in the modern architecture characterized by socialist planning. Tito's sustainable heritage is therefore also commercially marketed on a profitable basis. A sightseeing tour from the station Danube Harbour around the land of the Kalemegdans to the former royal station Topčider in Tito's luxury train with its art deco-style salons is offered.

Attractions Clubs and bars are located in floating boats on the bank of the Sava and the Danube. Belgrade still retains its reputation as a city with vibrant nightlife.
The city is often a weekend destination for numerous tourists from neighboring countries, especially from the former Yugoslavia, due to the wide range of clubs, bars and restaurants. The vibrant nightlife of Belgrade also has a reputation as a leading European party city.

We liked it, although quite cold, so warming cafes were also always intermediate destinations of our tour, which alone were worth the visit.