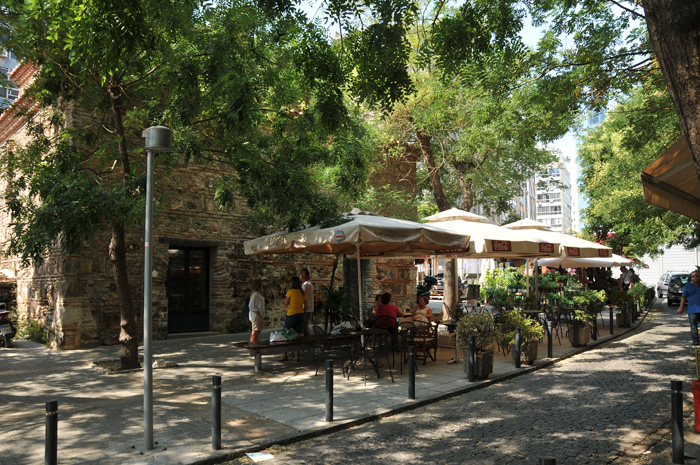 Once again, we wanted to take a day trip to Thessalonica, this time Heidi and Rainer were our companions, which are, next to the ancient Roman buildings being interested in the infrastructure of Thessalonica, in particular the broad and long developed promenade for cyclists and pedestrians. 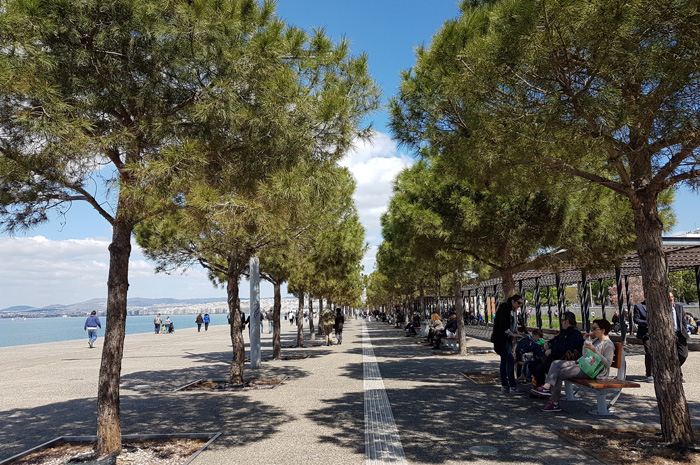 At first we walked under shade-spending pines, where pedestrians and cyclists use the kilometer-long beach promenade, the width of the promenade also provides enough space for green areas, exhibitions places and traffic gardens. 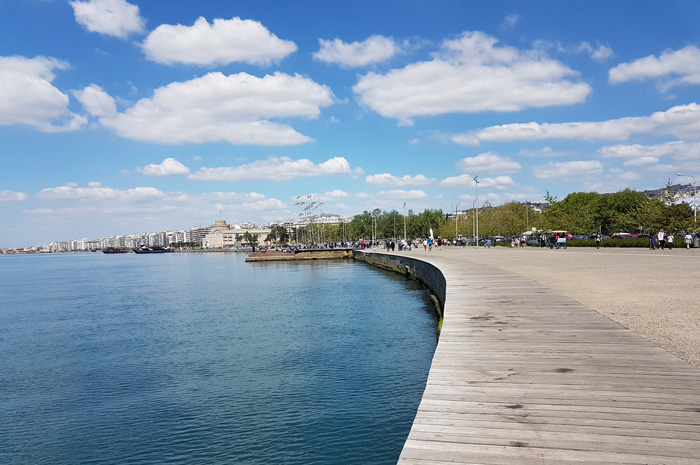 Several times we have already pointed out the umbrella memorial, which is a special attraction for all visitors. 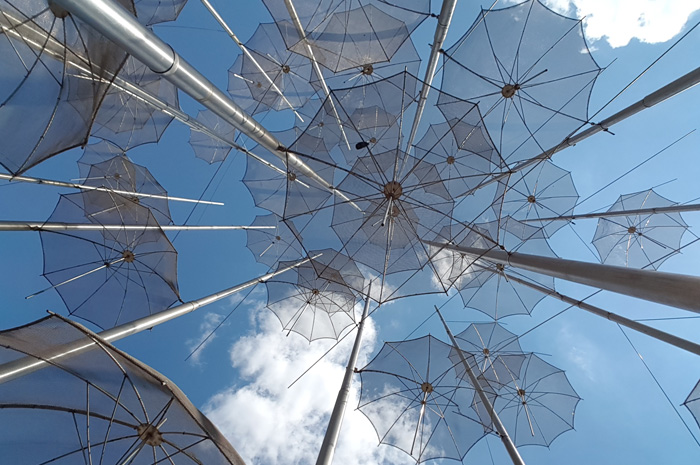 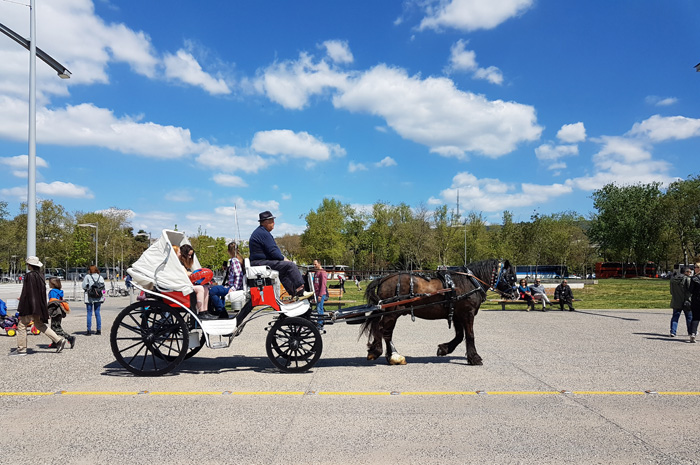 A little later we reached the huge Alexander the Great Monument. 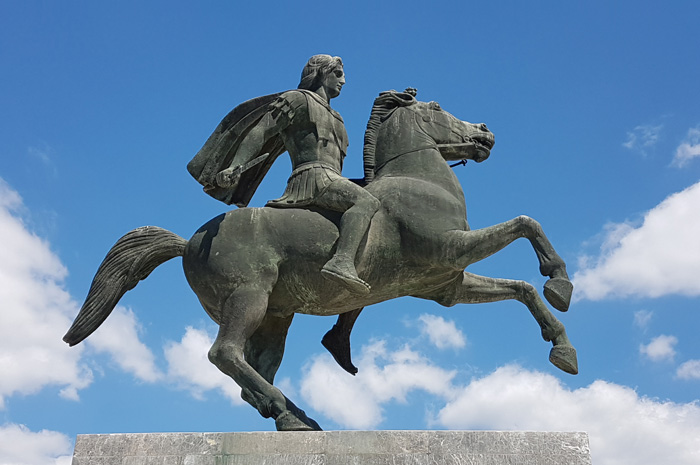 An excursion sailing ship in the design of a pirate ship lured the harbor cruise, no travel costs, if instead a drink is ordered. 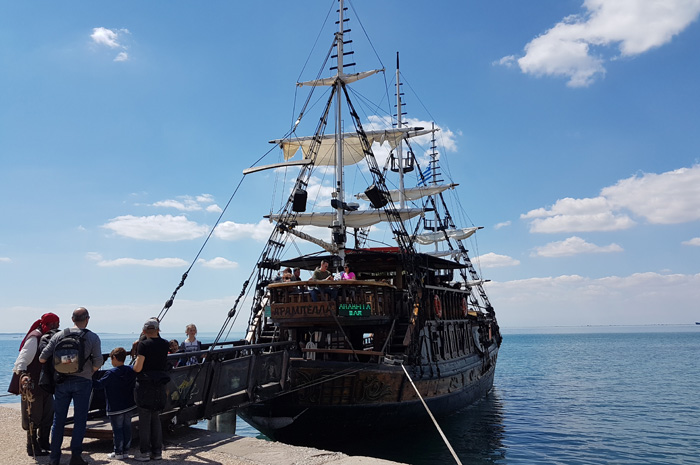 Is he lucky enough to have freshly caught fish on the dining table in the evening? 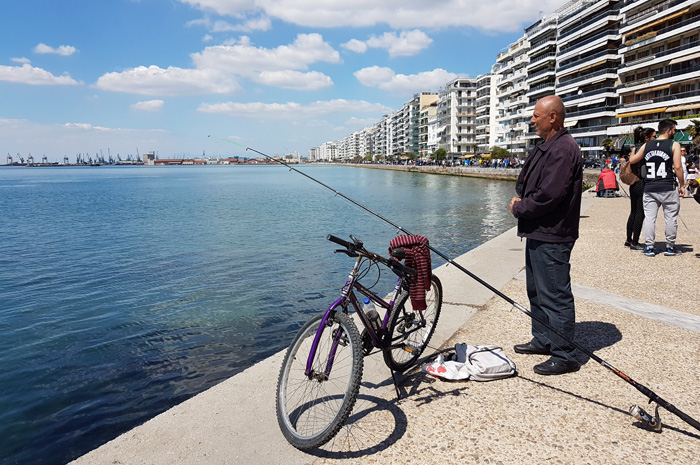 Some traders had also found themselves, thus providing additional stimulus and a little business. 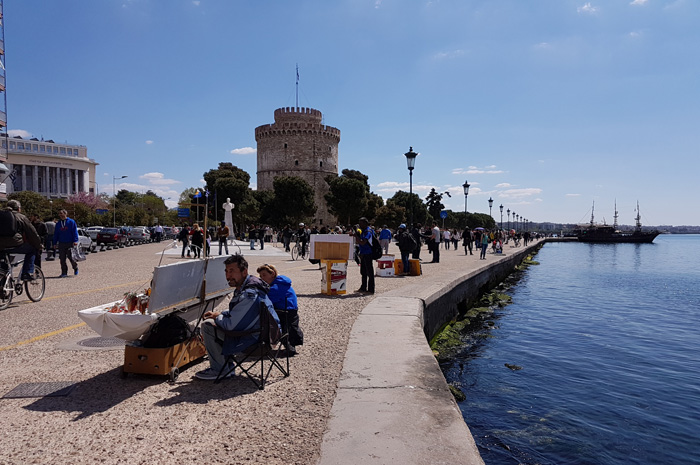 We found a small dining restaurant, where there was this delicious Greek salad as a starter, hmmm delicious. 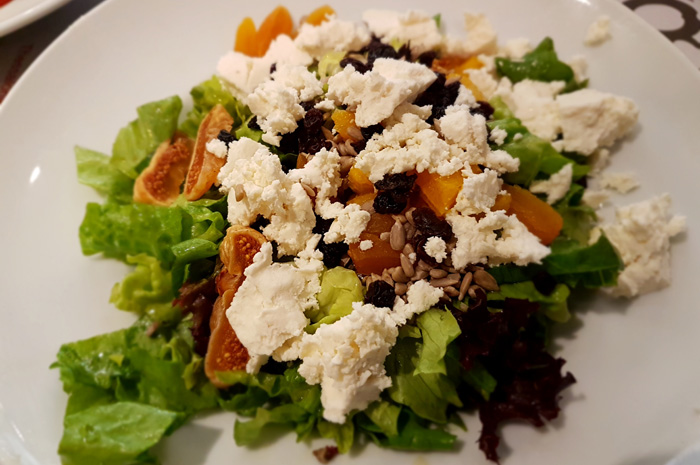 From the promenade, we followed the pedestrian zone at Aristotelous Square up to the Agora, one of the famous excavation sites in Thessalonica. 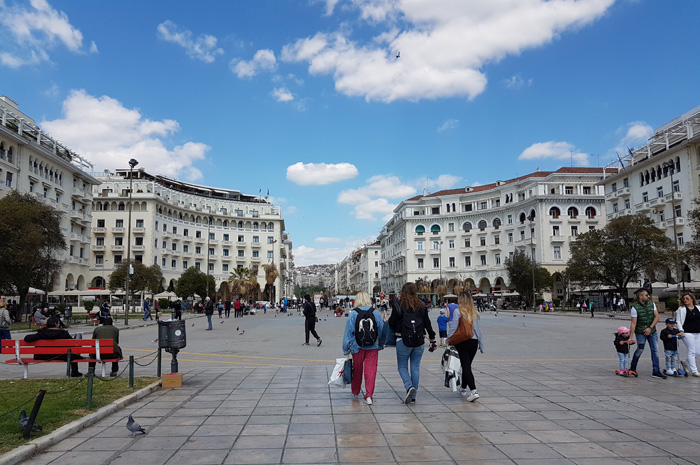 There was another treat in the form of a delicious ice cream. 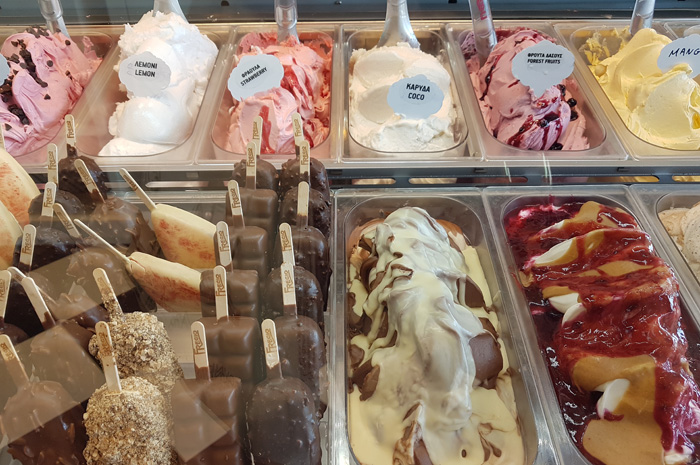 At the White Tower, the central attraction and starting point for various city circuits and round trips, the bike route marked with yellow lines are clearly visible. 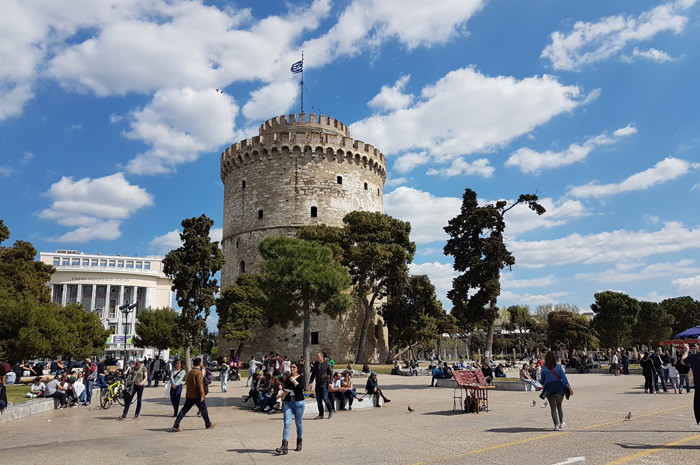 We paid particular attention to the wooden bicycles you can borrow for your use and ...... 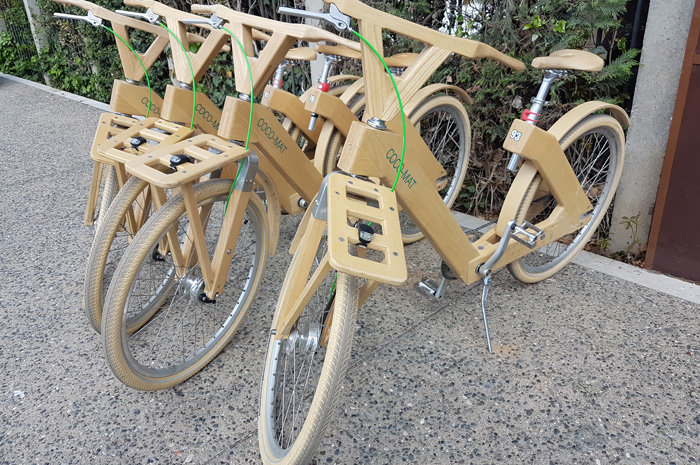 which are also used by local people and visitors. 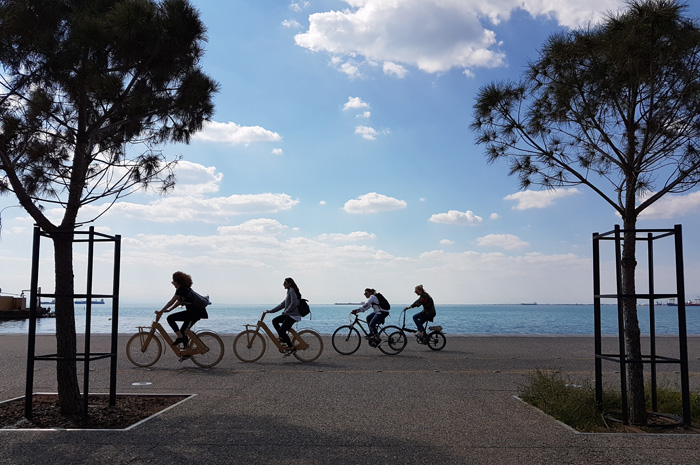