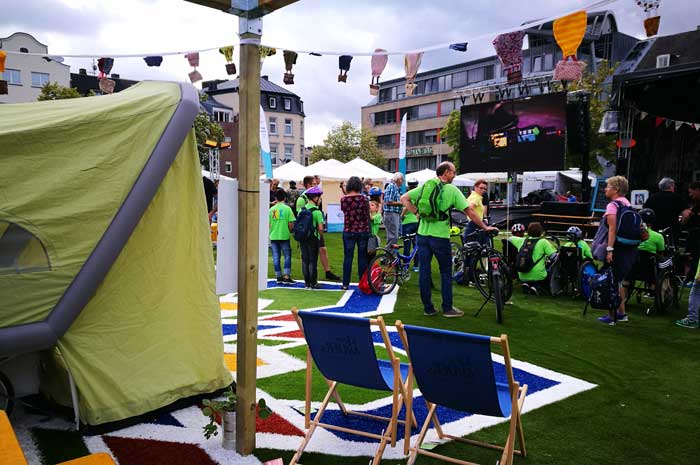 Usually people go to the city parks to go for walks, but most of all they use the public gardens to relax in the sun, play football, have a picnic with friends and enjoy other leisure activities. 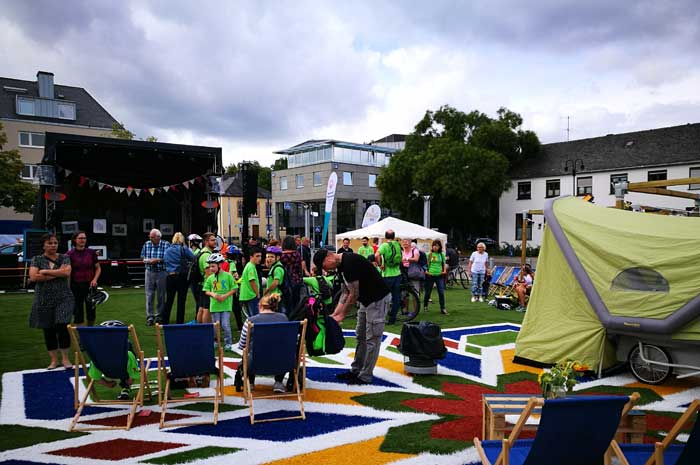 The Flying Grass Carpet is a beautiful green garden carpet that flies from one place to another and stays in place for only a short time. Once landed, it will function as a public park. 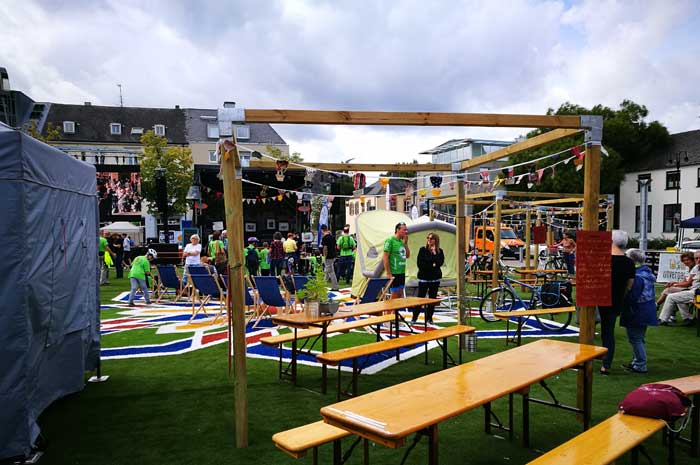 The Flying Grass Carpet consists of a combination of different artificial grasses with different characteristics and colors, all interwoven and resembling an original Persian rug. 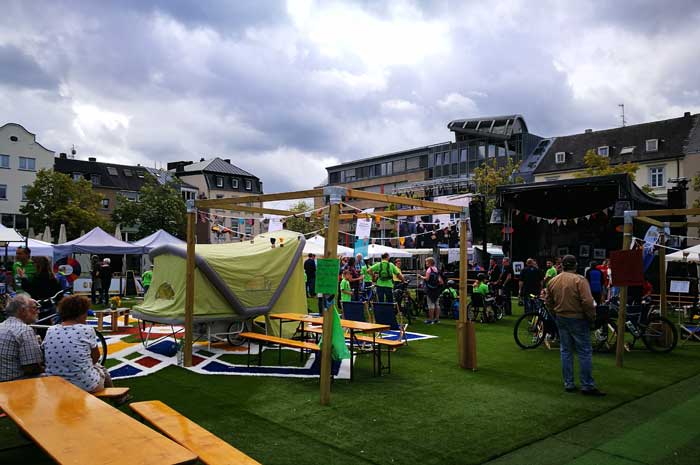 The metaphorical traditional Persian rug creates a cozy atmosphere in the public space. The familiar design pattern combined with its size will lead to a unique transformation. Each part of the pattern has a different texture and height of grass, which makes it a three-dimensional piece of design. 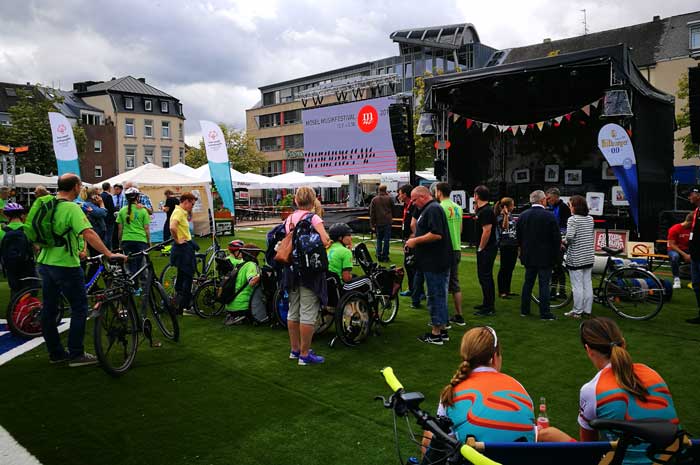 The Flying Grass Carpet is currently hosting a big cultural festival around cycling in connection with the stopover and the start of the third stage of the cycling professionals of the Germany Tour in Trier, where "The Kultur-Karawane Trier" had invited us. 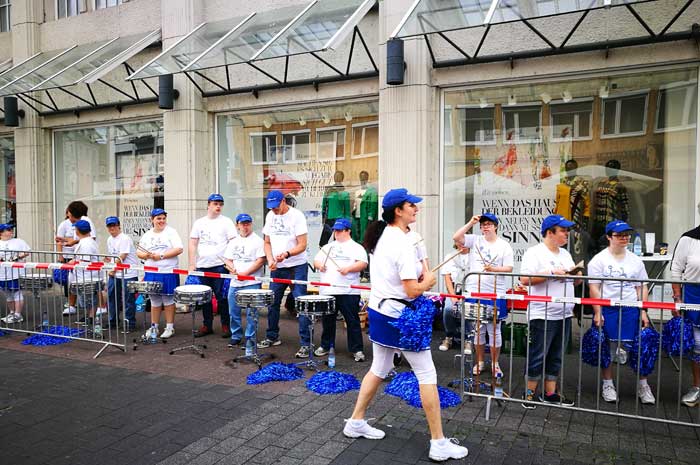 So we went to the culture festival with a lot of music for two days, also to attend the start of the third leg of the Germany tour, in the luggage the so-called mini-caravan GentleTent from Vienna, a bicycle trailer with inflatable tent above the loading area. 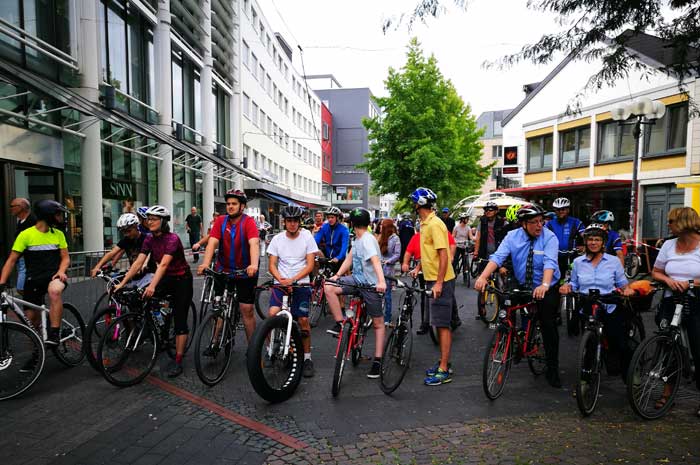 And as announced, almost everything revolved around cycling on the carpet, with the B-Turtle in the center. So the interest of the visitors was accordingly large, in addition to many variants of the touring and mountain bikes, also an option for the overnight stay during the bike tours. 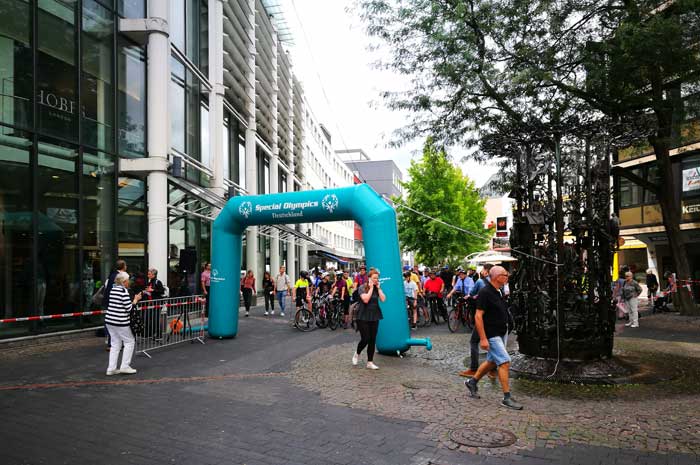 One of the big events of the cultural festival was the offer of a local sponsor in the form of a check in the amount of 5,000, - € for charitable purposes, if cyclists from Trier could make 500 kilometers on a circuit through the city center. 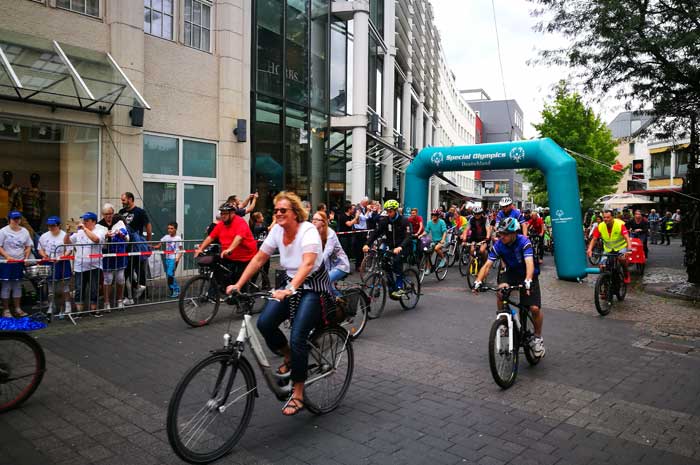 The city center and its pedestrian zone is normally closed for the purpose in a circular course, launch site was right next to the Flying Grass carpet on Viehmarktplatz right next to the building of the Roman Bath. 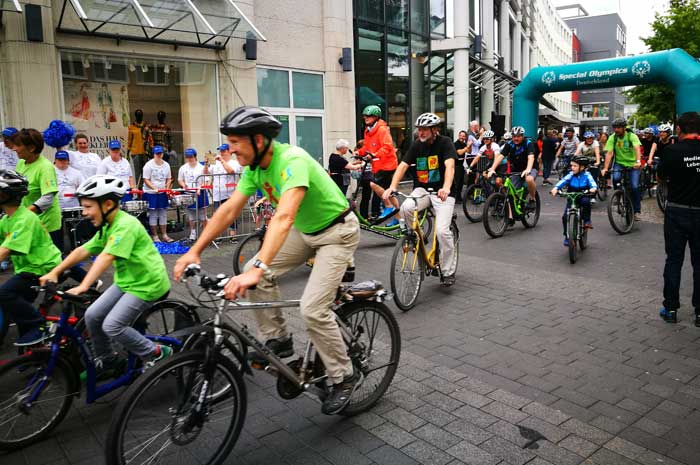 Several people from Trier had appeared with their bicycles, where almost all categories of two - and three-wheeled vehicles were to be seen together to master the required route together. The city center is otherwise locked for cyclists, so this was a way to explore the city center by bike. For sure that the required performance could be fullfilled. 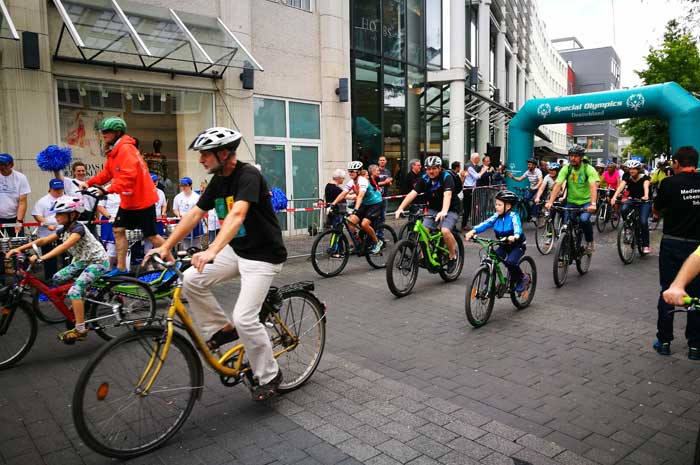 In general, Trier was a cycling enthusiastic city, which was able to award a few more actions on the occasion of the cultural festival. So different clubs and groups were called to replace the car by the bike, which together did distances of more than 240,000 kilometers within the given time table, came together.