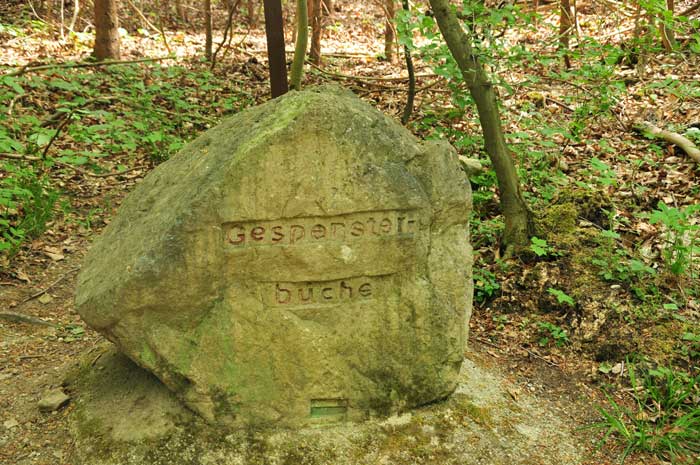 With great interest we walked along the graduation plant of Bad Kösen, admired the wooden construction technology and enjoyed the wonderful view of the Saale river until we came across a hiking sign which pointed to the local ghost beech tree not far from the graduation plant. 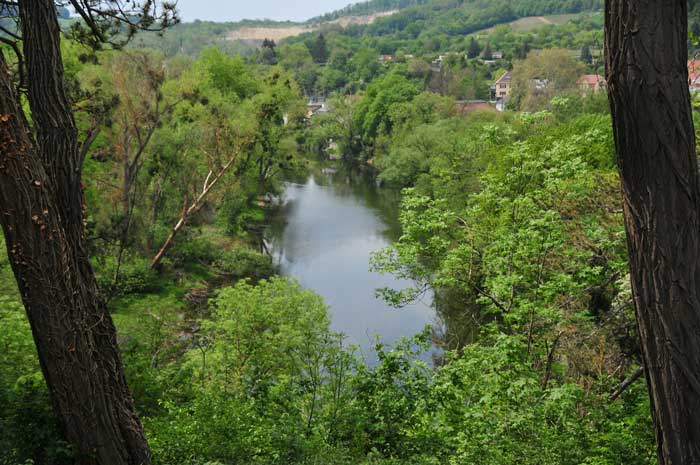 There are so-called ghost trees in many places, which sometimes could tell their own stories since they are hundreds of years old. We decided going there. 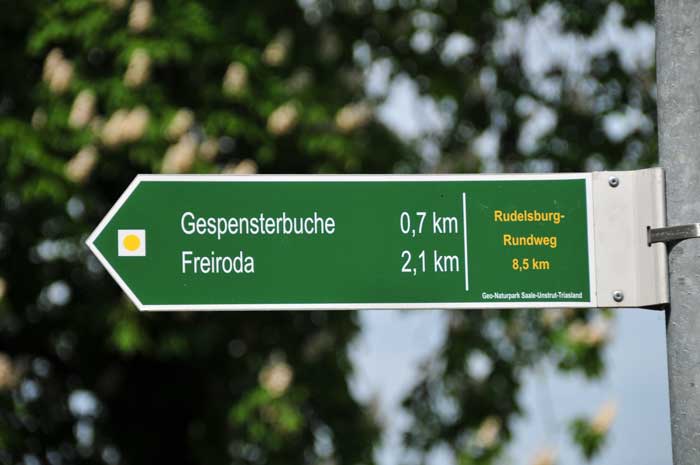 Every one of us has deliberately looked at the silhouette of trees, especially in exceptional lighting conditions, when apparently growth forms change into figures that convey a ghostly appearance. 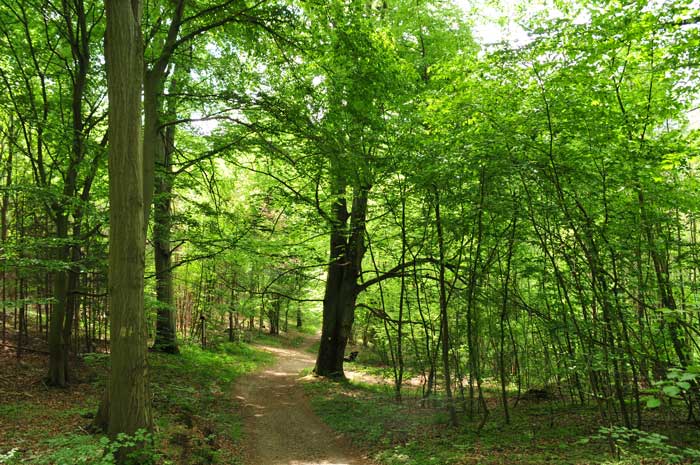 In extreme cases, such special growth forms are sometimes staged in films when scary beautiful stories are to be conveyed. Bizarre tree shapes become faces, figures or parts of them and everything else that humans understand as normal grown trees. We were looking forward to the ghost beech of Bad Kösen. 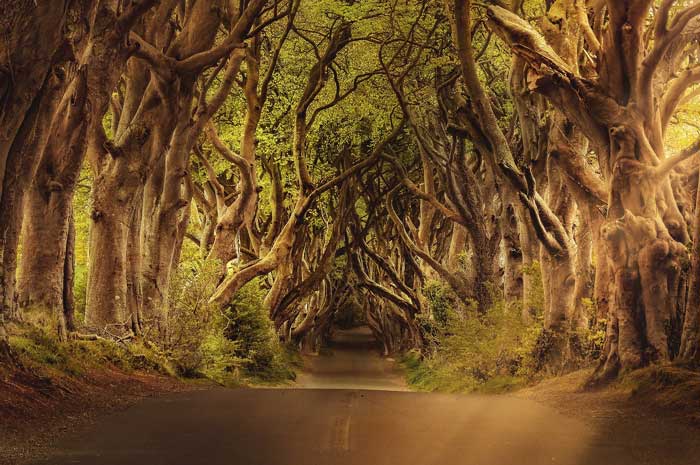 A walk through the wonderful forest full of old beech trees can be a test of courage ... or just a walk-through history? How does the strange growth form come about? Is it possible that man is involved? 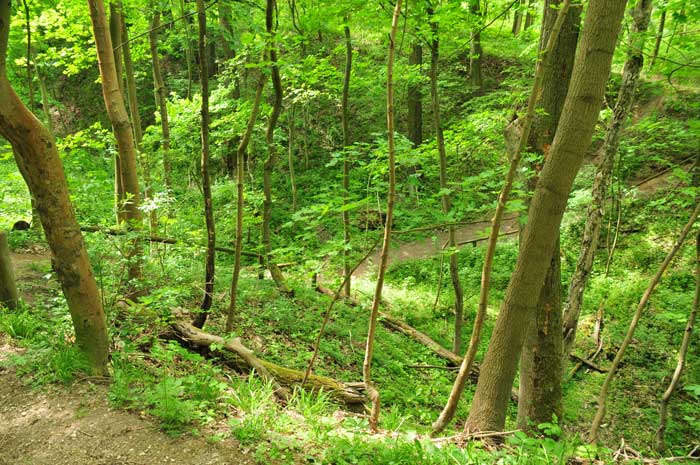 Of course there are always unusual growth forms due to external influences of the location, the subsoil or prevailing wind directions. But humans have also made a significant contribution. We would first like to refer to the so-called head trees. 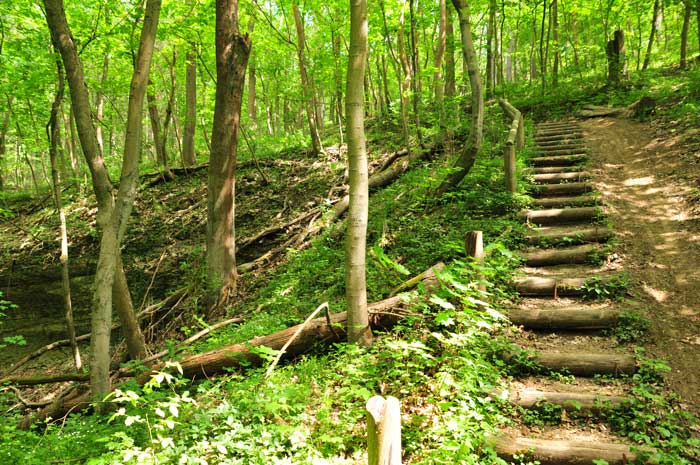 Head beeches are typical witnesses of the past, more precisely from the time before 1900. As part of the forest agriculture, the trees were cut back every 15-20 years for timber. 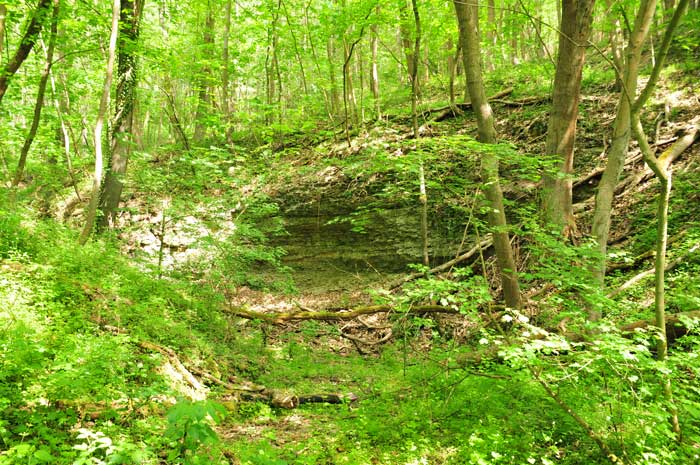 At that time, trees were still standing on areas used by grazing cattle and the animals contributed to considerable damage by biting the fresh shoots. Based on this knowledge, the cut back was moved to a height of around 2 meters so that the animals could no longer get there. 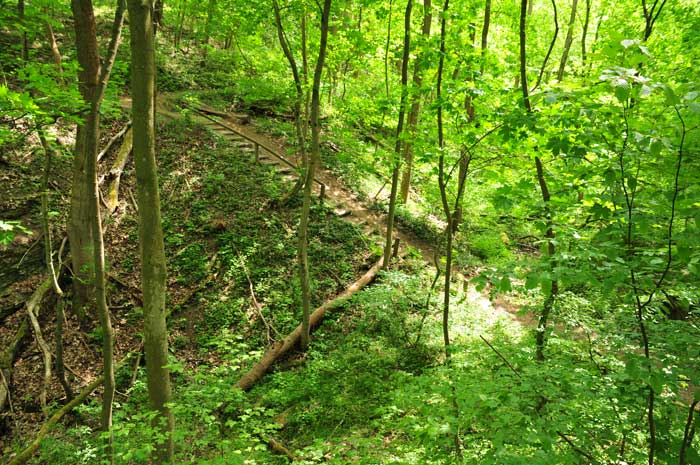 The trees, however, constantly overwhelmed the “damaged spots” with fresh shoots, forming massive stem heads that sometimes look almost like faces due to growth defects. 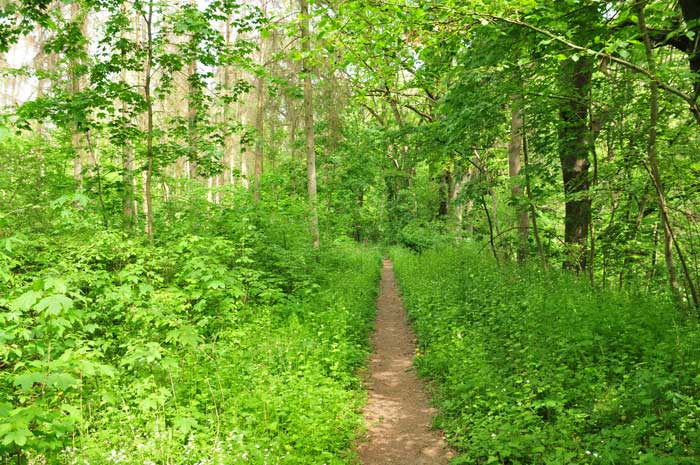 The path into the forest started right at the end of the village, only a few hundred meters from the graduation plant. A hiking trail, well-marked, some branches indicated further destinations.

On the way we came across the memorial stone to the ghost beech. Unfortunately, this stone was the only remaining relic of the beech, which was once mighty, as can still be seen on the rootstock. 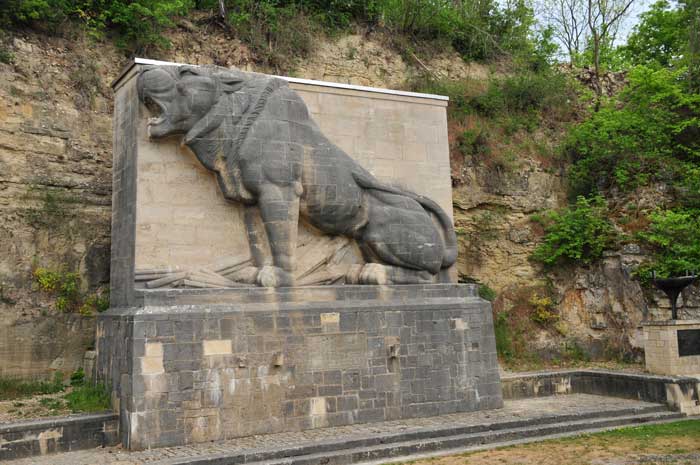 At first a bit disappointed because of the beech, we were still able to enjoy the hike under the green canopy. A little later we reached a steep section and immediately afterwards the monumental lion carved out of stone came into sight. A memorial stone to commemorate the fallen soldiers. 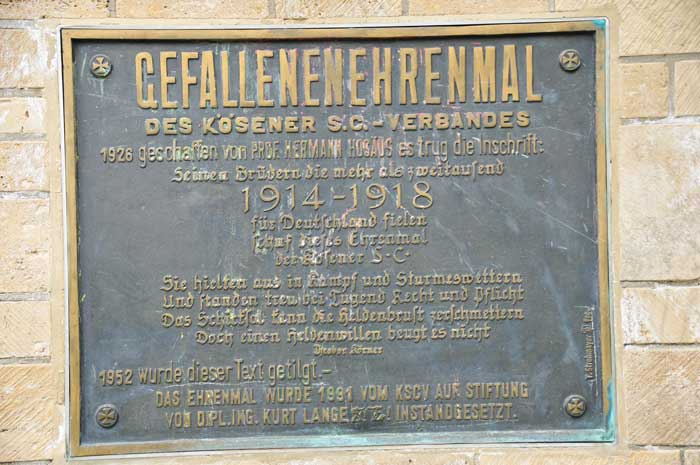