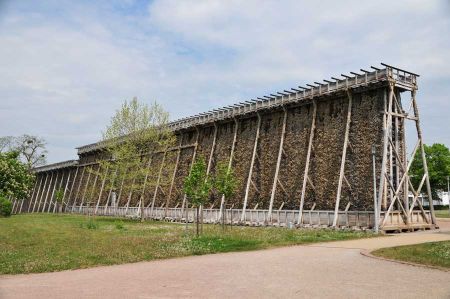 If you are traveling in different regions of Germany, you will occasionally come across interesting buildings of bygone eras, which, sometimes surprisingly, will be given high priority again due to changing use and changed tourist interests.

In the small town of Bad Kösen, for example, we came across a graduation tower that is still in operation but has long since ceased to be used just for salt production. Graduation towers are often operated in Germany for short-term purposes and are particularly often found in health resorts, including Bad Kösen. 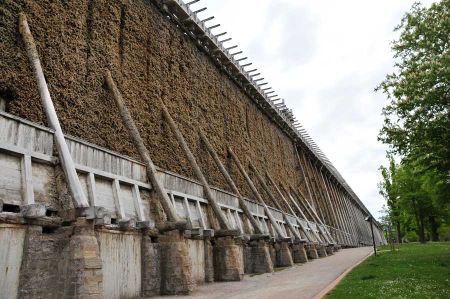 The brine trickling down on the branch plant enriches the air near the graduation tower with brine droplets and salt aerosol, the water droplets bind particles in the air. Similar to sea air, for example, this has a positive effect on pollen allergy sufferers and asthmatics. By breathing in salty air, the airways are moistened, and the walls of the respiratory organs are positively influenced. In addition, the fine salt crystals have a secretion-releasing effect, clean the respiratory tract intensively of bacteria and cause the mucous membranes to swell. For these reasons, many doctors and naturopaths recommend a longer stay at the sea or in health resorts, which have made use of the effect of the graduation towers, but which is not consciously implemented by many citizens. 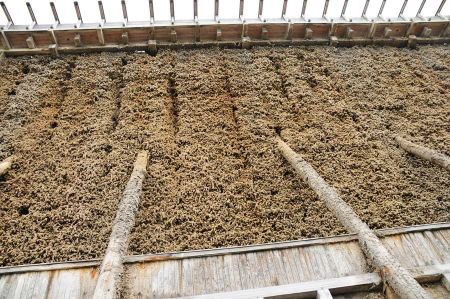 Today, graduation towers are more of a tourist attraction in terms of their dimensions, because the actual spa and bathing business is no longer as attractive as it was 100 years ago, but no expense or effort is spared to bring the associated technology back on track . What are the reasons?

Many graduation towers are or were part of so-called saltworks, which consist of a graduation tower and a salt works. Graduation towers are often incorrectly referred to as “salt pans” because a salt pan is a system for extracting table salt by evaporating water from the brine of a natural source, which often happens underground. Saltwater salt pans, on the other hand, are relatively shallow pools, sometimes simple, small earth walls, in which sea salt is obtained by the evaporation of sea water.

The graduation tower is also basically a plant for salt extraction. It consists of a wooden framework that is filled with bundles of brushwood, here preferably blackthorn bushes. The verb graduate means "concentrate a substance in a medium". In the case of a graduation tower, the salt content in the water is increased by passing brine through the brushwood, whereby water evaporates naturally. In addition, contamination of the brine is deposited on the thorns; this increases the quality of the salt produced.

Technical innovations for salt extraction in the 16th century 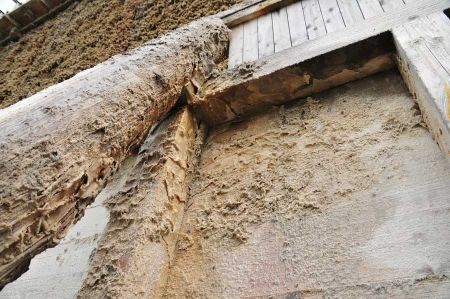 From the 16th to the 17th century, thorn grading became the technical innovation, which allowed the salt mines, whose brine sources had a low salt content, to boil a more concentrated brine. The brine trickled through meter-high walls of thorny scrub and was concentrated by the wind and sun. At the same time, contamination of the brine (such as lime or plaster in the brushwood) and formed the gray-brown thorn stone.

This technical process has completely displaced the straw grading previously used from the graduation houses. The first straw graduation tower was built in Bad Kissingen in the 16th century as a technical and historical innovation. The thorn grade then eliminated the quickly rotting and contaminating the brine, and it even helped clean the brine. The high wooden scaffolding, the pumps and the ever-increasing boiling equipment required high capital expenditure with the result that state monopoly saltpans were increasingly established in the course of the emerging economic policies in many territories of the Holy Roman Empire of the German Nation. 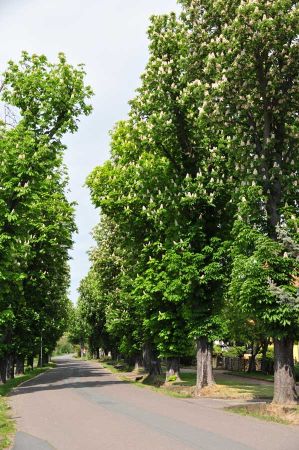 Graduation towers are often used as sights, so there was often a lot of discussion, particularly in spa towns, as to whether the establishment of new graduation towers would supply their spa facilities with a sufficient number of new spa guests and whether the corresponding cost-benefit calculation would be positive. For Bad Kösen, this may be particularly true if it shows itself to the viewer from the Saale bridge, standing on a steep rocky slope above the Saale, and thus contributes to the defining image of the small spa town on the middle course of the Saale.

Now Bad Kösen has by no means the only or largest facility of this kind. Just in Germany, 28 cities can point to such graduation towers of different sizes and regions of different designs. But all these places have one thing in common, they have mineral sources with a high proportion of saline. However, salt concentrations occur that are far below the degree of saturation and therefore do not allow economically viable siltation of the raw brine.

Hydropower as a source of energy for brine pumping 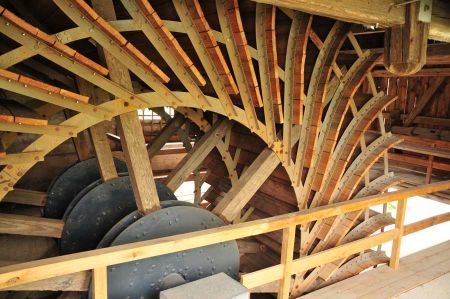 Pumping stations that were driven by humans or animals are used for conveying from the source shafts to the graduation towers and for the brine run during grading. With technical progress, however, wind and waterpower could be used. Water and wind skills combined with power transmission systems, so-called field rods, made natural energy usable and the operation of the systems more effective. And here is a particularly interesting large detail in Bad Kösen.

The Bad Kösener graduation tower is a real example of this historical development from part of a saltworks to the centre of the brine therapy of the 20th century and also thanks to the efforts made at all times to preserve the entire ensemble for salt extraction. Today it can rightly be said that the still existing systems of the former salt works in Kösen are unique in their connection between the energy-generating water wheel directly on the Saale, the power transmission system, which is currently being restored in an extremely interesting wooden construction made of larch wood, the Sol shaft and the actual graduation tower and the working technology. 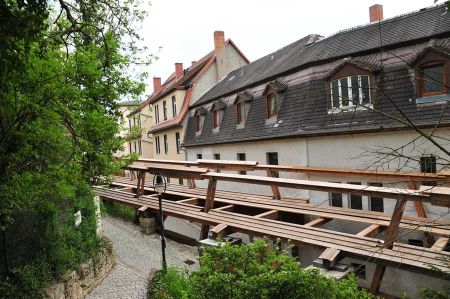 We look forward to the next visit to Bad Kösen, when hopefully the watermill with the power transmission system runs between the water wheel and the graduation tower.