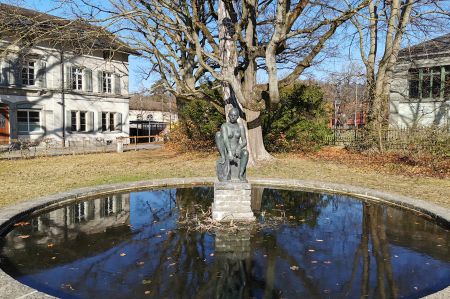 A business appointment had brought us to the Swiss city of Winterthur for the first time, which, over the past 150 years, has undergone a major change from a formerly important industrial city to a metropolis known today as a service, education, culture and leisure center with 16 museums.

Wide promenades around the old town center, lined by trimmed plane trees, already point to the long history as a settlement area and a little later we have arrived at our typical research into the origin and history of the city. We quickly find out that the ancient Romans already appreciated this habitat, but more on that later.

Winterthur - from the industrial city to services and leisure 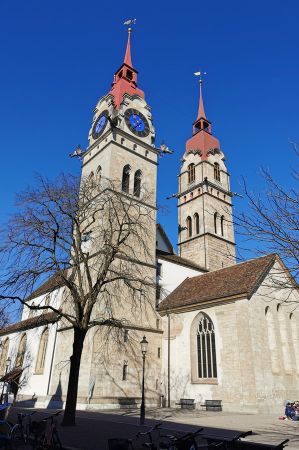 Around the turn of the century, several companies were founded in and around Winterthur, which were to have a significant impact on the city for the next 150 years: in 1778, the laboratory was Switzerland's first chemical factory under Johann Sebastian von Clais, and in 1795 the former Töss monastery was the site of the Trading company and later machine factory JJ Rieter & Cie. was founded and in 1802 the first mechanical spinning mill and factory in Switzerland went into operation in Wülflingen with the Spinnerei Hard. In 1834, Johann Jacob Sulzer opened the iron foundry, which was to form the cornerstone of the later large company Sulzer AG, to name just a few.

During this period of change, the city's militarily outdated fortifications were increasingly perceived as an obstacle to economic development. In 1800 the ramparts were demolished and on May 19, 1835 the community assembly decided to demolish the four north-south gate towers (Steigtor at Neumarkt, Holdertor at Holderplatz, Nagelitor at Graben and the Schmidttor at Schmidgasse) and to fill in the last city moats - of which the last disappeared in 1939. It was now possible to build on a large scale outside the city walls, and the city experienced a significant growth spurt as a result. In 1865, the four gates on the west-east axis on Marktgasse (lower gate, arch at Neumarkt, upper arch at Oberen Graben and the upper gate) were also sacrificed to through traffic. The city master builder at the time, Karl Wilhelm Bareiss, resigned in disappointment in 1871 because of the demolition of this representative late Gothic archway. 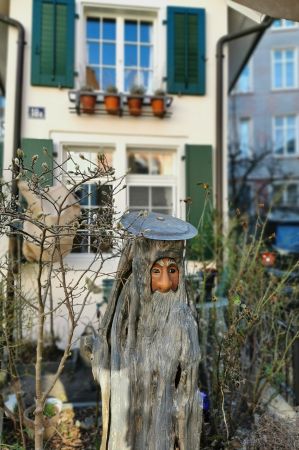 In 1926, the city planner Albert Bodmer created a zoning plan based on the model of the English garden city. As a result, the many new buildings had small private gardens that preserved the green spaces in the city. However, Bodmer stayed in office for less than ten years as the city wanted to follow the new zeitgeist in urban planning. In 1964, the idea of ​​a garden city disappeared entirely with a new "modern" zoning plan.

Since the 1980s, the Winterthur economy has experienced a major upheaval, first the change from the machine to the service industry (insurance and banking), and finally in the 1990s with the sale of Winterthur Insurance to the Credit Suisse Group and subsequent constant restructuring also caused a partial decline of this branch of the economy. 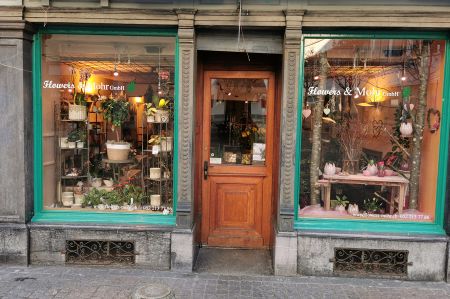 With location marketing, the first in a Swiss city, an attempt was made from 1992 to translate this change into a development and settlement policy for new branches of industry and small and medium-sized enterprises (SMEs).

Since 2007, the city of Winterthur has been able to advertise its "Energy City" title with the addition of the "European Energy Award GOLD". In 2012, the population spoke out in favor of the goal of a 2000-watt society. The way there is mapped out in the "Basics of the Energy Concept 2050", which defines key areas of action for the areas of electricity, heat and mobility.

The green city of Winterthur with an extremely interesting old town 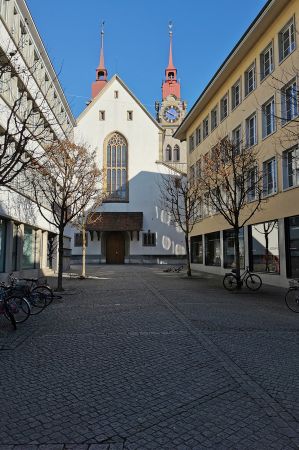 Winterthur is located north of Zurich at the exit of the Tösstal and thus on the edge of the Zurich Oberland, which lies in the south-east, close to Zurich Airport. In the north lies the wine country, which stretches as far as Schaffhausen.

The rivers Eulach, Töss and the Mattenbach flow through the urban area; however, the Eulach and the Mattenbach are channeled over long distances. In the Eschenberg city forest south of the city center there are two clearings, an observatory and the Bruderhaus wildlife park. On the southern edge of the Lindbergwald lies the Goldenberg, a vantage point over the city, on the slope of which wine is cultivated.

The highest point in the city is the Hulmen at 687 meters, the lowest is on the border to Pfungen below the Hard sewage treatment plant at 393 meters. The city has a forest area of ​​2,637 hectares, which corresponds to 38.8 percent of the city area. This means that Winterthur has the highest proportion of forest compared to other Swiss cities. 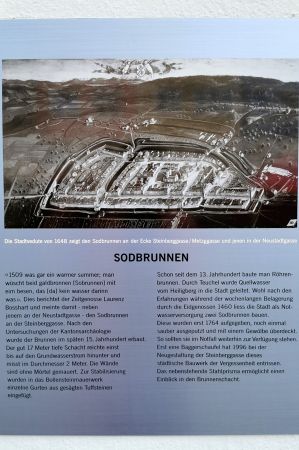 We were particularly impressed by the old town, which can be described as very special due to its colorful range of many small shops with interesting displays and their design. In contrast to many other cities, the chain stores of the corporations, which are otherwise so characteristic, with their facades and displays that are always similar, were missing here. A stroll through the city is fun and you can enjoy the time in varied surroundings. Of course, at some point you also feel hungry, which needs to be satisfied, and so we came across a restaurant that offered vegan and vegetarian plated dishes on a buffet basis. The selection was huge and extremely freshly prepared, the selection on the plate was weighed and calculated at the end.

A wonderful experience in Winterthur, which absolutely matched the otherwise quite positive impressions of the city. We will be back.