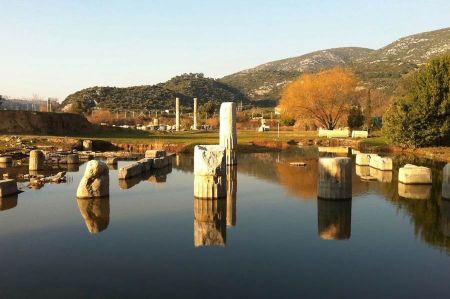 About 16 kilometers west of the city of Selçuk one encounters another oracle place of the god Apollon, the place Klaros (Latin Clarus), which in antiquity belonged to the city of Kolophon, about 13 kilometers away. The ancient, but little-known, city of Notion was also in the immediate vicinity.

The exploration of the region revealed early on that Klaros was settled by Greek settlers as early as 700 BC. As was often the case in antiquity, the oracle was much older, because a cave that was also found indicates the worship of the Asian goddess Cybele, who was worshiped in the cave.

According to ancient mythology, the seer (clairvoyant) Kalchas was predicted that he would die if he met another clairvoyant who was superior to him. Kalchas met the seer Mopsos at Klaros, with whom he wanted to carry out a competition: whoever could determine the number of fruits on a fig tree most precisely should be the winner in the competition between the two seers. Mopsos named his number and lo and behold, it corresponded exactly to the number of fruits actually present on the tree. With the confirmation of his victory Kalchas died and Mopsos founded the place Klaros.

Whether this was also the basis of the oracle is still a matter of dispute. But it shows the basis of this mystical place, to which Alexander the Great also had a close relationship. In his dream he had seen the foundation of a city on the mountain Pagos, whereupon Alexander went to Klaros to consult the oracle at the Apollon temple. The hints of the oracle, only recognizable to Alexander, led him to rebuild the city of Smyrna, today's Izmir, which had been destroyed by earthquakes.

From then on Klaros enjoyed the synonymous reputation of a divine oracle place like Delphi and Didyma, even under the Romans until the place was destroyed by another earthquake. 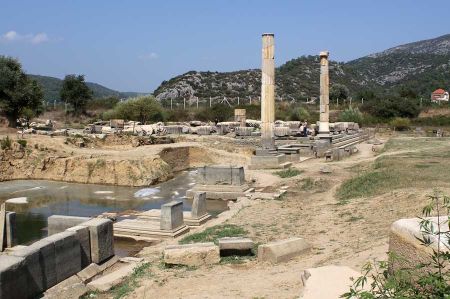 The German archaeologist, prehistorian and museum director Carl Schuchhardt, born on August 6, 1859 in Hanover and died on December 7, 1943 in Arolsen, rediscovered Klaros at the end of the 19th century. After studying classical philosophy and archeology in Leipzig, Göttingen and Heidelberg, Schuchhardt initially took part in excavations at the Kranenburg in Steinhuder Meer. At the suggestion of Theodor Mommsen, Schuchhardt received a travel grant from the German Archaeological Institute and participated in excavations in Greece and Asia Minor between 1885 and 1886, including excavations in Pergamon. A slogan that he addressed to Kaiser Wilhelm II in 1904 during the excavations in the Roman camp in Haltern made him famous: “Your Majesty, nothing is more permanent than a decent hole”. The phenomenon of post holes can be traced back to Schuchhardt, which are mostly still recognizable as the only remnants of former wooden structures in the ground. 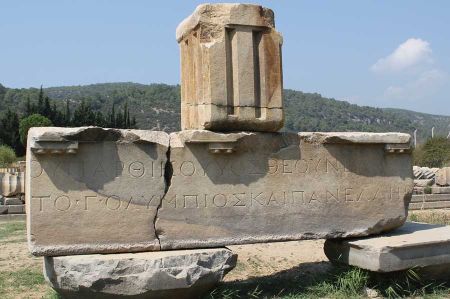 At the beginning of the 20th century, the excavations by Theodor Makridi and Charles Picard were intensified. Theodor Makridi, who was born in Constantinople in 1872 and died there in 1940, was a commissioner in the administration of the Ottoman Collection of Antiquities and one of the curators of the Archaeological Museum in Istanbul. In this constellation he also took part in the excavations of Hattusa, Ephesus, Baalbek and Sidon. The excavations, which were most recently under the direction of Ms. Juliette de la Gerniere, are still on today.

The oracle site Klaros is of particular importance for visitors because a large number of Hellenistic statues have been re-erected in their original locations. This creates a very vivid picture of the ancient sanctuaries, which convey a true-to-original image with the oracle temple in the center.