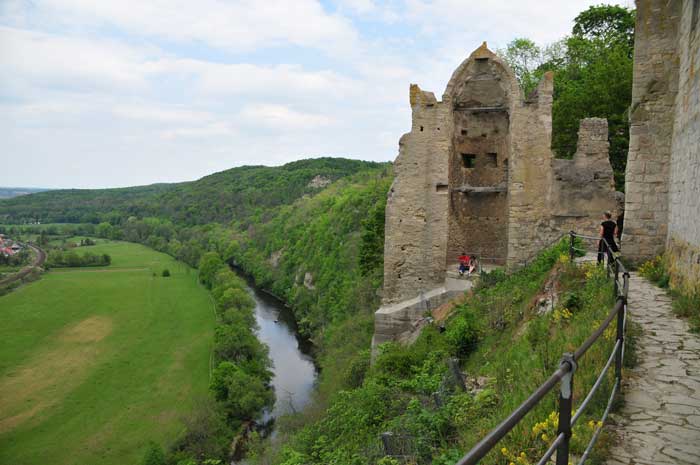 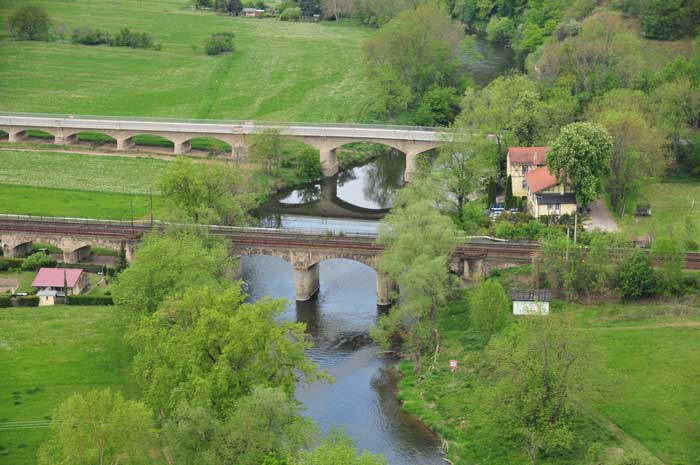 A few times during the hike our gaze wandered down to the Saale river and so we had seen the numerous paddlers and canoeists on the river, certainly a leisure option for the future, as we have a canoe. 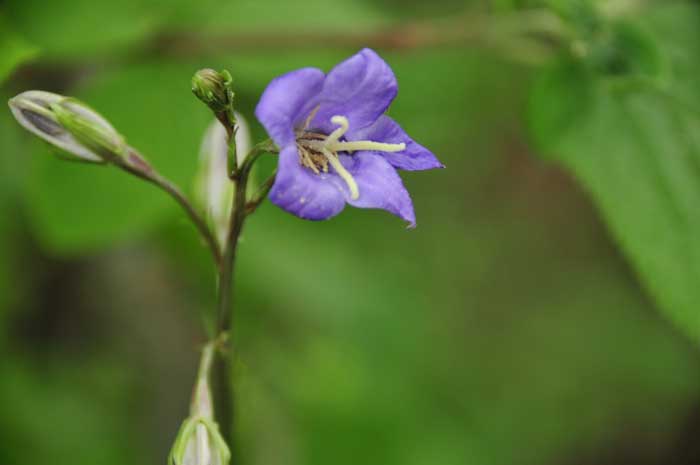 After our picnic at the Saaleck castle ruins, we started the descent down to the river bank, where we surprisingly came across a large recreational area, and there was even an impressive sausage stall with tables and chairs right on the bank of the river. 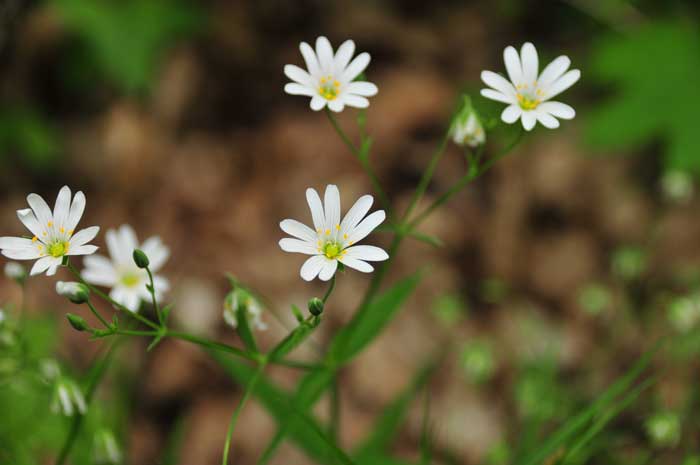 A quick look at the offer didn't make us hesitate for long and Thuringian roast sausages and Radler (German beer with lemon) were ordered. The excellent taste in connection with the price let an open question with a quick answer circulate - of course, production according to our own recipe, the waiter was answering simply delicious! 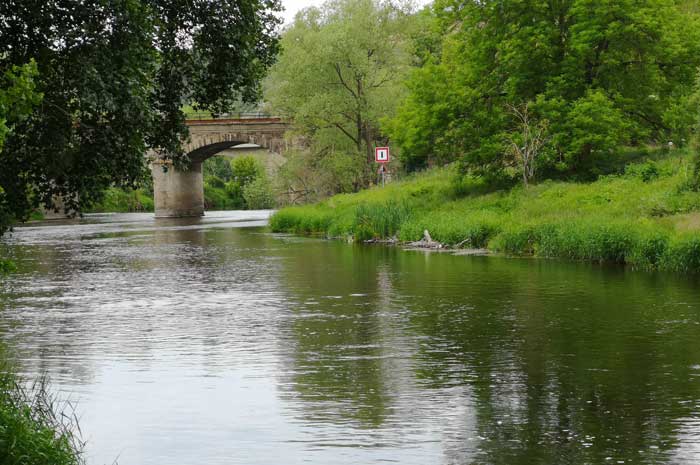 And since word of course gets around quality at a reasonable price, we were not surprised to find numerous day trippers here. Children played on the green areas, where there was some climbing and play-ground equipment while the older ones made themselves comfortable on the park benches. 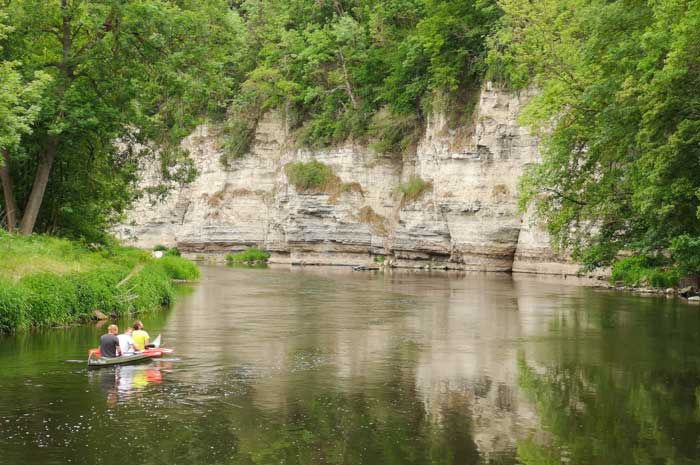 Incidentally, the Saale rises in the Fichtel Mountains between Zell and Weißenstadt on the northwest slope of the Großer Waldstein, with the official Saale spring at 707 m above sea level. A syenite plate with the inscription: "Source of the Saale, taken by the cities of Münchberg, Schwarzenbach, Hof, Weißenfels, Halle 1869" is attached to the former mouth hole of a mine tunnel, which is covered with raw granite blocks. 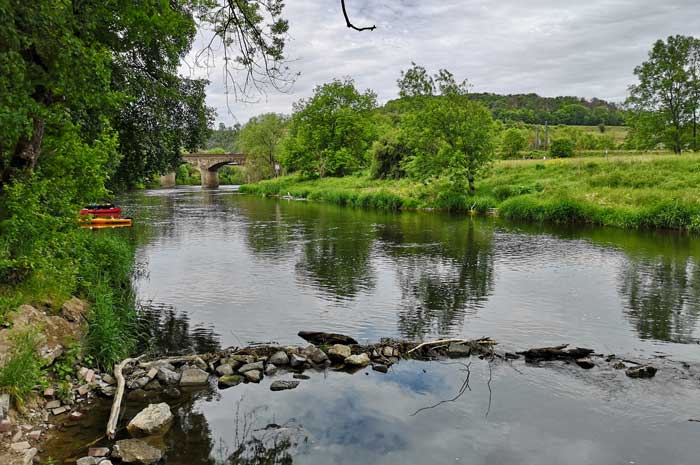 The initiative to convert the mouth hole into an official source of the Saale came from the city of Münchberg and the cities mentioned in the inscription contributed to the costs. The entire area is now a protected natural monument. The source of the Saale is also the starting point for the 427-kilometer Saale cycle path. 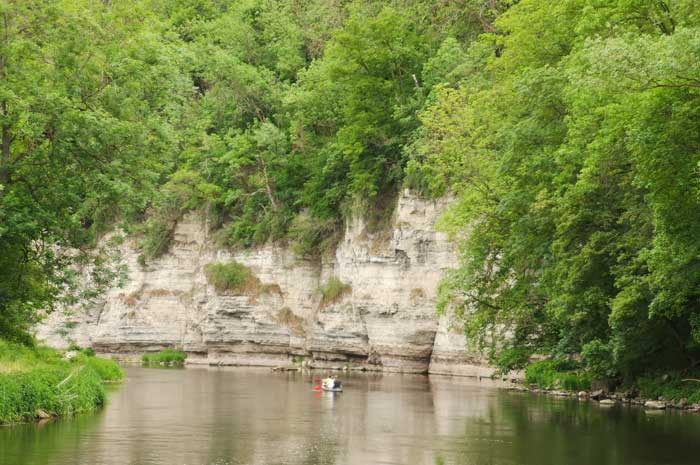 We enjoyed our sausages on the bank, where more and more people were gathering. Should there be an organized return trip from here? Far from it, because there actually is an excursion steamer that commutes between Bad Kösen and Saaleck Castle. 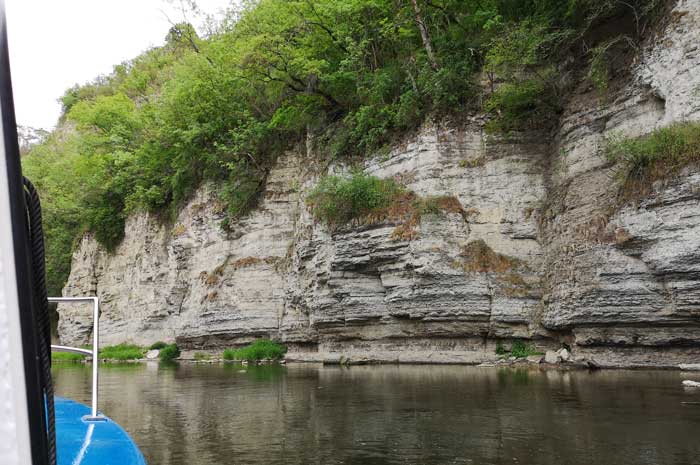 The way back was not quite clear to us anyway, because there was no hiking trail directly on the banks of the Saale. Back up to Saaleck Castle, hmmm not really a hit either. So, on the spur of the moment, we got tickets for the tour on the river. 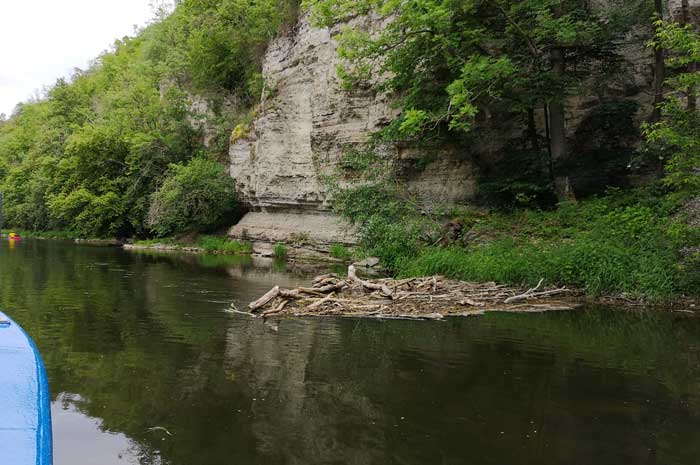 And in fact the queue was quite large, of course it was mandatory to wear a mask. In the narrow space we were glad that we were allowed to sit on the stairs at the exit. The fresh airstream could be felt and ...... of course the view without glazing. 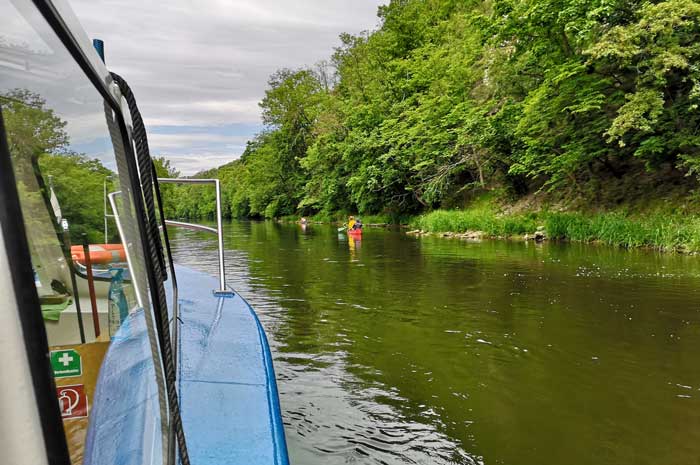 An interesting day trip was slowly coming to an end.