Samsun is the largest city of the Black Sea region of Turkey, it is a city with an industry and commerce centre at the same time it possesses a saddening story. For hundreds of years this city has gone through

so much damage that when it is seen today it’s site is very plain and functional.

Samsun is a Bozkır city that is benefiting from the country’s productivity. For people that are travelling when seeing it from a prospect the city traffic and the interesting circulating platform because when looking at the rest of Turkey is possesses one of the most beautiful coast lines. Archaeologists have come across settlements here from the 5th century. The city’s real story actually begins in the 8th century. The colonists formed a settlement named Amisos 3 km northwest of today’s city centre. During the monarch Samsun became famous for being a spectacular Harbour and Trade City. Afterwards, the city was destroyed and reconstructed many times due to the wars and fires. On May 19, 1919 the city opened its Harbour to service and aroused Turkish people against armed rebellion. 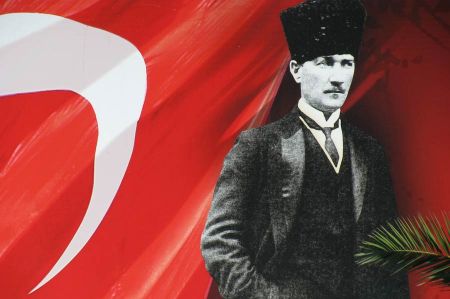 Ever since the beginning and up until today the Local Independence War is celebrated in the country as a “Youth Day.” Thus as the Father of the Turks (Ataturk) the country’s largest monument was built. The unnoticeable, full sized equestrian statue stands in the city park on Cumhuriyet Street (Caddesi).

Another monumental figure was opened with a ceremony in November 2005. With the deepest pipe line below the sea (2000 metres under the sea) until today, Turkey receives its natural gas from Russia.