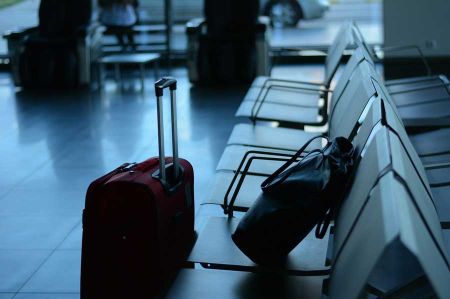 Esenboğa International Airport (IATA: ESB, ICAO: LTAC) Turkish: Ankara Esenboğa Havalimanı, is an airport in Ankara, the capital city of Turkey. It has been operating since 1955. The name of the airport comes from the village of Esenboğa, which literally means "healthy bull".

The airport is located northeast of Ankara, 28 km from the center. Transportation to the city center is by taxi and through the Havaş bus line. The road between Esenboğa airport and the Ankara ring road was expanded during the summer of 2006, decreasing the driving time between the city center and the airport by several minutes.

A combined domestic and international terminal has recently opened, on October 2006, following two years of construction works.
The New Domestic and International Terminals have the properties as set below:

We thankfully have taken some parts from wikipedia where you can find more details about all domestic and international airlines using the airport as well.

Reconstruction and expansion of Ankara airport

The airport was significantly expanded and renovated in the first decade of the 21st century. In 2018, 16,732,651 million passengers were handled at Ankara-Esenboğa Airport, of which just under 87%, or 14,483,453, was accounted for by the comparatively strong domestic traffic in Ankara. There was a significant decline in domestic passenger numbers in 2019, which is why the total annual passenger volume decreased by almost 20% compared to the previous year (13,692,954).

We have 261 guests and no members online