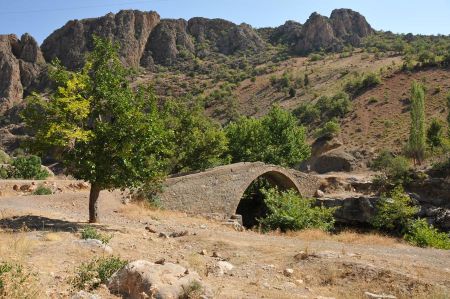 Once again, the cloudless sky on the Turkish Riviera near Alanya promises good weather conditions for a trip across the Taurus Mountains towards Konya. Since winter is over in the high mountains too, we decide again to take the Mahmutlar route in the direction of Taskent.

The view from Alacami back into the Dim Cayi valley is too impressive and the road along the overhangs of the rocks also offers a little adventure. At Seyhler we cross the Gevne Cayi river, which is still flooding, which has its source on one of the highest mountains in this region, the Geyik Dagi (3002 metres) and flows into the Gezende reservoir just behind Ermenek. From here the water flows through the Ermenek Cayi directly into the Göksu Nehri, which forms a huge delta near Silifke with an impressive bird population.

Waterfall on the road to Taskent 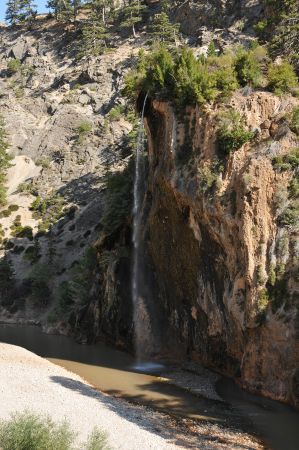 Shortly before we hit the road 340, we come across a waterfall on the right-hand side, which we hadn't noticed on our last tour. Probably just active after the snow has melted, the water probably falls down around 50 meters here. A little later we get to Hadim via Taskent and further towards Bozkir. In Bozkir we take the turnoff towards Karaman until just before the village of Aydinkisla, where you can already see some ruins on the mountain slope on the right (from Mahmutlar about 160 kilometers through scenic passages in the high mountains).

From the ancient history of the modern region of Bozkir in southern Asia Minor, we know that the Isaurian ethnic groups, who probably originally emerged from the Luwians, were dominant here and that the twin settlements "Isaura Palaea" (from the Latin Isaura Vetus for "Old Isaura ') and Isaura Nea (Isaura Nova for 'New Isaura') at the foot of the Taurus. Known as the wild mountain people, the Isaurians were independent fighters feared by the Macedonian and later Roman occupiers, some say bandits, who were often responsible for raids and chaos in the cities. The actual nucleus of the Isaurians was north of the Taurus, which rises sharply here, directly south of the well-known ancient cities of Iconium and Lystra, which were important trading centers further towards Konya. When danger threatened, the Isaurians withdrew further into the Taurus to the watershed, which is also known as Zengibar Kalesi. 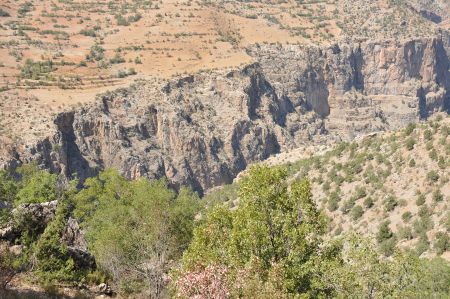 Despite strong fortifications being built around the city of Isaura Palaea during the 4th century BC, Alexander the Great's successor, the Macedonians Perdiccas, besieged the city until the Isaurians themselves set the city on fire instead of  hand it over to the besiegers and perhaps save themselves.

With the advance of the Romans in the early first century BC, they considered the entire area of ​​the Isaurian and Cilician Trachea regions as a single entity and the Calycadnus basin with its cities was referred to as the "Isaurian Decapolis". In the years 76-75 BC the Romans were able to establish at least some control over the Isaurians, who continued to support the pirates on the coast in their fight against Rome. Under the proconsul P. Servilius, Roman troops followed the Isaurians to their fortified cities, forcing them to submit to the Romans. This strict approach earned the proconsul the nickname Isauricus.

Now peace returned, at least temporarily, and the people of the Isaurians were put under the authority of King Amyntas, King of Galatia. Just a few years later, however, the Isaurians resumed their predatory habits, not least because of their desire for complete independence. They even provided shelter and protection to the rebellious conqueror Trebellianus, who was being hunted by the Romans.

Only under Diocletian in the 4th century AD were longer phases of peaceful coexistence achieved through territorial reforms and new assignments in the affiliation. Now Isaurians were often needed as soldiers, and a personal protection force was even set up for the conqueror, which was called Excubitores and consisted of Isaurians. The people of Constantinople still regarded the Isaurians as a barbaric people, and so there were renewed conflicts, during which a long-lasting war (492 - 497) against Isaurian rebels broke out.

Isaurians as a barbaric people 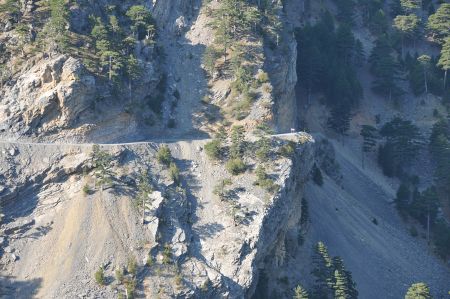 While the ancient city of Isaura Nea has almost completely disappeared (there are only scattered segments and inscriptions on stones that have been found rebuilt in the houses of the modern village of Dorla), the ruined fields and fortifications of Isaura Palaea are visible from afar. Here there are numerous ruins of the city and its fortifications, which are at least partly due to excavations by W.M. Ramsey discovered in 1901.

During his work, Ramsey found more than 50 Greek inscriptions, a large number of Christian manifestos and some outstanding burial sites. 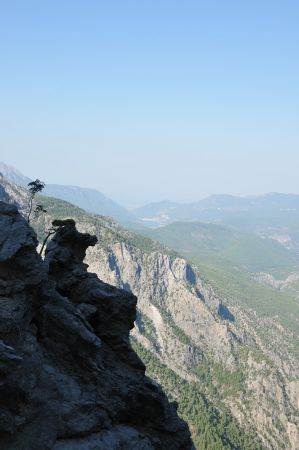 Many of these monuments date back to the third and fourth centuries AD, including epitaphs from at least three bishops, Theophilus, Sisamoas and Mamas, who lived here between 250 and 400 AD. Three other bishops are known by name from records: Hilarius, Callistratus and Aetius. Bishoprics are always an important feature of a city's importance.

According to our map, in order to reach our next destination, we "only" have to climb a ridge that leads us ever further up into the mountains. The path gets narrower and narrower, even the fortifications are missing when we suddenly land in a small mountain village. A wonderful view of the valley we have just crossed and meeting a friendly couple with their children makes us stop the journey. We ask for directions, which are confirmed to us and are immediately invited to the family home for a late breakfast. It is always wonderful to experience the hospitality. Later we drive via Avdan towards Akören and further to Catören and Hatunsaray (about 57 km) behind Bozkir. From here it is only a few hundred meters to the ruined fields of Lystra. 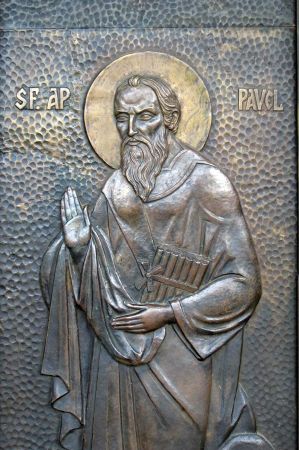 Lystra was expanded and fortified by the Romans under Augustus around 6 BC into their own colony in order to be able to exercise better control over the wild mountain people, especially the Isaurians. A little later Lystra was included in the Roman province of Galatia and a first paved road was built up to Iconium in the north.

During his first missionary journey in AD 48, the apostle Paul fled from Iconium to Lystra with Barnabas to further spread Christianity. Paul was said to be able to heal a man who was lame from birth, whereupon the common people saw him as the deity "Hermes" together with his helper Banabeus as Zeus. So they wanted to bring them offerings. Paul and Barnabas disagreed vigorously, then stripped off their clothing to show they were human. Now those present were really upset and began to stone Paul. But the apostle miraculously survived the stoning and escaped with Barnabas. In 51 Paul returned to Lystra as part of his second missionary journey and called Timotheos to do the same.

Around the year 370 Lystra was added to the region of Lycaonia and just 10 years later it became a bishopric. It is proven today that the Bishop of Lystra was also present at the Council of Chalcedon. Even today, Lystra is a titular diocese in the Roman Catholic Church.

Today the ruins of Lystra are dying. There are no real investigations or even targeted excavations. Here in Lystra we find ancient ruins of a large church, in which a large cross still refers to the religious past, ruins of houses, a wine factory and other churches. Some of the ancient finds from Lystra can be seen in a small museum in the village of Hatunsaray, where we also end our excursion. It goes directly via Beysehir, this time on the main road back in the direction of Antalya.