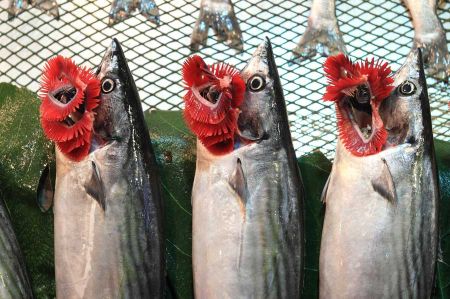 At the foot of the new Galata Bridge, numerous fisherman stand in a line along the shore - sometimes with a small piece of iron wire instead of a fishing rod.

Together with the fishermen there were lot of people on boats, they dominate the scene to prepare fried fish sandwiches. Nearly everything around the bridge is sold with lots of words and violent gestures: from substances that are supposed to turn brass into silver, to small wheels that can be used to cut out glass. The hawkers, the little boys who barely look over the pile of rolls they loudly offer, the shoemakers and water carriers make the quarter appear very lively and colourful.

Egyptian or Spice Bazaar in Istanbul 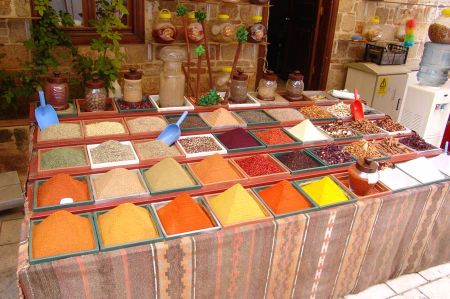 On the way to the spice bazaar (Egyptian bazaar) is the Beyazit mosque, constantly fluttering around pigeons, who live here in good harmony with the seed dealers. Behind it, at the flower market, animals of all kinds are offered in cages amid roses and petunias: small dogs, rabbits and birds. There are always scents over the bazaar that rise from the large bags of differently colored spices.

A real delight for the human sense of smell awaits guests and buyers in the ancient spice bazaar (Mısır Çarşısı) in Istanbul's Eminönü district, the so-called Egyptian Bazaar, which was established in the 17th century. Once set up to finance the social facilities of the nearby Yeni Camii by the help of customs duties for imports from Egypt, the Egyptian Bazaar has long since become a magnet for visitors.

Once an important trade route - the Via Egnatia 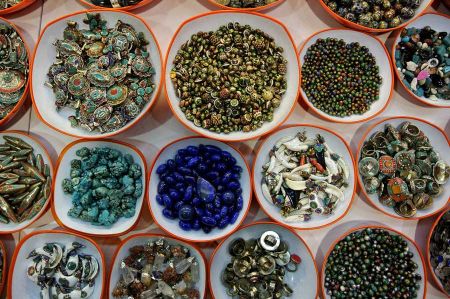 Spices from many different countries have always played an important role in the trading locations between Asia and Europe, with the metropolis Istanbul always being a main trading place. Already in the times of the "ancient Romans" there was a lot of trade between Constantinople and Rome via the Via Egnatia.

In the old vaults of the bazaar, usually bright in many colours and artfully piled up by the traders, you can find sweets, herbs and spices such as saffron, cumin, sage, peppermint, sesame, clove buds, thyme and various types of pepper. A true color paradise and also typical for bazaars in other cities. 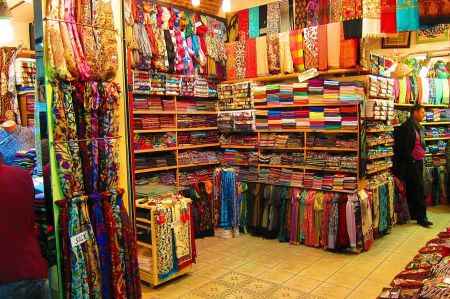 Tourists and locals crowd through the aisles and narrow stalls of the Egyptian bazaar, which still corresponds to the cliché of an oriental market.

Outside the covered corridors, food such as fish, meat and cheese as well as household goods are offered.

We have 644 guests and no members online