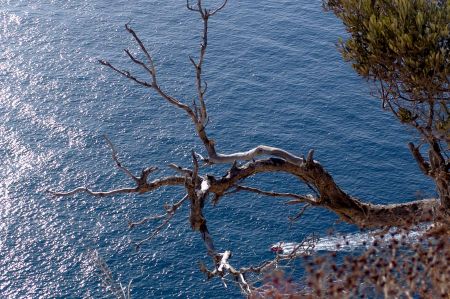 Luwis, a branch of Hittites who are considered the ancestors of Lycians lived in an area called Kizzuvatna and Arzava a in the Hittite language that covers what we today call Cukurova and Antalya where Gazipasa is also located. It is most probable that the first human settlers of the area were Luwis that is to say with Hittites. Some lion figures found in the ruins around Karatepe (Sivasli) seem to confirm this hypothesis.

But the first important milestone in the history of Gazipasa is the year 628 B.C. when we come across the city of Selinus. There have been two cities throughout the history called by the same name, Selinus. One of them was in Sicily, a city founded by the Greeks from Megara-Hyblaia and the other one in southern Anatolia. The city of Selinus in Anatolia was an important port founded in the Cilicia region on the banks of the river Kestros which we today call Hacimusa. This city is Gazipasa of our times. It was an important port trading with Cyprus, Egypt and other important commercial centers of the Mediterranean.

The city came under the control of the Romans in 197 B.C. during the reign of Antiochos. In the 1st Century A.D. the Roman emperor Trajanus (98-117 AD.) got ill on his eastern expedition and died here in Selinus. The body of Trajanus was taken back to Rome by his successor Emperor Hadrianus and buried in a monumental tomb. That is why the city was named Trajanapolis for a certain period in its history.

Located on the western borders of Cilicia, Gazipasa’s fate has always been closely dependent on the events affecting Alanya, the most important settlement in the region. The city also witnessed a period when the pirates ruled the region. (There is further information about this period in other pages). In the year 65 B.C. Roman commander Pompeius cleaned up the region from the pirates and Selinus then became a small Roman settlement.

The Roman period that began in the 1st Century B.C. continued in the region until the 6th Century A.D. Selinus became a diocese during the period of Christianity under the archbishop of Seleukia, now called Silifke.

Beginning with the 6th Century A.D. Southern Mediterranean became a territory of the Byzantium or East Roman Empire.

By the 13th Century AD., the Seljuks became a powerful state in Anatolia, spreading over territories formerly controlled by Byzantium. The Seljuk ruler Alaiddin Keykubat (1220-1237) annexed the region of Alanya and Gazipaşa to his empire in 1221. During this period Selinus is named “Selinti” by the Seljuk Turks. Perhaps this name was inspired by the Turkish word “sel” which means torrent and the frequent floods in the region caused by five rivers that come down from the Taurus Mountains and flow into the sea.

After the Seljuks, Anatolia was divided into various autonomous principalities. During this period Antalya and surroundings came tinder the rule of Teke Principality while Gazipaşa (Selinti) and the region east of it belonged to the Karamanogullari.

When Ottomans appeared on the stage of history, Gedik Ahmet Paşa, the admiral of Sultan Mehmet the Conqueror’s navy captured Alanya in 1470 and Selinti, Anamur and Silifke and the surrounding region from the Karamanogullari in 1472 and the whole area came under the Ottoman rule.

War of Independence and the Republican Period The people of Selinti (Gazipaşa) took sides with Mustafa Kemal Ataturk and forces of national liberation. They fought the insurgents against nationalist forces on the Toros Mountains. After Turkey was proclaimed a republic, the town was given the name Gazipasa, one of the bynames of Ataturk, as a sign of the valiant struggle the townsmen gave during the War of Independence.