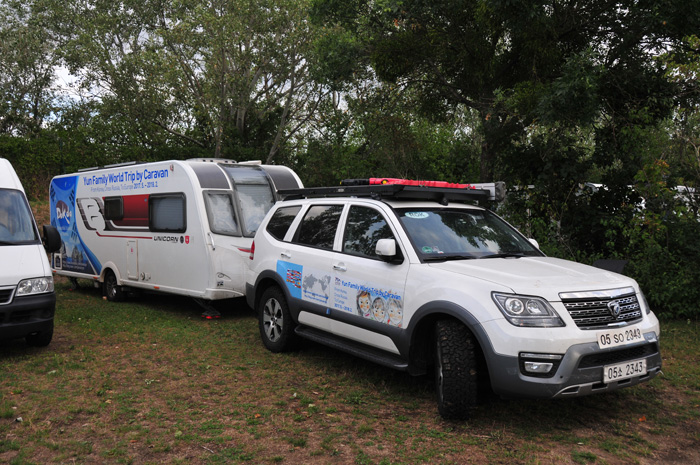 Our encounters on the road are never safe from surprises, according to we have reported on these encounters often already. Of course, there are also countless long-distance travelers among the European campers, who have long left the borders of Europe and do some adventurous tours. 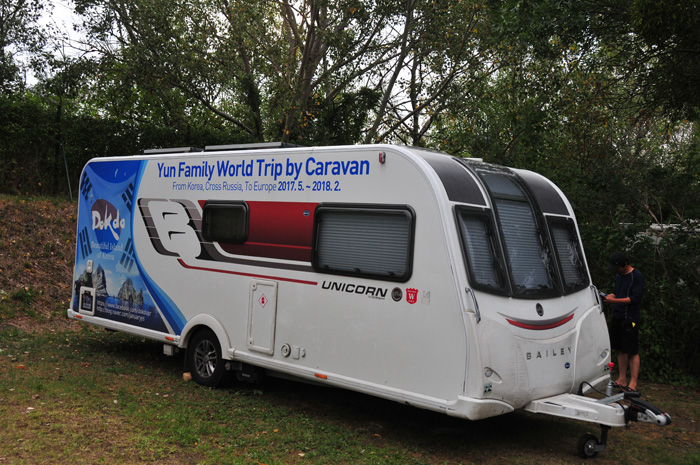 That there are campers doing vice versa, we have now experienced at the campsite Neue Donau, when a vehicle with caravan and so far unknown number plates arrived. The stickers on the vehicle then allowed initial conclusions. 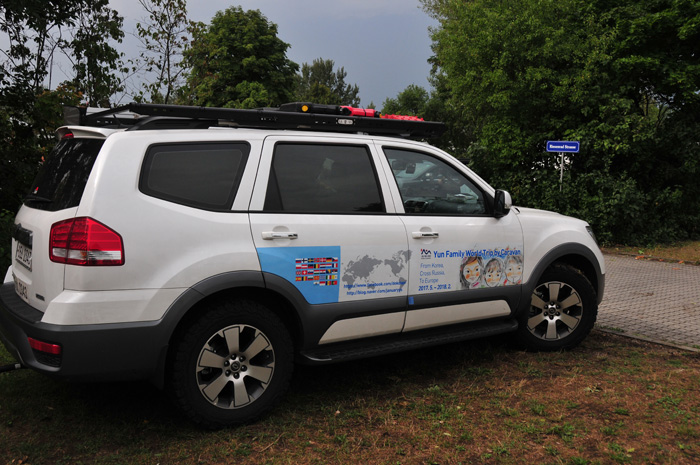 The family Yun on a world tour in the caravan from Korea via Russia to Europe, so it was written there. We were interested, especially because of the recent controversies with the North Koreans. 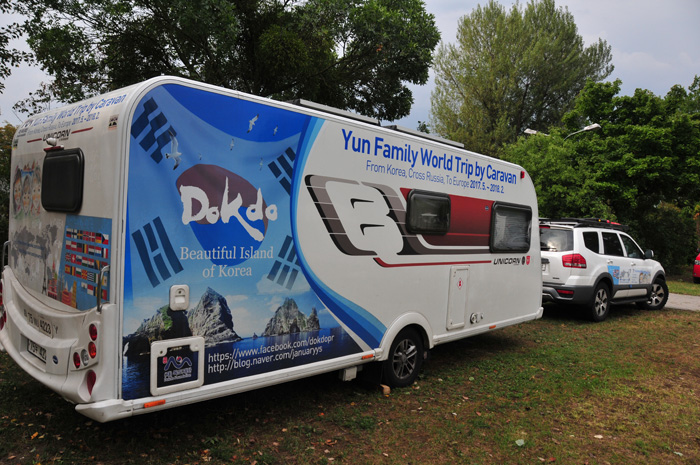 And it quickly became apparent that the Yun family also had an interest in contacts, so we were quickly able to talk, discuss their route, share some of their travel experiences and experiences. 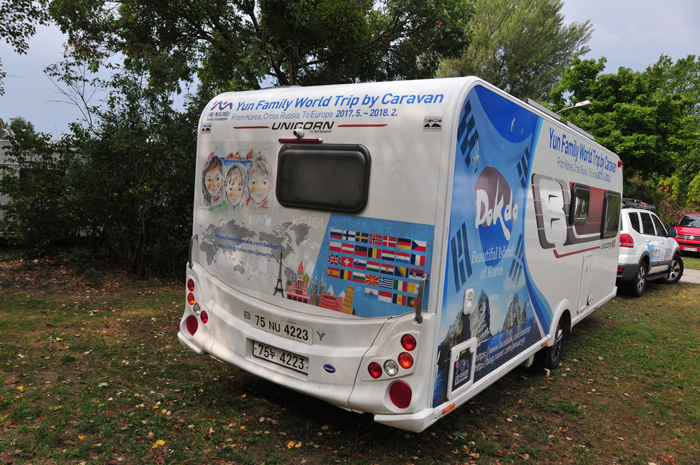 From Korea, they had first gone to Japan by ferry, since a trip through North Korea was not possible, then again by ferry to Russia, where they went west along the border with Mongolia and Kazakhstan. 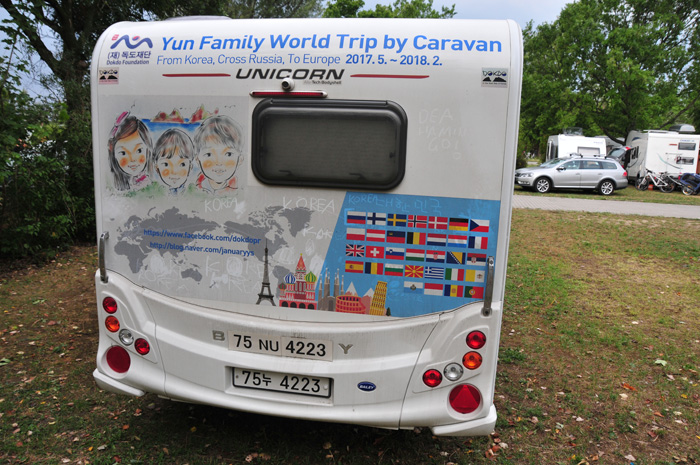 Through the Ukraine and Slovakia the family had then come to Vienna, where a few days of stay are provided to explore the city. From here, they will then go to Germany, encounters on the way are not excluded.

Other target countries are France, Spain and Portugal. We wish a lot of fun on the way and an always safe journey.

The chair lift near Zugligeti - at the entry of the campsite