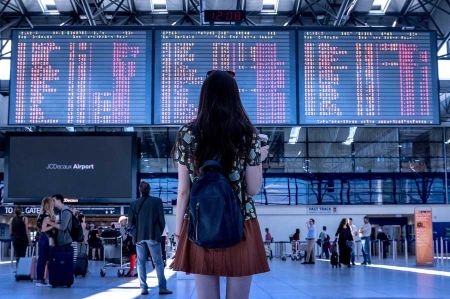 Adana Airport (Turkish Adana Şakirpaşa Havalimanı) is one of the largest Turkish airports and is located near Adana.

The airport was opened in 1937. He became after the Ottoman Vali Şakirpaşa, which through numerous projects made the region an economic center and increased the quality of life for the residents. The airport was used both militarily and civilly from the beginning, but three quarters of the flight movements made up military aircraft. This hardly changed until 1956. From then on the airport was also approved for international flights.

In 1957 there was a 90% growth in passenger numbers. The numbers flattened out more and more until 1992. Therefore, the DHMI, the operator of the airport, decided to reorient the airport. Advertising campaigns were launched, the infrastructure improved and new buildings built. In 1997, the new terminal for international flights was opened. In 1998 over a million passengers flew over / from Adana for the first time and since then the number of passengers has increased more or less constantly. In 2019, there was a decrease in annual passenger numbers for the first time since 2008, with a total decrease of 10% compared to the previous year.

With the commissioning of Çukurova Airport, Adana Airport will be shut down and demolished. This is also the reason why little has been renewed for about 20 years.
The Adana Airport is among other things from Frankfurt, Munich, Berlin, Düsseldorf, Hamburg, Hanover, Münster / Osnabrück, Amsterdam, Stuttgart and from Vienna.

Other destinations are the Turkish Republic of Northern Cyprus, Saudi Arabia.

Adana Airport was opened to service as a civil-military airport in 1937. It started to be used as a civil airport in 1956. It is 3.5 km away from the city center.

We have 622 guests and no members online