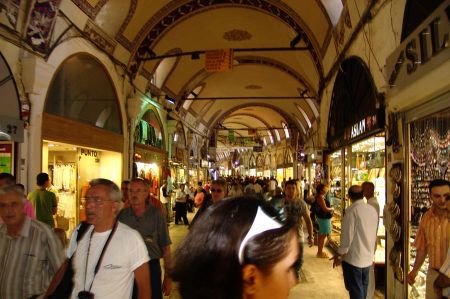 The Grand Bazaar of Istanbul is one of the main tourist attractions of the metropolis Istanbul on the Bosphorus.

And although due to lately terrorist attacks, the number of tourists has decreased noticeably, Istanbul is still considered to be highly interesting destination with an almost unsurpassable variety of historical monuments and memorials like Blue Mosque or Hagia Sophia. One of them, the Grand Bazaar, is so long in the tooth, which urgently needs to be renovated and restored, supporting system and roof structure were built in the 15th century.

After nearly six years of planning the restoration of the famous Grand Bazaar of Istanbulwill start soon. First works are planned for March 2016 as at least first terminations by Mr Nurcan Albayrak from the mayor's office of the district Fatih announced. So first, some pillars of the hall system must be replaced in order then to renovate the roof structure. According to estimates by the Mayor's Office of Fatih, in particular by the Lord Mayor Mustafa Demir, construction costs amounting to an estimated 68 million euros.

The Grand Bazaar of Istanbul is home to more than 3,000 individual businesses shops that annually enticed more than 90 million visitors to shopping, making the bazaar domestic to major attractions and foreign tourists. According to the now present recovery plans, so Mustafa Demir, a part of the bazaar belonging former caravanserai will be converted into a hotel. Caravanserais, called in Turkish with Han, are the intermediate stations on the ancient trade routes that were used to stay and exchange of animals. The conversion to a hotel operation in the Grand Bazaar, had already led to violent protests during the planning stage that were also one aspect of Gezi protests.