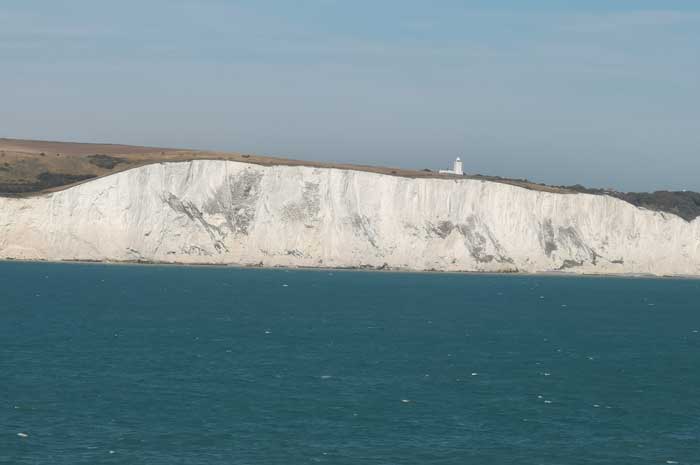 We were traveling to England, the ferry from Calais was booked in advance and the customs and import control by British authorities quickly done. The embarkation was without significant disturbances - well organized. 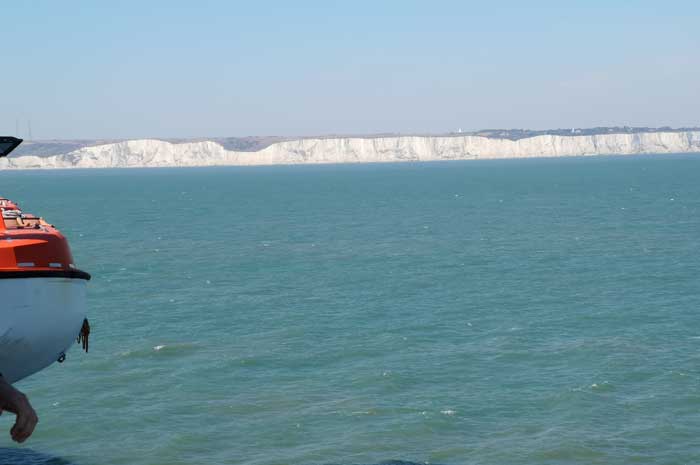 Following an old tradition, the first route after dropping the ferry, led into the on-board restaurant first - fish & ships, probably the best-known fast food in the UK and at the same time attuned to the country. 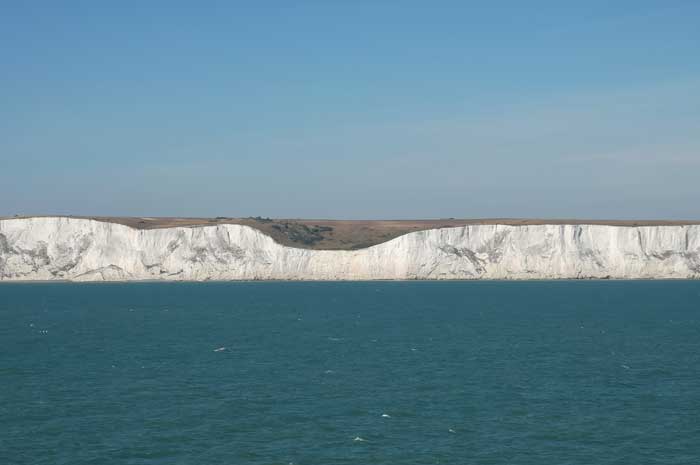 The still warm autumn sun allowed the stay on deck, so we quickly made some contacts and held talks with other passengers. The 90 minutes of the passage from Calais to Dover went by quickly. 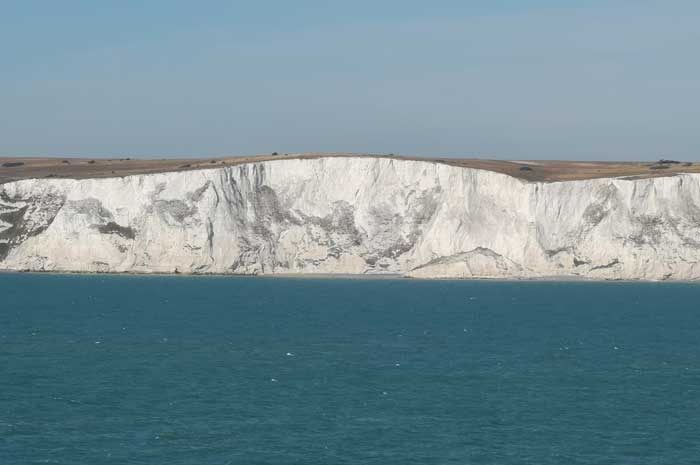 Of course we were on deck when we first saw the famous White Cliffs of Dover during this crossing - the well-known white chalk cliffs. An already incomparable sight. 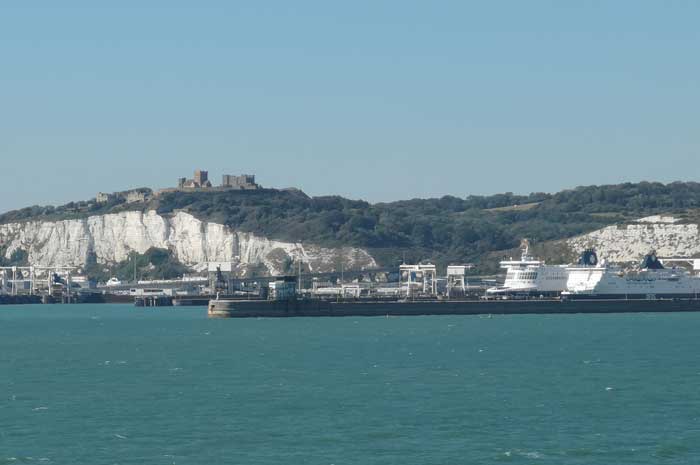 The chalk cliffs are a symbol of Great Britain, as they face Europe on the narrowest part of the English Channel and have always been symbolic protection against impending invasions in the past. 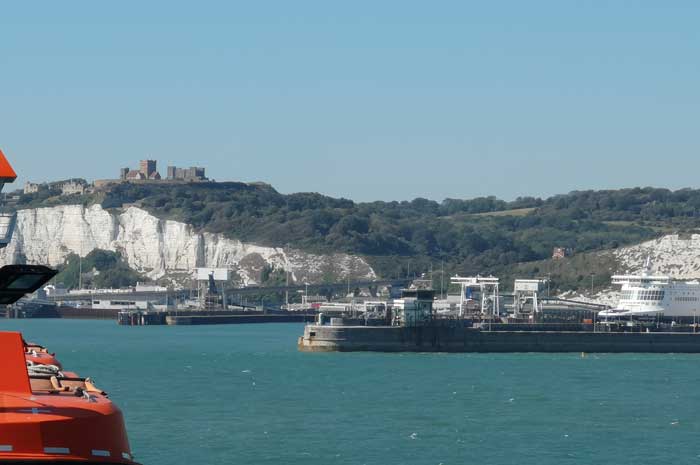 Since crossing the Dover Channel is the most commonly used sea route between the mainland and the British Isles, the white line of cliffs on the horizon also offers many travelers the first or last view of the United Kingdom. 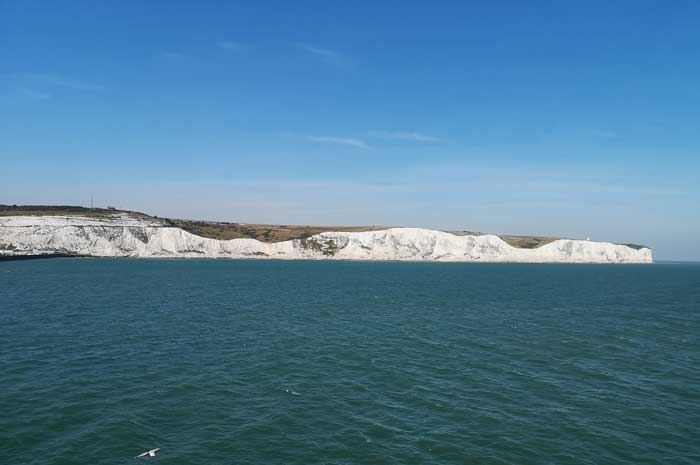 The up to 106 meters high front of the cliffs owes its appearance of their composition of lime, here pure white calcium carbonate, interspersed with black flint. 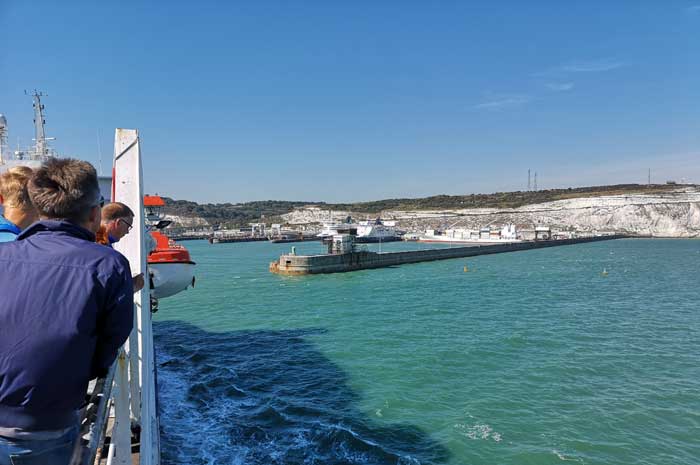 The cliffs run east and west of the town of Dover in the English county of Kent, the old and still important English port. 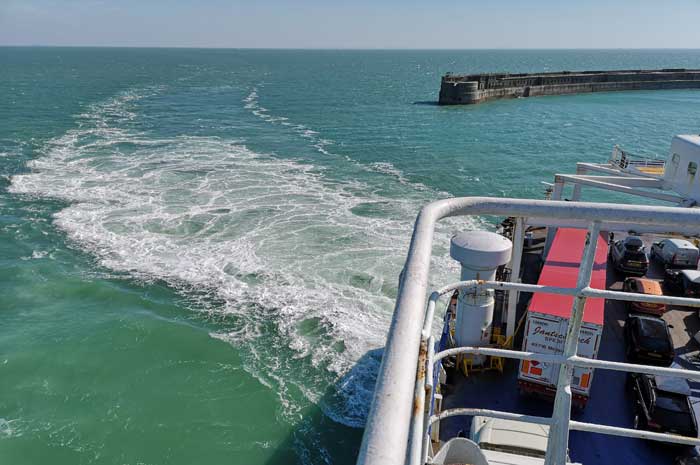 Towering high above the city and visible from afar, is Dover Castle. Can be seen from afar in the pictures. 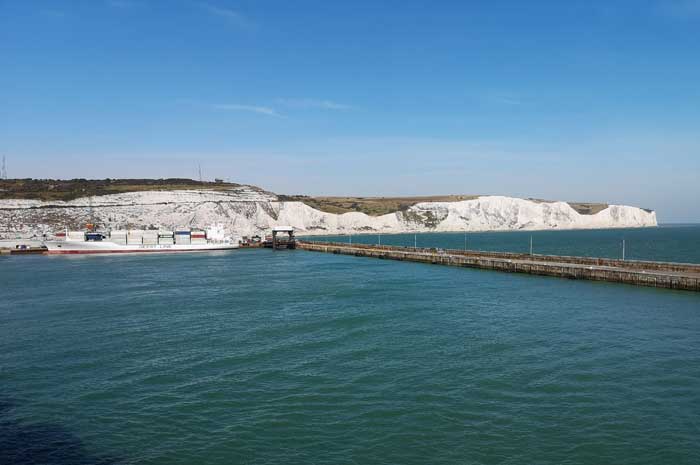 When then the mooring and unloading of the ferry was completed, the short but decisive acclimatization phase needs to follow when "entering" the island: the left-hand traffic. 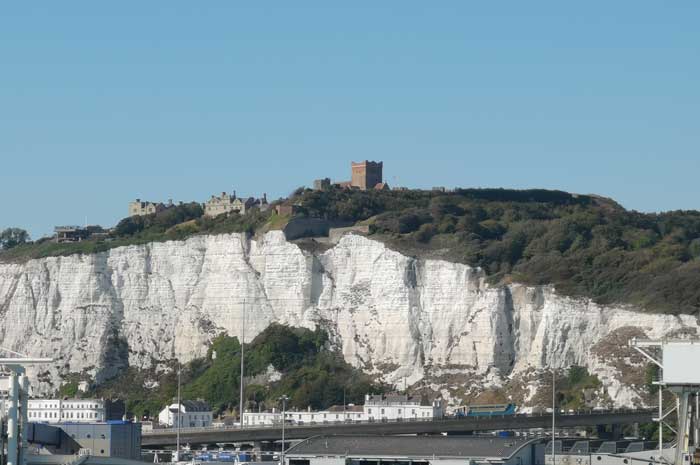 Immediately a memory had roused when we were traveling to London in the 70s and wrongly turned our round in a roundabout. Very patient and attentive drivers had saved the situation at the time.