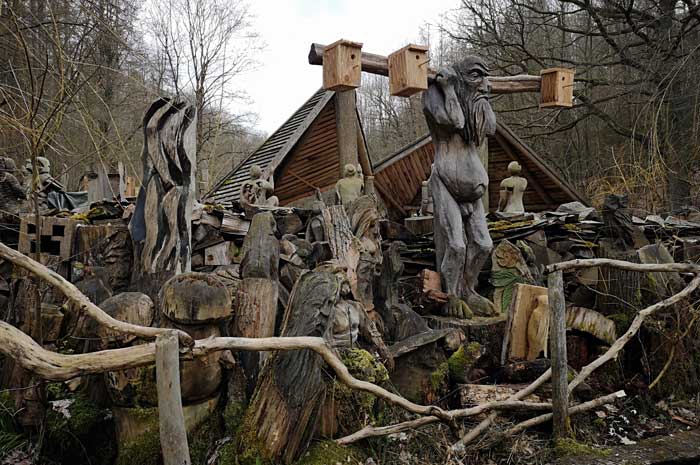 Although windy and cold, the predominantly dry weather still invites us to cycle, even at the end of March when the strong wind is still really cold. 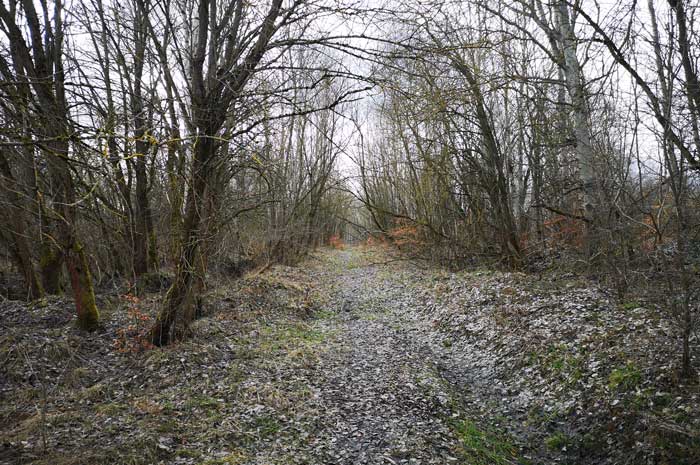 Lossa lies on the “Finne” ridge and extends along the Lossabach stream, the valley of which deepens flat into the plateau at Lossa. Lossa bears the name of the stream that rises directly above the village. The place is 292 meters above sea level. 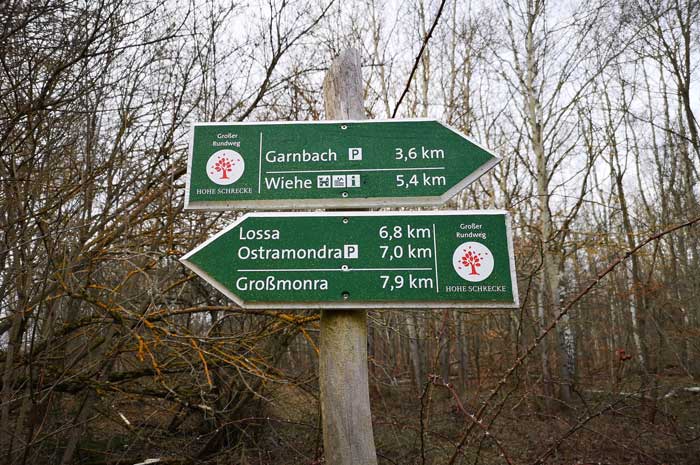 We first drove on Kaiserweg in the direction of Lossa, a completely rutted forest path, which we should better have saved ourselves because the puddles and mud caused by the heavy timber trucks were so deep. Once again it was necessary to use the perfect circuitry of the HNF UD 3 and the HNF XD 3. 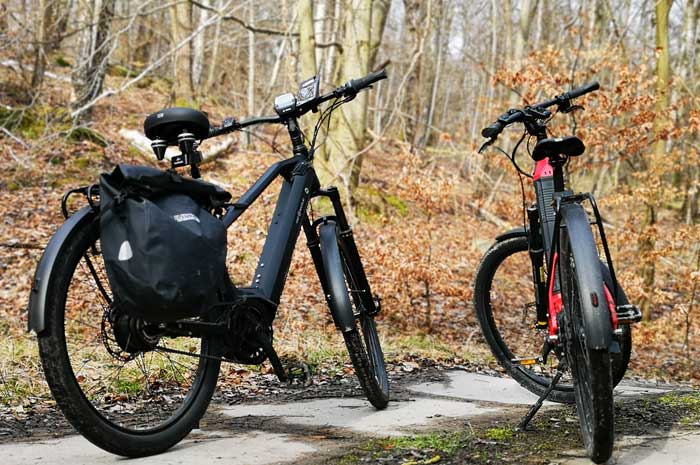 Lossa consists of two parallel street villages shapes and is built according to the ladder system of two parallel main streets on both sides of the stream with five cross connections. In 1525 Lossa was owned by the family von Werthern, a noble family, whose coat of arms still adorns the village church today. The peasants there remained calm during the Peasants' War. 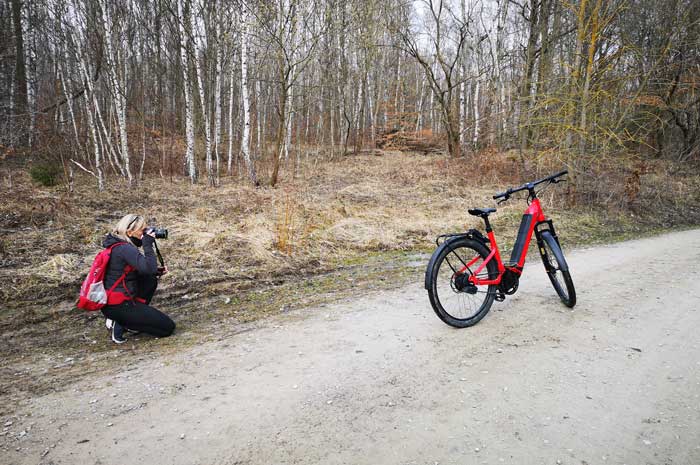 To the east of the village, on Großer Windberg, there was the Lossa air ammunition plant in the 1930s and during the Second World War. The purpose of this facility was the completion and storage of ammunition for the German Air Force. The earth walls of the flak positions are still clearly visible today. 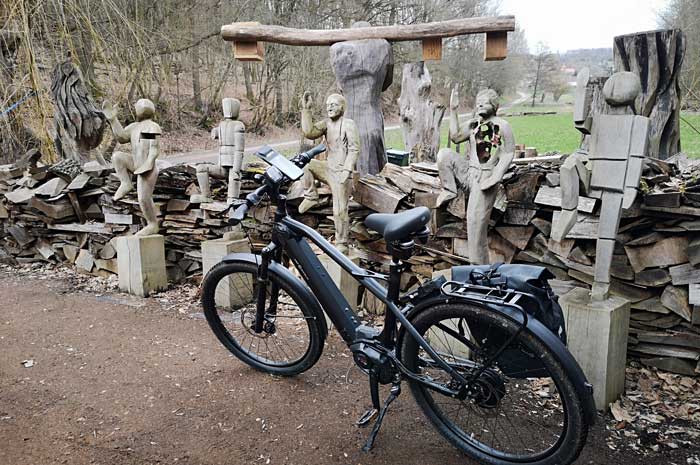 The ammunition was stored in aboveground bunkers with an embankment. After 1945, under the direction of the Red Army, the ammunition, including gas grenades and bombs, was disposed of in neighboring, disused potash pits of the Richard and Reichskrone potash works. The bunkers were blown up. 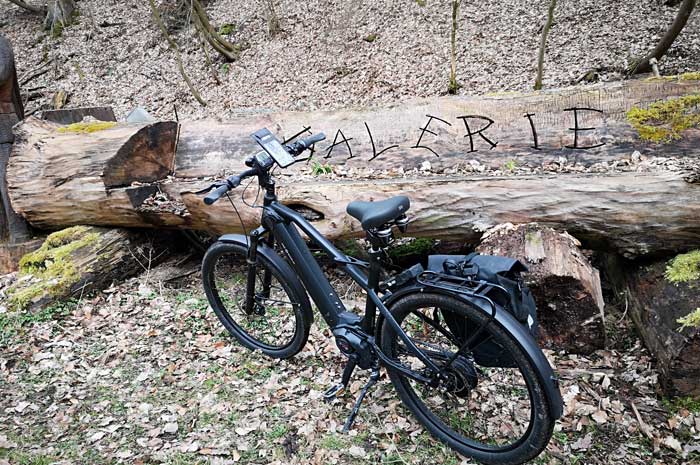 On April 8, 1945, American fighter-bombers attacked the Lossa train station. In the process, some bombs filled with tabun, which were there as part of the relocation of the Luftwaffe ammunition depot during their transport, were damaged. Exact losses are not known. 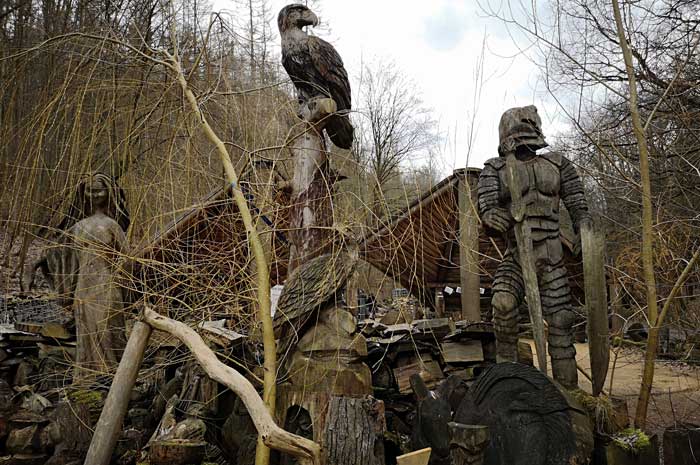 To the northwest of Lossa, the Soviet army built large barracks in the forest on both sides of the L 217 in the direction of Wiehe for the troops who had their training areas and missile launch systems in the restricted military area Hohe Schrecke. In 1991/92 the Russians withdrew and the barracks were demolished. 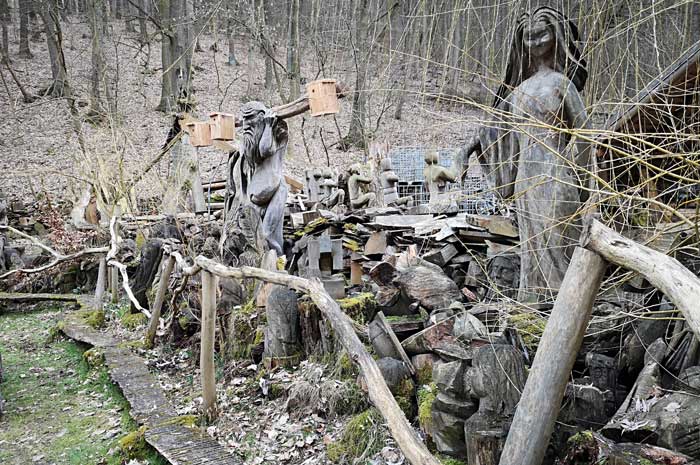 Immediately after Lossa we turned left into a forest path, which in turn branches off after about 5 kilometers to the right into the small village of Garnbach. At first it was a bit bumpy over the grassy forest floor, then on a concrete runway it always went down into the village. 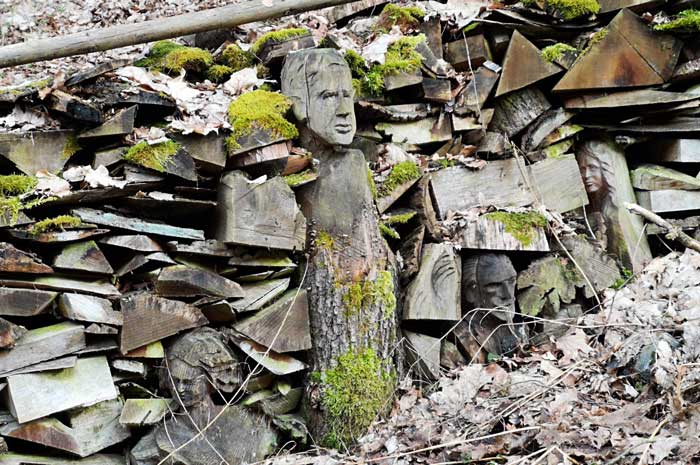 We had already reported on the chainsaw carver's artist area on the edge of the forest just before Garnbach. Once again we took a short break here and were even able to exchange a few words with the sawmill artists being present. 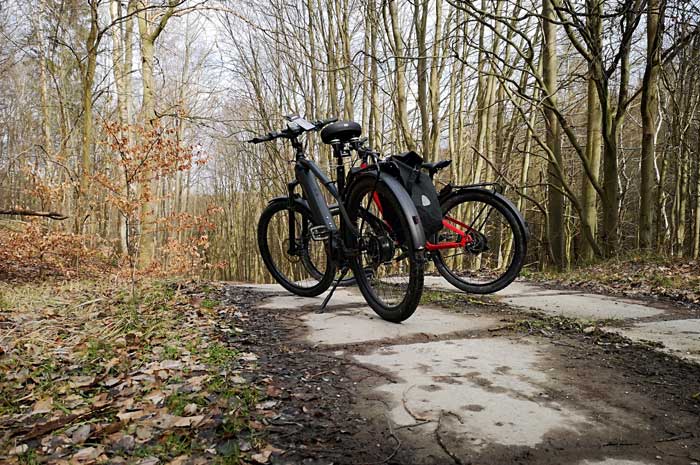