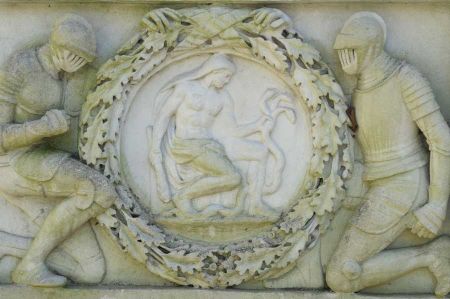 Again, we noticed, there are connections that were unlikely at first, even if you are interested in history and due to our project work, we are traveling a lot, especially in the Balkans.

We had visited Belgrade and its fortress and had not just encountered the strong presence of Turkish artefacts there, but also a name that we should now encounter again here in the Vienna Woods during an extensive hike: Gideon Baron of Laudon. What do Belgrade, the Turks and Gideon of Laudon have to do with each other, this question arises? Sure, we have to go back a bit in history!

The Ottomans in the Balkans - until the gates of Vienna 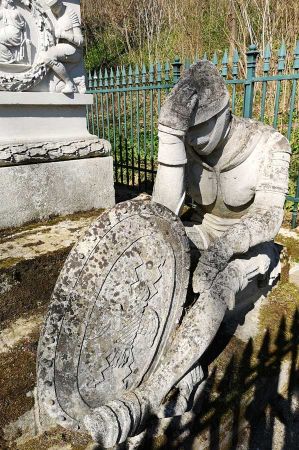 The Ottoman Empire had emerged at the beginning of the 14th century as a regional domain (Beylik) in north western Asia Minor at the border area of ​​the Byzantine Empire under the founder of the dynasty Osman I, of presumably nomadic origin. They separated themselves from the dependence on the Sultanate of the Rum Seljuks, which had come under the dominance of the Mongolian Ilchanat after 1243 and had lost its power in steps. The capital of the Ottoman Empire was Bursa from 1326, Adrianople from 1368 and finally Constantinople from 1453.

At the time of the greatest expansion of the Ottoman Empire in the 17th century, it extended northward from its core countries of Asia Minor and Rumelia to the area around the Black Sea and the Sea of ​​Azov, westward and far into Southeast Europe. For centuries, the Ottoman Empire politically, militarily and economically claimed a major European role in power alongside the Holy Roman Empire, France and England. 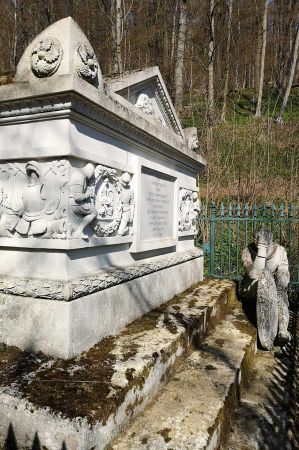 The family of Laudons has been documented in Livonia since the 15th century. Gideon von Laudon himself claimed to be related to the Scottish noble family of the Earls of Loudoun, but this relationship is probably purely fictional. In 1732 he entered Russian service at the age of 15 and took part in the siege of Gdańsk in 1734 during the War about the Polish Throne. In 1735 he moved to the Rhine with the Russian auxiliary troops and then back to the Dnepr, where he fought in the Russian-Austrian Turkish War between 1736 and 1739. After the Peace of Belgrade, he went to Saint Petersburg to complain about several events. When his complaints were not followed, he left the Russian army.

Many years later as commander in Croatia, Gideon Freiherr von Laudon defeated the Turks at Dubitza in the 8th Austrian Turkish War in August 1788 and stormed Novi. In the 1789 campaign he conquered Turkish Gradisca at the head of the Croatian-Slovenian army. During the sickness of Field Marshal Andreas Hadik von Futak, he received supreme command over the main army, was then able to take Belgrade and Semendria on October 8 and successfully ended the campaign against the Turks, appointed to be Generalissimo.

By the imperial resolution of Franz Joseph I on February 28, 1863, Gideon Freiherr von Laudon was included in the list of the "most famous warlords and generals of Austria worthy of constant emulation", in whose honour and memory a life-size statue in the Feldherrenhalle was added then (today: Museum of Military History Vienna). The statue was created in 1864 by the sculptor Cyprian Godebski from Carrara marble and was dedicated by Emperor Franz Joseph himself.

In the Museum of Military History, Hall II, there is a display case in which personal items of Gideon of Laudons are displayed, such as his grand cross and breast star of the Order of Maria Theresa, which Laudon was awarded for his bravery in the Battle of Hochkirch in 1758; his tricorn, sword and even his shaving kit. Above the showcase is a monumental oil painting with Laudon's equestrian portrait, riding across the battlefield near Kunersdorf.

A bust made in 1812 is exhibited in the "Hall of Fame of the Germans" Walhalla.

And his grave is in the middle of the Vienna Woods, which we came across almost by accident and which encouraged us to take a little digression into history. Have fun with your further research.