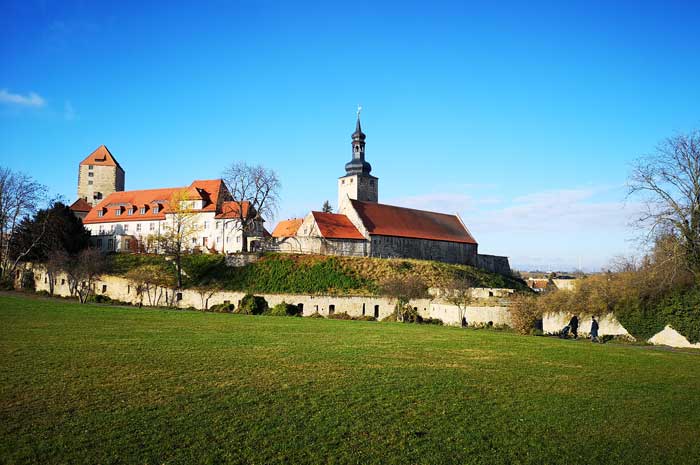 There are so many castles in the so-called Burgenland that it is difficult to decide which of the facilities in Saxony-Anhalt should be this time when it comes to a long walk in the area. 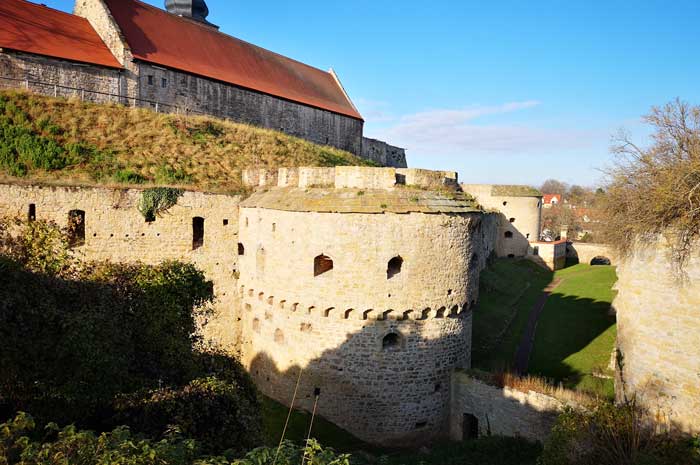 It goes without saying that each of our walks should always lead to one of the local sights, we love to be there with the camera and we always love to discover something new. 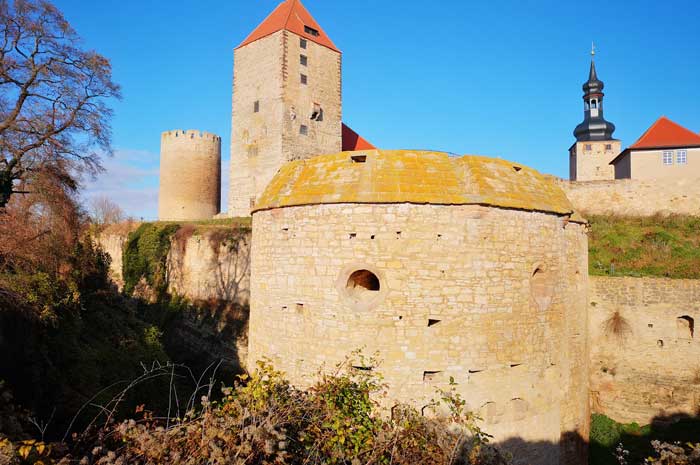 So it was not an easy choice, but it was a quick choice, which should bring us to Querfurt in the glorious sunshine, to go around the castle and city wall, maybe even to get a little inside. 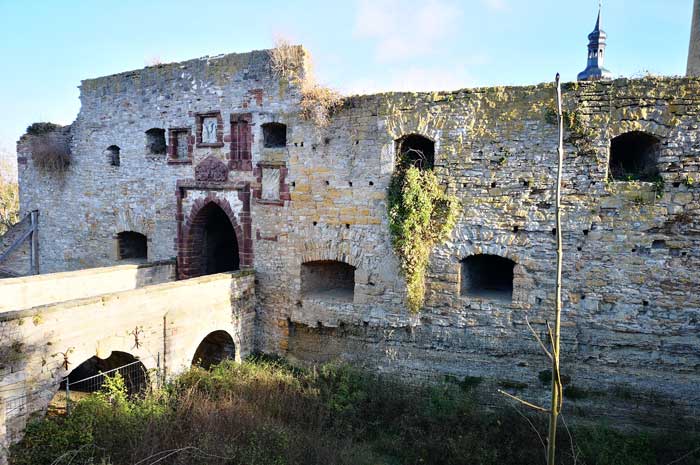 Although we had already reduced our expectations a bit due to the corona restrictions that had been applied, we did not expect that the entire inner courtyard would be a major construction site. 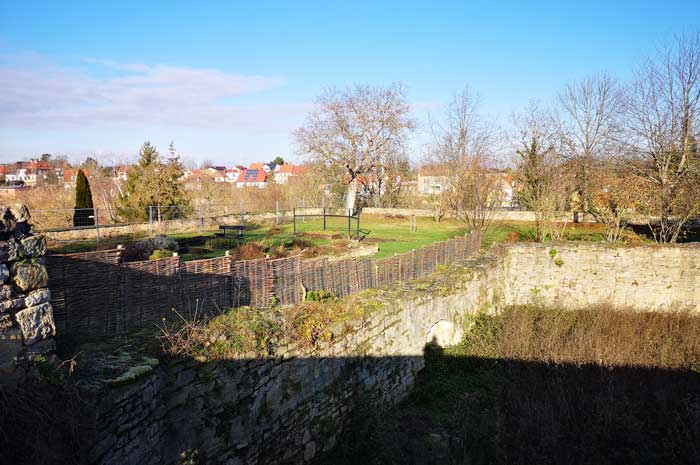 Well, at least part of the area up to the museum had been kept passable for visitors, even if the path wasn't necessarily suitable for everyone. 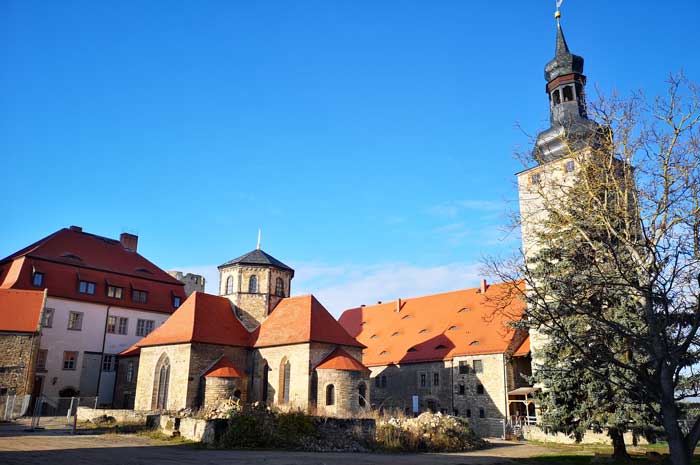 The signs attached, and later the museum, showed that Curnfurt im Friesenfeld was mentioned for the first time in a document of the tithe of the Hersfeld Monastery, which was made between 881 and 899 as a place of tithe in Friesenfeld. 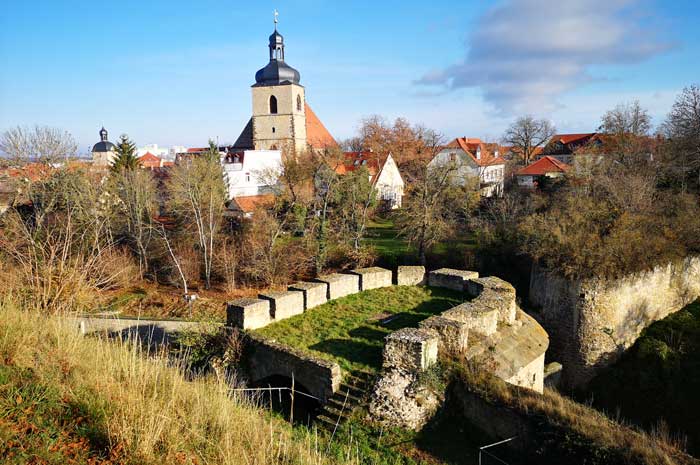 The neighboring village of Kunisch, which no longer exists today, is also mentioned there. Querfurt was the ancestral seat of the noble lords of Querfurt. 974 is given as the year of birth of St. Brun von Querfurt as the first recorded representative of this noble family. 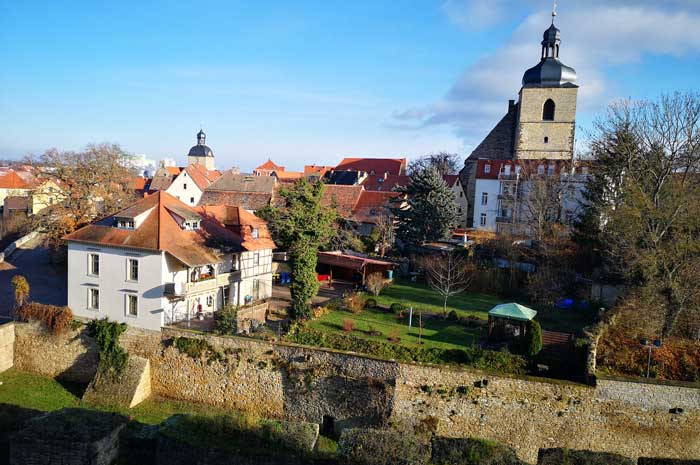 Later on, Brun von Querfurt, who was then canonized, was said to have been a very active missionary in many European countries, including in 1002 when Brun had Pope Silvester II commissioned him to do a mission for Poland and thus became the direct successor of Adalbert of Prague . 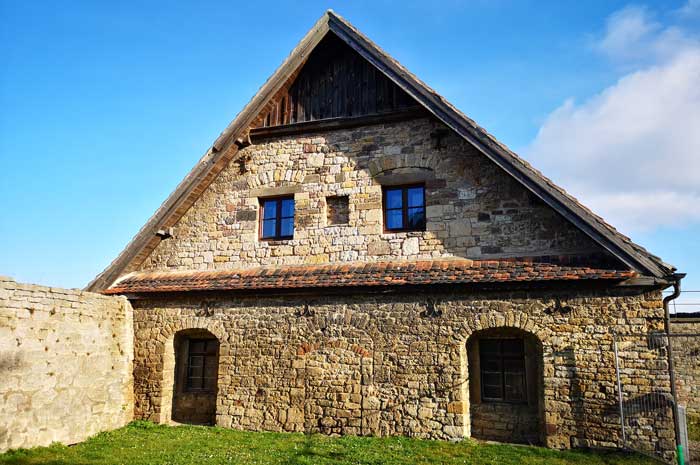 In 1004 Brun was ordained archbishop for the Slavic Mission in Merseburg, but found no support from King Heinrich II, who was at war with the Polish Duke Bolesław I. Chrobry. He went to King Stephen the Holy of Hungary, but found no support here either and therefore moved on to the Russian Grand Duke Vladimir I in Kiev. 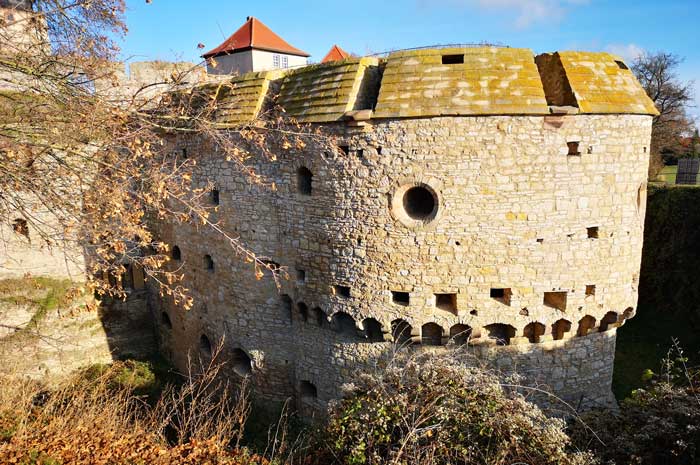 From there he wanted to do missionary work with the Pechenegs, who lived from the lower Don to the lower Danube. During a five-month stay in their country he succeeded in converting the greater part of this people, but after his departure they again apostatized. But he had at least brought about a peace between them and the Grand Duke. 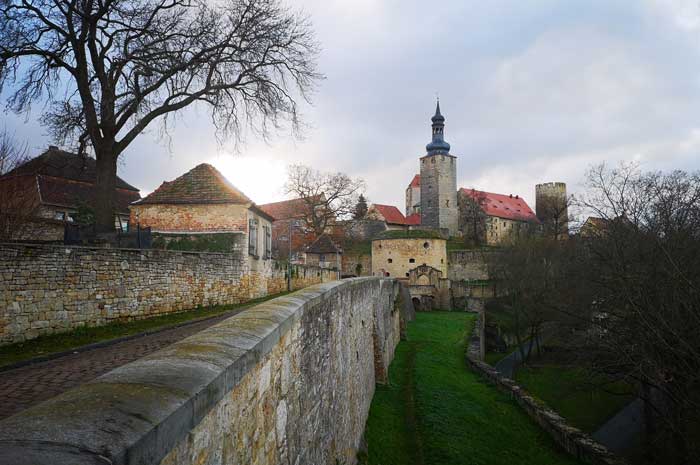 The inner city wall is mentioned in a document from 1198, which means that Querfurt already had city rights at that time. In 1357 a second, the outer city wall was built. On April 13, 1621, 101 houses were destroyed in a city fire. In 1663 Querfurt became the residence of the imperial principality of Saxony-Querfurt. The city was the seat of the Saxon office of Querfurt until 1815. From 1816 to 1994 the city was the seat of the district of Querfurt.