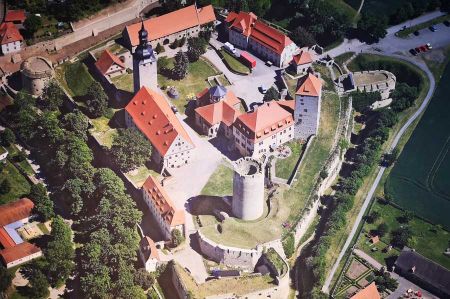 We were already on the way back from the Rosarium Sangershausen on the BAB 38 in the direction of Halle when Detlef remarked that we should also make a short detour to the castle in Querfurt.

The weather was still friendly, so the decision was made quickly, and it's only 8 kilometers from the Autobahn to Querfurt.

Detlef already knew to report that the Querfurt Castle is one of the largest medieval castles in Germany and is about seven times larger than the Wartburg. So, based on the first information, we were of course excited to see what to expect. 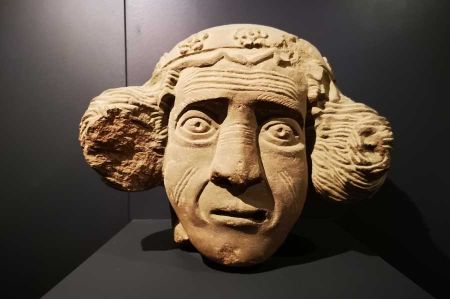 The mighty towers of the castle complex could already be seen from afar, as soon as we had left the autobahn. Sufficient parking spaces are available on the outskirts of Querfurt, almost halfway between the castle and the city center, which also invite you to visit the center of Querfurt. We then walked along a meadow towards the castle, where we first met the mighty building of the south-east roundabout. Here a hiking trail led down into the moat, in the course of which the castle can be completely circled. During this tour you feel lost and small in the face of the mighty fortifications in the dry moat, which once provided additional protection for the castle complex through the eleven meters wide and five meters deep moat. The limestone rock, which is permeable to water here in Querfurt, did not allow a moat - the water would quickly have seeped away. 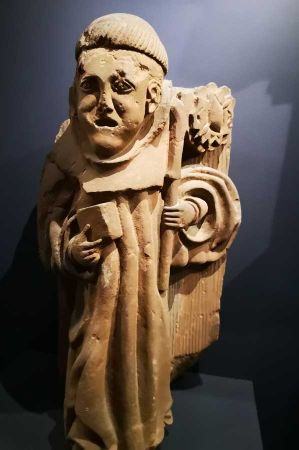 For the first time, Querfurt is mentioned in a document as a place of tithing, Curnfurt im Friesenfeld, in the tithing index of the Hersfeld monastery that was created between 881 and 889. Then there is a certificate from Emperor Otto II from 979, in which Curnfurt appears for the first time as a castellum, a first indication of the age of the fortress. The oldest structures of the Querfurt Fortress date back to the 10th century. There are traces of this on the inner curtain wall as well as on the granary and the armory, which clearly prove this. Since at that time a large number of buildings were made entirely of wood, this massive stone construction clearly shows and underlines the importance of the Querfurt nobles in politics at that time.

The outer ring wall of the Querfurt Fortress was already built around 1350, with a wall thickness of almost two meters and a height of ten meters and extremely strong reinforcement with loopholes. 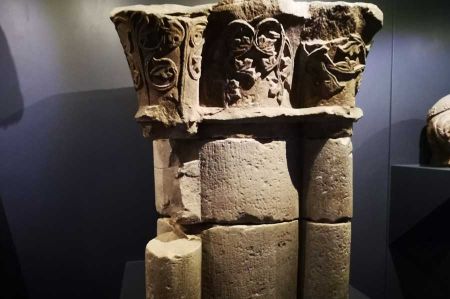 The further development of the artillery made it necessary to build new fortifications in Querfurt. In the second half of the 15th century, the bastions were built in the form of so-called rondels. These roundels are not to be referred to as such in today's parlance. They are rather monumentalized shell towers that are hardly suitable for setting up guns and are still strongly influenced by medieval castle construction. Its construction time can be classified between 1461 and 1479 through building inscriptions, whereby the south roundabout is somewhat older and can be dated to around 1450. On the lower floors there are mouth and trouser loops for hook boxes. In addition, so-called bullet protection planks have been preserved. 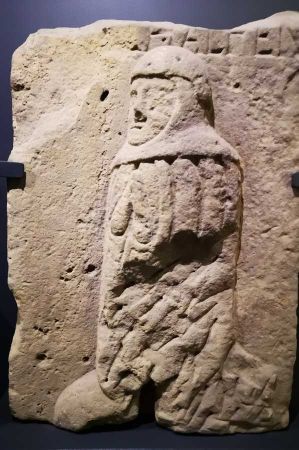 After the devastating destruction in the Thirty Years War, the bastions were thoroughly restored. The so-called “west gate system” from 1385/1479 with its massive fortifications is also exceptional. This fortress alone is about the same size as the entire Wartburg near Eisenach. The special arrangement and design of its loopholes allowed special shooting angles.

Towards the end of the Thirty Years' War, from 1640 to 1642, the fortress, which was considered impregnable, changed hands several times after heavy sieges and bombardments. The subsequent occupation of the Swedes lasted from 1642 to 1650. Around 1700 new gun positions were built on the widened berm above the Zwinger, before Querfurt after the death of Adolph III. from Sachsen-Weißenfels fell back to the Electorate of Saxony. In the 17th and 18th centuries, the castle church was also redesigned in Baroque style and restored from 1846 to 1850 and 1903.

The towers of Querfurt Castle 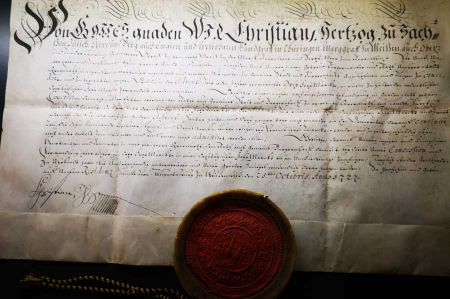 The striking views of the castle complex are complemented above all by the mighty towers. The oldest tower in Querfurt Castle dates back to the 12th century and is now lovingly referred to as "The Fat Heinrich". A massive round tower without windows, chimney and toilet, a proud 27.50 meters high, with a diameter of 14 meters at the bottom with a wall thickness of 4.35 meters. Fat Heinrich is the only tower from the Romanesque period in the Querfurt castle complex. The ring of loopholes was only added in the 15th century. During restoration work below the tower, the foundations of an older building were found, which must have been built around the year 1000.

A second tower, known under the term "Marterturm", was built at the beginning of the 13th century in the form of a residential tower. It was later increased in the 14th century and then, after the Thirty Years War, served as a granary to supply the castle residents.
Even later, but also in the 14th century, the so-called Paris Tower was built, which also contained one of the castle dungeons. Originally called Hausmannsturm, this tower was given its baroque dome in 1659, which means that it can now refer to the proud height of 57 meters.

The brewery was built as a residential building probably in the second half of the 12th century or at the beginning of the 13th century. In 1669/70 the kitchen for the modern royal house was set up in the house. The term "brewery" is derived from the demolished outbuildings "fountain and brewery".

The Paris tower was built in the second half of the 14th century as the "Hausmannsturm", which housed the tower watchman's apartment. It served as a fire watch tower until 1969. The keep is 57 meters high to the top. The viewing platform is at a height of 30 meters.

The construction of the barn was first reported in 1469. In 1669 it was modernized. The barn borders the eastern Romanesque curtain wall of the castle and was one of five farm buildings that originally existed on the castle.

The tenant house was built in 1793 as a commercial and residential building. In the late 19th century, at the request of the domain tenant who lived there, it was expanded, which has shaped the appearance of the building to this day.

The Princely House used to have a representative character, even though numerous renovations from different eras have left their mark. It is based on parts of a former second Romanesque hall, the so-called Ottonenkeller. In 1528 the building was rebuilt in the Renaissance style and redesigned in the Baroque style from 1660 to 1668.

The building history of the granary built in 1535 goes back to the 10th century. It is based on a gatehouse from the 10th century that was formerly built on the north side, as well as remains of Ottonian and Romanesque houses. The basement served as an armory. However, it did not get its present form until the end of the 17th century.

In the middle of the castle is the castle fountain, which was at times the only water source in the castle. It was backfilled in 1945 and dug back to its current depth of around 33 meters between 1973 and 2000. The current water level is about 2½ meters.

In the year 1004, at the same time as the foundation of the castle chapel, a canon monastery was founded, which was followed from 1162 by the construction of a Romanesque church in the middle of the castle courtyard. In the 14th century a burial chapel was added to this with the Tumba Gebhards XIV of Querfurt. The cross-shaped church building, erected from 1162 on over older foundations, is somewhat reminiscent of Southeastern European models. Its octagonal crossing tower dates from the second half of the 12th century. In a Gothic side chapel built in the 14th century stands the tumba of Count Gebhard XIV. Von Querfurt.
The original organ of the castle church was built by the organ builders Gebr. Rühlmann (Zörbig) in 1887 as Opus 86. The slider chest instrument had 14 registers on two manuals and a pedal. The actions were mechanical. The instrument became increasingly derelict and was replaced by a new organ in 1994.

Today Querfurt Castle is one of the many stations on the so-called Romantic Road, which leads through large parts of Germany. Accordingly, after renovation work that became necessary in 2001, the prince's hall, the cafeteria, the fireplace foyer, the castle terrace and the prince's cellar are used for catering to the guests. Couples wishing to marry can also use the historic castle complex for their wedding ceremony, as both civil and church weddings are possible. The granary and armory are available as a wedding hall, as is the castle church for church weddings.

A small museum on the history of the castle complex and the town of Querfurt has existed in the old granary about prehistory and early history since around 1952. The farmer's museum, located right next to the castle, with a historic house and an interesting collection of old agricultural machinery, can round off a visit to Querfurt.