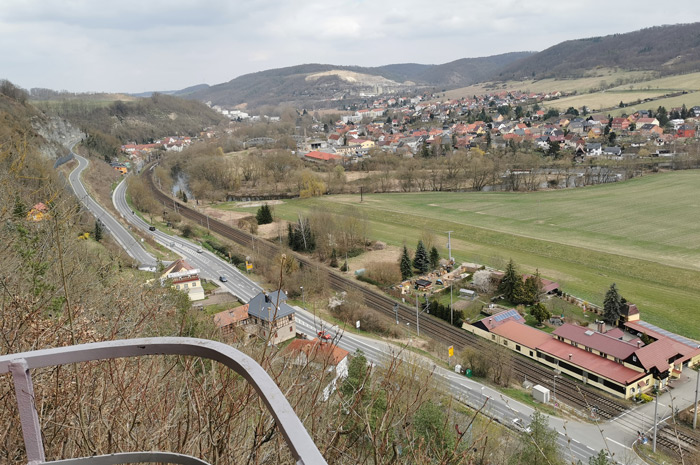 Right at the entrance to Dornburg, we came across information boards for a circular hiking trail that was about 5 kilometers long, which we promptly followed. So it went steadily uphill over still uncultivated fields until we reached the forest surrounding the village. 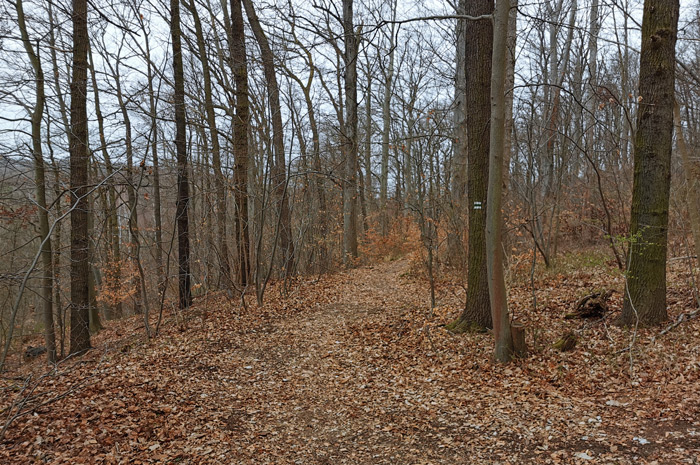 The town of Dornburg is located on a steep limestone cliff that slopes down to the Saale valley to the east and two small side valleys to the south and north. 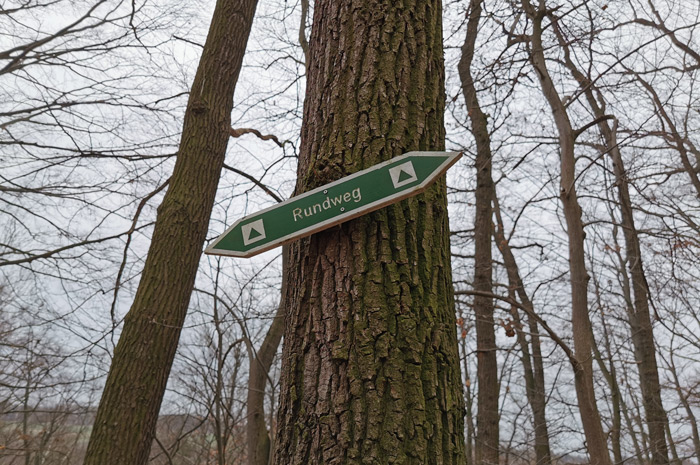 There are fields on the flat areas of the plateau and in the floodplains of the Saale, while there is wild, forest-like vegetation on the slopes and rocks of the Saale valley. 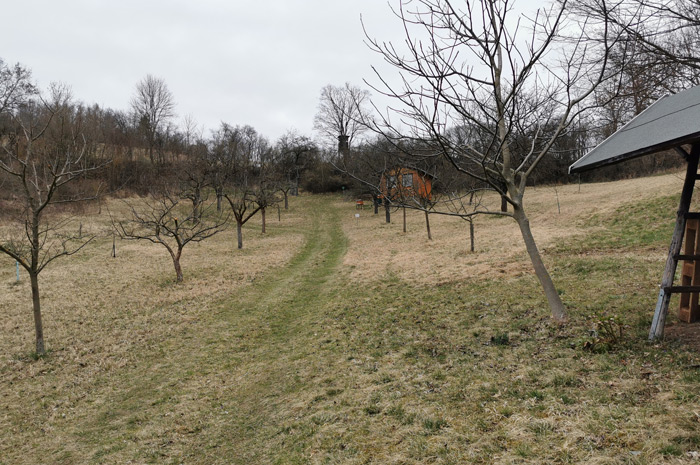 In the south of the district lies the Burgschädel, a steep mountain spur on which there was once a castle. The highest elevations are just over 300 m above sea level. NN on the Galgenberg and on the plateau near Wilsdorf. 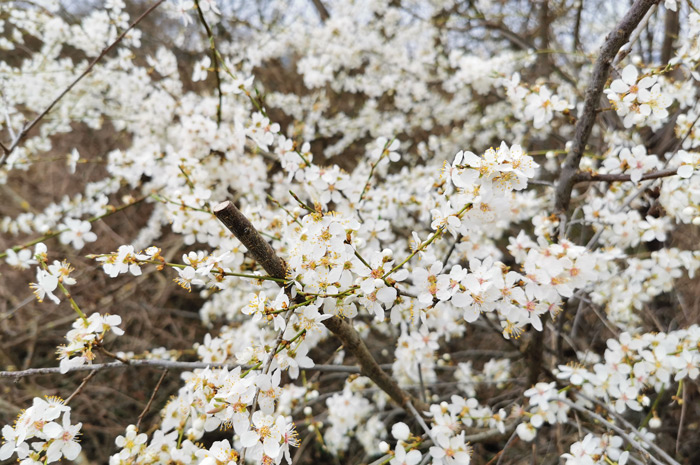 After the sometimes-strenuous ascent on a field path, we reached the first piece of forest, where the actual hiking trail only began for us, because it now went steadily down through a beautiful beech forest on a narrow forest path. 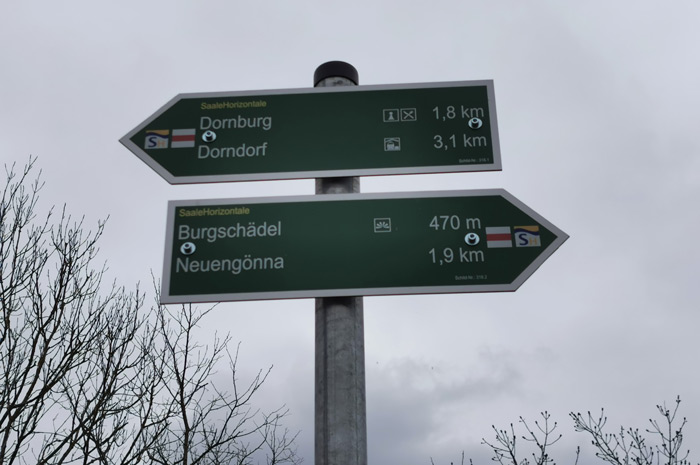 Soon after, we reached a small side valley, in which there were a few garden sheds, some of which had terraces and a wonderful view of the valleys. 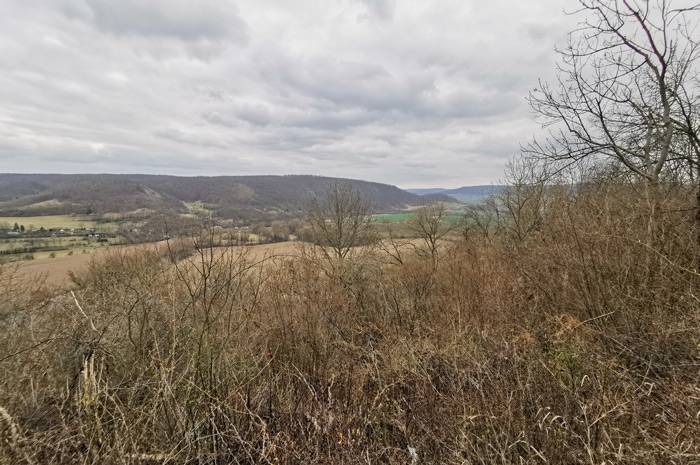 A few beehives were already set up and so we were surrounded by the buzzing of the first bee excursionists. 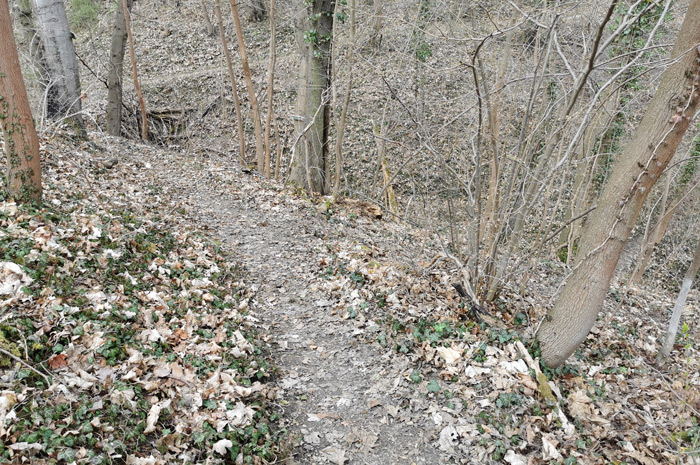 Further in the direction of Dornburg, the view of the Saale, which runs far below us, opens up and shows a very natural course in long loops. Almost originally, the curves indicated little human intervention. 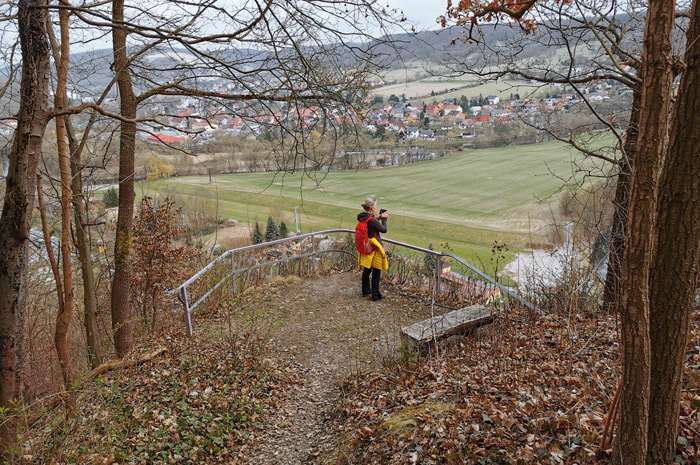 A little later, we had almost reached the village, another narrow path led directly on the steep slope in the direction of the castle complex, which we followed immediately. 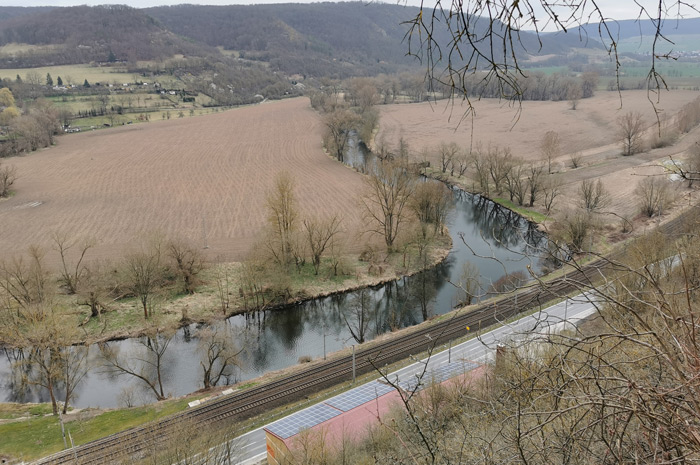 A worthwhile way, because the view down to the Saale with its weir, the storage area and the mighty iron arch bridge in the background (another highlight) were impressive. 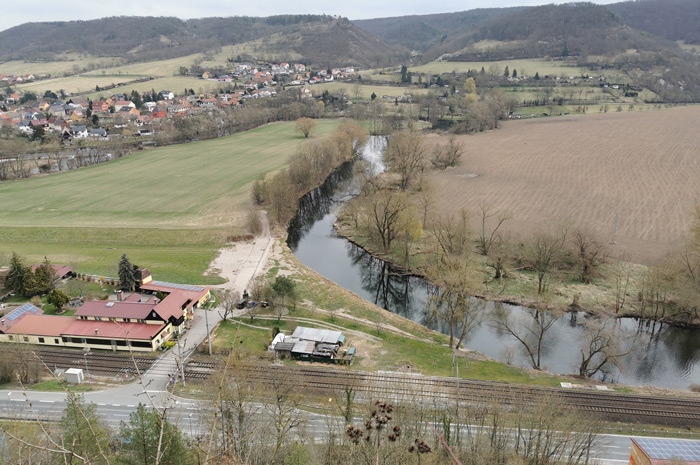 We continued on our way and a little later reached the mighty palace complex, where, among other things, the ceramic workshop at the Bauhaus was to await us. 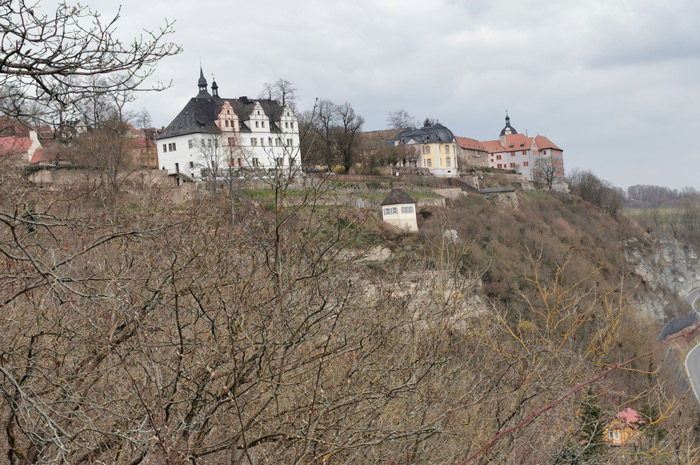 Bike-Caravan for e-bikes - a meeting at Zeitz