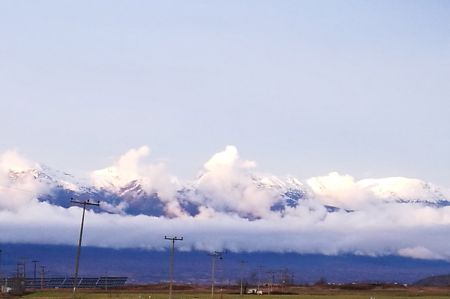 Our return journey from the CMT fair in Stuttgart was overshadowed by a very special event, as Greek farmers protested against the austerity policy of the government of Alexis Tsipras.

Not new to this year, when there is no work on the fields, we first got commented on our request for a bypass, because the border crossing between Macedonia and Greece near Evzoni was completely closed with tractors. And it has been closed for around 15 days already. The Tsipras government had substantially increased farmers' taxation and pension contributions and abolished the reduced diesel price for farmers. The peasants demand that these reforms will be withdrawn.

On both sides of the important border crossing, long truck jams had already formed, waiting for their check-in. Friendly border officials, who handled us and also let us pass (the attempt of passing through was always worth it), had pointed out the complete blocking and then on the way back detour via Bogdanci to the border crossing at Dojran, a small border crossing on Dojran Lake. So we drove the R 1109 road to the junction to Dojran where we turned to the R 1105 to the border crossing, which was really crowded and narrow. The view on the lake and into the mountains in the background, on the other hand, was quite impressive. Unfortunately, the dawning twilight prevented further photos, so we immediately decided to come back in the spring.

Lake Dojran is the smallest of the three great lakes in the Balkan region of Macedonia after Lake Ohrid and Lake Prespa, which is also a center of a significant nature reserve. The lake is one of the oldest and most natural lakes in Europe. The Dojran Lake and its surroundings are becoming increasingly popular among travelers with an active background such as hiking, cycling or mountain biking. For a while the local tourists turned their backs on the warm lake. However, it has recently found more interest by the tourists. The Dojran Lake is located in the southeast of Macedonia on the border with Greece, which also runs through the lake. Of its area of 43.1 km², 22 km² belong to Greece. The lake is at an altitude of 147 m above sea level and is only about 10 m deep on average. The growing natural genes are used to treat rheumatism, bone pain, asthma, bronchitis and other diseases.

During the First World War, the front line of so called Salonikifront between the troops of Germany, Austria-Hungary and Bulgaria on the side of the Central Powers as well as the troops of the Entente Powers France, Great Britain and later Greece was here. The most important of the battles was the 3rd Dojran Battle on 18 and 19 of September 1918, in which Greek and British troops broke through the strongly fortified front of the Bulgarians on the eastern edge of the lake. A cemetery of the Commonwealth War Graves Commission and a memorial to Great Britain and Greece forces is placed here too.

In 2002 a project was started in Macedonia on the construction of an aqueduct which will supply the lake, whose water level has fallen by almost five meters during the past 20 years, mainly due to excessive water abstraction for agriculture, with water from the surrounding mountains. In return, Greece has undertaken to take measures to protect the lake, which is still considered as ecologically valuable.

After crossing the border, which took a long time due to the high traffic volume, we quickly made our way to the Thessalonica, where Toni and Alexander Zampetas were already waiting for us at the camper stop of the same name.