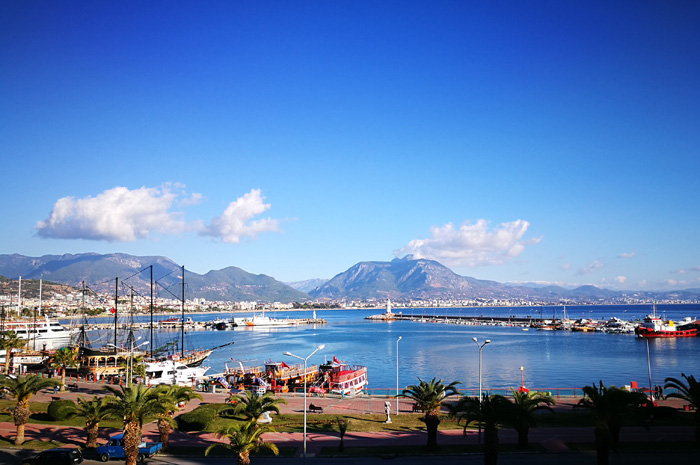 Gorgeous sunshine and about 16 ° degree outside temperature were tempting enough for a little stroll above the port of Alanya, because already at noon there should be a change of weather. 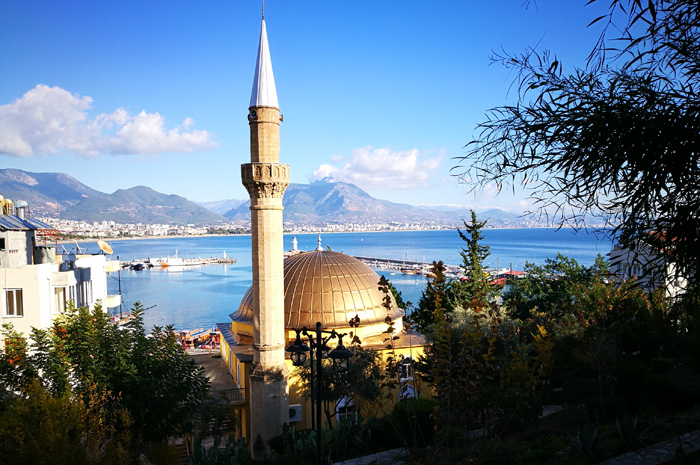 After completing some dates we had our way using Tophane Cad., which ultimately leads to the lower city gate to the old town of Alanya. Here the view showing the mosque and the harbor. 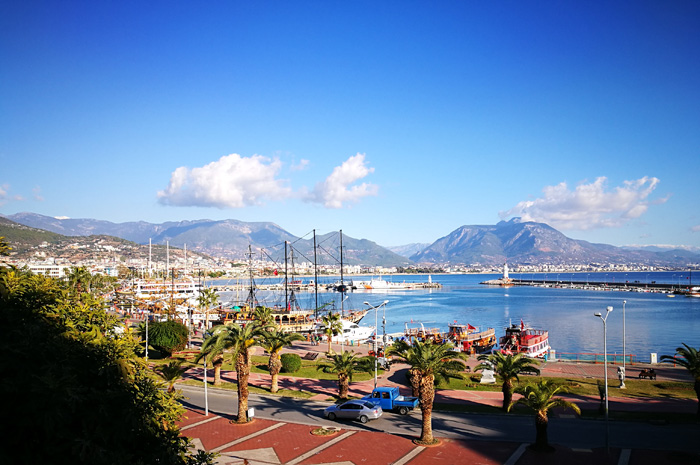 Using Tersane Sokak we passed the Red Tower, the landmark of the city of Alanya, then we turned into the upper harbor street, called Iskele Cad. with its restaurants and hotels. 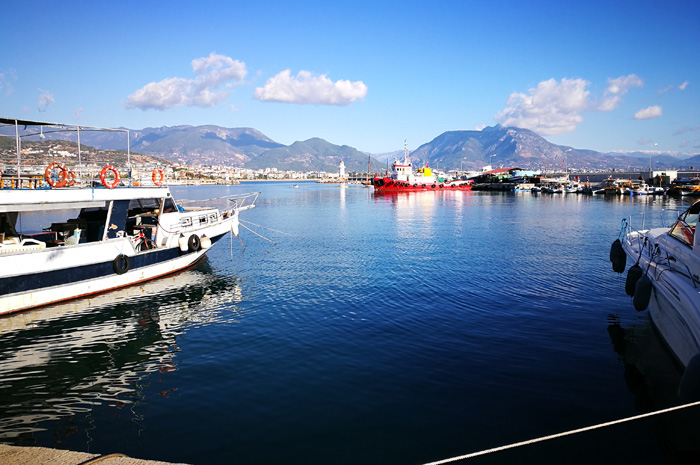 Once again, a magnificent view of the harbor and mountains in the hinterland reveals the Oba and Mahmutlar districts, but also recognizes that only a few visitors are in the city. 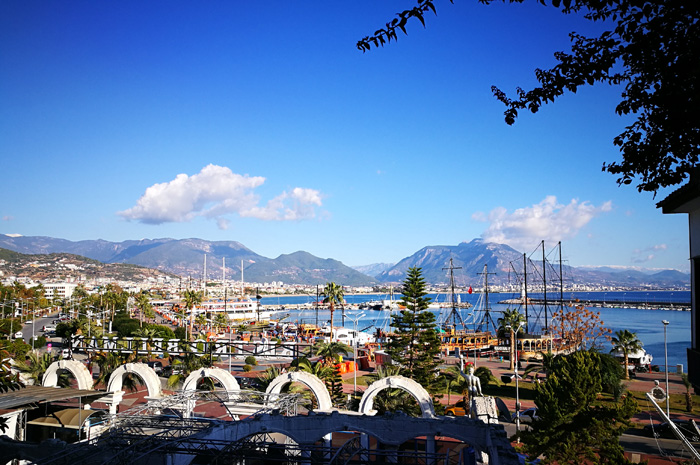 Directly in the foreground the well-known nightclub and night scene right to the harbor, where thousands of people are wandering in tourist times, now almost menless, hardly a single parking space is occupied. 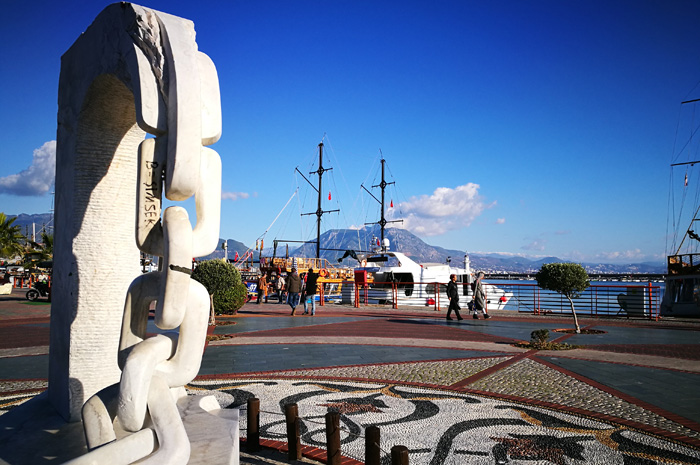 We set our way along the Rithim Cad., which was developed directly as a harbor boulevard and is also used for various events. Also here just a few visitors. In the foreground one of the sculptures of the sculptor's festival. 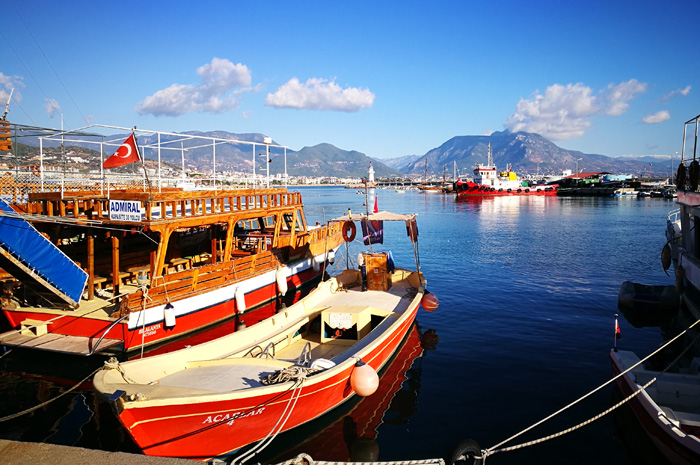 The tourist excursion boats to round the castle mountain are already prepared for the coming season, which will hopefully contribute to the local population again. First clouds are rising. 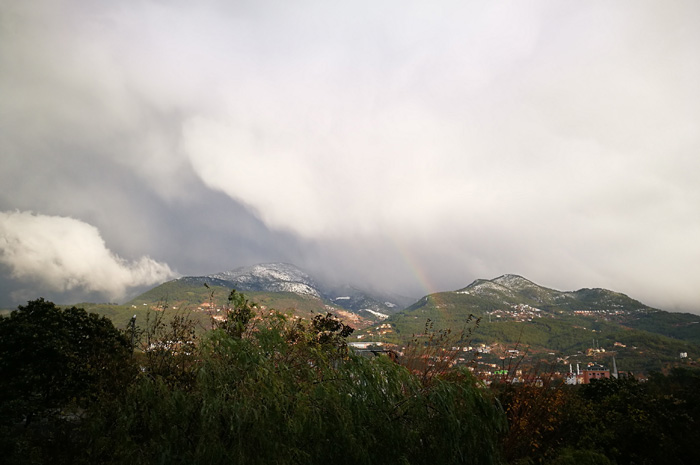 Last year's tourist development not only means a loss of income for the large hotels of mass tourism, which for the first time are largely closed during parts of the season, also the retail trade suffers considerably, which means that entire families have hardly any income. 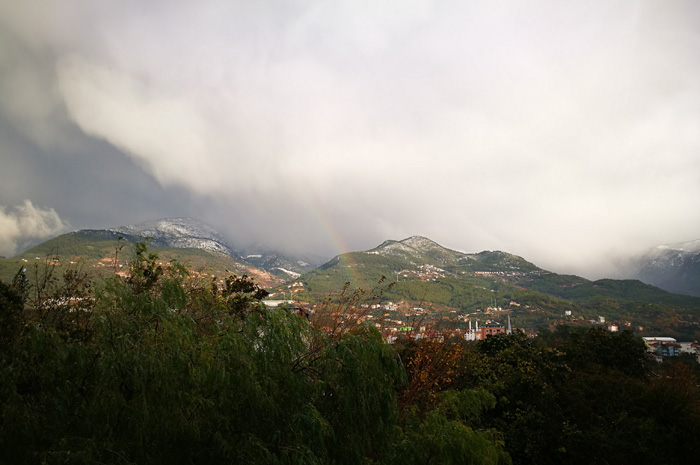 Then we are on our way back, because the sky is approaching, dense gray rain- and snow-clouds pass over Alanya, first white on the surrounding mountains. Since the sun partly still appears in the cloud gaps, even a rainbow is appearing. 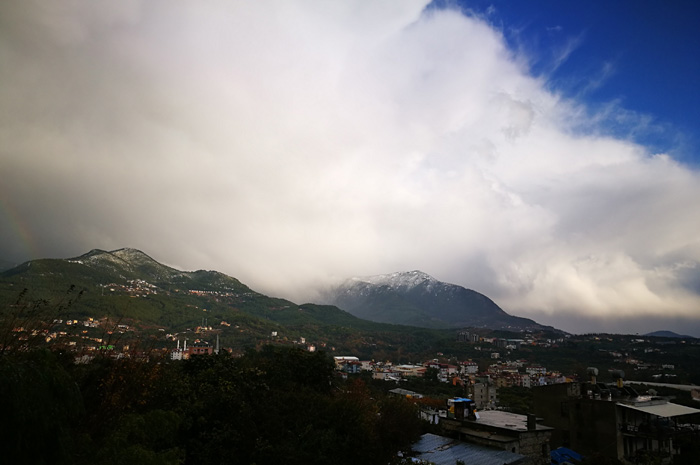 And as fast as the clouds were gathering, they were quickly withdrawn. Weather phenomena, which could not be more changeable.

Rime - Walk through the forest