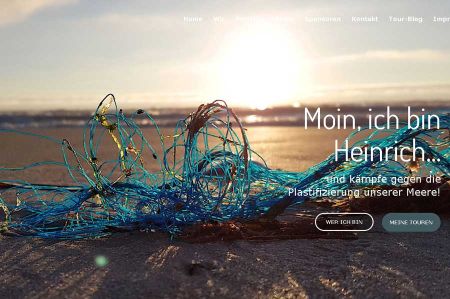 It was September 2, 2009, late afternoon, the day that turned my life upside down. Admitting it was very hot in Halkidiki and I had to drink a lot that day. Dimitri, of whom I had leased a field for my herbal tea cultivation and from where I delivered melons to a hotel in Sithonia, was next to me.

We went for a walk on the beach and wanted to drink a beer with lemon juice, we call it Radler, as we had done so often during temperatures like that day.

But it should not come to that. Just when we wanted to toast and try our best, my voice failed. The little word "Jammas" just could not get over my lips. At the same moment, my right arm sagged, and my right leg collapsed. I had no idea what exactly happened to me. Suddenly to be completely helpless and to leave others in full consciousness to handle of action, was very cruel. Dimitri thought at the first moment that I was making one of my many jokes. But after a moment's hesitation, he realized it was serious and he intervened immediately.

The hotel owner, who was close by and heard the incident, immediately typed "Egefaliko", stroke. His sister also had one a few years earlier. That's why he knew the symptoms.

Then everything went like clockwork. Within a few minutes, the ambulance arrived and stabilized me before taking me to the county hospital in Poligiros. Dimitri had gone to my apartment meanwhile to get my papers and came back to the hospital together with his wife Kassiani. I clearly recognized my two friends in the hospital in Poligiros but still could not speak.

The next morning I woke up at the Papageorgiou clinic in Thessaloniki. Apparently they had stunned me for transport.

My first thought, after I realized that everything was still so far ok, even only half of it works, was: "THAT WAS NOT THE END!".

Due to the not-existent return trip insurance in case of illness, I spent 10 weeks in the Papageorgiou. That was always the first thing I clicked away when booking online. For example, I would have had a broken leg plastered in, I would have flown. But who thinks of a heart attack? I felt fit. I went out for my last marathon in less than 4 hours in mid-May in Hamburg.

Dimitri had taken my personal papers to the hospital in Poligiros, but not my address book with my telephone numbers. The next day I also got a visit from an employee of the German consulate in Thessaloniki, who agreed to do everything for me regarding the return flight to Germany.
At first, this would only have been possible if accompanied by medical staff. The costs exceeded, because of the lack of insurance, my budget considerably was too small.
So I stayed for a total of 10 weeks in Thessaloniki in the clinic and watched the leaving aircrafts with the view through the window.

Although my speech came back a fraction in the morning after my stroke, it was not possible to speak fluently for a long time. But it was a first sign that with a lot of effort still a lot will be possible. That the paralysis of my right body extremities should recover at a later date to an acceptable level, I did not see at the time. After ten weeks, I could see how my fingertips move barely perceptible with total concentration. But I felt it was a milestone then. 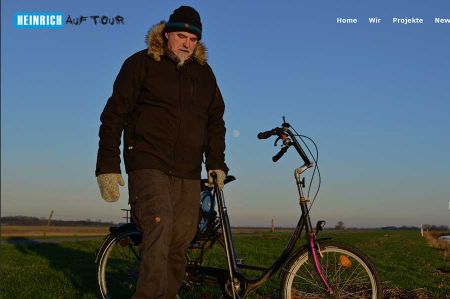 The first few weeks I had no telephone contact to Germany. It was not the first time I stayed away longer than planned without giving any great news to my friends. I always called it Heinrich`s spontaneity. After about three and a half weeks, I got a surprise call. It was Lea. A very good friend from Bremen. I was very touched. I barely got a word out. It is crucial that I am what I am now. We then phoned every few days for some time. And Kassiani and Dimitri also came the long way from Plana to Halkidiki to Thessaloniki once a week.

As I said, after 10 weeks I flew back to Dusseldorf, where Achim and Silke welcomed me at the airport and took me directly to Oldenburg in the Protestant hospital. Compared to Papageorgiou, the most modern clinic in Thessaloniki, that was a different world. We arrived in the early evening. In the emergency room an initial examination was carried out and then I came to a bed room for two. From the next morning I was then pelted from head to toe for days to determine the cause of my stroke. That was never done in Greece. Even the ward doctor there was German, but I had not experienced such an investigation effort.

On the third day, the EV also carried out an ultrasound of my heart. They found the foramen ovals, an opening that connects the two atria and that actually closes a few days after birth. This has led to a so-called paradox embolism.

Meanwhile, it is closed with a Amplatzer occluder, like a umbrella. I have plastic in my heart. The procedure was routine. Through the bar in, high into the heart, stretched, done! He was performed at the Klinikum Oldenburg.

Subsequently, the early rehab followed in Protestant hospital and six-week rehab in the rehab clinic in Oldenburg Kreyenbrück.

At this point, I would like to express my warmest thanks to all persons and institutions involved in my recovery process. Notably Kassiani and Dimitri, who took great care during my time at the Papageorgiou in Thessaloniki.

Lea, who has a good temper because of her always good mood, that I did not let myself down. Achim, who did my chaotic paperwork for me when I lay in the clinic, came to visit on a daily basis, brought me laundry and at the beginning when I was home, went shopping with me. Cosima, Regina and Bernd, who lovingly gave me power back to life for my fight.

Without you, I would not be the one I am now by far. 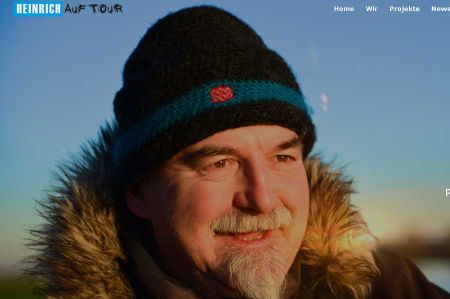 But I also do not want to forget the medical facilities and rehabilitation facilities like Papageorgiou in Thessaloniki, Evangelical Hospital Oldenburg, Klinikum Oldenburg, Rehabilitation Clinic Oldenburg and the Speech Therapy Gabi Aussum. They have also contributed to their respective field, " Dat ick`n Düvel no maol wedder fande Schüpp sprung`n bün  ." (For all English: "I jumped again from the showel of the devil.")

After another one and a half years no more discernible improvements could be detected. I was exhausted.

A certain restriction will remain for the future, but I have accepted that and can live with it. Even with the fact not having a big financial frame, because of my modest pension available. Creativity is needed. If my creativity fails, then I'm dead at the latest. The most important thing for me is to lead a self-determined life and not to be dependent on anyone.

Much takes four times the time but I claim "SO WHAT!" I'm driven by no one.

The only thing I regret from time to time is to never be able to jog again. My ability to move my foot upwards is still terrible.

Cycling and garbage in the environment 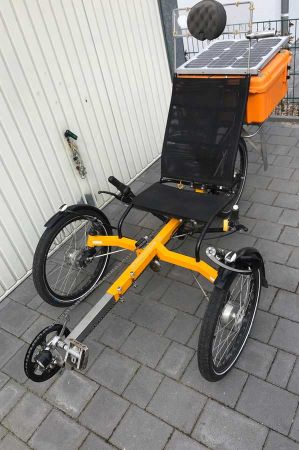 For that I rediscovered cycling a few years ago. Even with a simple tricycle, because of my little remaining sense of balance, but at least this I can manage. In doing so, as I cycle through the world, I increasingly notice how lousy the environment is today. Especially plastic garbage. And even in the far north in Oldenburg.

Produced in seconds, then often used for only a few minutes and thrown away carelessly, many plastic products will still be visible after centuries.

It could, because it is actually also a raw material, if it would be returned anywhere in the production cycle be used again. Technically, that's all possible. As a matter of principle, we are not allowed to continue a day in this way. Because even today the plastic waste has reached our human food chain.

Investigations at the University of Furtwangen have shown that there was no microplastics in salt samples of one kilogram of rock salt, that there already was almost 100 micrograms in 30-year-old sea salt from samples taken on Fuerteventura and more than 300 micrograms in a current sample. In plain language, that in sea salt samples from the same saline you can prove the triple content of microplastics in just three decades. Likewise, studies at the marine research institute in Villefranche sur Mer on the Cote d 'Azur show that 85% of the jellyfish have plastic pieces in their stomachs. Fire jellyfish are the favorite prey of many fish that land on our plates every day.

Unfortunately, I cannot collect plastic for physical reasons, but I still want to set signs. For what was my motto since my cerebral infarction: "THAT WAS STILL NOT THE END". I confess that I want to see something of this wonderful planet and perhaps encourage my fellow humans to be more careful with the environment. Because we only have this one world.

To do that, I need help. But I want to give something back, too. Therefore, I have founded the charitable organization "Heinrich on tour for clean seas e. V. " with like-minded people some time ago. 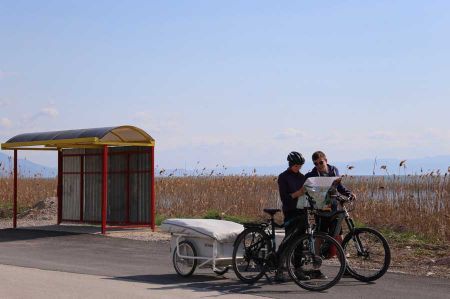 I am the spearhead of our association and would like to draw attention to the topic on worldwide tours, on the way with a recumbent Trike and also find out how other nations tackle the subject of plastic waste. Report on it and try in individual actions to increase the awareness of people meeting me regarding the littering of the environment by plastic. This can be in the field of education, in the field of research or even a project that deals specifically with water purification.

On our club website: www.heinrich-auf-tour.de we have also switched a BLOG, where we will also report daily about our tour.

In order to put our intention into action, we depend on donations. We kindly ask you to help us financially with the purchase of the recumbent trike and other equipment, such as a camera for video and photo documentation, a laptop for the daily upload of the tour report and a smartphone for the plug navigation and communication.

We offer the lenders space on our website for their logo, etc., which is directly linked to their own Internet presence.

EVERY EURO IS WELCOME!

We are very grateful to GENTLE TENT for the SPONSORING of their bike trailer B-TURTLE, which is available to us on the way as an overnight mini-caravan.

Best regards in the name of "Heinrich on tour for clean sea e. V. "Team