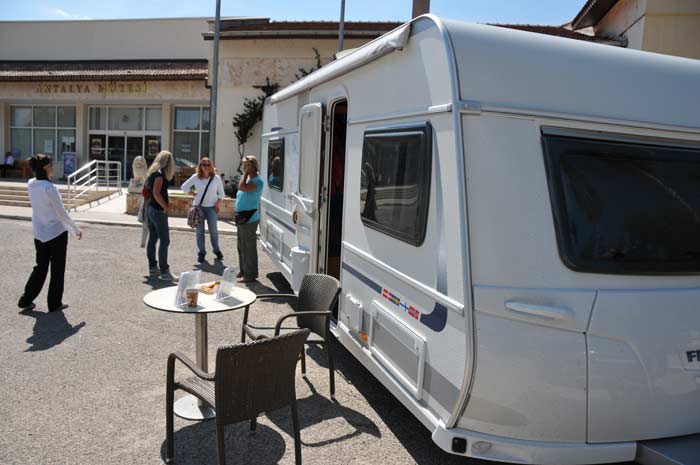 With our arrival at the Museum of Antalya we have been awaited from the museum stuff to be adviced into suitable location in front of Museum. After a short organisation of table and chairs, some flyers about the project soon first visitors appear next to the caravan. Some were really interested in the project, other, just to be honest, more in the caravan. 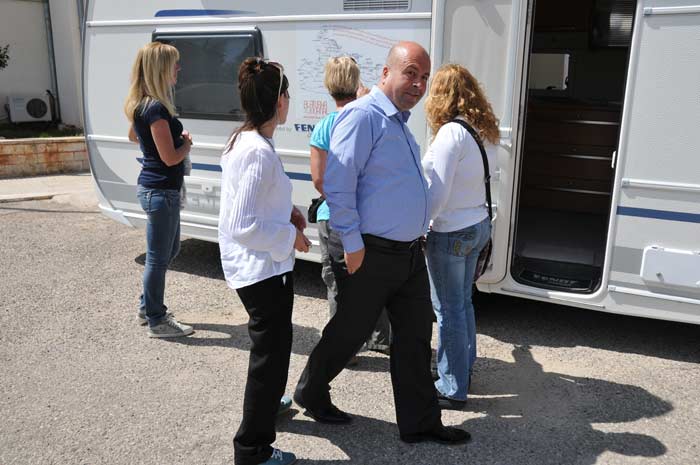 Shortly after our arrival at Antalya Museum we were welcomed by the manager of Archaeological Museum of Antalya, Mr. Mustafa Demirel at the map of Roman Road system fixed to the caravan. A short introduction into the project "A journey of Intimacy and Culture along the Roman Roads" followed. 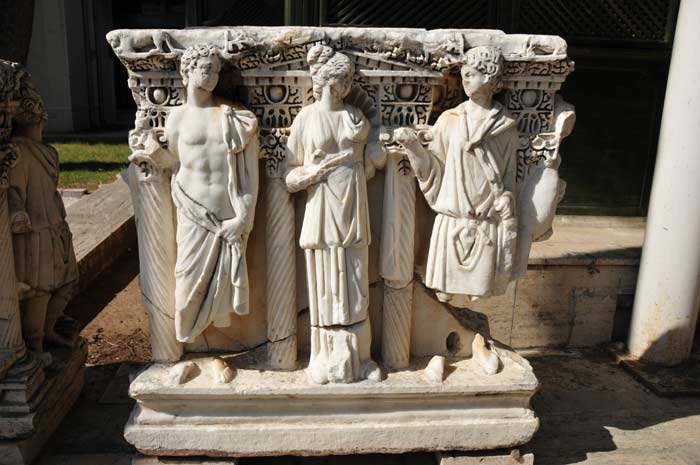 While passing through the lovely garden area of Antalya Museum we found couple of artefacts most of them from ancient city of Perge which is short away from Antalya airport and which is one of the most visited sights in relation to ancient places. 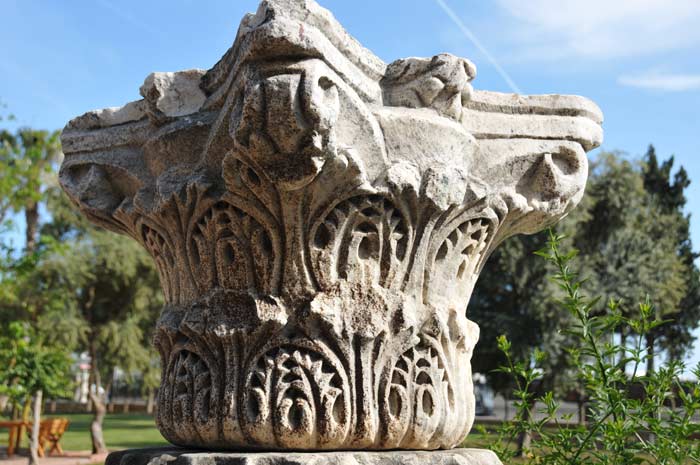 A beautiful designed and scarved head of a column from Perge even though time has destroyed the surface part wise. 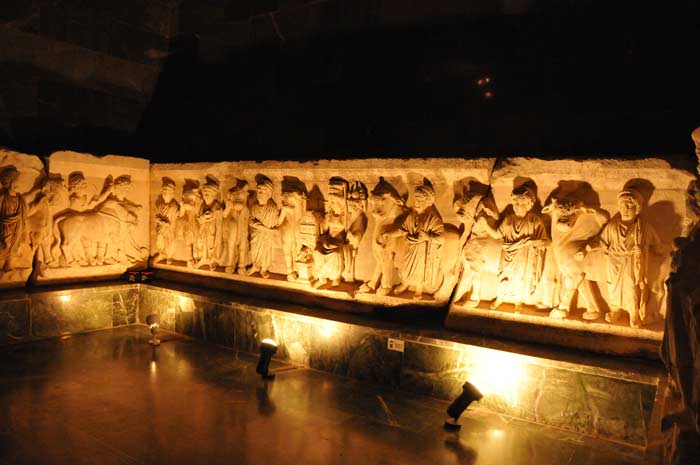 During recent years the Antalya Museum has been growing and modernized and so there is a first class exhibition and a selected choice of original pieces like this gable ornament. 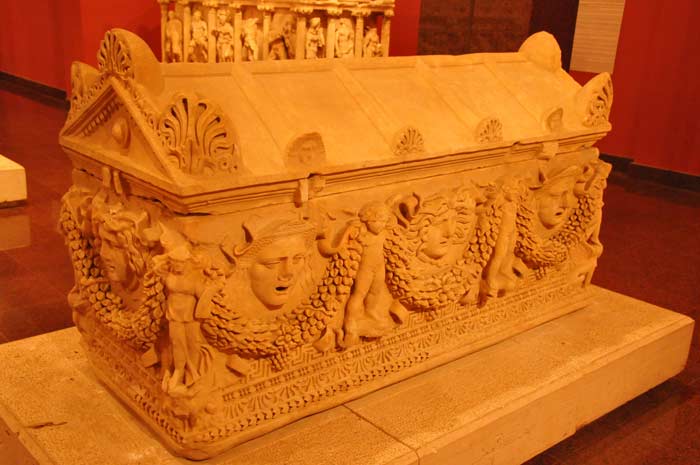 Easy to understand is the proud ness of Antalya Museum for its huge collection of brilliant sarcophaguses from second century AD, mostly collected from excavations at Perge. 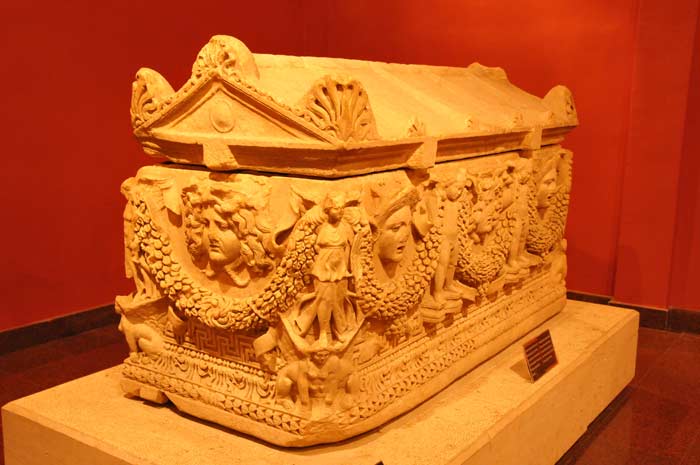 Marble is most beautiful handcraft: On one hand site the lit is being done as if it is the roof construction of a temple...... 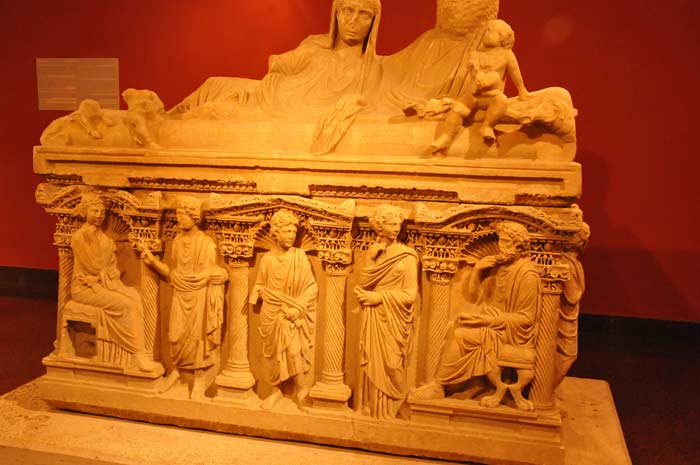 ....then it is beautifully carved like a 3-D-picture of people in their jobs with the real impression of faces and bodies of the died persons. 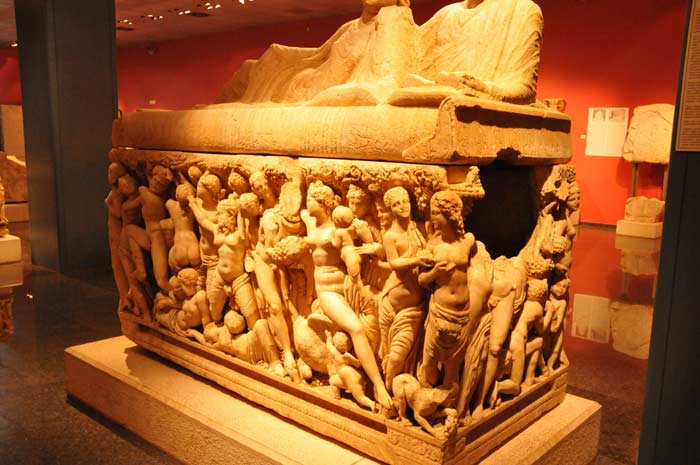 Partwise it is so much impressive to find out all the details in the marble, that you are not able to find corrects words for description. 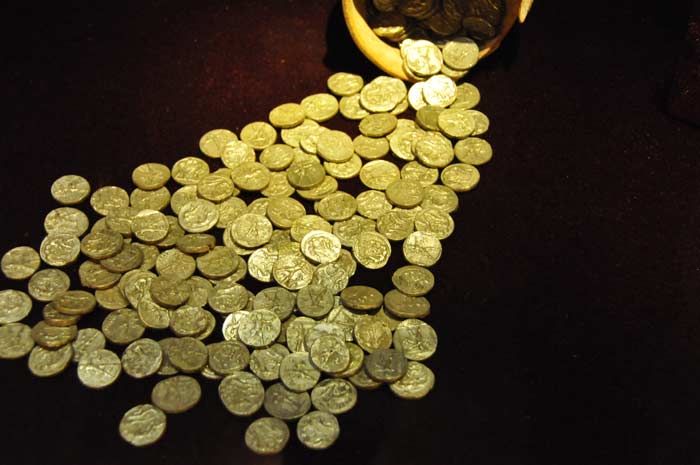 Another important found is the collection of more then 200 coins from gold, which are originally from Aspendos, showing most popular sports of that time which was wrestling. The coins were found next to Varsak-Düden during excavation.