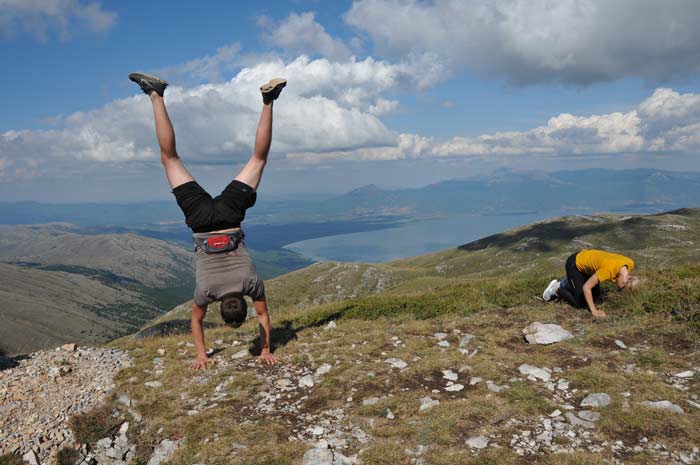 Quickly after starting it became clear, that reaching the Magaro peak was a question of saving energy. Steadily climbing, first within the shadow of beech trees, but then in the sun light, the path took a lot. 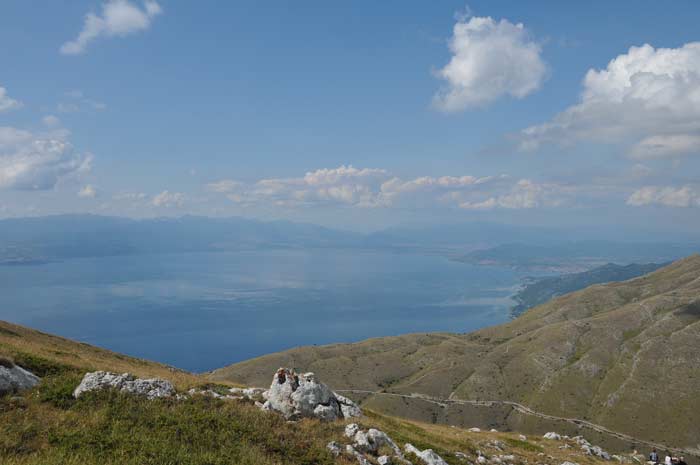 Each step was rising, so we took the advantage of the longer lasting breaks to consider the prospect of plenty. The way to the parking lot is well visible. 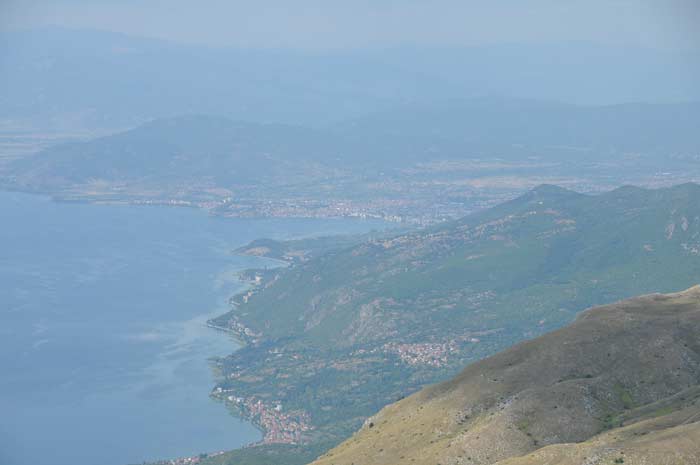 In the background tourist stronghold Ohrid is clearly visible, as well as some of the depopulated villages along the mountain slopes are clearly visible. Here the previously described paths of the Galicica National Park are passing. 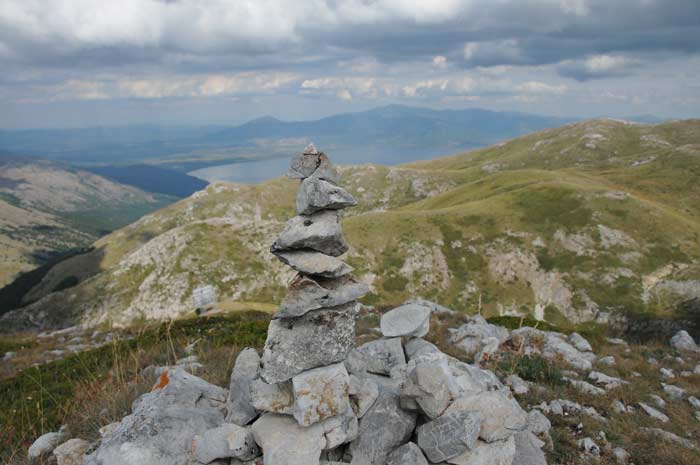 A kind of arts on the edge of the path 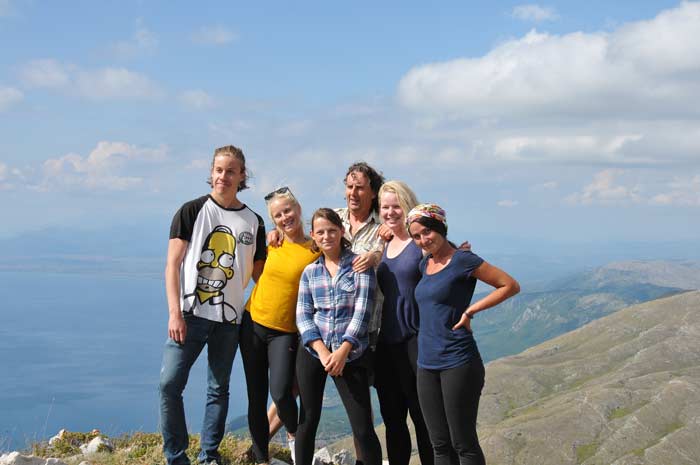 and a group photo after reaching the first of two peak points. At the parking we had stumbled upon this international group of Polish, Danes and Germans, who spent a holiday camp at Lake Ohrid. 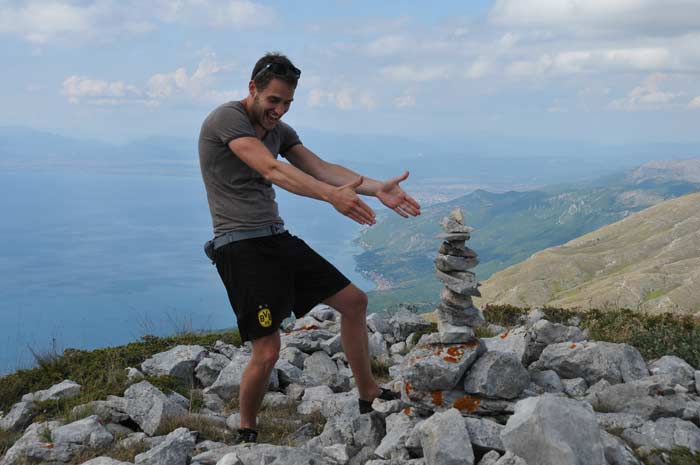 What joy about his own work. Lennart was clear the man with the best condition. So he ran ahead and created this work of art, made of stone. 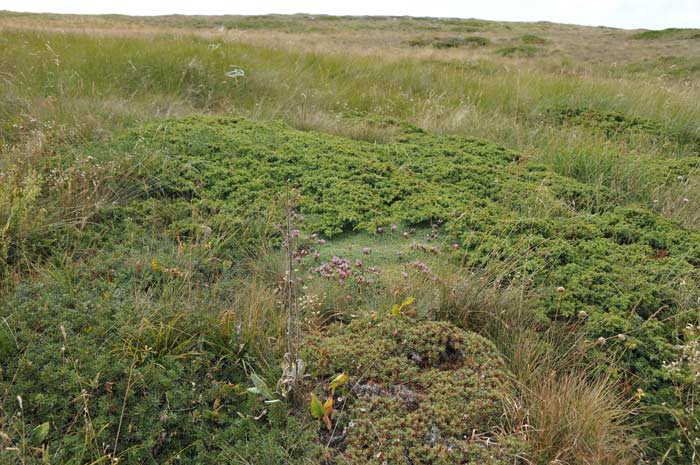 Despite meager living conditions, what a variety of plants. 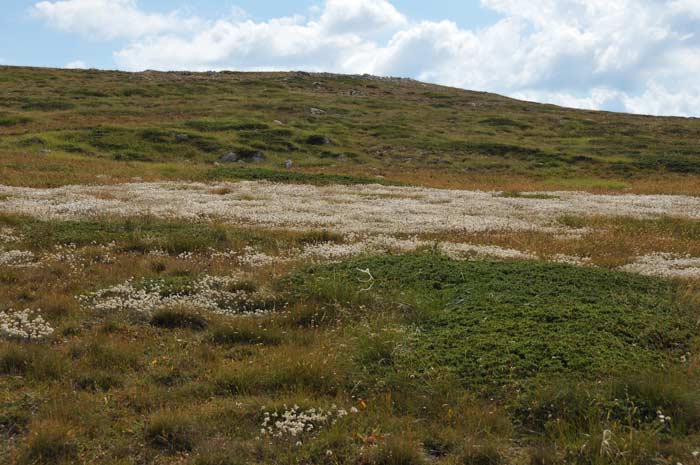 Magnificent flowers at the peak of Magaro. 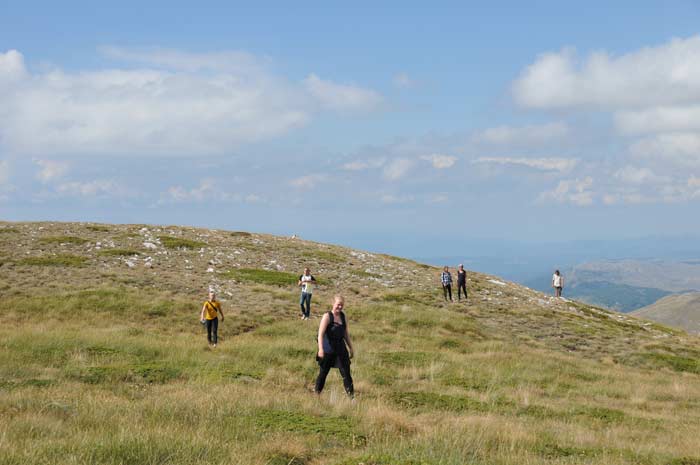 Almost the peak is reached. Great joy that makes the steps easier again. 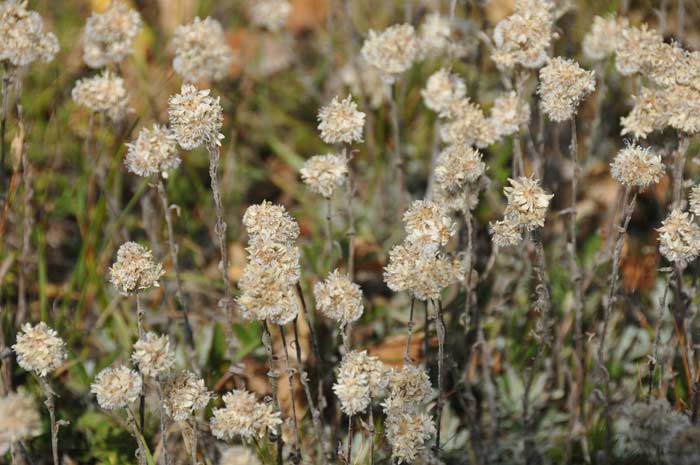 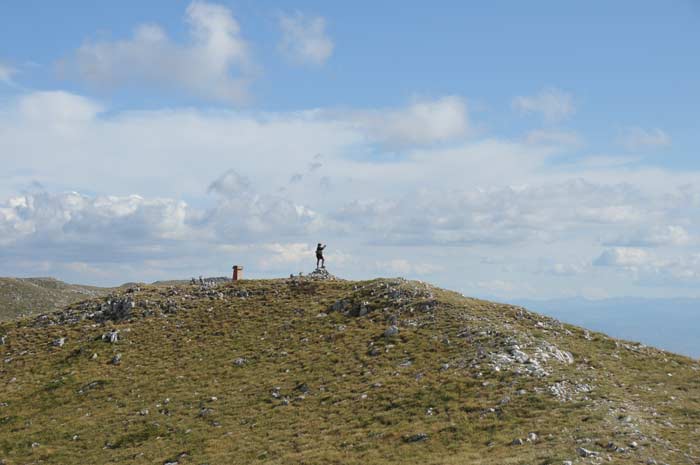 Now Sven was the fastest ..... a trailblazer in pose, or a monument? 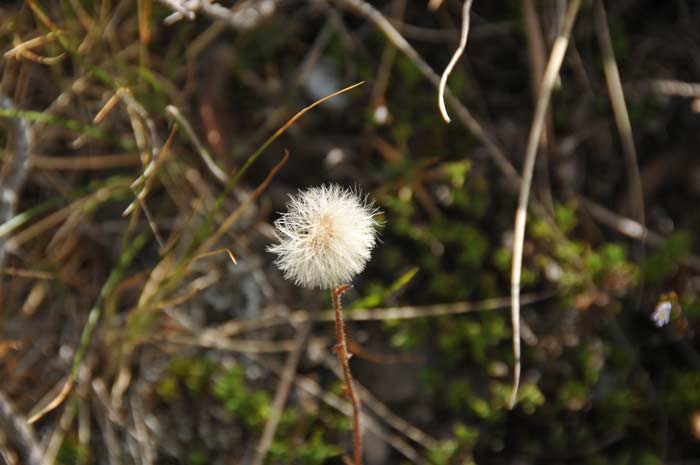 But quickly get back to nature: In detail is the magnificence. 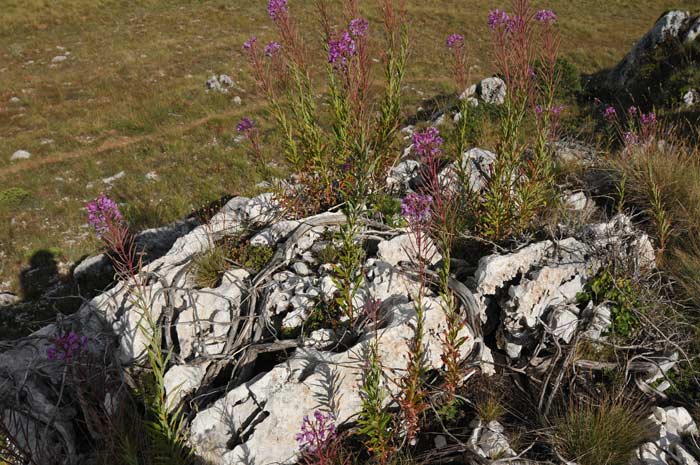 A natural plant-stone ensemble, even a florist cannot do better. 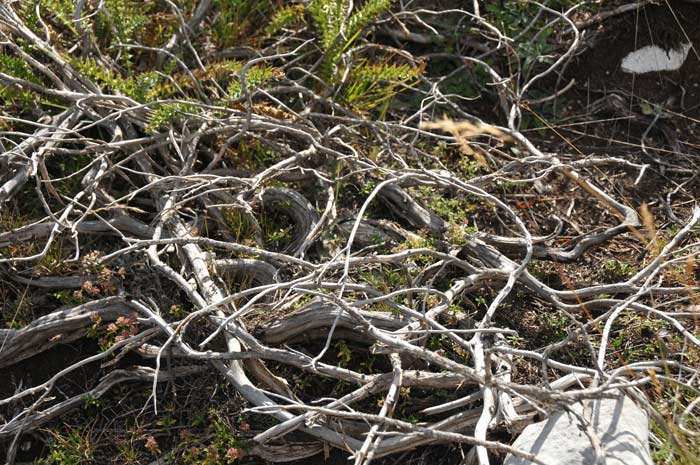 Art in nature or natural art - a network of roots.

Directions for hiking in Galicica Mountains