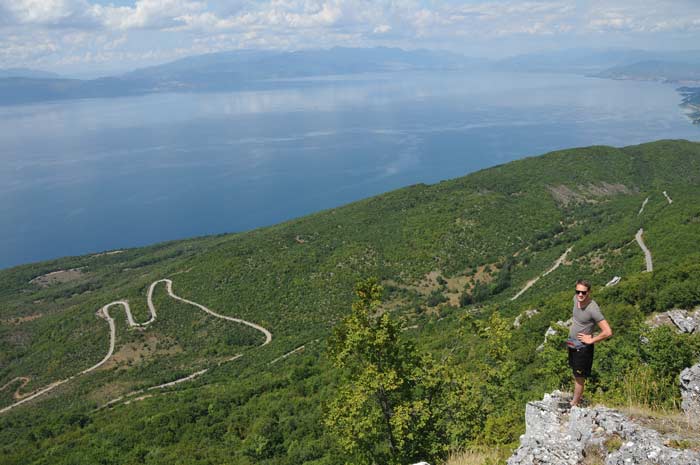 The Galičica Mountains rises in southwestern Macedonia between the Ohrid and Prespa lakes. The highest elevation, the Magaro is 2.255 meters high. 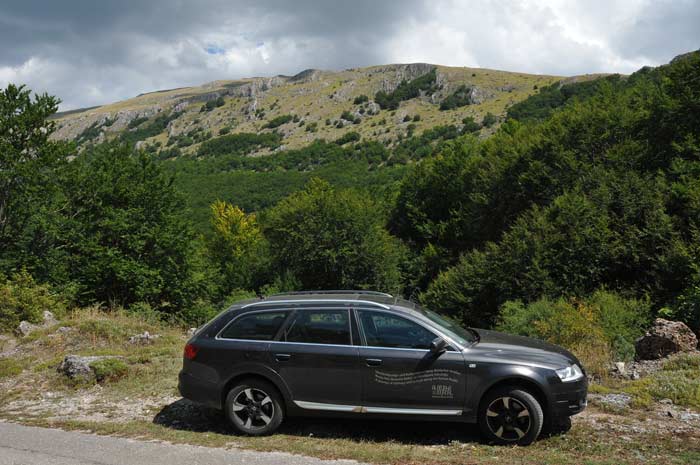 The in the middle layers densely forested mountains are a Macedonian National Park which is under protection since 1958. 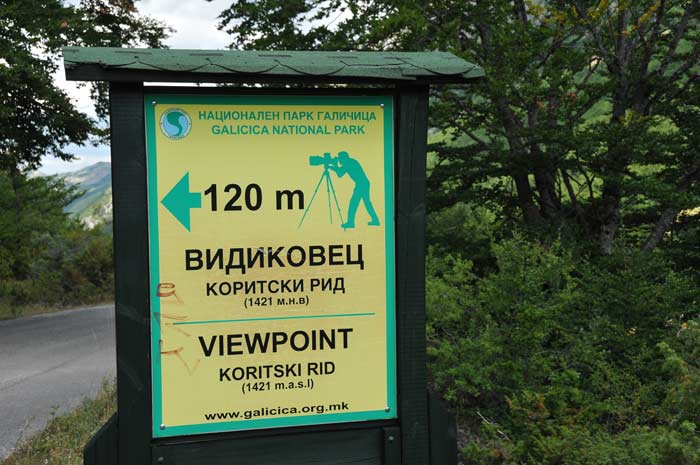 At about 1,420 meters above sea level, we came across this clearly labeled view point, which allows a wonderful view over the entire Lake Ohrid. 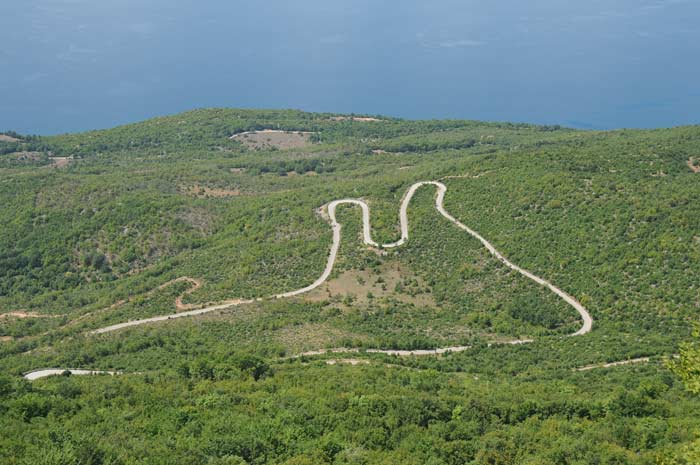 After traveling to the take-off of the paragliders we had continued our directions to the starting point of the planned hiking tour to the summit of Magaro. 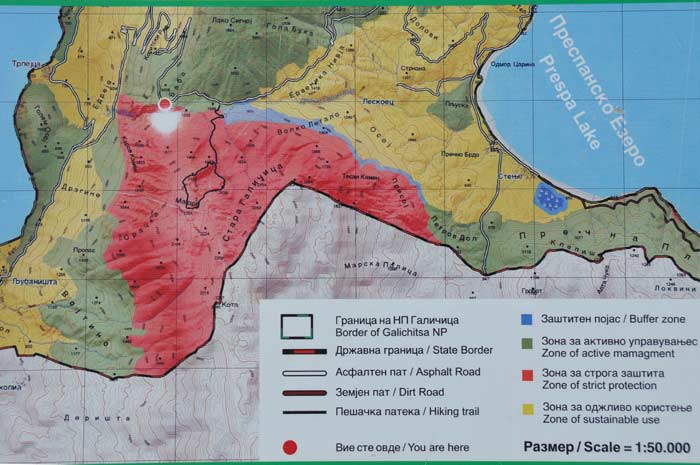 We also met with couple of large display boards, which offered both, cards and exact route descriptions for possible hiking tours. Later being used by us, hiking on Magaro offers surrounding peaks as well presented postcard views. 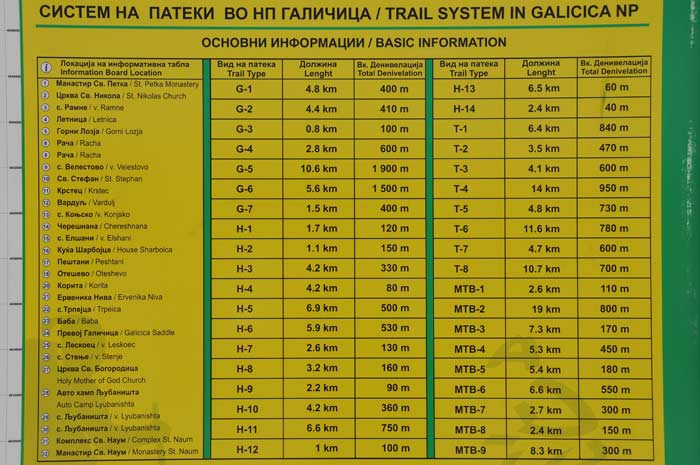 The Galičica National Park is traversed by many walking routes that differentiate according to levels of difficulty in terms of height differences and the length of the walks. Also specially marked routes for mountain bikers are signposted. 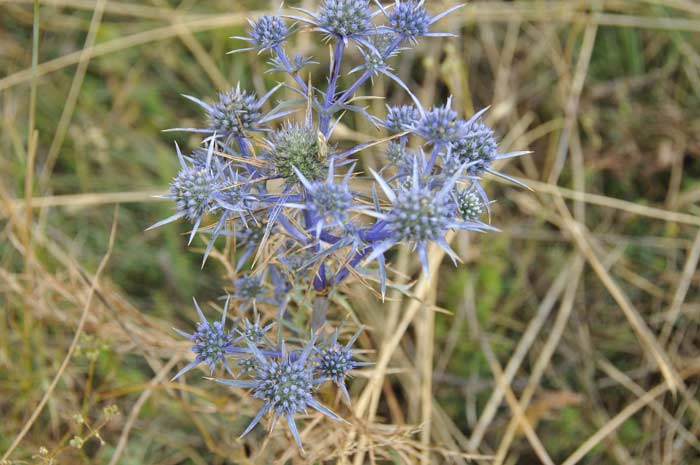 One look at the vegetation next to the parking lot at the thoroughfare, which connects Lake Ohrid with Prespa. 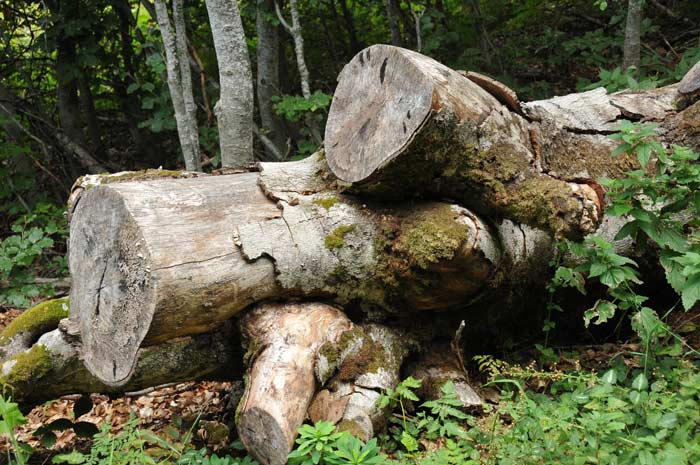 Density deciduous forests at over 1,600 meters above sea level, which predominantly consist of beech trees. The picture shows a giant fallen tree, which formed the entrance to the mountain trail. 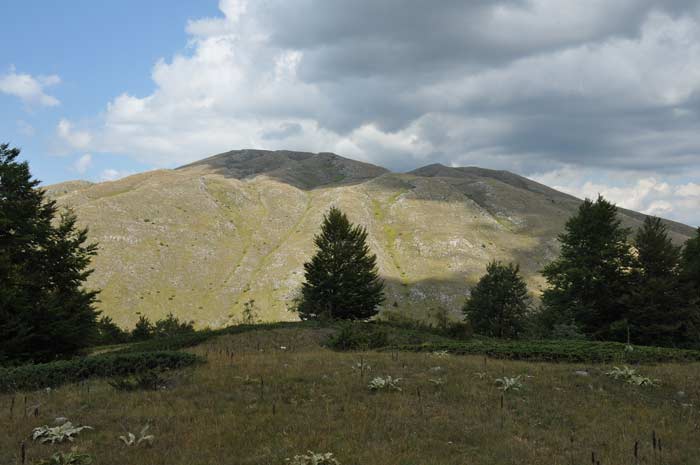 Up there it should go. Thus it was necessary to climb about 650 meters of altitude, which should show later as quite exhausting, because it was steadily climbing with any flat places. 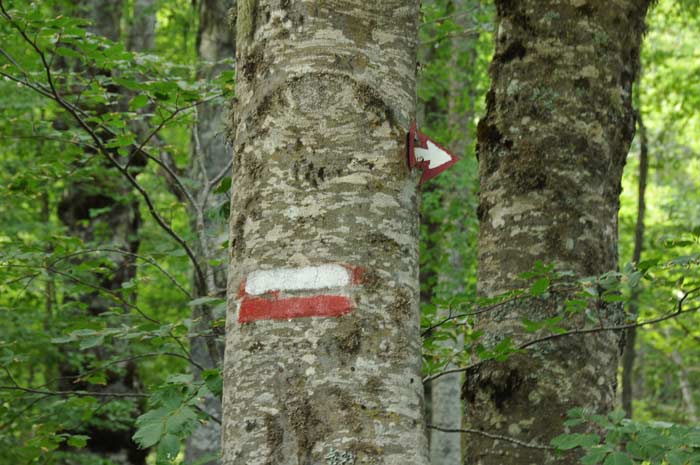 Again, very well marked paths. First part of the path was leading through shadow spending trees. From the first step it was necessary to gain height. 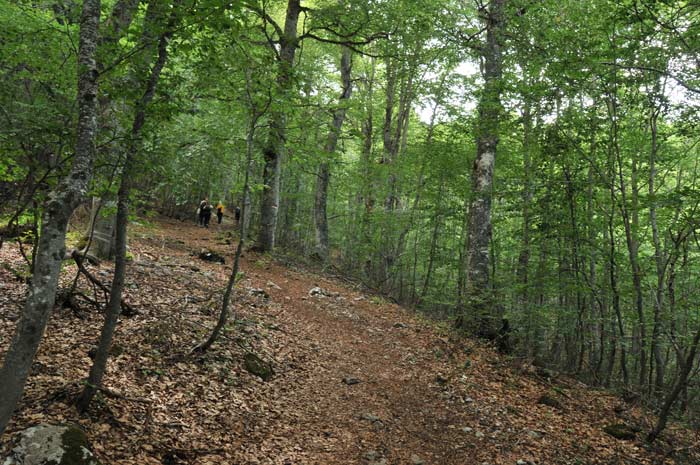 A group of international, youthful hikers, we should get to know them later, was traveling in the dense beech forest in front of us. 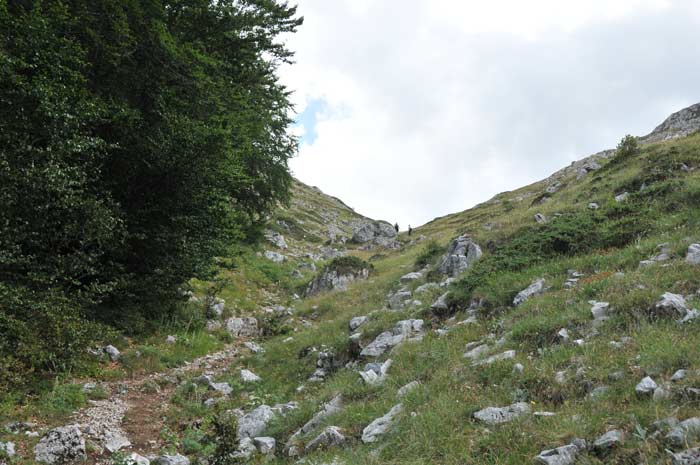 Here a first steep section after leaving the forest, which is not necessarily reflected in the image. But the steady rise made itself noticeable, while it should be only 3.8 kilometers to the summit. After a short rest we continued the way.