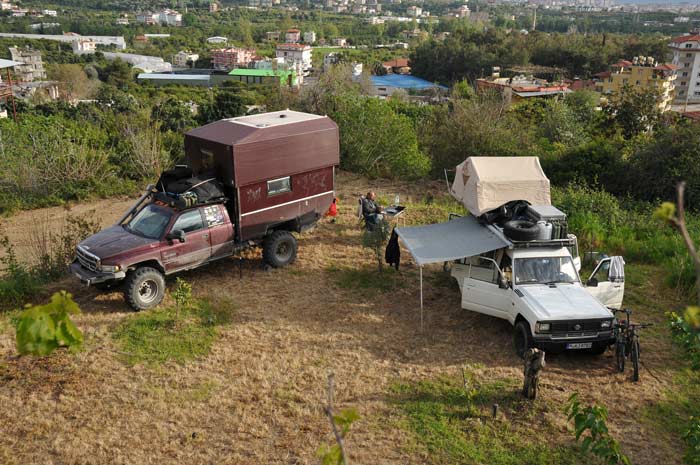 Meanwhile, other camper guests, some of our dear readers already know, have arrived at our private space (don´t want to use Camper Stop so far) in Alanya: Sven and Martina from Switzerland with their Peppo, a self-built Dodge RAM 3500 camper. 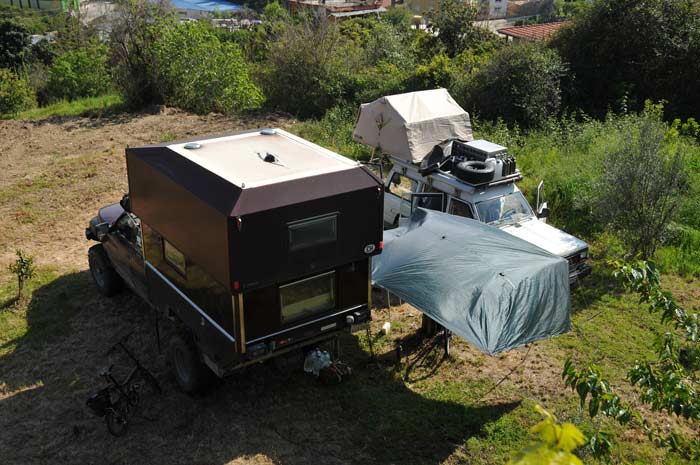 It did not take long and they had made themselves known with Katarina and Jacob, who are our guests now since a few days before they will continue traveling to Iran. Not just  comparable targets with Martina and Sven meant that even their vehicles came little closer to each other. 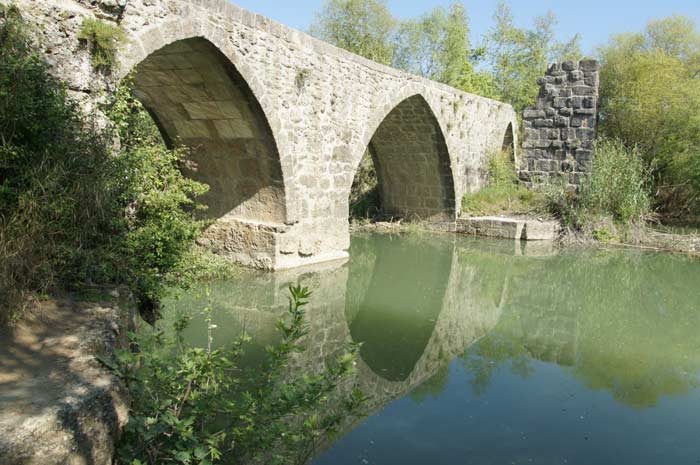 During having breakfast we had decided to go to the Oymapinar dam, at least to pay a short visit to our hiking friend Ömer. Shortly later we had a first short stop at the bridge or aqueduct construction of the ancient water system that once supplied Side at Roman times. 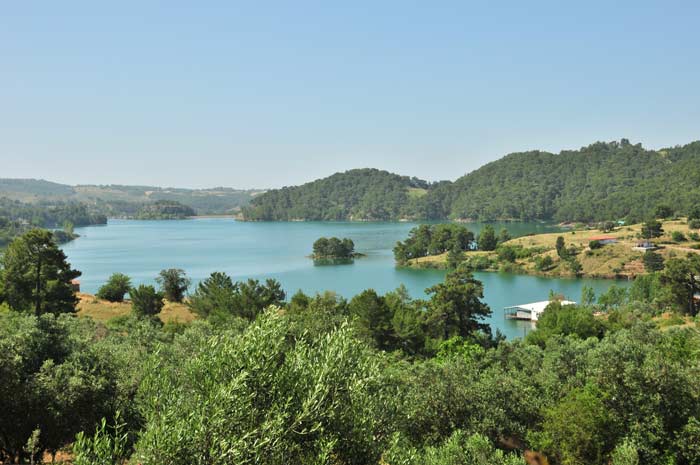 After tea and the exchange of some current topics, which included the establishment of a camper stop at Adventure Park (the image of the view from the Adventure Park), we continued towards the dam of the upper reservoir of Oymapinar with its really impressive dam construction. 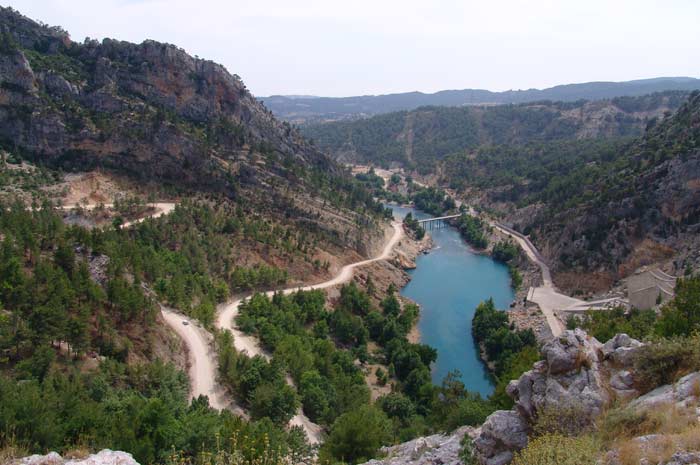 Before reaching the tunnel, which leads to the road along the upper reservoir, a look back into the valley of the Manavgat river between the two reservoirs. 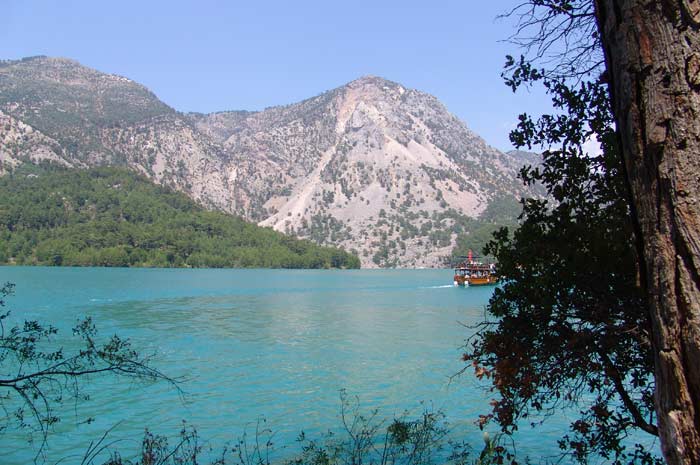 Significantly we were still feeling the effects of the recent rains which had led to effect the street, better dirt road, now heavily leached. An all-terrain vehicle was entirely appropriate. Here's a first look at the upper reservoir. 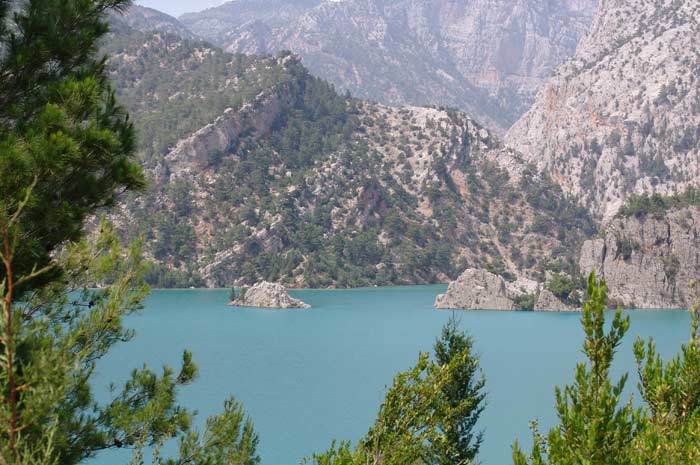 We had already done a canoe trip into the opposite canyon with Ömer and some other friends in the past year. Almost to the origin of the lake, the Manavgat River, it goes into the canyon for couple of kilometers. 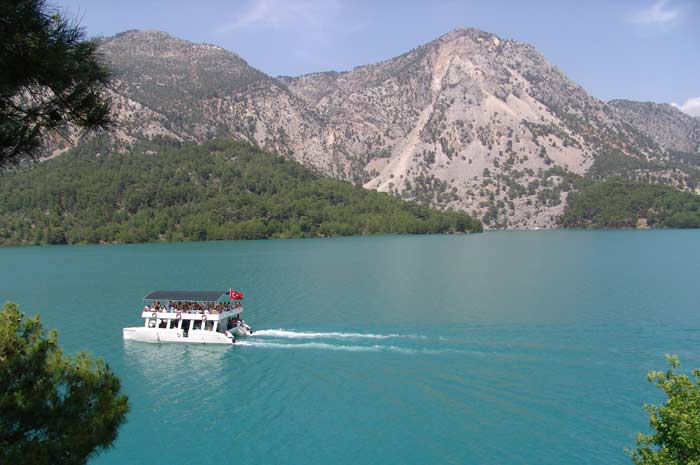 The fascinating views of the reservoir, however, compensated "the pain" from the bumpy road, so we spontaneously decided during the return trip, not to drive back towards Manavgat  but to cross the mountain range towards Akseki through the highest part of the Taurus Mountain surrounding the upper reservoir. 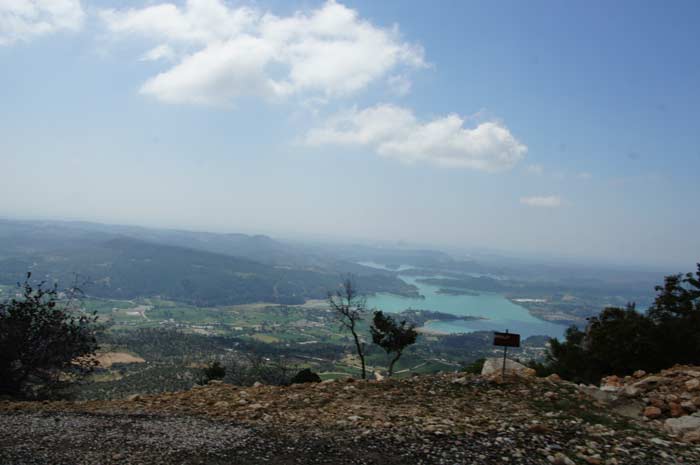 The dirt road steadily went uphill narrow switchbacks from time to time, however, almost exclusively on dust slopes, some of which were still strongly leached and twisty narrow. At about 720 meters we reached the ridge, where a beautiful view opened to us of the lower reservoir. 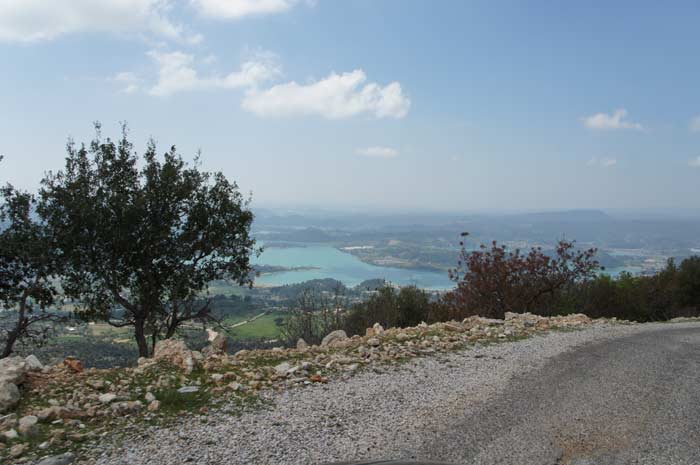 From up here, it became clear how big the size of the lower reservoir actually is, propagating between the villages and the cultivated areas of the farming structures of the landscape. 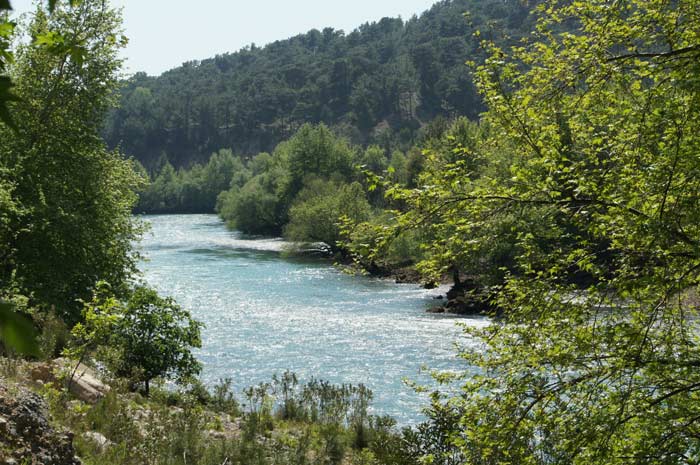 Our route then took us back to the Manavgat river and since we felt hungry a little, we stopped at a small restaurant for homemade Gözleme, a kind of pancake filled with potato  and cheese. 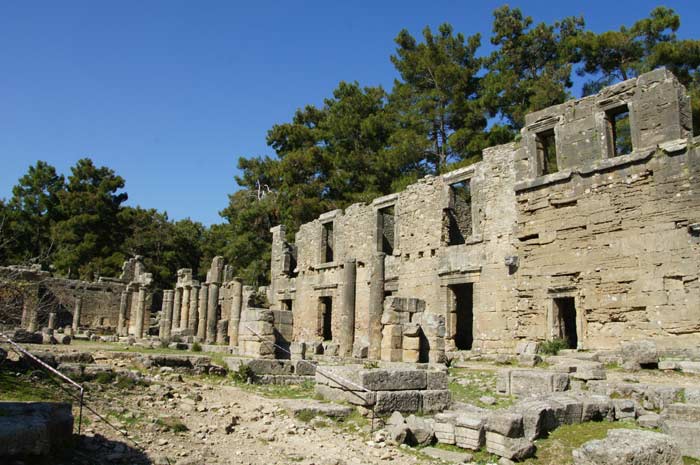 At the end of today's tour we decided to stop at the ancient-Greek or Hellenistic city of Lyrbe which is often referred to with Seleucia. Years ago, with dense trees barely visible, the tour today was another highlight because of the excellent condition of the ruins for anyone interested in history.