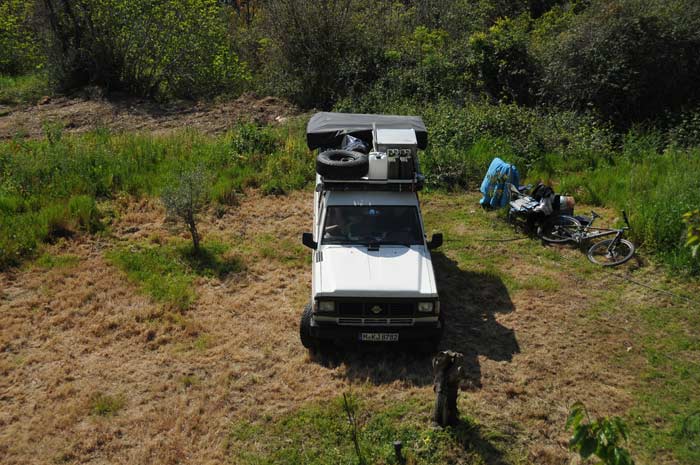 We learned to know and to appreciate Katharina and Jacob during our field trip in Greece, both are mountain bike enthusiasts and otherwise the chemistry fits too.

They live in Munich and are on a trip through Asia with a camper next destination is Iran, so it was obvious, to create a meeting on our private Camper stop in Alanya. 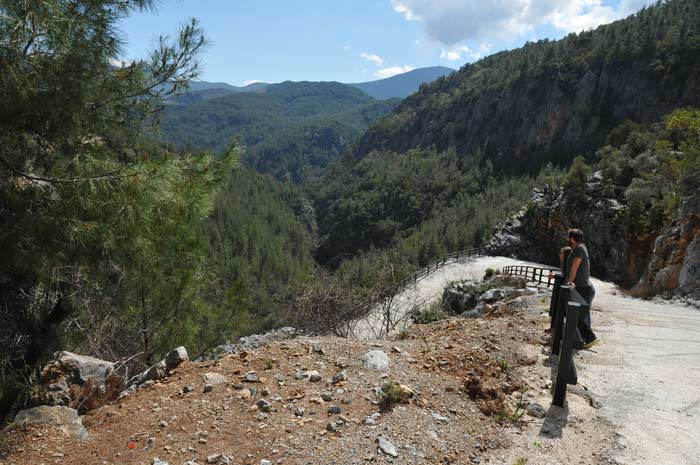 Especially Jacob was interested in exploring the surrounding areas, because later on enjoying a mountain bike tour into the Taurus. So we passed to the Stadium of Alanya towards Üzümlü and Öteköy towards Taşbaşı until the end of the Dimcay valley. 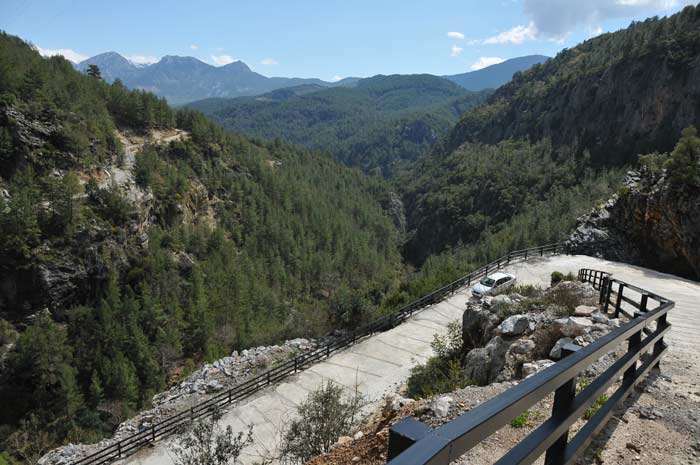 First, using a small winding asphalt road and between 400 and 800 meters above the Dimcay dam following the mountain with magnificent views on the lake, then partly unpaved road through forests ever deeper into the Taurus. 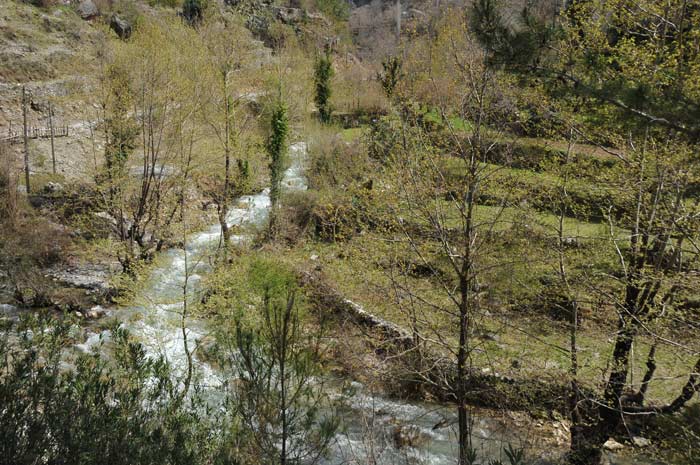 We then follow the course of Dimcay which here normally is a small creek, but at this time of the year, it carried lots of water due to the melting snow and the heavy rains of recent days. 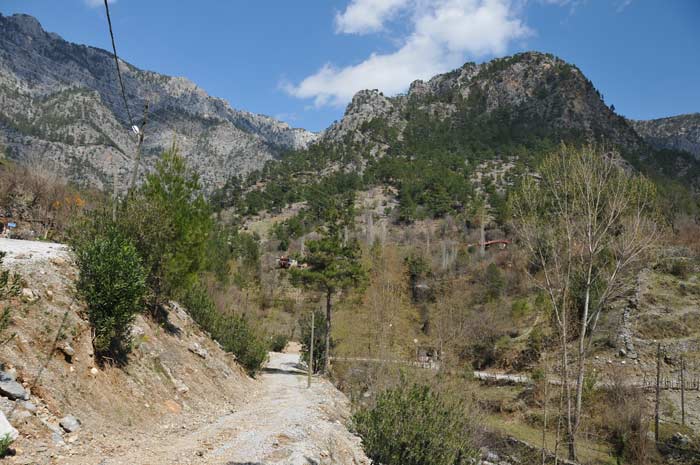 It was looking impossible to continue after Alacami already too steep rock walls, which are built up in front of us. 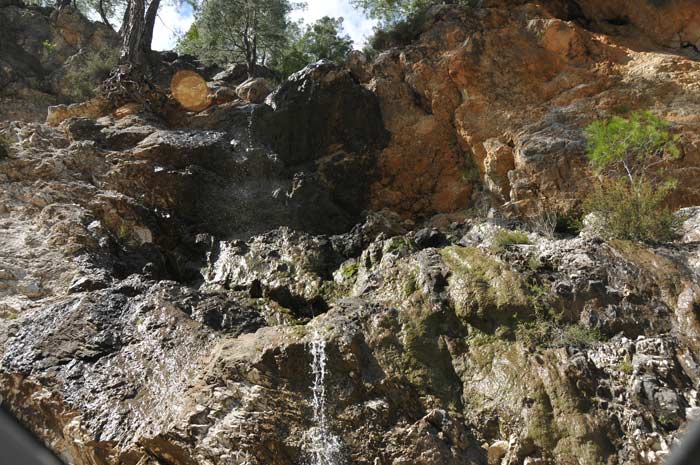 Up here, the street was then paved again, however, partially equipped with violent curves and grades, so that you had to drive very carefully on the narrow road. Next to the street sometimes small waterfalls, which were caused by the melting snow making the road slippery. 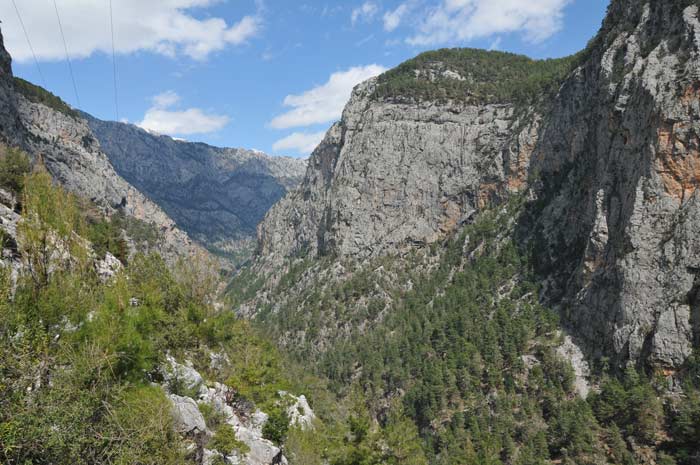 A glance at the narrow valley leading to Alacati. 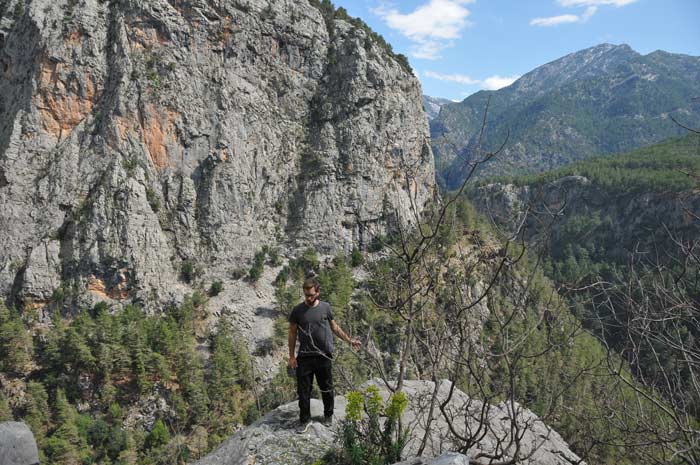 Jacob enjoys the view and certainly has a route in his mind already, to be done with mountainbike on the next day. 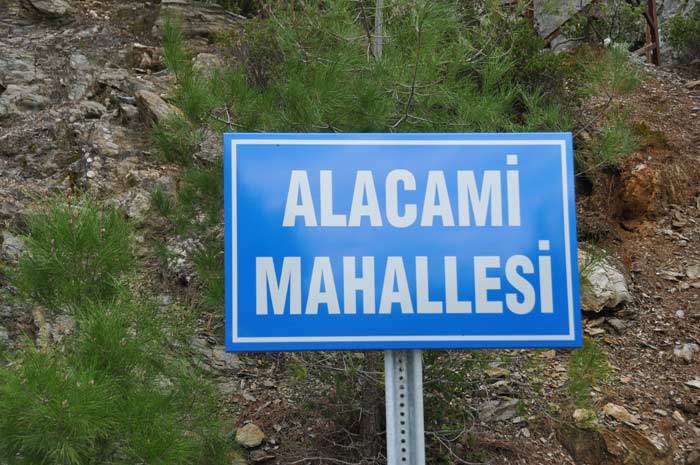 Well, Mahallesi is perhaps not the right term for the road that leads us into the center of Alacami. A dead end, because in the end just impassable forest paths were waiting, which are not suitable even for the Allroad Quattro. 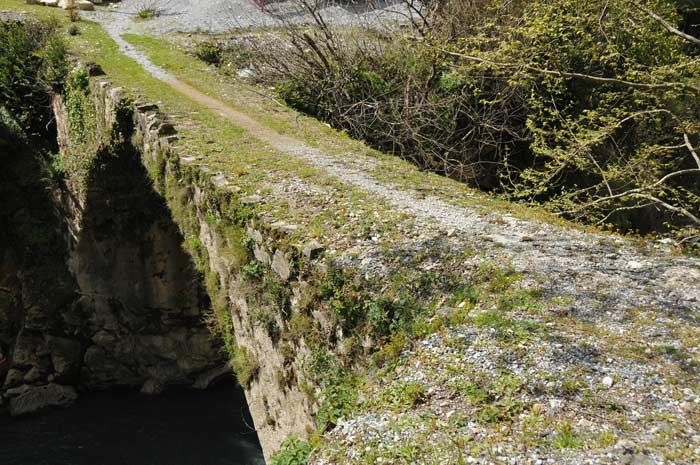 So we turned and return to Dimcay where we arrived at this ancient stone bridge later. Situated on the shores of Dimcay there is one of the most famous trout restaurants right here, which was, due to the season, still closed. 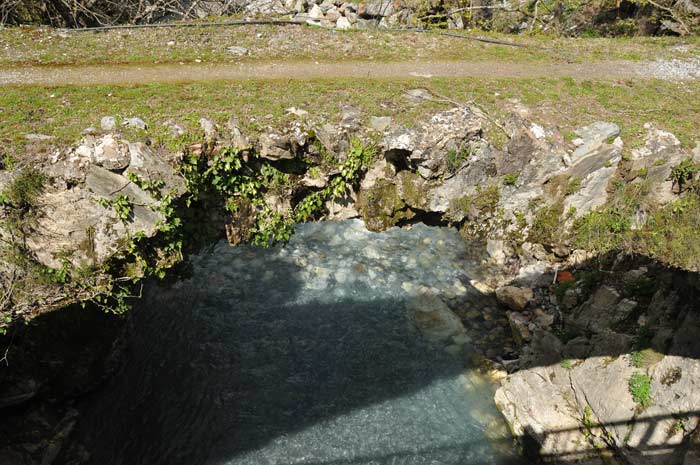 The arch bridge is indeed only one lane road, but still leaves a very solid impression. What origin it was, we could not find out. However, the arch structure refers to Roman or Byzantine origin. Seljuks and Ottomans rather built segmental arch bridges, whose segments were ending in a top in the middle, not circular (see Bridge at Aspendos or the Manavgat River). 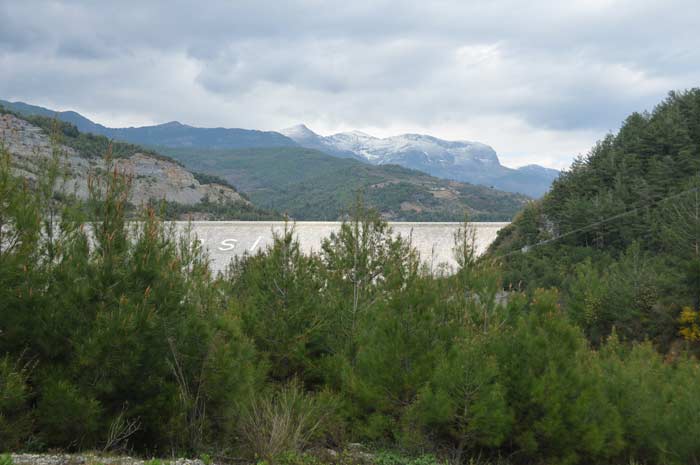 Just above the dam we had paused at a street restaurant and eaten Gözleme before we went to the other side of the river in front of the dam. Here at the Dimcay you will find couple of fish restaurants prepared already to mass tourism. After an extensive day trip we arrived back to our home.

If you once are interested doing tour like that or meeting with us, please contact via This email address is being protected from spambots. You need JavaScript enabled to view it.

Rare samples on the Caravan Show in Oldenburg