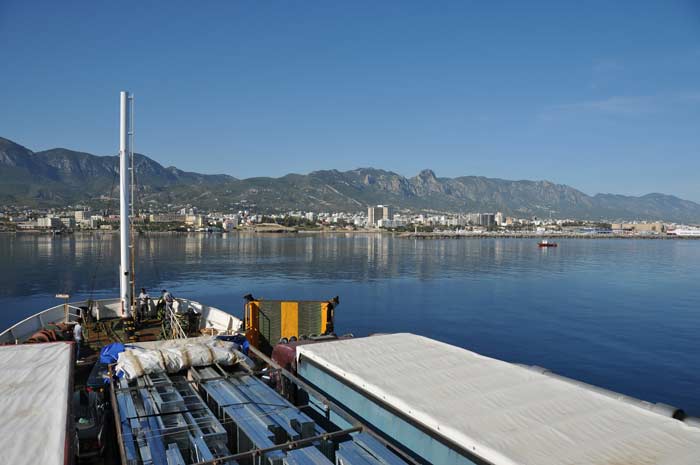 We had learned Houssem Belloum by a friend during the tourism fair EMITT in Istanbul and since then contacted each other now and then by mail.

After some time it ended in an invitation to Northern Cyprus, that we wanted to "experience" by ferry from Tasucu to Girne. 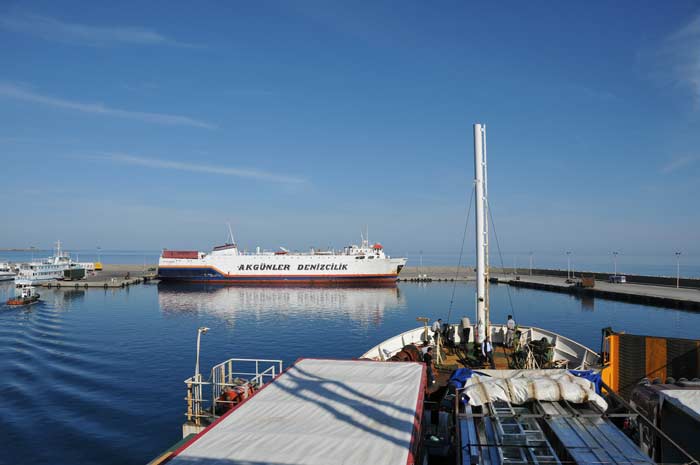 Coming from Alanya, the coastal road leads through Anamur about 278 kilometer till Tasucu, a car ferry of older provenience was waiting for us. After the formalities (this is explained by  a separate report), we arrived in the port of Girne (without problems) in the early morning. 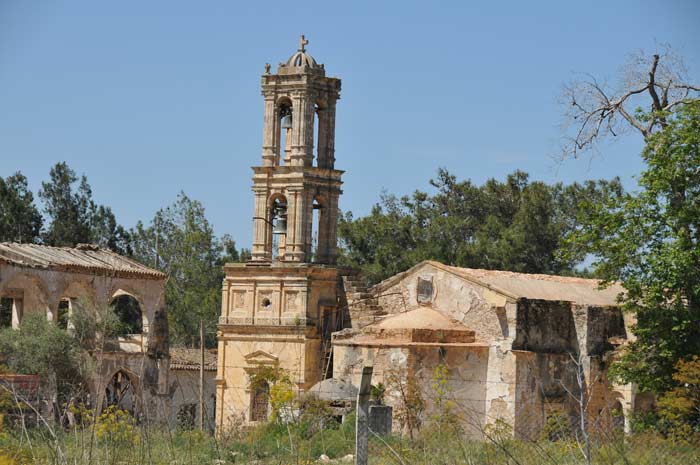 As a meeting point, we had agreed at the church in Kormacit / Korucam, a small, agricultural town about 45 kilometers outside of Girne, so that we could get used to driving on the left a little due to the regulations on the island. On the way we came across the renovation project of Agios Panteleimon Monastery, which is supported in addition to many other projects by the EU. 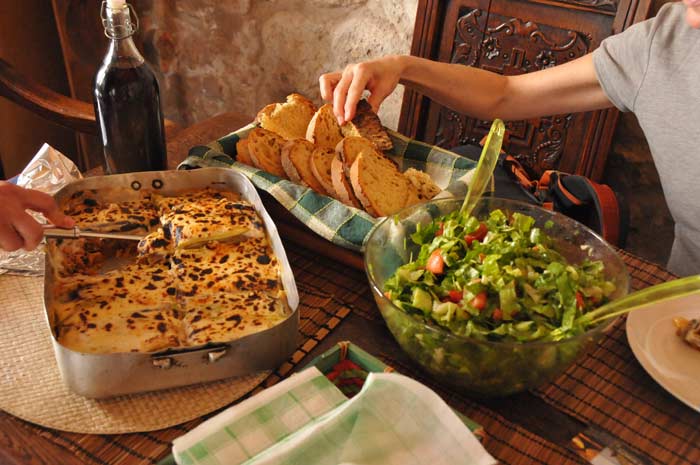 After a short telephone conversation with Houssem, we arrived in Kormacit in time for dinner. Homemade Moussaka was on the menu and how lovely not to see only .... simply delicious. 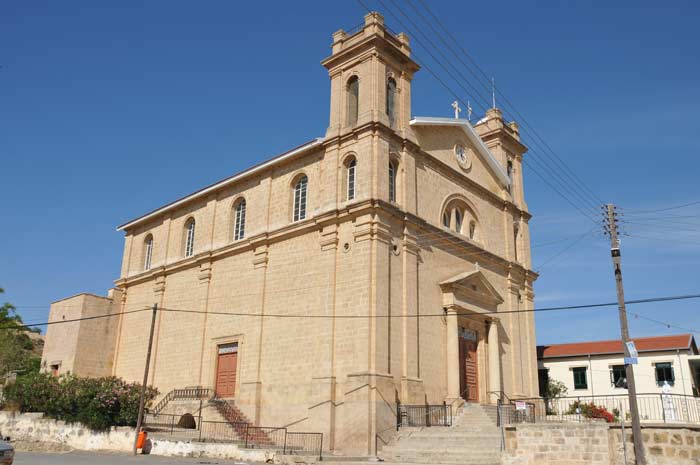 Pictured here is the church of Kormacit that surprised us later with a special multi-lingual service to watch, based on an extra invitation of Houssem. Due to the visit of a high dignitary from Rome, by means of a grant, locals could start with the renovation of the church. 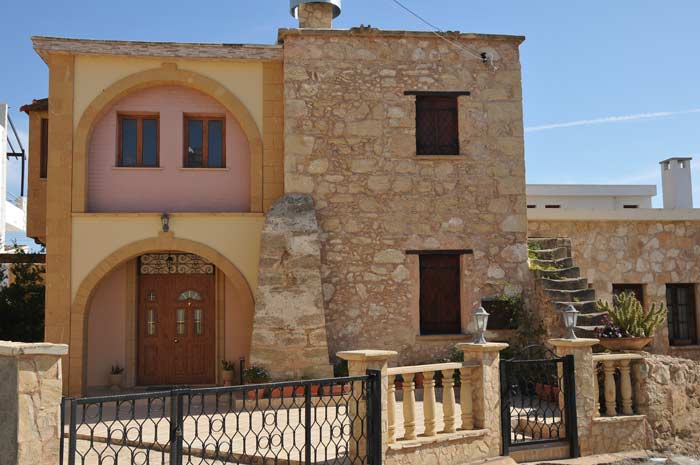 A typical detail for couple of Kormacit houses, which contains very old architectural structures such as the external stone staircase and modern elements next to each other, which suggests an interesting history of each resident. 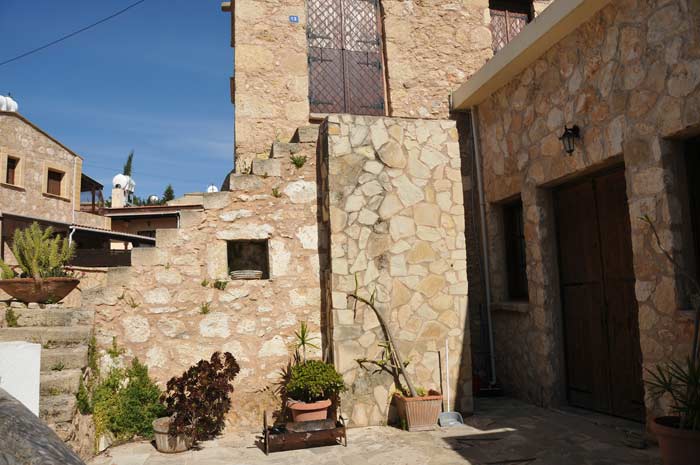 Picturesque up the first floor, the outside staircase made of natural stone and equipped with stone blocks, .... and no railing. 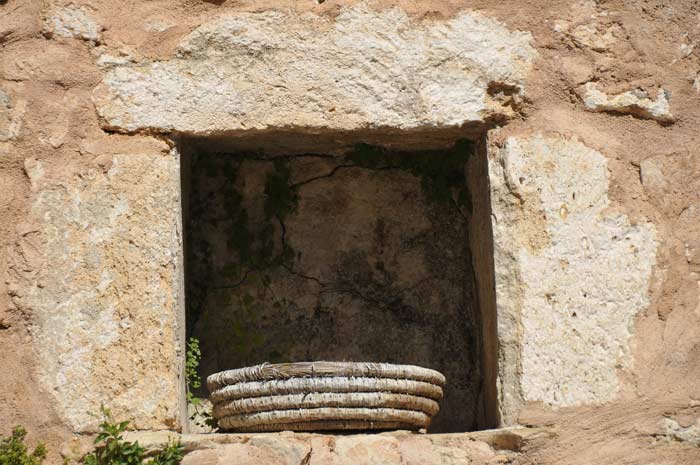 One of many loving details introduced into the design of the house, which sometimes offers more information about the inhabitants then you can get within a long conversation. 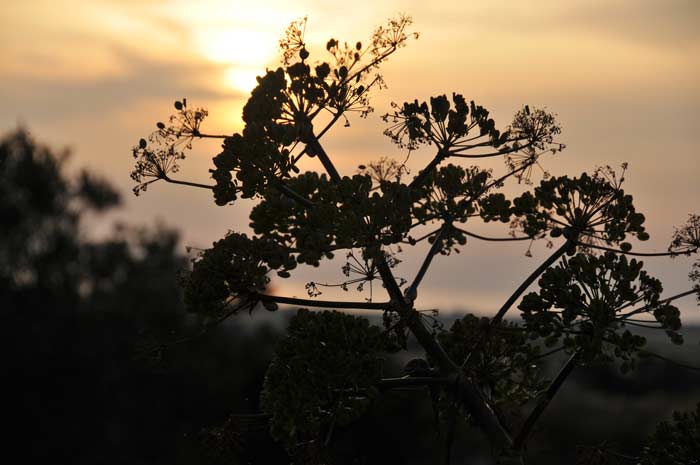 After initial discussions and information on the planned expiry of the various visiting points we used the remaining time to explore the area even under the setting sun. 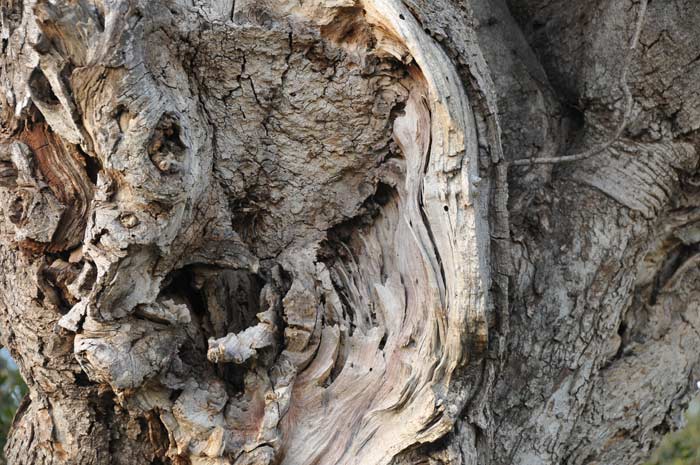 This natural work of art we found outside the town.