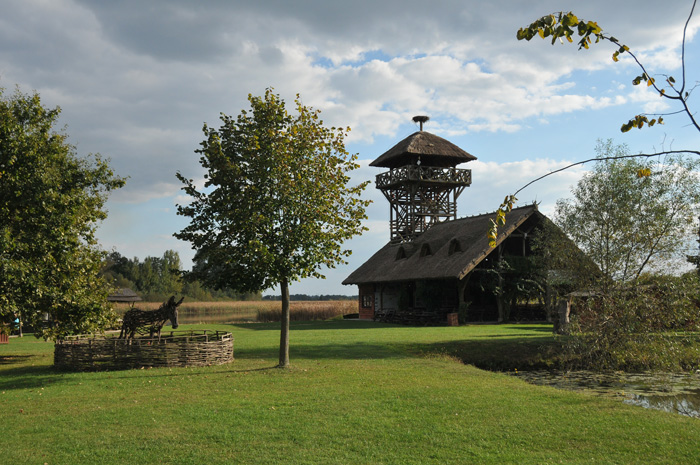 The Zasavica bog is a marshy lowland in the floodplain of the Sava river. It is a typical elongated oxbow. The fossilized, parallel bed of the Sava is so elongated that it actually stretches almost to the Drina river. 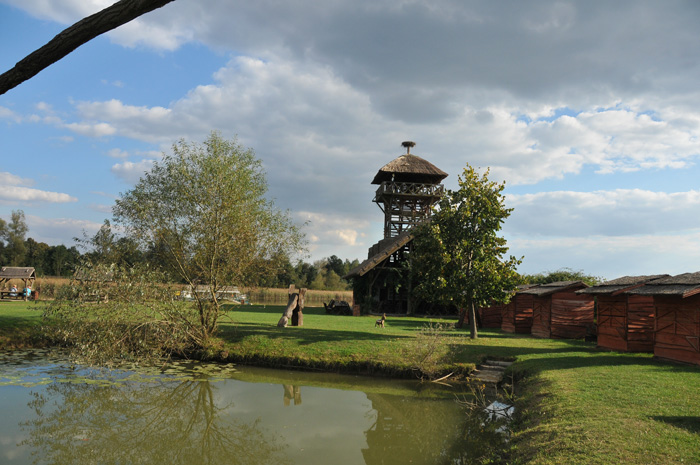 In time, Zasavica river was formed from the subterranean waters from the Drina and from several streams, most notably, Duboka Jovača and Prekopac canal gravitationally, from the Cer mountain. 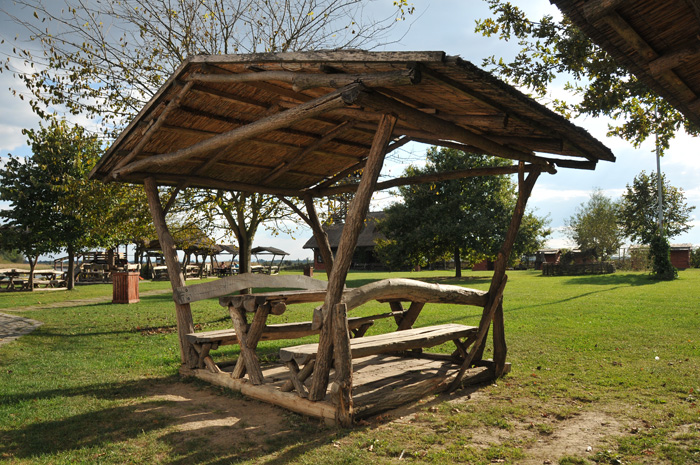 The final section connecting Zasavica and Sava has been channeled. The river slowly meanders into and through the bog, widening from 50 metres (55 yd) meters to almost 300 metres (330 yd). 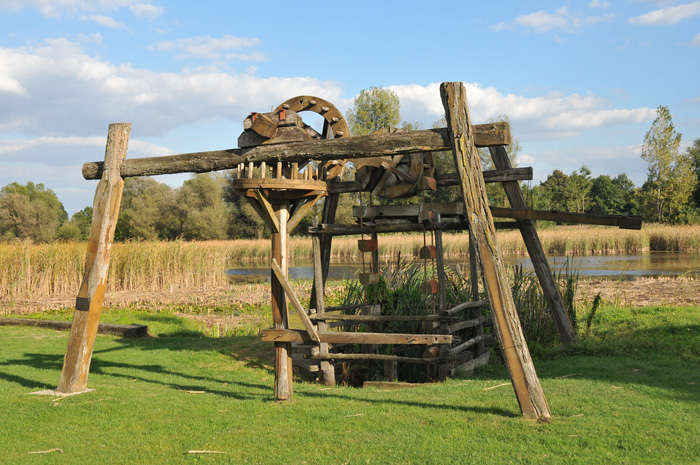 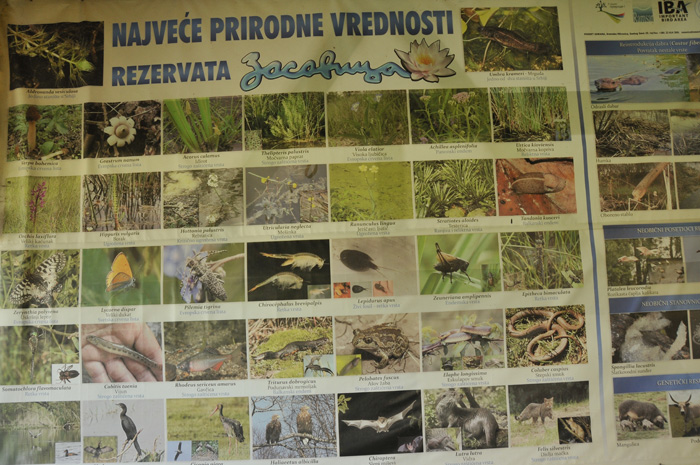 The marshland's altitude varies from 76 to 82 meters (250 to 270 ft). The entire biotype includes also the Batar stream and several other canal-tributaries to Zasavica, and consists of an ecological row of water and marsh systems with fragments of flooded meadows and forests. 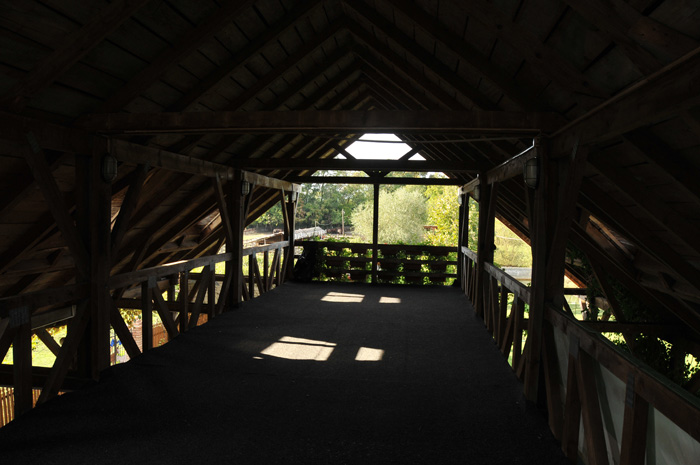 Through the rivers Sava and Danube, the Zasavica biotype belongs to the Black Sea drainage basin. 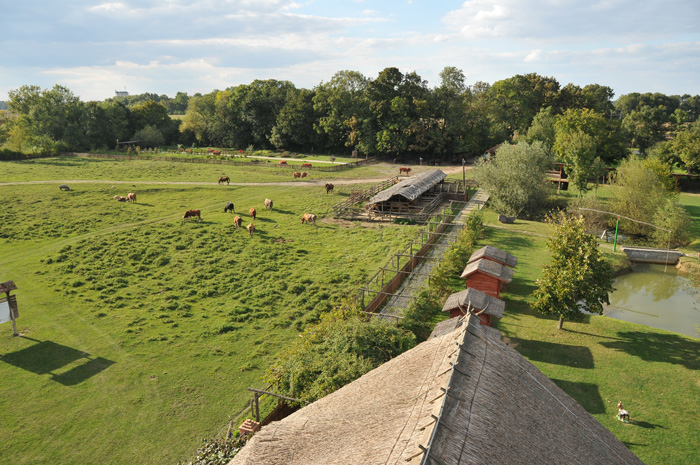 There are 185 species of birds in the reservation, of which 120 are resident birds. Because of such large number of birds, including rare ones like night heron and spotted crake, Zasavica is included in the list of IBA, important bird areas. 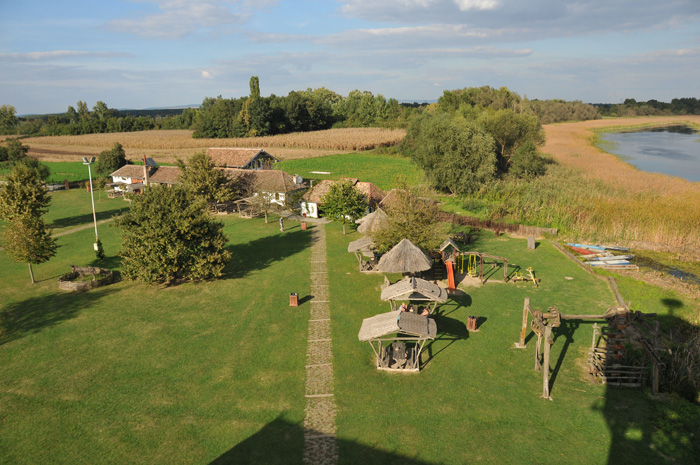 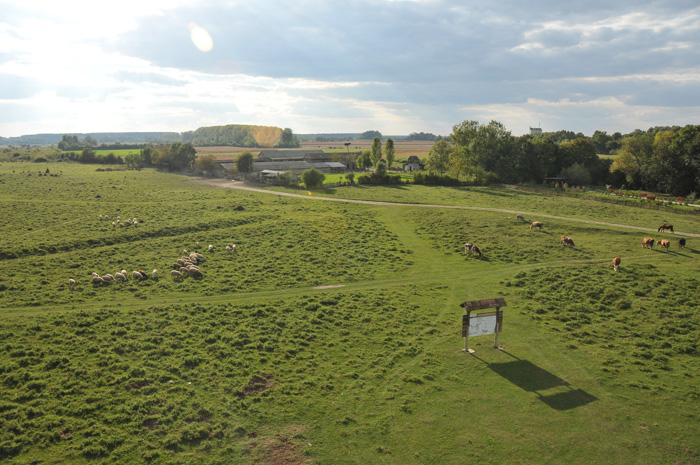 So far, 45 species of mammals are found in Zasavica. It is ideal for the water-bound species like Eurasian otter or wildcat, which are protected all over Europe. Otters were not spotted for years though. 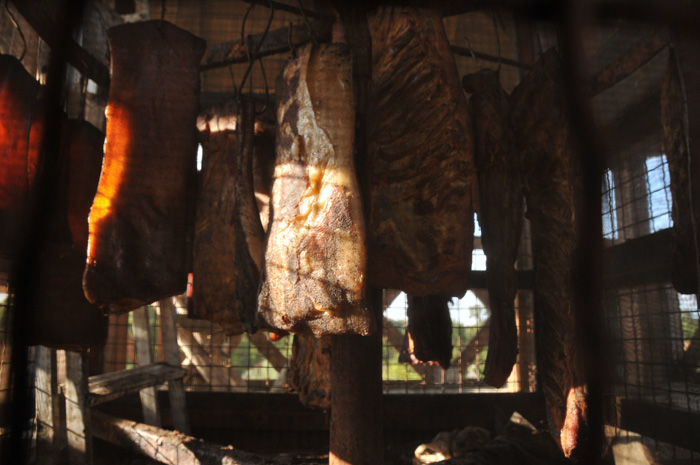 Recent but unconfirmed sightings of otters recently prompted the ecology organisations from Sremska Mitrovica to announce an award for those who capture otter on camera. Fur animals also live in Zasavica, most notably muskrat. Eurasian shrew, striped field mouse, fat dormouse and several species of bats are listed as rarities in Serbia. 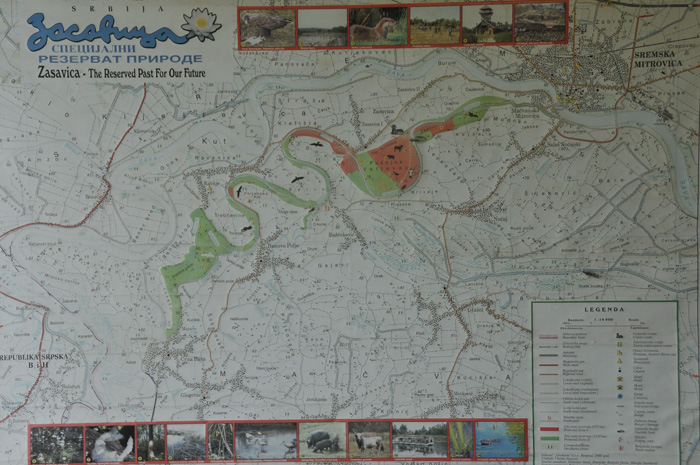 Mangulica is the only surviving autochthonous Serbian breed of domesticated pig. Other two, Šiška and Šumadinka died out. A breed, also known as "woolen pig", due to its good qualities, is considered a "noble", but it almost died out in the 1980s. 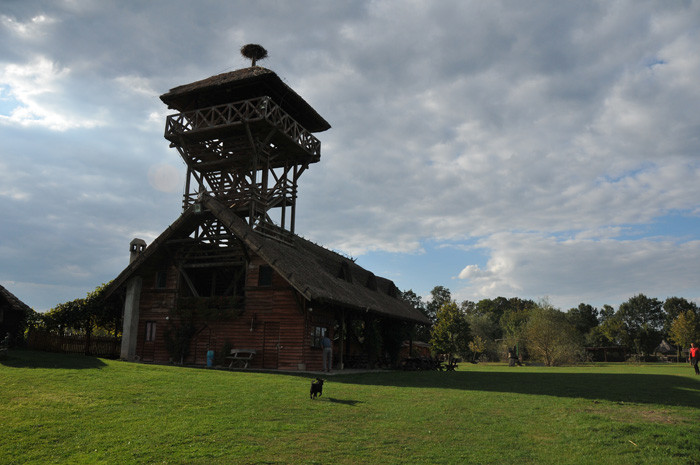 Its fat has up to 80% less cholesterol and triglycerides than a common, white pig. In 1998 Mangulica was introduced in Zasavica, but unlike Podolian cattle, they are left to roam free in the reservation, becoming feral since then. A cases of breeding with wild boar are known. 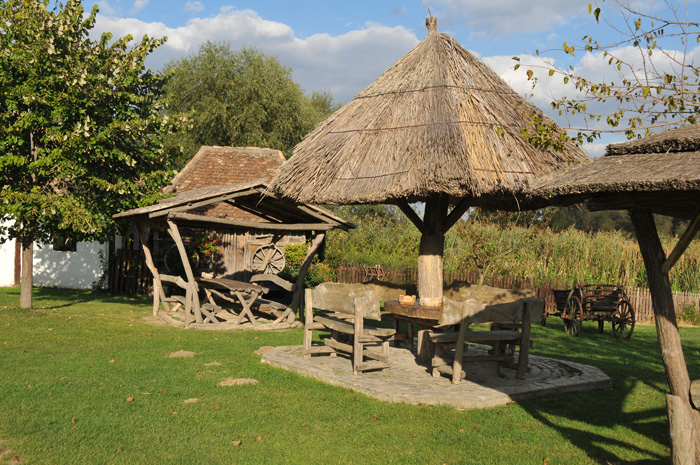 The main attraction in the reservation are the reintroduced beavers. Extinct in the early 1900s, four families with five members each, plus 11 single animals (31 in total) were reintroduced in 2004 with the help from the Bavarian Science Society. 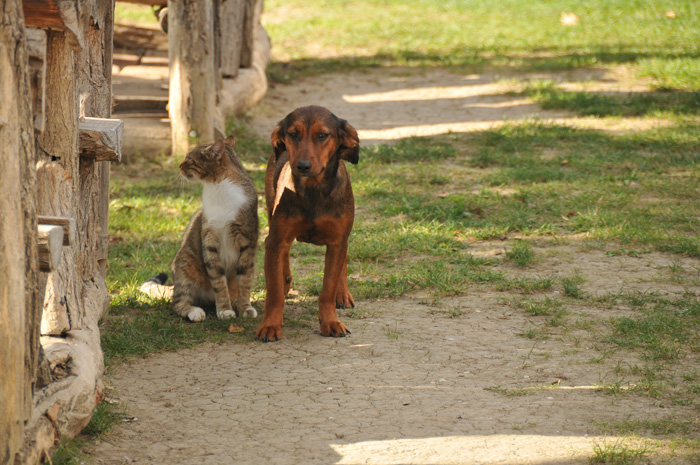 From Serbian side, project is conducted by the Biology Faculty of the Belgrade University. Each animal has a subdermal tracking microchip implant. Initial fears that the beavers will not adapt proved to be groundless as very soon first dam was spotted and the animals began to reproduce. 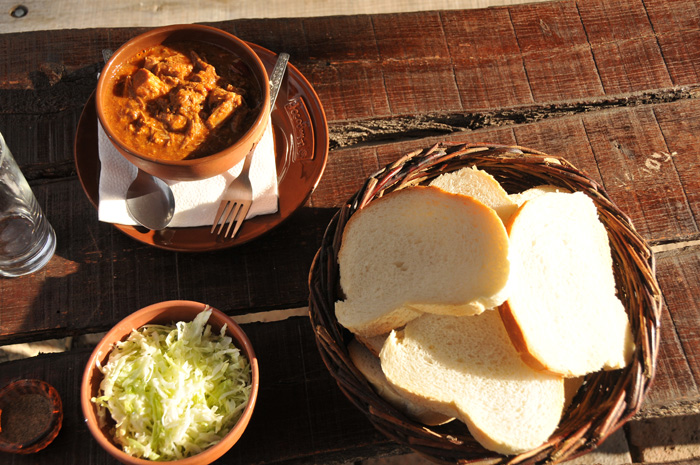 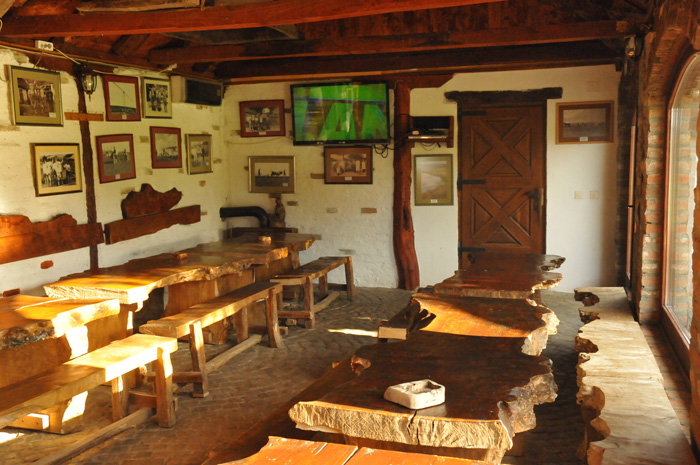 As the area surrounding the Zasavica is entirely agricultural, farmers don’t share the excitement of the biologists as they claim the beavers ruin their crops saying that was the original reason for their extinction a hundred years ago. 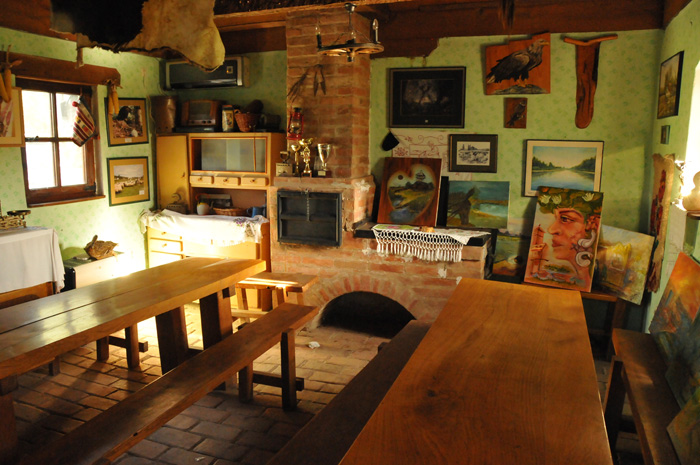 Arriving at the beach of Gythio in the evening