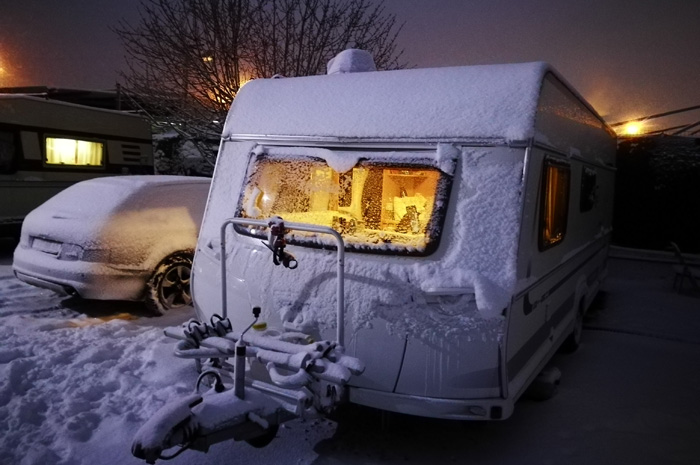 Probably no one, including Alexander and Toni Zampetas from camper stop in Perea, Thessalonica, had expected such a winter surprise as appeared in Thessalonica, no one was generally prepared to such minus temperatures. 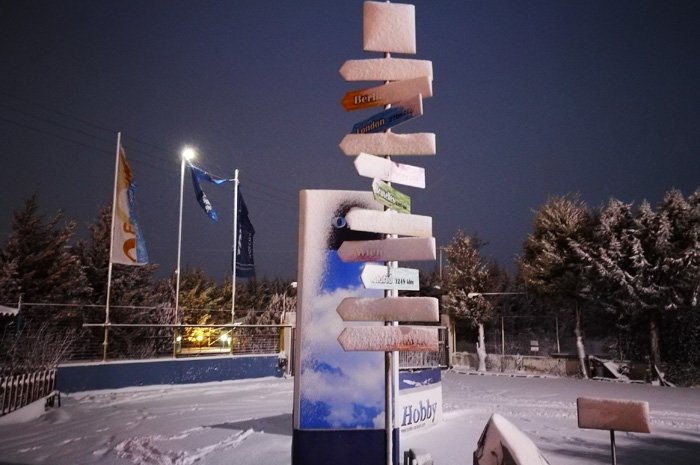 No wonder, that large parts of the city were without drinking water, simply because the water pipes are frozen. In the afternoon there were really chaotic conditions on the street, while the pictures in the evening were close again to be described as idyllic. 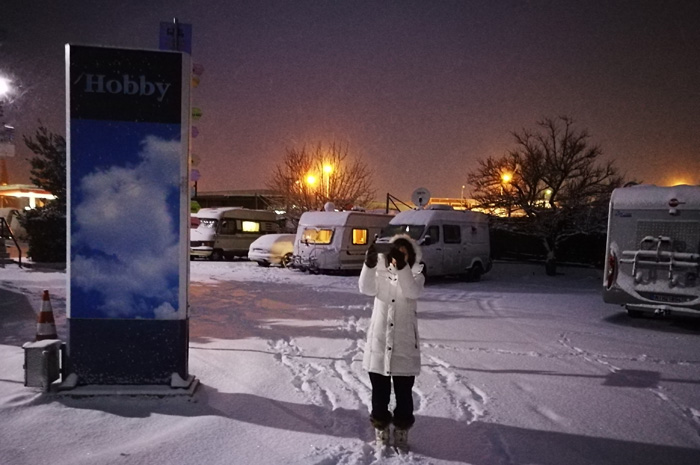 The gas station next door, otherwise responsible for countless car washing, which was however not possible with the temperatures, still had the business day of the year, due to the fact that passing car owners wanted snow chains, they were sold like sliced bread. Up to 30 vehicles were waiting for the snow chains to be fixed. 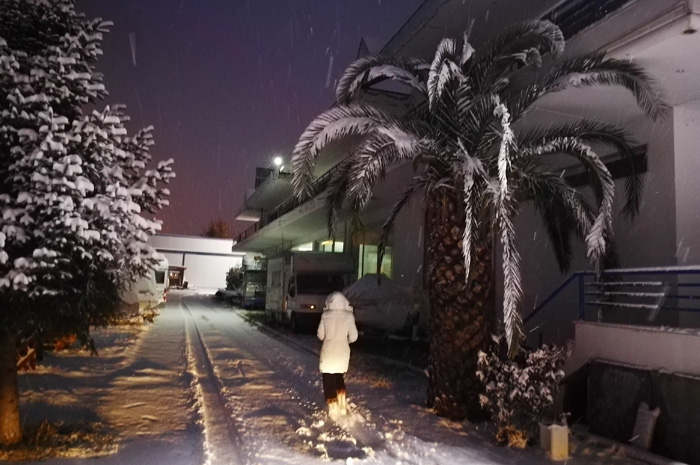 In the evening the snowstorm stopped, time for a small tour and some photos. Snow-capped palm trees are not so commonplace either. 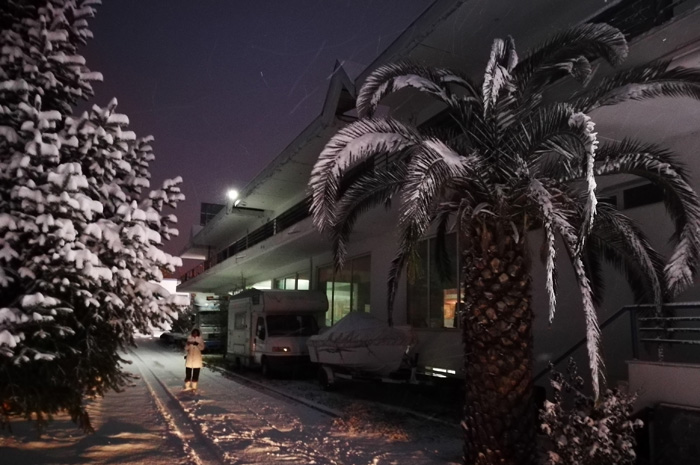 In addition to the snow covered trees,  the camping cars of various series as well covered in white. Two other guests were at the parking - a camper from Turkey and another camper van from France, whose inmates wanted to experience the Orthodox Christmas festival. 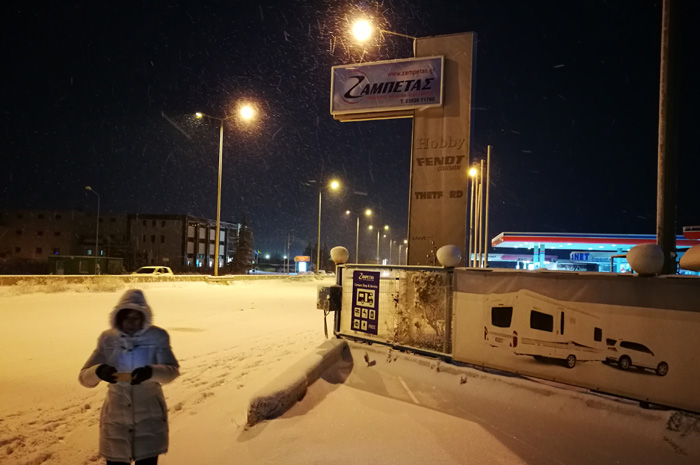 The main road in the direction of Thessalonica now almost empty, we had never experienced before, almost like a driving ban for environmental regulations. There was a thick snow covering on the street. 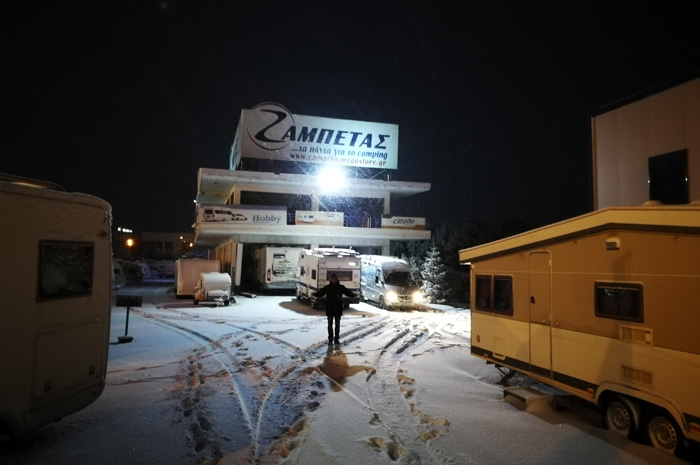 Alexander had not lost his good mood despite the weather, and snow chains were also mounted on his company vehicle. Toni changed to an old Opel of his father with the words: It is always running in every weather! Sure, here snow chains were fixed too.

Thessalonica at the times of the Byzantines