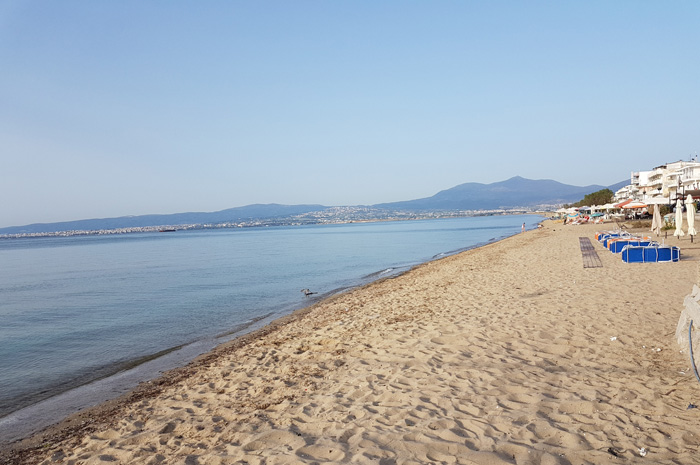 Bright blue skies and then the lost fight against our own laziness of self-cooking, had brought us again to the waterfront of Perea, where we started a small walk on the shore. 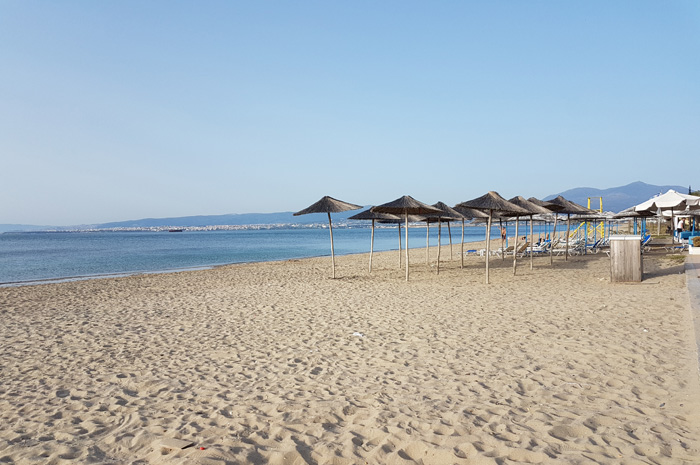 First beach cafes and restaurants also attracted the still relatively few tourists to the promenade, the local pedestrians were still bigger in their number. 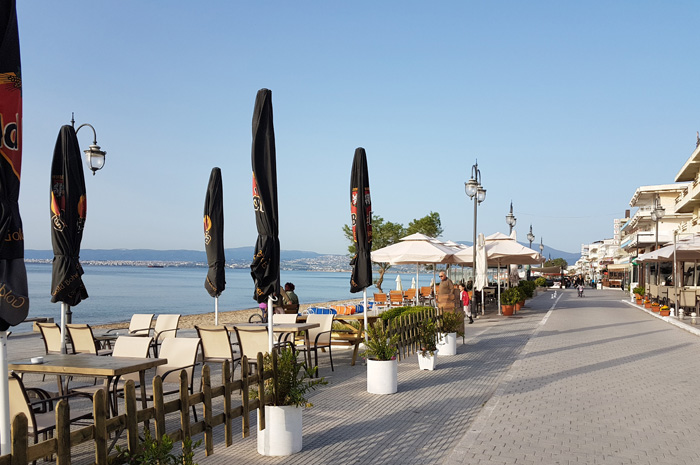 The waterfront propped up by the remains of the winter storms and from rubbish too. 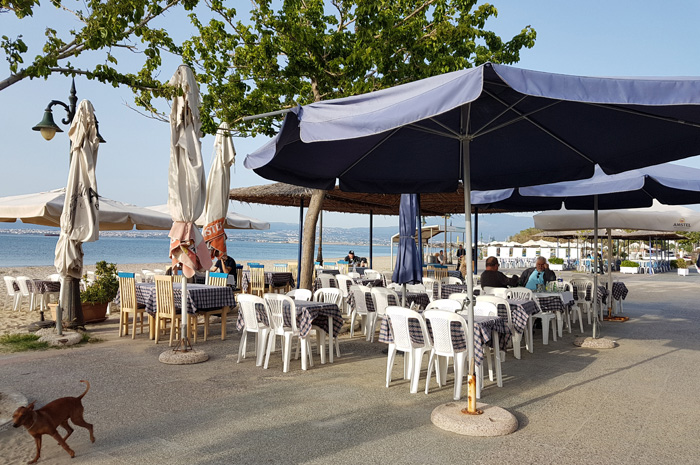 The variety of the already opened beach cafe first let us check the "location", then to make a decision, which ....

directly led us to the magnificent sandy beach. Tables and chairs were set up just a few meters from the water line, the feet in the already warm sand. 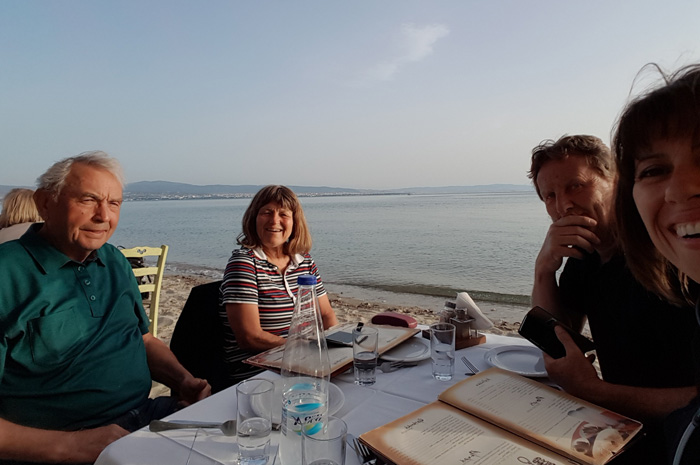 As our conversation also touches the still cold temperatures in the north-west of Europe, you can only appreciate the privilege of staying here. 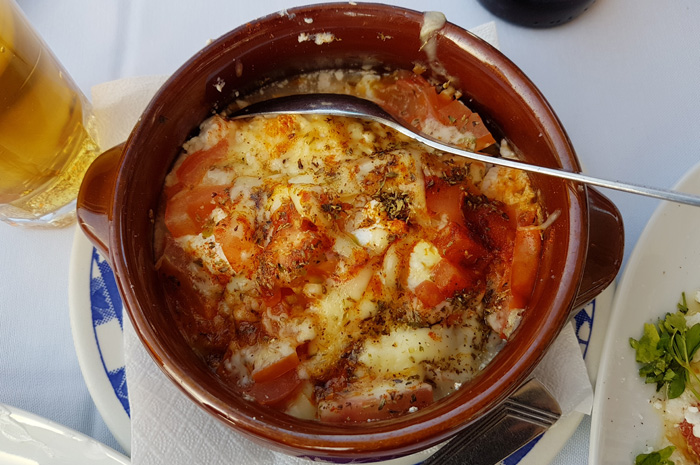 A first starter in the form of the fizzed cheese was already a first temptation. 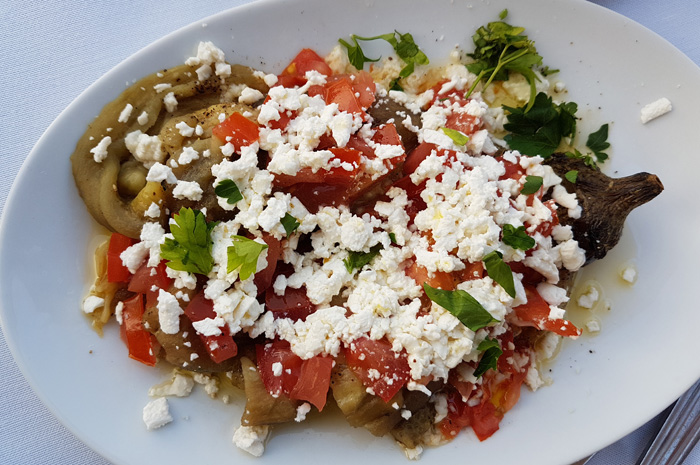 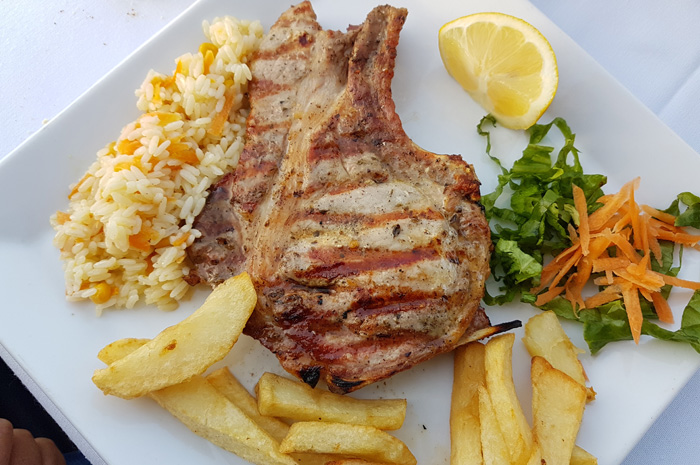 A grilled pork chop with real, self-cut French fries as a simple, but very tasty main course on the one hand, ...... 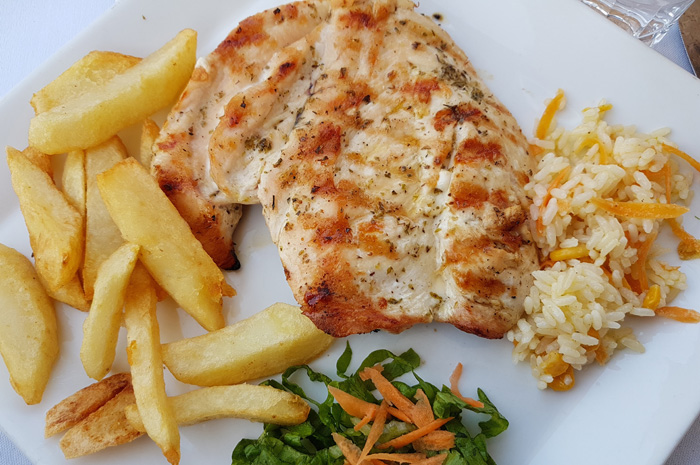 and a similarly prepared chicken with chips to the other. 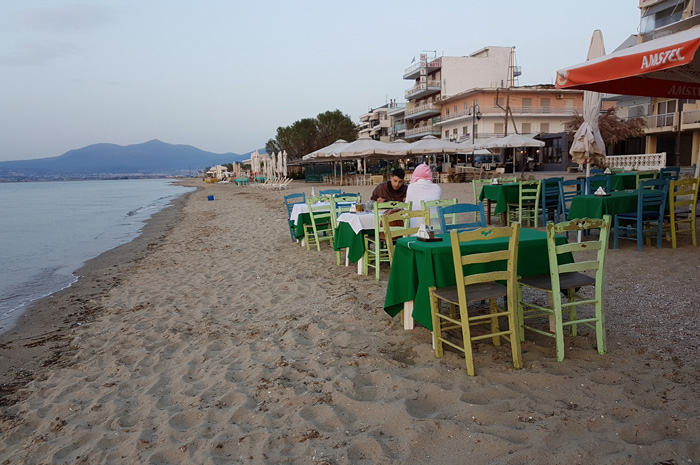 Other guests seemed to taste it too, even though it was cooling off already. 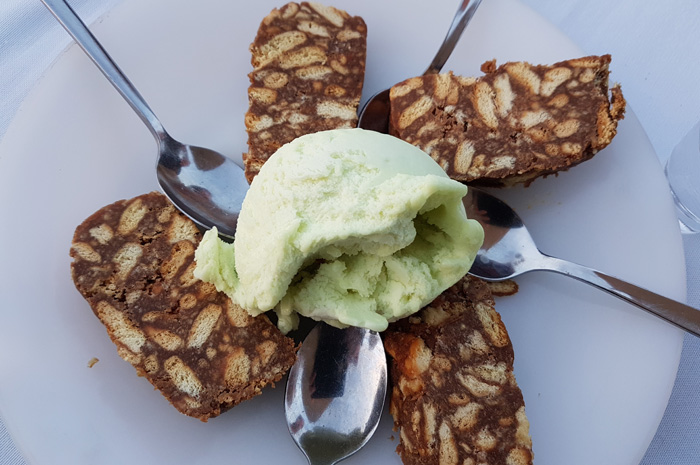 When then also a dessert at the expense of the house was served, the luck was already almost perfect, because ...... 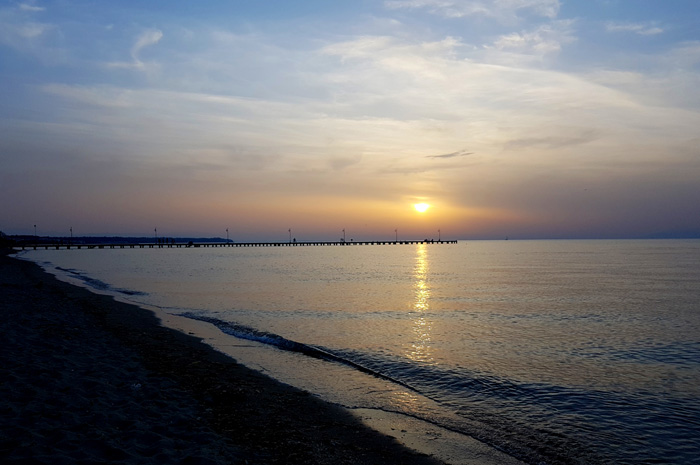 with the sunset the day was round.

One taste of Greece - to the history of Kourambie Cookie

Street restaurants and bars in the Ladadika district