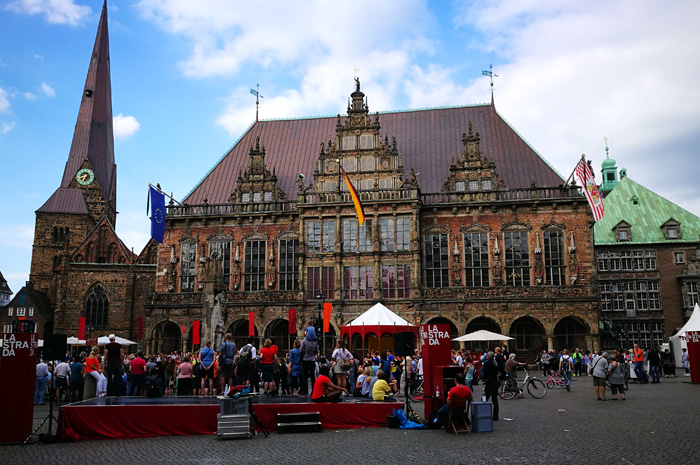 Again, it was just a short stay in Bremen, which we could use to look around for some cultural events happening around. We once have heard of the La Strada street festival, which is quite well-known already beyond the city limits, so it took our attention for an the afternoon stroll. 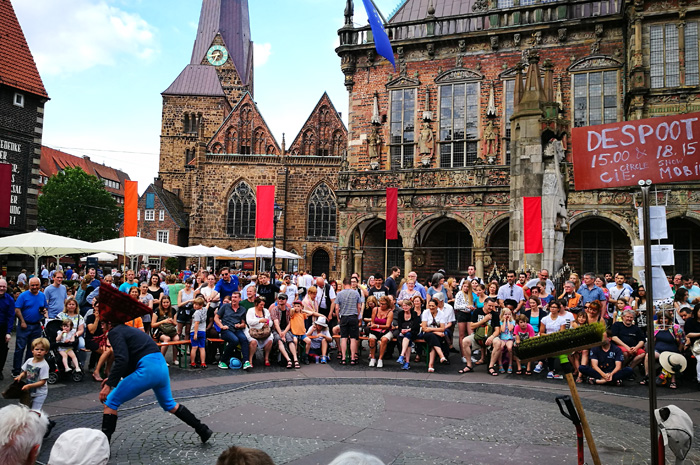 Every year in the summer, the street art festival La Strada opens its open-air stages (the city center and the ramparts) for some breathtaking shows by so-called international street artists, who usually perform even without a stage in front of passers-by. 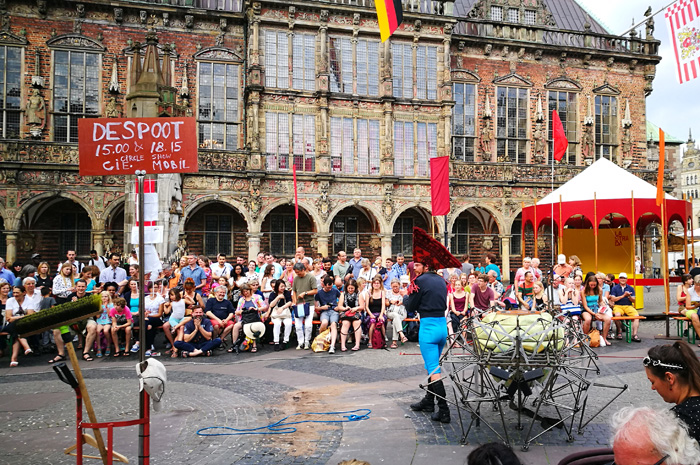 The La Strada festival is nowadays held in public places throughout Bremen's city center, and according to its own statements, "theatrical impulses that create creative restlessness and presents ... theater in public space". 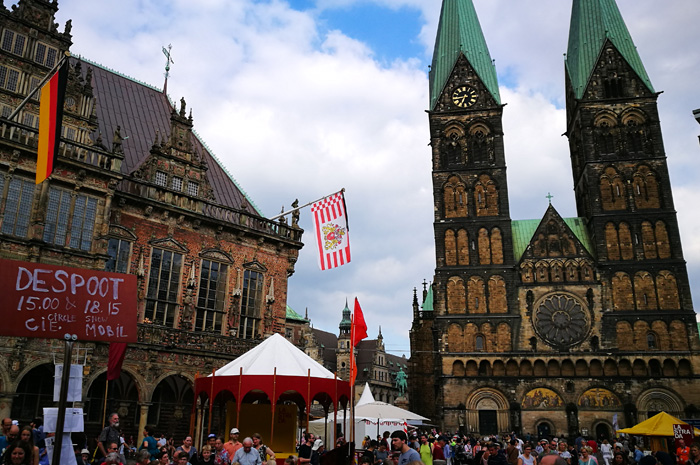 Visitors and guests to Bremen can enjoy theater, dance and artistry as close to the skin as possible during the three days event. The market square, the cathedral square and the ramparts become the scene of varied art. 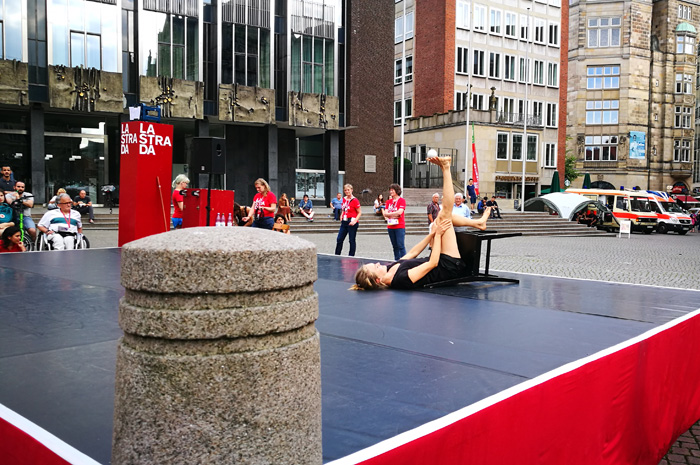 La Strada offers a varied program for young and old from elaborate productions, easy entertainment and stimulating theater performances to artistic play.
More then 140 performances from 27 groups from 11 countries await the audience. In doing so, the viewer is often involved in the performances himself and thus part of the show. 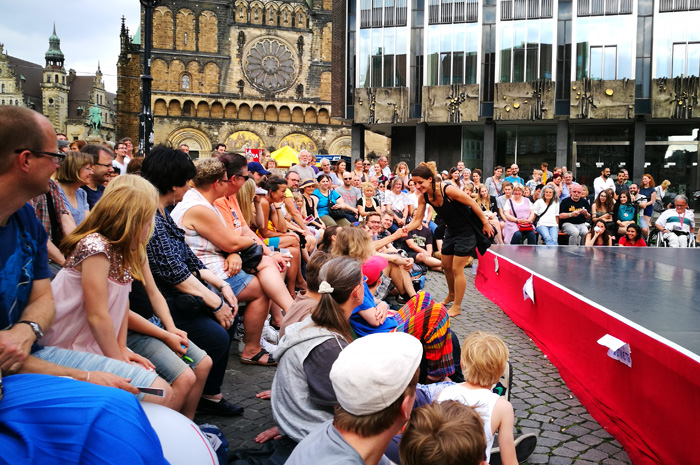 The program ranges from circus artistry, theater, cirque nouveau, masquerade theater and music clownery to the staging, acrobatics, jugglers and roller-play. Here in the pictures the two jugglers are to be seen in a mixture of artistry, ball game and rolling game. 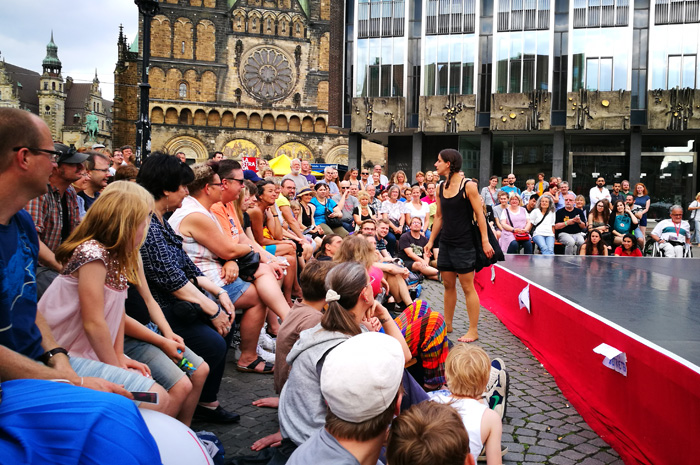 Apart from a few exceptions, there is not even a stage, as the festival is oriented towards the proximity between artists and the public. 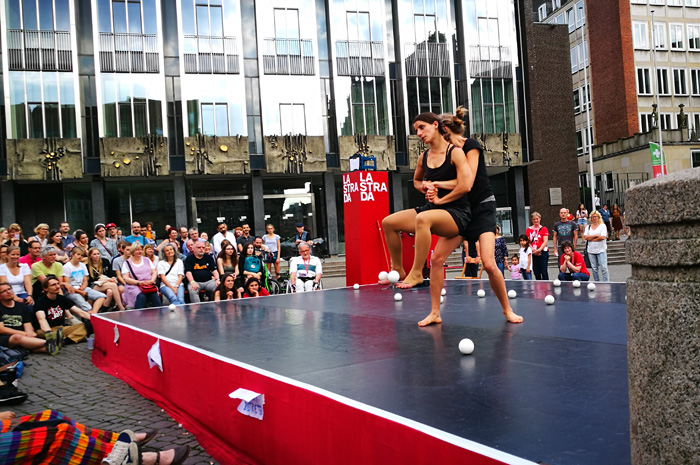 La Strada is made possible by the use of many voluntary helpers, which are called angels here, as well as financial support from the city of Bremen and sponsors and donors, who of course are not in that sufficient numbers, so the artists at the end of the show have to ask their audience for financial support. 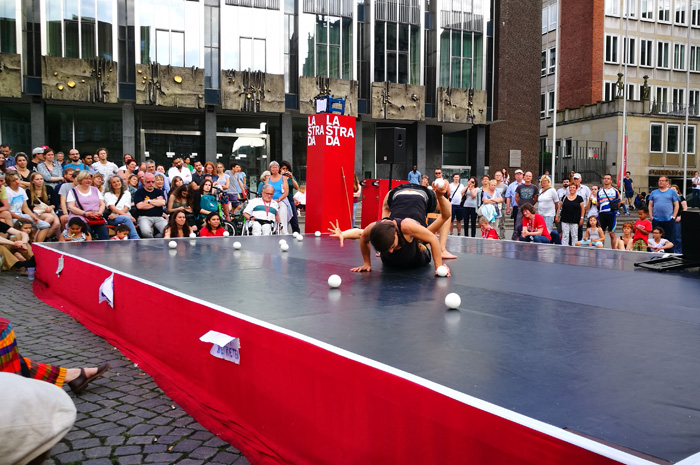 The name La Strada comes from Italian for 'The Street', which makes the reference to street artists understandable. Very unusual was the artist's play of the love couple, which hung on steel springs, played scenes from life - funny and surprising. 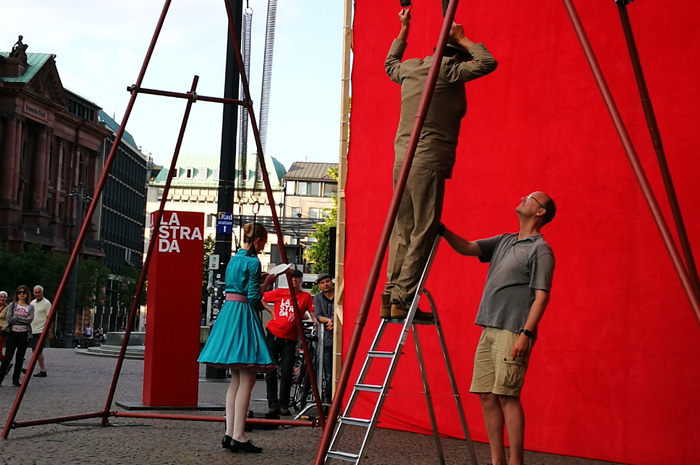 The festival was established between 1992 and 1994 from the cultural diversity of the Bremen cultural initiatives Quartier e. V. (today Quartier gGmbH) and Kontorhaus - workshops for free stage art (today theaterkontor im kontorhaus). In 1994 the independent event La Strada was developed, which took place in the form of a summer festival with a street theater section in various Bremen districts. 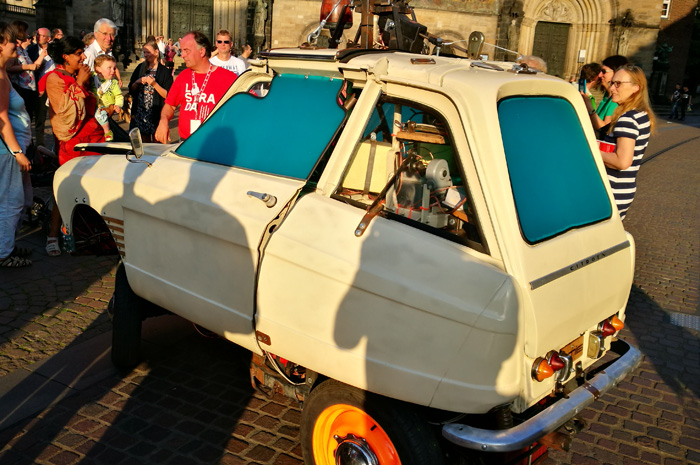 In 1999, the festival moved to Bremen's city center, where the events were spread out over the entire city center and mostly took place directly at tourist places. Since then, the event conception and organization have been organized by the theaterkontor in the Kontorhaus of the Neue Gruppe Kulturarbeit e. V. alone. 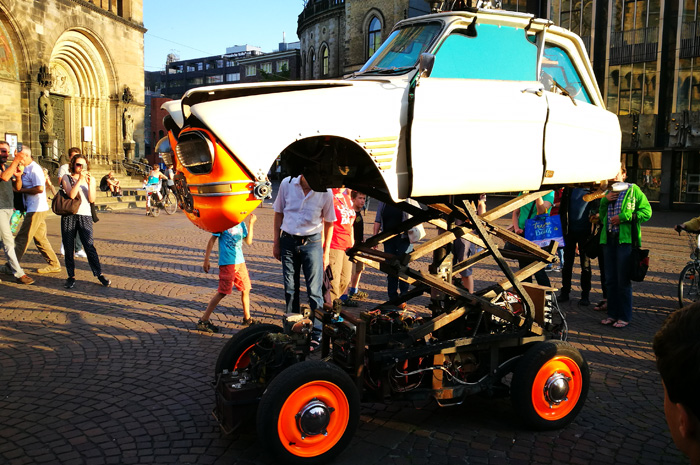 In the year 2000, the festival took place in Bremen as an external and ten-day sub-program of the World Expo Expo 2000, organized in the Lower Saxony capital of Hanover. In 2001, La Strada was relocated to Bremerhaven, where the festival was the main venue until 2005. In 2006, La Strada returned to the city center in Bremen.